The political right in India have held up Vedic culture as “Indian” culture, and therefore the idea that it could have a “foreign” origin – even if about three millennia old – is perceived to be an affront to Indian nationalism. 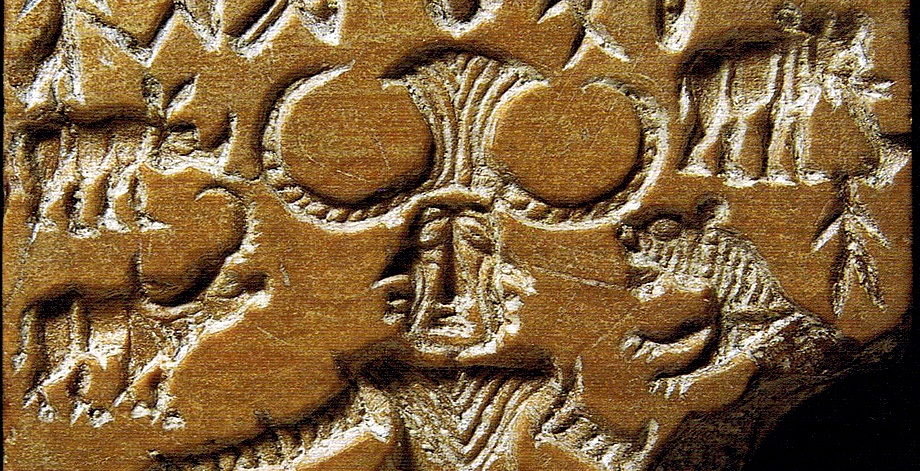 Recently, a calendar circulated by the Indian Knowledge Systems centre at IIT Kharagpur generated controversy. It presented an incoherent pastiche of imagery and symbols, various claims about the feats of ancient Hindus and, most of all, declared the centre’s purpose to be not study as much as to right a wrong: the idea, now well-established, that India’s Vedic culture isn’t indigenous.

1/5
Calendar of 2022 published by IIT Kharagpur with the theme of Indian Knowledge Systems. Read and share.
See the thread. 1/5
RT pic.twitter.com/3xgzoJdzh8

This is not an isolated event but part of a larger narrative about our origins that some are trying to establish contrary to all historical, linguistic and genetic evidence.

Where did we come from? This is a question people everywhere have asked themselves at one time or another. Attempts to answer it have helped us understand how humans evolved from primates and spread to every continent in the world – and how people of various countries and cultures came about.

In some cases, this is well documented. In the ‘new world’, mainly the Americas and Australasia, the invasion of Europeans led to the marginalisation and, often, extinction of the native culture. In western Europe, the Roman empire impacted almost every region linguistically and culturally. And yet ancient cultures and their products survive around the world – including in the form of non-Indo-European languages like Euskara (Basque) and Magyar (Hungarian) in Europe, and Brahui in modern Pakistan.

In other cases, a people’s origins haven’t been documented explicitly but have been inferred from multiple pieces of historical evidence. The Vedic culture, scholars widely accept, came to India from present-day Iran and central Asia. Evidence for this includes the similarity between Rig Vedic Sanskrit and the language of the Zend-Avesta; the importance of horses; and, recently, genetic evidence suggesting the introduction of some genes from central Asian steppe pastoral populations to the later Indian population, which are absent in Indus Valley samples.

And this is where things get political. Nobody can seriously claim that white Americans or white Australians are indigenous to those continents. But the political right in India have held up Vedic culture as “Indian” culture, and therefore the idea that it could have a “foreign” origin – even if that origin is about three millennia old – is perceived to be an affront to Indian nationalism.

Indeed, the Indus valley civilisation presents a big problem to such nationalistic hypotheses. We have numerous artifacts from the period none of which have any resemblance to Vedic culture. There are no signs of large religious structures such as temples or palaces for rulers. Instead, it appears that there was an indigenous, flourishing urban civilisation for a couple of millennia before the Vedic culture took root – and quite different in nature from what the Vedic texts describe.

We have found numerous seals with markings in a script that we have yet to decipher, and images and figurines unlike any other depicting some animals such as bulls, but nothing resembling a horse. But some, including the people behind the IIT Kharagpur calendar, have tried to claim some of these images show horses. Meanwhile, there is no archaeological evidence that the Vedic civilisation had planned urban designs similar to what we have seen in the Indus valley sites – nor do Vedic and mythological texts describe such urban systems in detail. Perhaps they existed, perhaps they didn’t.

There’s more. Excavations in Keezhadi, in Tamil Nadu, demonstrate an ancient urban civilisation dated to 500-300 BC – well into the Vedic age – with remarkable parallels to the Indus valley civilisation, including geometric outlays for houses, evidence of planning, bricks for building, a sewage system, pottery fragments and other artifacts. But again, there is no suggestion of a Vedic origin. This does not indicate that there was a link between Keezhadi and Indus but it does indicate that ancient non-Vedic civilisations existed in the subcontinent.

Recently, scientists sequenced the DNA of an individual who lived in Rakhigarhi during the Indus valley civilisation, around 2,500 BC. They found no sign of admixture of steppe pastoral population. Remarkably, multiple commentators pounced on this finding as a “refutation” of the “Aryan invasion hypothesis”. But what it really refutes is the idea that the Harappans were the forerunners of the Vedic Indians. Instead, they had a different ancestry: it did include some ancient Iranian hunter-gatherer ancestry but not the later Iranian farmer or steppe pastoralist ancestry.

This brings us back to the IIT Kharagpur calendar.

The calendar is an embarrassment to an academic institution. On its first page, it declares itself to be a “rebuttal to the Aryan invasion myth” and promises “twelve evidences” (sic). This evidence ranges from confusing claims about “law of space-time causation” and “nonlinear flow and changes” – whose relevance to the Indus valley is not clear at all – to the suspension of belief, in the form of a “unicorn” – plainly a bull – depicted on a seal. The calendar also ignores well-established similarities among Indo-European languages, and fails to acknowledge that Dravidian languages are an entirely distinct linguistic family and that one example, Brahui, survives in Pakistan to this day.

Overall, the calendar is low on science and fact, and high on polemics and propaganda.

The Indus valley civilisation is a remarkable and ill-understood finding on our subcontinent. It is unfortunate that it has been politicised, renamed in ludicrous ways, like “Indus-Saraswati civilisation”, and has sought to be appropriated into an ideology that desperately requires Vedic culture to have been indigenous to India and insists that the same culture was the only one indigenous to India.

It is much more unfortunate that elite academic institutions like IIT Kharagpur are perpetuating this politicisation. In the Indian context, this is worse than ordinary pseudoscience: it is an attempt to push a narrative that marginalises or denies the histories of other people on the subcontinent. That a nationally prominent institution, an ‘institute of eminence’ no less, is doing this is cause for alarm.

Note: This article was edited at 7:56 am on December 30, 2021, to reflect the fact that the R1a1 gene couldn’t have been found in the Rakhigarhi specimen because the specimen was female whereas this gene is present on the Y chromosome. Nonetheless, the study’s conclusion holds, and the sentence has been corrected accordingly.

Rahul Siddharthan is a computational biologist at the Institute of Mathematical Sciences, Chennai, with a general curiosity about where we all came from.