In 1921, a group of expatriate Indian revolutionaries arrived in Moscow, hoping to form a communist party with Soviet support – only to learn that it had been already founded. 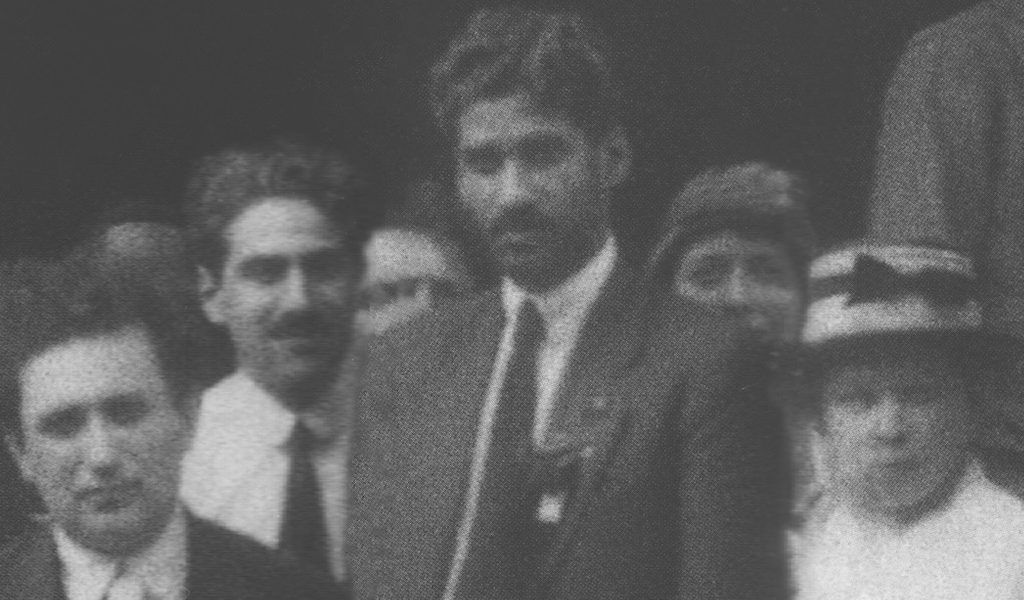 M. N. Roy with other delegates at the Second World Congress of the Communist International, Petrograd, 1920. Photo: Wikimedia Commons

It was March or April in 1921. A delegation of a dozen expatriate Indian revolutionaries, who had been based in Berlin for a few years, reached Moscow on the Soviet Russia’s invitation. They were there to talk to the Communist Party of the Soviet Union (CPSU) and the Third Communist International (Comintern – the international guiding centre for a world revolution at that time), about a plan for the Indian revolution.

But a piece of rather shocking news greeted them in Moscow – a communist party for India had already been formed in October 1920, without any of them knowing about it.

Most of these revolutionaries had been engaged in a conspiracy with the Germans, against Britain, since the beginning of the First World War in 1914. The failure of the ‘Indo-German plot’ by 1916 and the Bolshevik Revolution of 1917 prompted them to look to Russia as an ally in India’s struggle for Independence, all the more so after the Comintern announced, during its First World Congress in 1919, that it was obligatory for them to stand by “the national liberation movement of the oppressed people of the colonies and semi-colonies”. 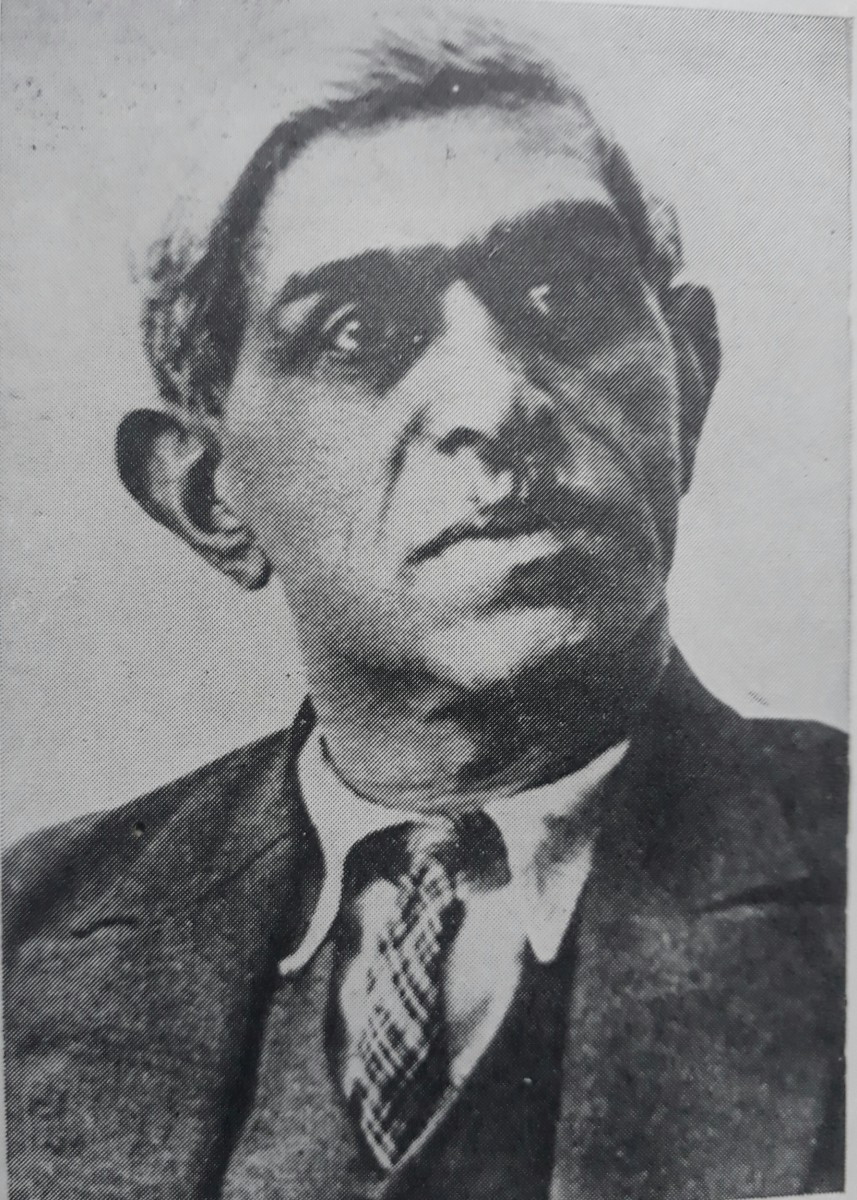 The Indian delegation in Moscow was led by the maverick Virendranath Chattopadhyay of the Berlin-based Indian Independence Committee (IIC). Chattopadhyay had been drawn to socialist ideals years earlier and had attended the International Socialist Congress in Stuttgart, Germany, in 1907. He had worked with the French Section of Workers’ International in 1911-13, and attended the 1917 edition of the Socialist International Congress in Stockholm, Sweden, where he met prominent Bolshevik leader Konstantin Mikhailovich Troyanovsky just before the ‘November Revolution’ of 1917.

Troyanovsky invited him to Russia at the earliest, but due to other engagements, Chattopadhyay managed a visit only in November 1920. Soviet authorities then asked him to return with a proper delegation, involving more Indian freedom fighters. Now he was back with a proper delegation that included some of the most renowned names among expatriate nationalists – Bhupendranath Datta, Abdul Hafiz Mohamed Barakatullah, M.P.T. Acharya and Pandurang Sadashiv Khankhoje, among others – but a communist party had already been formed without their knowledge!

Going by Datta’s accounts in his 1953 book Bharater Dwitiya Swadhinatar Sangram: Aprakasita Rajnitik Itihas (India’s Second Struggle for Independence: Unpublished Political History), they learnt from a brief report in an English daily newspaper in Moscow that M.N. Roy, whom they knew, had not only led the formation of the Communist Party of India (CPI), but also managed to get the CPI formally affiliated to the Comintern.

This effectively meant that the CPI would be the official channel through which communist activity would be directed in India. What was stranger still was that it was Roy’s American wife, Evelyn Trent, who had travelled from Moscow to Berlin in early 1921, to hand over to this delegation papers that would grant them entry to Russia. Even then, she had not broken the news to them.

They were, understandably, upset. After all, several of those who made up the delegation were of greater repute than Roy when it came to being representatives of India’s freedom struggle. Maulavi Barkatullah, of the group, had even met Vladimir Lenin at the Kremlin in May 1919 to discuss Russian support for the Indian cause.

In his memoirs, Roy says that he sensed from their first meeting in Moscow that the members of the delegation were hostile towards him. According to Datta’s account in his book, members of the delegation submitted a typed statement to the Comintern authorities that said, among other things: “We are endeavouring to form an Indian party taking with us all those who have accepted communist ideology… But if some people sitting in Moscow form a communist party without letting us know, we will not accept that nor cooperate with it in any way.”

Also read: Of Underground Asian Revolutionaries and a Deadly Blow to European Imperialism

But Roy had by that time earned the trust of the Soviet authorities and had become a member of Communist International’s Central Asiatic Bureau. His journey had been no less dramatic than that of the other transnational revolutionaries. Leaving Kolkata in 1915 in search of a shipment of German weapons, as part of the ‘Indo-German conspiracy’, he landed in the US in 1916, where he became a communist while studying Karl Marx’s books in the New York Public Library. In 1917, he went to Mexico, where he joined the Socialist Workers’ Party. By the end of the year, he was its general secretary. 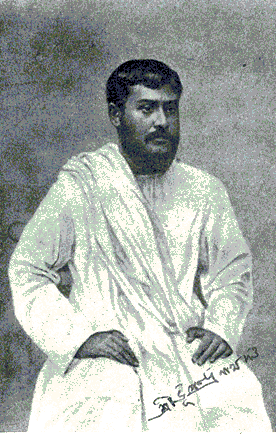 The Socialist Workers’ Party became the Communist Party of Mexico in 1919, and Roy continued as general secretary. In this time, Roy met senior Bolshevik leader Mikhail Borodin, who arranged for Roy’s entry to the Comintern’s Second World Congress, as a representative of Mexico, in 1920.

During the Congress, he impressed Lenin to such a degree that Roy’s thesis on communist policy in colonial countries was added as supplementary to Lenin’s own thesis on the subject. Subsequently, Moscow entrusted Roy with the work in the East (Asia). Roy forgot Mexico and led the formation of the CPI in Tashkent, an Uzbek city then under Soviet control.

In Moscow, in April 1921, following the Berlin delegation’s objections to working with Roy, the Comintern decided to appoint a commission to resolve the conflict. It was to be headed by senior Dutch communist leader S.J. Rutgers, with Borodin, German communist leader August Thalheimer and the British Tom Quelch as members. Rutgers and Borodin had already met the other revolutionaries in Berlin at the beginning of 1921.

As the commission began its work, a fresh row broke out. This was over Roy’s association with Abani Mukherjee, who along with his Russian wife Rosa Fittingof were members of the CPI. The Berlin representatives held Mukherjee to be a traitor; they pointed out that in order to save his own skin when arrested by British police in Singapore, he had divulged the names of a number of revolutionaries operating in India. These revolutionaries were subsequently arrested and hanged.

This dispute was somewhat resolved as Mukherjee was kept away from the discussions.

Then came a fresh objection, from Chattopadhyay, protesting Rutgers’s decision to treat members of the delegation as individuals instead of a group. The talks broke down and were revived only about three months later, around the end of July, after the conclusion of the Third World Congress. There was a new commission now, with Hungarian communist Matyas Rakosi replacing Rutgers at the head and the British communist Tom Bell and Troyanovsky taking the place of Quelch. All these were senior members of a global communist think-tank of the time.

During discussions held over two days, there appeared three theses on the possible modes of work in India. One, drafted by Chattopadhyay and three others, called for replacing the newly formed CPI with a revolutionary board that would be helped by the Soviet Russia to free India from British rule. This board would include communists and nationalists. This thesis propagated a collaboration between classes in India until India was free of the British. The Comintern was not in favour of the proposition and called it ‘nationalistic’.

Also read: Even in Prose, Subhash Mukhopadhyay Yearned for a More Equal World

Datta put forward a separate thesis, which proposed that a communist party, if formed in India, needed to work closely with the nationalists. Otherwise, where would the communist party get its cadres from?

Roy submitted the thesis that was approved by the Comintern as supplementary to Lenin’s colonial thesis. It opposed communist collaboration with the national bourgeoisie, on the grounds that the bourgeoisie in relatively developed colonies such as India and China, in their own interests, looked to join hands with foreign capitalist powers and were prone to betraying the masses in their struggle for freedom. Communists, therefore, needed to invest in building communist movements in colonised countries, Roy argued, with the workers and peasants of the land as their base.

The commission eventually ruled in favour of Roy, and refused to disband the CPI.

Roy had, during the course of the Third World Congress, gained further importance after being elected to the Executive Committee of the Communist International (ECCI), the central decision-making body of the coming world revolution.

Most members of the Chattopadhyay-Barkatullah-Dutta delegation returned to Berlin around July-August, utterly disappointed.

Roy, having become the authority on communist activity in India, wasted no time. His aim was to launch an ideological battle, focused on underlining ways in which the Indian National Congress would never be able to truly stand by the workers and farmers of India. He would establish a network of contacts in India by the end of 1921, with his messenger Nalini Gupta first reaching Mumbai and then Kolkata. Through other means, Roy’s ‘Manifesto to the 36th Indian National Congress, Ahmedabad, 1921’ reached some of the delegates at the Congress session held in December.

The chain of events introduced a new question in India’s struggle for Independence: of what benefit it would be to India’s toiling farmers and workers if Indian capitalists exploited them instead of foreign capitalists.