Delhi's Imperial Hotel and its Connect With Modern Indian History

It was at the Imperial that Gandhi, Jinnah, Nehru and Lord Mountbatten met to discuss the Partition of India. 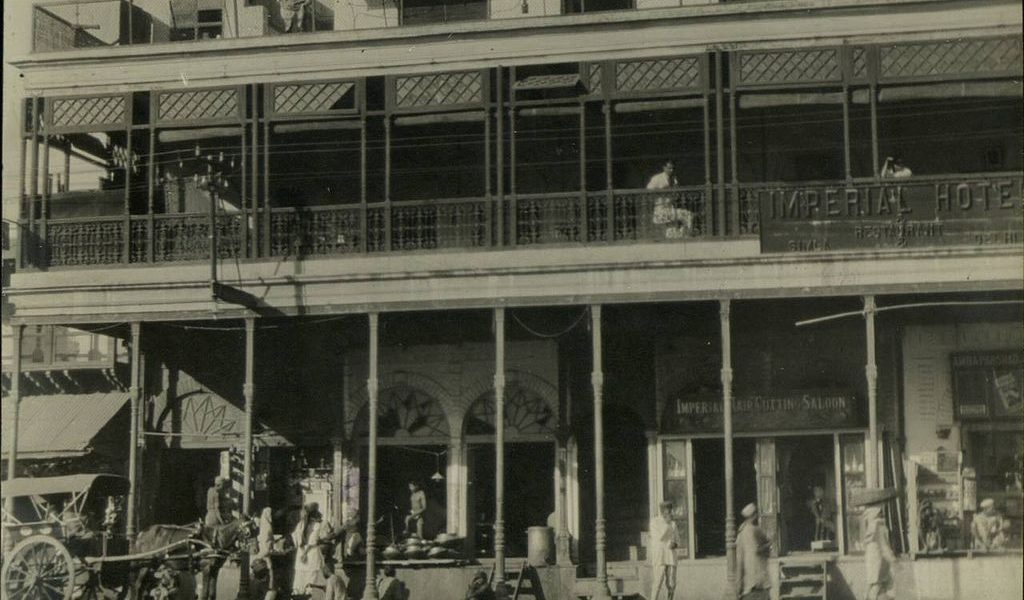 The year was 1936. It had been quarter of a century since Calcutta had lost out to Delhi as the Imperial Capital in 1911. The only King Emperor of India to have stood on Indian soil as Sovereign, had dramatically announced the transfer of the Imperial Capital at his grand Coronation Durbar which was almost overshadowed by the Baroda Maharaja’s disrespectful royal audience.

Delhi was again the heart of India and it drew visitors from far and wide. Lord Willingdon was India’s 22nd Viceroy.  His wife would be remembered for having given a new life to the Lodhi Garden, which was the final resting place for many a Lodhi prince.

Lord Willingdon was the chief guest at the grand inauguration. The rooms could be rented for an exorbitant price of Rs 20 a night! Willingdon held a regal ball for 15,000 guests hoping to raise more funds to furnish the hotel.

The founding mother of Lodhi, Vicereine Willingdon was also seen immersed in supervising the interior designing of the hotel. It was she who came up with its name – The Imperial! For good measure she even “conferred” the lion insignia on the hotel. However, while the imperial reign over Delhi would wind up within 16 years of the city being constructed fully, The Imperial would continue to live up to her name.

The hotel was built by Sardar Bahadur Ranjit Singh. His father Rai Bahadur Sardar Narain Singh was the principal organiser of the grand 1911 Delhi Durbar for King George V and Queen Mary. The royal couple had certified that “they had never witnessed and never would witness again so impressive a ceremony as the Durbar”. The son was now determined to outdo his father. Only, he wanted to create something more grand and more permanent.

He engaged the architect F.B. Blomfield to conceptualise his fancy new hotel, which, like the melting pot that is India, was to be built as a fusion of three styles – Victorian, Old Colonial and Art Deco. The great Sir Edwin Lutyens was a visionary and his plans for the new capital city not only contemplated broad avenues but also earmarked space for a grand hotel that would be listed amongst the legendary “Four Maidens of the East”, which included The Strand Hotel in Rangoon, Raffles Hotel in Singapore and The Great Eastern & Oriental in Calcutta.

Blomfield was also the creative mind behind the Queensway (now Janpath) that led to the Imperial and the Kingsway (now Rajpath)!

As India transitioned to independence, the Imperial would bear witness to history being made, like no hotel has. It was here that Cripps sat for lunch with V.P. Menon and Henry “Harry” Vincent Hodson, reforms commissioner, for lunch, as it dawned upon him that his mission for Indian independence was doomed to fail. As staff of the Imperial filled his glass, a dejected Cripps toasted, “If all this fails, gentleman, at least the Sikhs will be pleased. ”It was a reference to entire Punjab going to a Moslem Rule under his plan. Cripps then shared aloud a thought that perhaps a “redrawing of the federal units” would be necessary. Narayani Basu observes, “In that exchange over a long lunch at the Imperial, was born, what Hodson would always be convinced was the germ of Jinnah’s ‘moth-eaten Pakistan’.”

The Imperial was indiscriminate. Aga Khan Sultan Mohamad, who was demanding a separate Pakistan, had retained an entire floor for ten years. The Nehru family retained a permanent suite in the hotel for 25 years. Whenever Jinnah was in Delhi, before he purchased his 10 Aurangzeb Road property from Bisakha Singh in 1938, he would either stay at the Maidens or at the Imperial.

It was at the Imperial that Gandhi, Jinnah, Nehru and Lord Mountbatten met to discuss the Partition of India. The staff still maintain the table where Jinnah and Jawaharlal Nehru sat. Nehru and Jinnah held regular press briefings at the hotel lobby in the run up to the Midnight Hour. Ramachandra Guha claims even the rulers of the princely states met at the Imperial as Sardar Patel, the states integration minister tightened the screws.

Insiders will even point to two sets of staircases to indicate how once they came to the rescue of India’s two main protagonists – Nehru and Jinnah, to avoid what would have been an embarrassing face-to-face at the Hotel!

The Imperial was a favourite of the Qaid and the League even held its crucial All India meeting there to ratify the Mountbatten Plan for a “moth-eaten Pakistan”, on June 9, 1947, as Pakistan was taking her final shape. In fact, it is said that Pakistan was born in the Royal Ballroom of the Imperial. It was at this meeting that Qaid-e-Azam dramatically announced to the assembled 425 delegates, “I have done my job.” The previous year, the hotel had hosted the Council Meeting of the All India Muslim League on June 5-6. The League’s leaders, checked into the hotel’s rooms, would be in touch then with the Qaid, as the party was fashioning its response to join an interim government led by Nehru. Now, as India was breaking up, the leaders again met at their favourite hotel one last time! 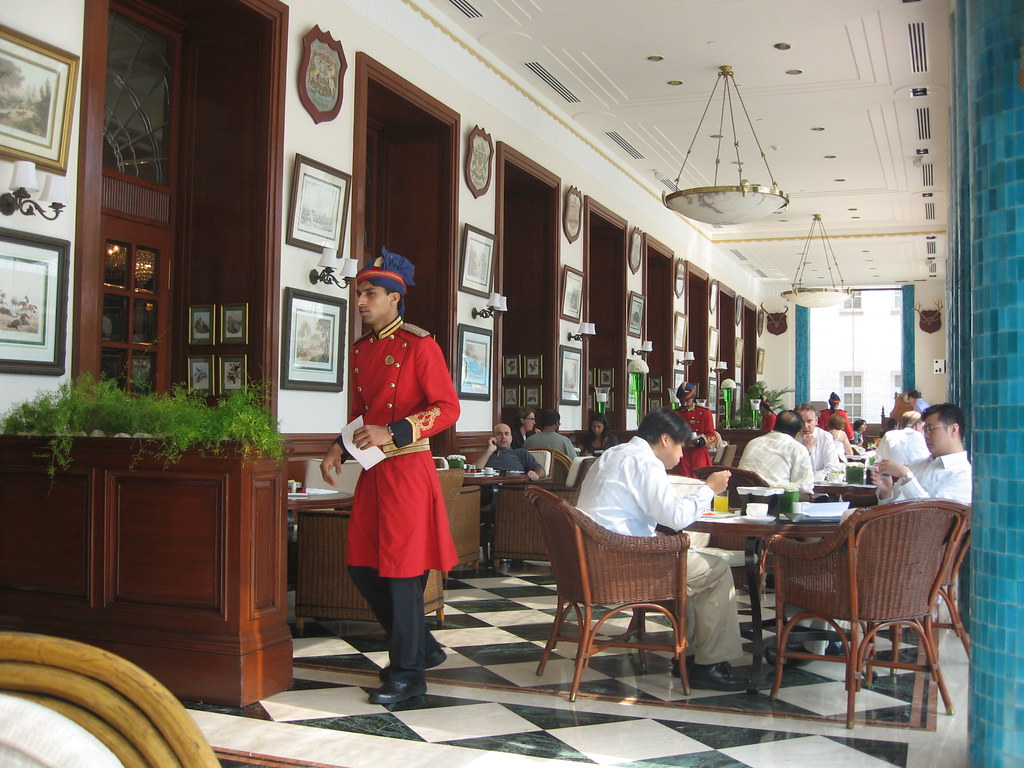 Huseyn Shaheed Suhrawardy, who was Bengal’s League premier, had also taken a flight to attend this meet. On June 3, 1947, the Bengal League delegates had met at his Calcutta House and had decided to oppose the Mountbatten Plan which would dissect their Muslim-majority Bengal. However, when the delegates landed up at the Imperial, after a harrowing train journey, they were surprised to find that the charm of the Qaid, or his favourite hotel, had led to a change of heart.  Now he was lobbying to sign them up to support Jinnah’s resolution! Outside the Imperial, on Queensway, many young Muslim students flocked to bear witness to history.

The Imperial was to witness more drama that day. Alex von Tunzelmann writes in Indian Summer: The Secret History of the End of the Empire:

“Suddenly, a mob of fifty Khaksars – the fundamentalist sect that had been massing in Delhi for a month – burst through the palm colonnade on to the lawn, waving sharpened spades and shouting, “Get Jinnah”.  The hotel guests scattered; cups of Darjeeling smashed on to the marble tiles, and chairs and tables overturned as the Khaksars stormed through the lounge and up the staircases.  There they were met by the Muslim League national guards, and a battle ensued.  Jinnah would be been entitled to panic: the only serious assassination attempt ever made against him had been by a Khaksar who had broken into his house and stabbed him, four years previously.  Instead he remained perfectly calm, and continued with his meeting while clashes, screams and thuds echoed up the stairs.”

To cries of “Shahenshah-e-Pakistan”, he replied “I am a soldier of Pakistan, not its emperor”, as the Imperial witnessed total pandemonium. In this chaos, the Pakistan Resolution was carried by 300 votes with, and 10 voting against.

Nayantara Pothen writes that “The damage to the hotel was considerable – the grill-room was a shambles. The air-coolers were smashed and its furniture broken up.  Yet a party from the Viceroy’s House still dropped by for dinner later that evening.”

That evening, the guests at the Imperial still managed to dine amidst the carnage, many still rubbing their tear gas affected eyes. The Vicereine Lady Mountbatten also was a visitor for dinner that night. She navigated through the wreckage and made her way to the Mughal Suite on the first floor.

The Imperial Hotel and its saga of shaping the destiny of the Midnight’s Children was not over. Patrick French writes about how Jinnah was trying to tempt the Maharaja of Jodhpur to put in his lot with Pakistan.

Also read: Remembering the Centenary of the Re-Entry of Dalits into the Golden Temple of Amritsar

Hanwant Singh came to Delhi and met Jinnah. He was staying at The Imperial too. The Qaid tried to tempt the Maharaja with free access to the Karachi Port, sale of weapons and control of the railway line to Singh. It seems the Maharaja was all set to jump ship when a “South Indian government officer” (identified as V.P. Menon by M.J. Akbar) showed up at The Imperial reception and asked for its royal guest. The message was simple. He was wanted by the Viceroy immediately at the Government House (now Rashtrapati Bhawan). Reluctantly, the Maharaja proceeded for the meet and Louis saved Jodhpur for Nehru!

As the midnight hour struck, the Imperial continued to win the hearts of those who had fought against imperialism. Many of the members of the Constituent Assembly would patronise its facilities. It is even scandalously claimed that large parts of the Indian Constitution were drafted in the hotel’s billiards room!

Through modern history, many a hotel has achieved fame and infamy. One can recall the Dacca Intercontinental were the foreign journalists were holed up during the Fall of Dacca in December 1971. This hotel, which had earlier housed the leader of the West Wing, Zulfikar Ali Bhutto, and hosted the final failed talks he conducted with Bangabandhu Mujib, went on to provide sanctuary to the international press which sent out horrific dispatches on the brutal genocide unleashed on the Bengalee people to the outside world. Hotel Rwanda located in the centre of another genocide, years later, also made it to the silver screen! The Metropole Brussels brought scientists Madam Currie and Einstein under one roof only to open its doors to the Nazi Leaders during the occupation. Across the Atlantic, the Watergate Hotel, and the break in into the democratic party office housed there brought down the mighty presidency of Richard Nixon!

Yet none can match the glory of Hotel Imperial. Loved and patronised in equal measure by adversaries who would go on to shape the destinies of an entire subcontinent for generations to come, the walls of this building are a silent witness to the birth and shaping of India as we know it today.