The Hindutva right has taken to comparing vigilante killers with India's freedom fighters, which not only sanitises the image of murderers but denigrates the independence movement. 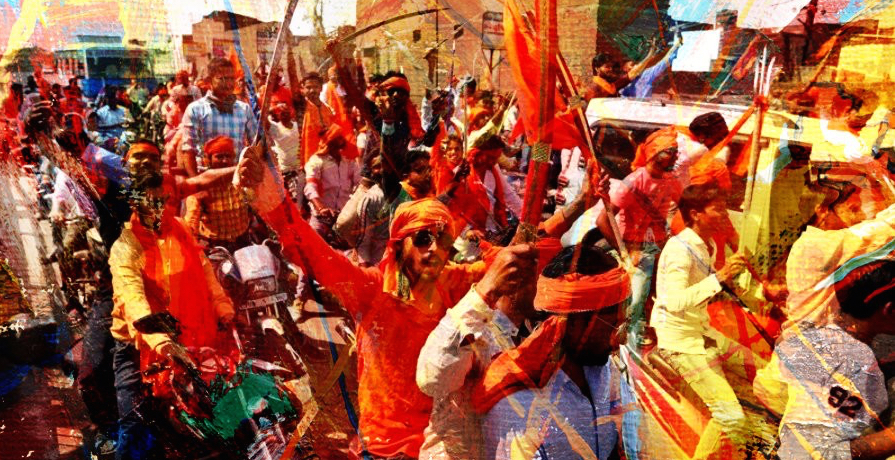 “Though this be madness yet there is method in it.”
∼ William Shakespeare’s Hamlet

“Cow protectionism was the spirit behind India’s freedom movement.” This innocuous-sounding statement from Union minister Nirmala Sitharaman, made in parliament while she defended the sealing of illegal slaughter houses in UP, did not create a debate.

The real import of this statement is only now coming to the fore. The alleged killers of Pehlu Khan, a Muslim dairy farmer from Haryana, a self-proclaimed band of cow vigilantes, are being compared to the likes of Bhagat Singh. A video of Kamal Didi – who heads the Rashtriya Mahila Gau Raksha Dal and recently made it to the news when she forced the authorities in Jaipur to seal a hotel owned by a Muslim  – in which she is describing one of the accused as the “Bhagat Singh and Chandra Shekhar Azad of today” has gone viral.

For those who have been closely watching the rising incidents of cow vigilantism, there was nothing surprising about this glorification. They remember that the body of one of the accused in the Dadri lynching case was covered with the Indian tricolour. The fact that a crowd was mobilised by giving open calls using a temple loudspeaker, leading to the killing of Mohammad Akhlaq in front of his house for supposedly storing beef, is now just another page of history.

This sanitisation of the image of murderers should worry us all. Reports have appeared in a various newspapers that talk about how the accused are being projected as social activists. Even more disturbing is the manner in which freedom fighters are being openly denigrated by fanatical murderers to them. The historic struggle of the Indian people for liberation is being trivialised and debased – but this has been an established practice for the saffron right for some time now.

Close on the heels of BJP’s victory in the 2014 assembly elections, Suresh Soni, a senior RSS pracharak, created controversy with his address to 161 first-time BJP MPs at a two-day training camp organised by the party at Surajkund near Delhi. He compared the party’s electoral victory with India’s independence in 1947. “On May 16, the day of election results, it felt the same way as it was on August 16, 1947, when the British had left India,” he reportedly said.

This denigration of the freedom struggle also resonates with the Hindutva right’s essential but concealed disdain towards the anti-colonial struggle. According to them, the independence movement brought to power ‘pseudo seculars’ and their allies, and did great harm to the cause of a Hindu nation. Numerous instances show how the RSS’s founders ridiculed martyrs and the struggle.

This is K.B. Hedgewar, founder of the RSS, as quoted by his biographer C.P. Bishikar:

“Patriotism is not only going to prison. It is not correct to be carried away by such superficial patriotism.”

Here is a quote from M.S. Golwalkar, also an RSS supremo:

“There is no doubt that such men who embrace martyrdom are great heroes and their philosophy too is pre-eminently manly. They are far above the average men who meekly submit to fate and remain in fear and inaction. All the same, such persons are not held up as ideals in our society. We have not looked upon their martyrdom as the highest point of greatness to which men should aspire. For, after all, they failed in achieving their ideal, and failure implies some fatal flaw in them.”

Anyone who has studied the independence struggle knows that it was a ‘weak point’ as far as Hindutva formations in general and the RSS in particular are concerned. Much has been written about the fact that not only did the RSS not participate in the struggle, instead focusing on ‘organising Hindus’, but it even deterred its activists from joining the movement. In fact, the RSS played such an ignoble role during that tumultuous period that today they find it difficult to defend themselves over their inaction. To save themselves from such discomfiting questions, they either appropriate a leader from that period and show his or her proximity with the ideals of Hindutva or denigrate India’s martyrs.

History bears witness to the fact that from the days of the struggle led by the legendary Tilaka Majhi (1757 AD) to the historic Quit India movement (1942) or the Royal Indian Navy strike (1946), the near-200 years of British rule in India was met with resistance at different levels and led by different sections. The first half of the 20th century witnessed the coalescence of different anti-British forces under the Congress banner, the emergence of the Communist movement as well as the revolutionary movement led by the likes of Bhagat Singh and Chandrasekhar Azad, all of which posed a serious challenge to colonial rule. The emergence of the Indian National Army under the leadership of Subhash Chandra Bose is another memorable chapter of that period. But all of these developments, as well as the growing aspirations of the Indian people to be free, could not inspire the Hindutva ideologues to push the organisations they led to join this struggle.

Contrary to what they would like us to believe, there are strong commonalities between Hindu communalists and Muslim communalists. Neither the Hindu communalists led by the likes of Veer Savarkar and Golwalkar nor the group led by Mohammad Ali Jinnah participated in the Quit India movement. Their support for British rule is also evident in the fact that the Hindu Mahasabha was running coalition governments in Bengal and parts of today’s Pakistan with the Muslim League. While Syama Prasad Mookerjee, then the leader of the Hindu Mahasabha, was a senior minister in the Shahid Surhawardy-led government, his party supremo Savarkar was on a whirlwind tour of the country holding public meetings and appealing the youth to join the imperial British army with the slogan ‘militarise Hinduism and Hinduise [the] nation’.

Subhash Gatade is a writer, translator and activist.