Had the movement been launched, it would have strengthened the wider unity of the party and the revolutionaries, and inspired thousands of people to join the freedom struggle. 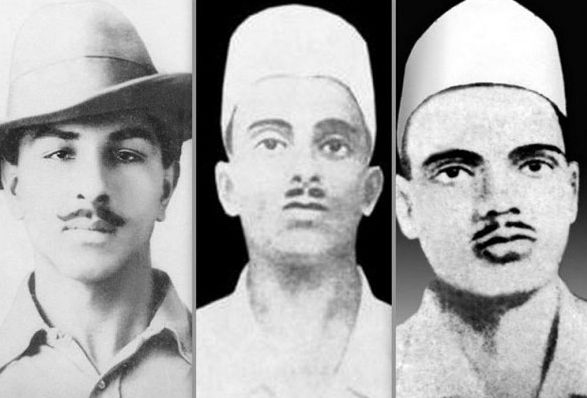 There are certain moments in history created by unique circumstances that have to be seized upfront. Such moments, if utilised properly, provide huge potential for progress, harmony and justice. But if such moments are lost, the unique opportunities they could have provided rarely return, leaving behind a trail of deep regret for missing out on the possibilities of great achievements for the betterment of humanity.

Such a moment in India’s history came in the previous century when three of the country’s bravest – Bhagat Singh, Sukhdev Thapar and Shivaram Rajguru – were given the death sentence by the highly arbitrary, contrived and manipulated justice system of the colonial regime. Violations of the principles of justice during the course of the trial were widely recognised, such that there was even a campaign even in Britain to take back the death sentence. In India, people across the country were vociferous in their demand for the death sentence to be withdrawn.

This was just the right time for the Congress-led mainstream freedom movement to launch a huge national level campaign demanding the death sentence be taken back, perhaps going so far as to say that a prison sentence would be accepted. In fact, a larger demand of the campaign could have been for the death sentence to be done away with completely for those who face trial for their involvement in the freedom movement.

Such a demand would have been well within the principles of peaceful struggles emphasised by Mahatma Gandhi. In fact, it has been one of the enduring demands of the peace movement that there should be no capital punishment.

In early 1931, the nation was ready for such a mass movement. It is well known that the Bhagat Singh Appeal Committees had been set up in all districts of Punjab and people, including students, had come out in huge numbers on the streets, braving police attacks, to demand the commutation of Bhagat Singh, Sukhdev and Rajguru’s death sentences. What may not be known is that at the other end of the country, the Tamil Nadu Congress Committee had insisted that commuting this death sentence was an essential condition for peace.

While Sukhdev and Rajguru were extremely brave and capable persons, Bhagat Singh should be singled out as someone who in due course would have emerged as a stalwart of the global socialist movement, in addition to his significant national role. Even a cursory look at his achievements in his young life is enough to convince anyone of the man’s potential. Millions of people, particularly women and youth, felt emotionally attached to Bhagat Singh and his comrades, and thus felt strongly about saving their lives.

Thus, the immediate aim of saving their lives was reason enough for the movement to be launched. Such a movement is, in fact, likely to have also succeeded in achieving much wider objectives.

At that stage in the freedom struggle, it was important to inspire and attract more people to join the movement. Bhagat Singh had clearly understood clearly that secretive efforts for freedom had limited potential in inspiring others. This is why even though the colonial regime had failed to catch him, Bhagat Singh came out in the open by indulging in a public act of defiance, offering himself for arrest. From then, all his acts were open to the public, serving as inspiration for others to join the freedom movement.

The great sacrifices that Bhagat Singh and his close colleagues like Jatindra Nath Das made in jail, including fasting for over 60 days and enduring torture and beatings, inspired a great number of people to join and support the freedom movement. Several thousand people gathered at various places to pay homage to Das when he died after a 63-day fast. Given this nation-wide sentiment, it is safe to assume that had a national movement been launched seeking the withdrawal of the death sentences, many people would have been inspired to join the larger freedom movement.

Unfortunately, this great opportunity was lost as the Congress failed to launch a big national movement for the commutation of the death sentence. Bhagat Singh, Rajguru and Sukhdev were hanged by the colonial regime on March 23, 1931.