Remembering Batukeshwar Dutt's revolutionary career, most of which was either spent in jail or hospitals, on his birth anniversary.

History often has the habit of relegating the number ‘2s’ to the margins, away from public memory. One such victim of history has been the HSRA revolutionary Batukeshwar Dutt, who is popularly known as the ‘associate’ of Bhagat Singh in the Assembly Bombing Case of 1929.

Dutt along with Bhagat Singh threw bombs in the central assembly (now parliament), to protest the Trade Disputes Bill and Public Safety Bill – introduced by the British government to curtail working class politics in India.  The Meerut Conspiracy Case, whereby three British communist activists were arrested along with 27 Indian trade union leaders, had alerted British authorities about the collaboration between Indian leaders who leaned towards socialism, and the Communist International.

The aforementioned bills were thus aimed at curtailing the activities of socialists and communists amongst the Indian working class.

Batukeshwar Dutt whose party alias was ‘Mohan’, was born on November 18, 1910, in Bengal’s Burdwan district to Goshtha Bihari Dutt and Kamini Devi. His early childhood was spent in Kanpur (Uttar Pradesh), where he studied at the Theosophical High School and Prithvinath Chak High School. It was while studying at the latter, that he made the acquaintance of Surendranath Pandey and Vijay Kumar Sinha, who went onto become his comrades in the future. He married Anjali Dutt in 1937 upon his release from the Andaman Jail, and had a daughter Bharati Bagachi.

Dutt died of cancer on July 20, 1965, in Delhi. He was frequently visited in the hospital by Bhagat Singh’s 85-year-old mother Vidyawati Devi, who had a lot of affection for him; she was with him during his last days. Dutt’s desire to be cremated in Hussainiwala (Punjab) – alongside Bhagat Singh, Sukhdev and Rajguru – was fulfilled by the then Punjab chief minister. A large procession had taken place in Delhi before his body was sent to Punjab by train.

Early life as a revolutionary

The journey of Batukeshwar Dutt as a revolutionary activist began in his early teenage years, after witnessing the brutal beating of an Indian child at the hands of British subject on the Mall road in Kanpur. The child had wandered on the road which was prohibited for Indians.

This incident left a huge impact on the young Batukeshwarr Dutt and he started to seek out anti-colonial activists. Through Sureshchandra Bhattacharya, who was an editor at Pratap, Dutt came in contact with the revolutionaries like Sachindranath Sanyal (co-founder of the Hindustan Republican Association in 1924). Both Bhagat Singh and Batukeshwarr Dutt joined the revolutionary party around the same time.

The friendship between Dutt and Bhagat Singh only grew as they spend time in Kanpur. When Kanpur was flooded in 1924, both Singh and Dutt volunteered to be a part of ‘Tarun Sangh’- formed to help the flood victims. Dutt writes:

“…both of us were assigned duty together. Both of us stood by the side of Ganga in night, holding Lanterns so that, somebody who went into the stream made an attempt to reach the shore could be saved …”

Dutt also helped Bhagat Singh learn Bengali and introduced him to the poetry of Kazi Nazirul Islam, which he would often sing.

After the Kakori conspiracy case in 1925, the Hindustan Republican Association (HRA) was in total disarray with the arrest of several of its leaders and activists. During this time Batukeshwarr Dutt moved to Bihar and later to Calcutta where he participated in the activities of Workers and Peasant Party.

Dutt’s good knowledge of Hindi came in handy for the nascent party which was working among a lot of Hindi speaking migrant labourers in Calcutta. Dutt used to write pamphlets and posters for the party and was also briefly engaged with the Howrah branch of Scavengers’ union of Bengal. But as the HRA began to re-organise due to the efforts of Chandrasekhar Azad and Bhagat Singh, Dutt moved back to Kanpur. Dutt often volunteered eagerly to be a part of any ‘action’ that the party was planning to undertake 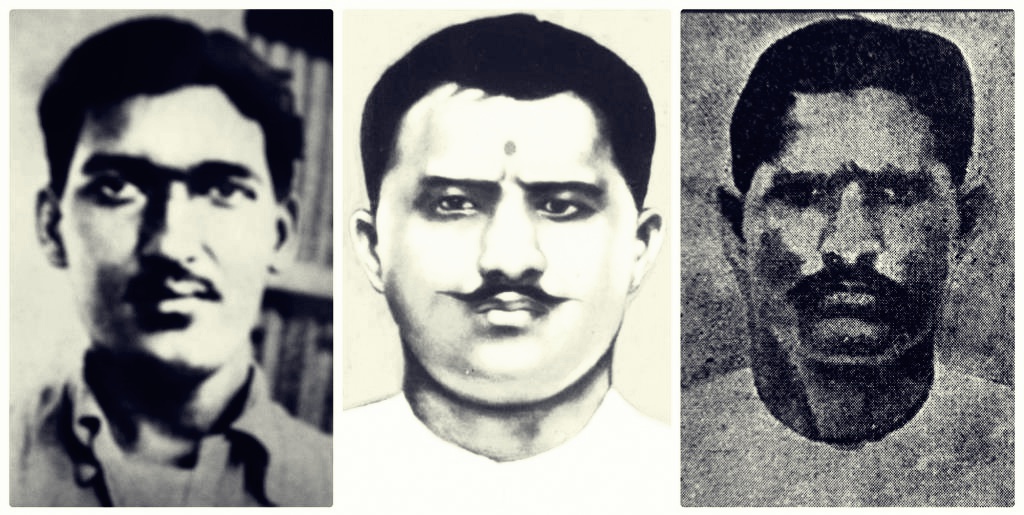 The Hindustan Republican Association (HRA) in its post ‘Kakori’ era, was rapidly moving from individual heroic actions towards mass politics. Earlier armed struggle, terrorism and retaliatory strikes were the favoured tactics to challenge the British empire. In 1927, its name was changed to Hindustan Socialist Republican Association (HSRA), identifying socialism as one of the primary goals to be achieved in the struggle for independence.

Also read: Remembering India’s Revolutionaries, and How They Laid the Foundation for Freedom

The leadership was eager to let the people know about their changed objectives, and the need for a revolution by the masses. It was during these times that reading of socialist literature became a popular practice among its members. It was the result of the percolation of such ideas among revolutionary groups of north India, that along with ‘Long live the motherland’, ‘Long live the revolution’ and ‘Down with Imperialism’ came to become commonly used slogans.

The HSRA kept a close eye on the protests and lockdowns observed by the workers in the country during 1927-28. The solidarity expressed with those from the labour organisations of other countries, the financial support provided by the labour organisations of England, the active participation of British labour leaders towards a consolidated labour movement in India and the introduction of two Bills by the government to curb the above consolidation were the most closely observed by the HSRA.

The two controversial bills had faced nationwide protests and thus the Viceroy (using his special powers) had decided to pass the Public Safety Bill and Trade Dispute Bill immediately. These laws would declare all strikes as illegal and would term any strike as a mutiny against the administration. This was seen as an opportunity by the HSRA, to raise a strong voice against the imperial state.

Along the lines of a French anarchist Vellan, it was decided that as it took a loud noise to make the deaf hear, HSRA members would explode bombs (non-life threatening) just before the passing of these bills. Subsequently, they would throw leaflets with a declaration against the exploitative practices of the British government and raise slogans of ‘Down with Imperialism’ and ‘Long Live Revolution’.

The revolutionaries were not afraid to lay down their lives at the altar of revolution, in order to end the exploitation of man by man. In jail, B.K. Dutt and Bhagat Singh started one of the longest ever hunger strikes in modern political history. The strike, which ran for 114 days, was meant to demand better living condition for political prisoners.

After the Delhi conspiracy case

Batukeshwarr Dutt was awarded a life sentence in the assembly bomb case and was deported to the Andaman Cellular Jail. In the Andamans, Dutt participated in two hunger strikes for the rights of political prisoners and against the inhuman torture. Along with that he also played an important role in establishing Communist Consolidation, a Marxist study circle comprising of co-revolutionaries like Shiv Verma, Jaidev Kapoor, Bejoy Kumar Sinha etc. Dutt also used to write the handwritten magazine titled ‘The Call’, for the study circle which was edited by Jaidev Kapoor.

In the Andaman jail, a majority of the revolutionaries from Anushilan Samiti and Hindustan Socialist Republican Association (HSRA) underwent ideological training at their own initiative and later on joined the communist movement. Writing about the ideological transformation B.K. Dutt underwent in Andaman Jail, Manmathnath Gupta, a fellow revolutionary, wrote:

“Although [Initially] Dutt was not a studious revolutionary, in the studious environment of Andaman Jail he thoroughly read and engaged with Socialist theory….He had become a hard-core Socialist ”.

Batukeshwarr Dutt was later transferred from Andaman jail in 1937 to Hazaribagh jail, Delhi jail and finally to the Patna jail, ultimately being released on September 8, 1938, as his health began to deteriorate due to several aliments that he caught during the inhuman torture in Andaman. Dutt was released on the condition that he will not participate in any kind of violent political activity or will get associated with any political formation which professed violence. Mahatma Gandhi along with several other INC leaders played an important role in his release.

Also read: ‘Why Should We Not Rid Ourselves of This Entire Problem?’: Bhagat Singh on Religion

Upon release, with his health recuperating, he re-engaged in revolutionary politics, thereby violating the conditions of his release. Taking inspiration from Bhagat Singh and the HSRA, a lot of youth from Kanpur and Unnao district had joined the revolutionary movement and formed the Navchetan Sangh during 1933-34 under the leadership of Shiv Kumar Mishra, Shekhar Nath Ganguly and others. This organisation later merged with Navyuvak Sangh (Youth Association) during 1937-38 and worked as an open platform for the revolutionary movement in the United Provinces. It worked under the guidance of former revolutionaries like Jogeshchandra Chatterjee and Pt. Parmanand of Jhansi and steadily got associated with the Communist Party of India and Revolutionary Socialist Party.

There was a historic three-day conference organised in Mukar village of Unnao district in May 1939 by Communists groups and saw participation from former HSRA revolutionaries like Sachindranath Sanyal, Manmanthnath Gupt, Ramkishan Khatri, Vijay Kumar Sinha, Bhagwandas Mahor, Yashpal among others. The legendary Ghadarite leader Sohan Singh Bakhna was also a participant.

The conference was held under the president-ship of Batukeshwarr Dutt and ended with the formation of the provincial Navyuak Sangh. Shiv Kumar Mishra, in his celebrated work Kakori se Naxalbari Tak highlights the importance of this conference which brought together the revolutionary groups and the Communist party, who were working separately till then.

Batukeshwarr Dutt later also participated in the Quit Indian Movement in 1942 and was subsequently arrested, only to be released in 1947 i.e. after independence. 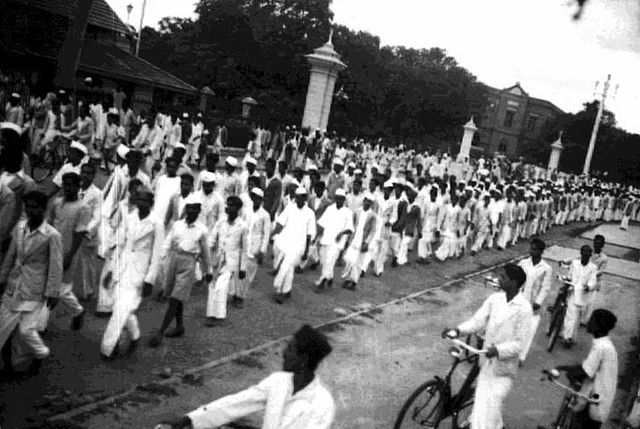 Dutt withdrew himself from active political life after independence, mainly because of his disappointment from the state of affairs of mainstream politics at the time, but he continued his engagement with socialist literature.

As Manmathnath Gupt in his reminiscences of Dutt says:

“During our political discussions, he, like other of our comrades, used to say that this is not the freedom (Swarajya) we fought for, we never fought for this, and we wanted something different”.

Similar observations regarding Dutt’s political views were made by another fellow comrade Shiv Verma who was serving a jail sentence while Dutt was in the hospital.

While B.K. Dutt was undergoing treatment in Delhi, he was visited by the president and the prime minister of India. While talking to them, Dutt made a very important remark, saying: “When you think of revolutionaries, you only think of them as men holding guns and completely forget the vision of society they stood for”.

This statement by Dutt summed up how the revolutionary movement and revolutionaries are still perceived as in the Indian psyche.

Dutt lived an unrecognised life in independent India, while finding it extremely difficult to make ends meet. With almost no financial aid from the state or the central government, he tried his hand at various things. He worked as an agent with a cigarette company for some time and went into the transport business as well, but nothing worked for him. He was appointed as a member of the legislative council in Bihar, but that too only for four months.

As a token recognition of their contribution towards the freedom struggle, Indian revolutionaries have various roads, round-about circles and colonies named after them. Batukeshwar Dutt’s legacy also met with the same fate. A residential locality, named as BK Dutt Colony, is one of the few namesakes that remain of the revolutionary in the city of Delhi where he exploded bombs ‘to make the deaf hear’.

Ankur Goswami and Harshvardhan are PhD research scholars at JNU.