A 'Gift to the Queen': The First Ever Successful Summit of Mount Everest

After Sir Edmund Hillary and Tenzing Norgay became the first to ascend the mountain on May 29, 1953, the news was kept a closely guarded secret and announced on Queen Elizabeth II's Coronation Day on June 2. 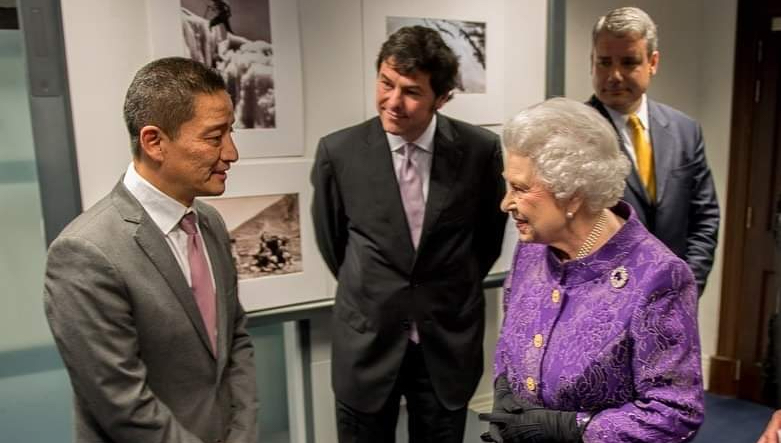 Darjeeling: “Snow condition bad hence expedition abandoned advance base on 29th and awaiting improvement being all well” read the coded message that made its way to London from Namche Bazar, Nepal, following the successful ascent of Mount Everest by Sir Edmund Hillary and Tenzing Norgay on May 29, 1953.

The news of the successful ascent was kept a closely guarded secret and was announced on June 2 on the Coronation Day of Queen Elizabeth II as a “Gift to the Queen”.

“The ascent of Everest connected us to the Queen. The British always considered Mount Everest as their mountain. From the Mallory and Irvine expedition in 1922 till John Hunt’s successful expedition in 1953, there had been a number of British expeditions. With the first successful ascent of Mt. Everest, my father was the first individual to hold the British flag atop the summit of Mt. Everest along with the India, Nepal and United Nations flags,” stated Everester Jamling Tenzing Norgay, son of Tenzing Norgay, while talking to The Wire. 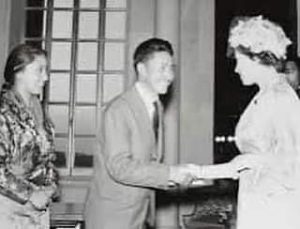 After the successful expedition, Jamling said,  later that year, Hillary and Hunt were knighted by Queen Elizabeth while Tenzing Norgay received the British Empire Medal. “The Queen was always gracious and cordial to our family. Sixty years later, on May 29, 2013, on World Everest Day, I had an audience with the Queen. During the conversation, the Queen reminisced about my father and the Coronation Day,” stated Jamling.

Condoling the death of the Queen, Jamling stated, “Her death is a big loss to the whole world and the British in particular. We extend our sincere condolences to the royal family.”

The successful Everest expedition and the Queen’s Coronation

In 1952, a Swiss expedition saw Raymond Lambert and Tenzing Norgay reach below the South summit at an altitude of 28,210 feet. However, they had to turn back owing to a shortage of supplies.

The following year, John Hunt led a British expedition to Everest. Experienced climbers from Britain and Commonwealth countries, including Edmund Hillary and Tenzing Norgay, were part of the expedition.

The expedition made good progress in April and May. They had advanced gear, including specially insulated clothes, boots and portable radio equipment. On May 26, Charles Evans and Tom Bourdillion came within 300 feet of the summit, but were forced to return owing to a malfunction of the oxygen sets.

“The matter was kept a secret. The message of successful ascent was radioed to the base camp. Welsh historian James Humphry Morris (who after gender reassignment surgery in 1972 was known as Catherine Jan Morris) was part of the expedition as a journalist documenting the expedition. He rushed the coded message to the radio post at Namche Bazar,” Jamling said.

Namche Bazar, at an altitude of 11,286 feet, is a town in the Solakhumbu district of Nepal. It is located at a distance of 36.7 km from the Everest Base camp.

“The coded message was sent to the British High Commission in Kathmandu, Nepal, from where it was relayed to London. Queen Elizabeth learnt of the successful Everest expedition on June 1. It was kept a closely guarded secret. The world came to know of it on June 2, on the day of her coronation. The successful ascent was a gift to mark her coronation,” added Jamling. The coded message talked of an abandoned expedition, but implied the opposite, he said.

In 1831, George Everest, the Surveyor General of India, launched the Great Trignometric Survey in the Himalayan region. Shattering the popular belief that Mount Kanchenjunga was the highest peak in the world, Radhanath Sikdar, a mathematician from Bengal, proved that Peak XV was the highest mountain peak in the world. The height of Peak XV was declared in March 1856.

Incidentally, Radhanath Sikdar is one of the greatest Indian mathematicians and was the first person to calculate the height of Peak XV using spherical trigonometry. The peak was then named after George Everest, the person who had commissioned the survey. The Royal Geographical Society confirmed the name in 1865.

In 1921, the British launched the first expedition to Mount Everest. It was organised and financed by the Mount Everest Committee under the leadership of Colonel Charles Howard-Bury. It was mainly a reconnaissance expedition. The team had to trek 400 miles across the Tibetan plateau just to reach the base of the mountain.

In 1922, the British launched the second expedition. It was the first expedition to use bottled oxygen. George Finch and Geoffrey Bruce climbed an altitude of more than 27000 feet, the first above 8000m haul.

In 1924, the third British expedition saw climber Edward Norton climb to an altitude of 28,128 feet. It was 900 vertical feet short of the summit. After four days, George Mallory and Andrew Irvine attempted a summit but were never seen alive again. Mallory’s body was found in 1999 in a preserved state.

In recent times, Kenton Cool, a British mountaineer has successfully set foot on the summit of Mount Everest 16 times. He is the first non-Nepalese person to do so.