Explainer: What the Most Recent Archaeological Findings in Tamil Nadu's Sivakalai Mean

Discoveries at sites in Tamil Nadu are expected to highlight, or even recast, a part of Indian history that has thus far languished in the shadows of the Indus Valley civilisation. 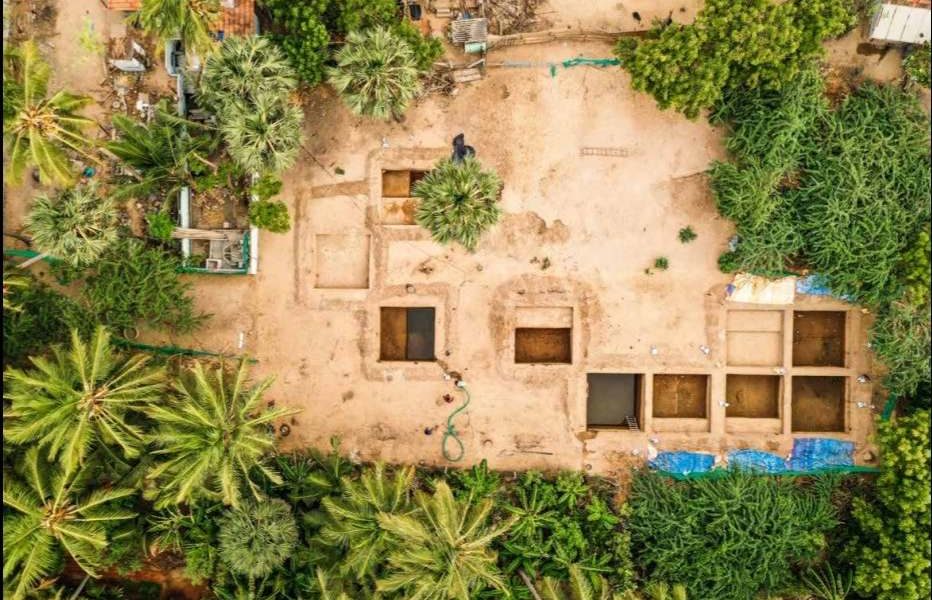 Chennai: On September 9, Tamil Nadu chief minister M.K. Stalin declared emphatically in the state assembly, “The writing of the history of the Indian subcontinent should now begin from the Tamil land.” He was releasing a report of the findings from archaeological digs in Tamil Nadu, specifically at Sivakalai in Thoothukudi district. Experts at the site had determined that some artefacts found there were at least 3,200 years old.

In 2019, another excavation at Keezhadi, in Sivaganga district, found that it could be 2,600 years old – at least 300 years older than thought.

Its age wasn’t the only significant thing about the Sivakalai site. Organic material found here – reportedly rice, in a pot – was dated to 1155 BC. The report claimed that together with findings at Adichanallur and Korkai, dated to the ninth and eighth centuries BC, respectively, the discovery “firmly” establishes the existence of a mature civilisation along the Porunai (Thamirabarani) river.

This so-called ‘Porunai river civilisation’ has been read together with claims of an ancient urban landscape in Sangam-era literature (i.e. written in the first to fourth centuries AD). But before the Keezhadi, Sivakali and other digs, the claims had been challenged for lack of evidence.

“As more and more evidence emerges from the soil of Tamil Nadu, the Sangam literature will acquire a new status,” R. Balakrishnan, the author of Journey of A Civilisation: Indus to Vaigai and special advisor to the government of Odisha, told The Wire. He called the Sangam corpus a “treasure trove” containing crucial records “in the form of recalled memories of the deep prehistory of the subcontinent”.

According to Balakrishnan, K.N. Dikshit, director-general of the Archaeological Survey of India (ASI) from 1937 to 1944, had anticipated such a discovery. “He had said,” Balakrishnan recalled, “a thorough investigation of the area in Tirunelveli district and neighbouring regions, such as the ancient sea-port of Korkai, would one day lead to the discovery of a site that would be contemporary with, or just a little later than, the Indus valley civilisation” (IVC).

“What a prediction it turned out to be!”

Today, archaeologists are at work in different parts of Tamil Nadu, including the Keezhadi cluster (Keezhadi, Agaram, Konthakai and Manalur), Adhichanallur, Sivakalai, Korkai, Kodumanal, Mayiladumparai and Gangaikonda Chozhapuram. Discoveries at these sites are expected to highlight, or even recast, a part of Indian history that has thus far languished in the shadows of the IVC.

A silver coin recently found at Keezhadi embossed with symbols of the Sun, the Moon, the Taurus constellation and a few geometrical designs was found to date from before the fourth century BC.

Tamil Nadu’s minister for archaeology, Thangam Thennarasu, quoted historian and numismatist Sushmitha Basu Majumdar to say this was proof that the coin was ‘pre-Mauryan’ as well as that there was “an urban civilisation on the Vaigai plains”. He also suggested there could have been “trade links” between the ‘Porunai civilisation’ and a contemporary counterpart on the banks of the Ganga.

Archaeologists wrote in their report that a “careful analysis of Northern Block Pottery datable up to sixth century BC revealed that places along the Vaigai valley, like Keezhadi, and port towns, like Korkai, had vibrant trade links with [people in the] Gangetic valley on the North and with other countries.”

Tamil Nadu’s archaeology department has also released a booklet entitled ‘Porunai Aatrangarai Naagareegam’ (Tamil for ‘Porunai River-bank Civilisation’), in which chief minister Stalin calls Keezhadi the site of a “pioneering excavation” and a “scientific response” to schools of thought that have “rejected the idea of the existence of an urban civilisation in Tamil Nadu” and described the Maurya as the epitome of urban development in ancient India. Now, Stalin says, there is proof that Tamil society was also “developed and literate”.

He has also announced an archaeological museum at Tirunelveli at a cost of Rs 15 crore.

The first excavation at Keezhadi was in 2015, and findings there piqued the state’s interest in its own archaeological riches. The ASI itself had refused to consider requests from 2014 to support digs in the area for a decade, or more, despite ample evidence that important discoveries awaited. (The proximal reasons are not obscure.) So since 2017, the Tamil Nadu government has been conducting the Keezhadi excavation by itself, through its department of archaeology. The Dravida Munnetra Kazhagam (DMK) party’s victory in the 2021 polls only boosted these efforts.

The DMK government, led by Stalin, is determined to continue, and expand, excavations across the country and worldwide in a quest for the world’s “Tamil roots”. Stalin has also described this enterprise as his government’s “calling”.

Balakrishnan said, “It is heartening that the department of archaeology, of the Government of Tamil Nadu, has taken initiatives to reconstruct the past based on verifiable scientific evidence.”

The report Stalin read out in the state assembly on September 9 also describes the makings of a plan to this end: “King Rajendra Chozha was famous for undertaking expeditions to conquer many Southeast Asian countries. The Tamil Nadu state archaeology department will undertake exploration and excavation, if need be with the assistance of archaeological agencies in the respective countries, after obtaining necessary approvals.”

He added that “the state archaeology department” would make earnest efforts “to undertake excavations in historically important sites” in “Pattanam in Kerala, Vengi in Andhra Pradesh, Talakadu in Karnataka and Palur in Odisha”. He also claimed that Tamil Brahmi Potsherds had been “found in Egypt, which was earlier part of the Roman Empire as well as Oman,” and that “efforts will be made” to explore these areas with help from local institutions.

Balakrishnan said digs in other parts of peninsular India could help experts put together “a broader picture and trace the continuities”.

Stalin’s and the archaeology department’s claims have also been hailed by historians and other political leaders. For example, the CPI(M) MP from Madurai, S. Venkatesan, has been documenting the developments at Keezhadi developments, and said the state government and the department “have set an example for ASI and the Union government to follow”.

In the first two years of the ASI-led excavation in Keezhadi, Venkatesan said archaeologists had unearthed 11 punch-mark coins – 10 of copper and one of silver. But “they did not want the findings to be published – while with just one silver coin found last year,” the state government conducted scientific assessments and published the “fascinating results”.

According to him, “The Union government … was keen to push a narrative that history was written on the basis of mythologies. Their focus was on the Saraswati-Indus civilisation.” In contrast, he continued, “the state government’s decision to push for scientific and evidence-based research is a significant move in our cultural politics.”

Venkatesan hoped that Keezhadi would in future reveal more about Tamil Nadu’s past.