The Emergency, and the BJP’s Hidden History of Student Protest

The ruling party has an inconvenient record of its own: Its emergence from student activism more extreme than anything it faces on campuses today. 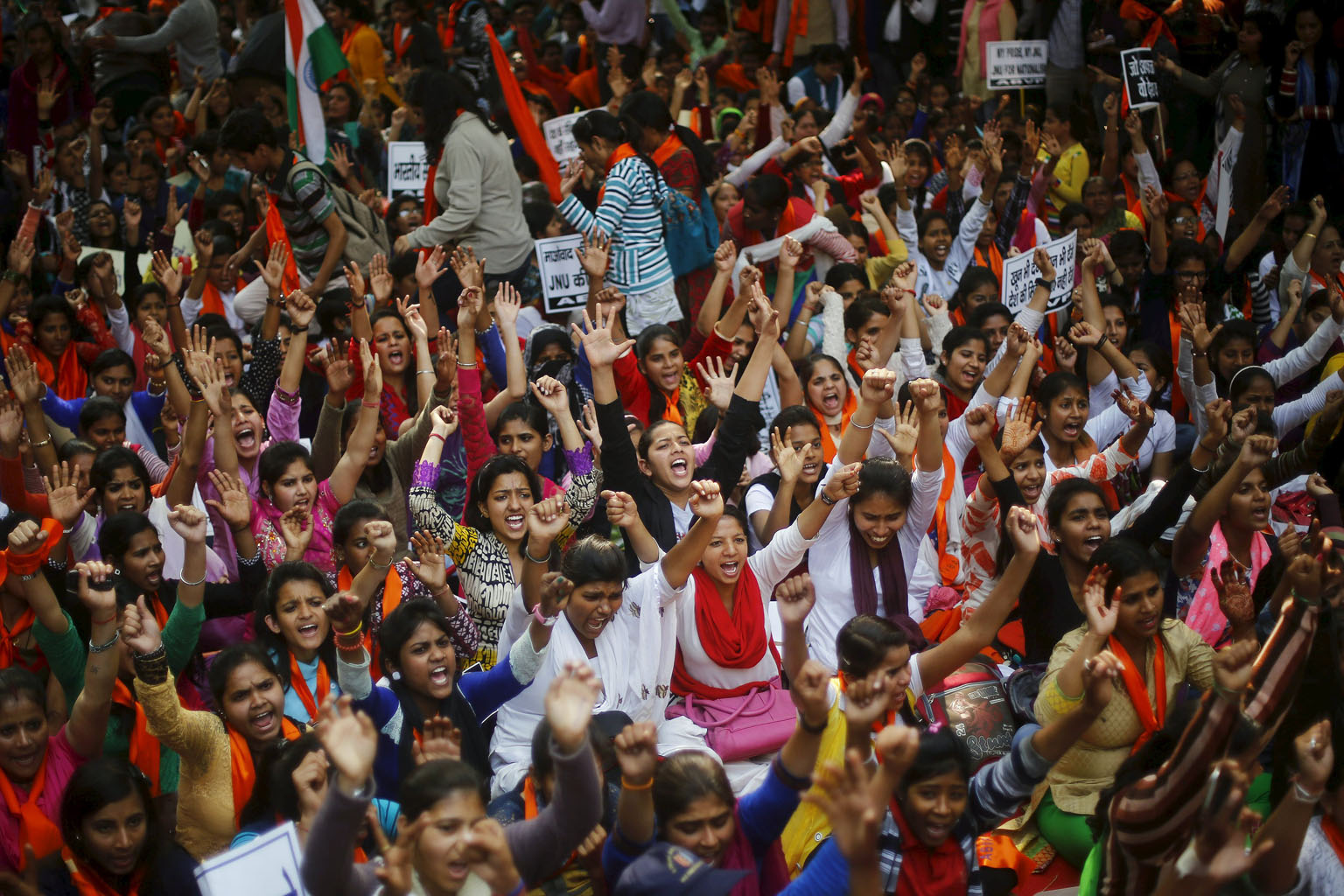 In one sentence, this is how I might describe the men who run the country today: They have become the people they fought when they were young. In two more lines, I’d add: They do not want today’s young people to know that. That is why we do not learn the history of protest.

It is routine today for BJP leaders to tell the public: Do not forget, the Congress declared the Emergency. That peak abuse of power, more than 40 years ago, is a still red card held up to disqualify the Congress party – or anyone else – from protesting abuses of power today.

The new establishment wants young people to believe that protest is anti-national and anti-democratic. Many of the BJP’s top leaders today, however, are people who once helped coordinate student protests – not during Emergency, but for months and years before it – more extreme than young Indians could conceive of today.

On May 16, after the Karnataka assembly election, Amit Shah tweeted at his Congress counterpart,

President of the Congress obviously doesn’t remember the glorious history of his party.

The legacy of Mr. Rahul Gandhi’s Party is the horrific Emergency, blatant misuse of Article 356, subverting the courts, media and civil society.

Times Now was right behind him.

The apparent subtext to this history lesson: Now it’s our turn.

But another tweet, by a younger, right-leaning commentator, was more intriguing:

BJP doing what Congress perfected for decades. No question Congress played its part in weakening institutions. Indira Gandhi perfected the art of placing pliant governors in key states. I bet no one was asking if it was democratic or fair then. No one can play holier than thou. https://t.co/6ekJWYYexr

My first thought when I read this was: ‘I’ll take that bet.’ But 650 people re-tweeted it, and must have thought, Exactly. Nobody protested then, why not? It is a reflex in the right-wing to hit back this way at anyone asking tough questions — Nobody protested when the Congress did it. Why not?

Of course, the answer is, But they did.

Our national politics, and the BJP itself, were formed in the heat of anti-Congress protests we never learn much about in 2018. Amit Shah doesn’t tweet about it. He wants us to know about the Emergency, but not too much.

Know about the Emergency, but not too much

Consider Arun Jaitley, India’s finance minister, former defence minister and the most powerful person in the Modi cabinet. In 2015, he described campus protests in India as an ‘alliance of subversion’. It was different when Jaitley was 22 years old, finishing law college at Delhi University, and preparing to help coordinate a movement of student protesters that was bringing entire cities to a halt with its sheer intensity. 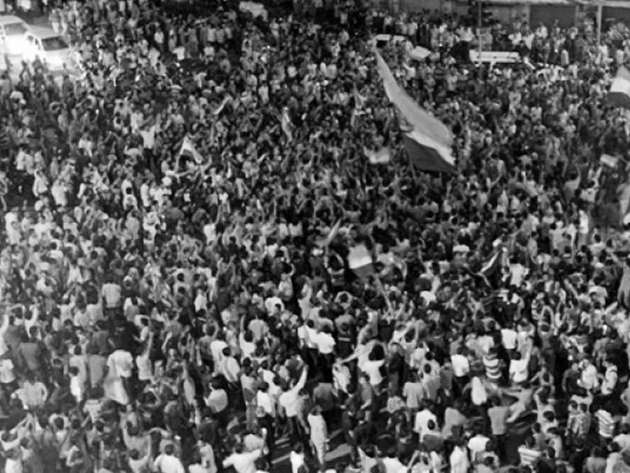 A photograph of Gujarat’s Navnirman Andolan published in 2012 on narendramodi.in

In December 1973, in Gujarat, students at the LD Engineering College in Ahmedabad began raising their voices over campus grievances, like canteen charges. The police used force against them, which backfired: Protests blew up on other campuses, and spread into the city through early 1974, leading to state-wide strikes, arson and looting, all targeting the state government. Student protesters attacked the vehicles and property of Congress (I) legislators and corporators to frighten them into resigning. Ahmedabad was close to anarchy before the army marched in.

Meanwhile, in Patna, a similar but more broad-based uprising was coming alive. On March 18, the ABVP and other right-wing protesters had picketed the Bihar state assembly. After battling with police, the students torched government buildings, a public warehouse and two newspaper offices. Once it had taken hold in Bihar, it was joined by a new leader – the freedom fighter Jayaprakash Narayan, or JP, whom students invited back to the public stage to lead them.

JP had been an old comrade of Jawaharlal Nehru, but was now an outstanding critic of Nehru’s daughter Indira, who was turning the Congress party into a sycophantic, centralised family firm, and undermining the institutions that checked the party’s power. In Bihar, JP issued a call for ‘sampoorna kranti’, total revolution, against the elected government of India.

The JP movement was backed by (and eventually consisted of) motley opposition forces, including the RSS, the Bharatiya Jana Sangh, the Socialists, and disgruntled Congress conservatives – and even, at times, sections of the CPI-ML. In 1974, Arun Jaitley travelled to both Ahmedabad and Patna to support and stoke the JP andolan, which had students rioting, stone-pelting, setting university offices on fire, and declaring city-wide bandhs, all against elected governments. At the end of the year, in Delhi, Jaitley was appointed national convenor of the sangharsh samiti, or Struggle Committee, for those student organisations.

When the JP andolan was at its peak, the Emergency had not even been conceived among Indira’s advisers: That only happened in early 1975, after the railway minister, L.N. Mishra, was assassinated in a bomb blast in Bihar. It would be a further six months before the Emergency was declared – and that occurred after a high court judge tried to unseat the PM of India from the parliament, where she led a two-thirds majority government, and bar her from contesting elections for a further six years. The basis for this ruling was a minor infraction of election rules, compared by The Times of London to ‘dismissing a Prime Minister for a traffic offence’.

On June 23, Indira won a stay on that order from the Supreme Court. In response, JP called a rally in New Delhi, to appeal to Indians to make it impossible for the government to function. Arun Jaitley was there. JP also appealed, not for the first time, to the army and police to disobey orders they felt were illegal – which could be read as an instigation to mutiny. The house of the PM, JP promised, would be mobbed by students. ‘We intend to overthrow her,’ Morarji Desai said, in an interview later that evening. ‘Thousands of us will surround her house to prevent her from going out or receiving visitors. We’ll camp there day and night shouting to her to resign.’

That was on June 25, 1975. The Emergency was declared minutes before midnight.

In profiles of Arun Jaitley, however, the year 1974 usually goes missing. As he puts it, ‘It all began… in June 1975’, when he is teleported out of innocent student life straight into jail.

The same is true of the BJP, and its genetic origins in the JP movement. The ABVP had formed the hard-core of JP’s student revolutionaries; and the Jana Sangh, the centre of his political coalition, was reborn in 1980 as the BJP. The first NDA government did acknowledge that lineage: In 2002, it inaugurated a train called the Sampoorna Kranti Express, to carry people, fittingly, from Patna to New Delhi. For the present government, though, this history is less convenient. It is lightly skipped over in the official infographic of the party’s history online.

It was easier back in 2012 for Narendra Modi to dedicate a page on his website to the Navnirman Movement, the Gujarat protests of 1974. ‘As a young Pracharak and associate of ABVP,’ the page briefly states, ‘Narendra joined the Navnirman movement and dutifully performed the tasks assigned to him.’

But when, as new PM, Modi saluted the legacy of JP, he felt the sting of history right away. On October 11, 2015, Narayan’s 113th birth anniversary was observed at a subdued programme in the lecture hall of New Delhi’s Vigyan Bhavan. Both Modi and L.K. Advani, past and present hero-figures of the BJP, spoke. They had been publicly at odds for two years already, and Advani’s exile from the core leadership was well underway.

In his speech, Modi affirmed that ‘a new political generation was born’ during the Emergency and the JP movement, and that Indian democracy emerged stronger for it.

Advani had more of a challenge to offer. ‘It is our collective duty to ensure that democracy and fundamental freedoms of citizens in India will never again be infringed,’ he said, seemingly to his company on the stage that day. ‘We need to promote the values of tolerance, consensus-building and cooperation… in all walks of life.’ It had been less than two weeks since the lynching in Dadri. ‘We also need eternal vigilance against any attempt by anybody to assault these values.’

The BJP ecosystem claims that Modi has encountered more protest, provocations, and what Jaitley called ‘subversion’ that the Congress ever did. The truth is the opposite.

Just try to imagine students rioting in the streets, for months at a stretch, to bring down BJP governments, a Union minister being assassinated, and then a judge dismissing Modi from parliament, and banning him from the following election. Those were the provocations that brought about the Emergency. They may not have justified it. But the fact is, in the past four years, no protests outside of Kashmir have come close to the scale of disruption that Indira confronted for years prior to Emergency. The activism in JNU or at Jantar Mantar is a musical flash-mob in comparison. 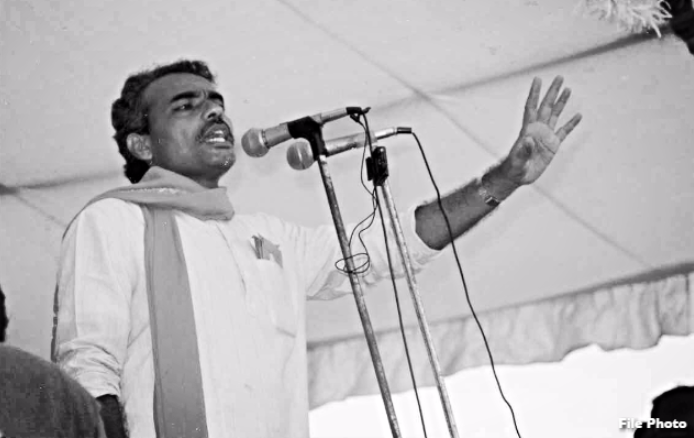 The inconvenient history of many BJP leaders is their own rise through student activism, which exceeded, in intensity, anything we see on campuses today. Yuvashakti is what JP called it. It was the force the Sangh once harnessed to challenge the Congress (I) and its grip on power, and it is now the force challenging the Sangh and its grip on power. Modi is easily described as the Indira of the Hindu Right; what he fears, and correctly, is the angry young person he once was. Men in power always have.

#WhyNottery and the history of protest

Which is why we are not taught a history of protest. The story we receive of modern India is a montage of mass-protest, until 1947, after which it refocuses as a timeline of war and elections: a tale of stabilising values, of service and suffrage. But there was always protest, often in hazardous forms, and it has been as integral to democracy as the wars India fought or the votes it posted.

Not all protest is prudent or proportional: not all aspects of the JP andolan were democratic in spirit. But just as the history of war teaches us the difference between aggression and self-defence, a history of protest helps us draw that line in our political lives.

In our conversations about history, the most dangerous fallacy is not Whataboutery (‘X did it too when they were in power’), but Whynottery (‘Why did nobody protest X then?’). Whataboutery leaves us cynical about people in power, but it can at least be factual. Whynottery misleads us about our right to stand up to power, and the history of that right – and it is usually false. Our history of protest is part of the reason we still live in a democracy.