How the Epidemic Diseases Act of 1897 Came to Be

This Act empowered authorities to detain plague suspects, destroy or demolish infected property, prohibit fairs and pilgrimages and examine passengers at will.

Doctor Simmonds injecting his curative serum in a plague patient, during the outbreak of bubonic plague in Karachi, India. Photo: Wellcome Collection gallery/Wikimedia Commons, CC BY 4.0

The ongoing nationwide lockdown in the wake of the global pandemic caused by the novel coronavirus has suddenly brought forth an interesting colonial legislation into the limelight.

Starting from March 2020 many states in India have enforced the Epidemic Diseases Act, 1897 to contain the spread of the novel coronavirus in their respective areas.

This Act gives power to the government (both state and Centre) that if at any time the central or state government is satisfied that India or the state, or any part thereof is visited by, or threatened with, an outbreak of any dangerous epidemic disease, the central or state government, if it thinks that the ordinary provisions of the law for the time being in force are insufficient for the purpose, may take, or require or empower any person to take, such measures and, by public notice, prescribe such temporary regulations to be observed by the public or by any person or class of persons as it shall deem necessary to prevent the outbreak of such disease or the spread thereof, and may determine in what manner and by whom any expenses incurred (including compensation if any) shall be defrayed.

Further, this Act empowers the government to take measures and prescribe regulations for the inspection of persons travelling by railway or otherwise, and segregation, in hospital, temporary accommodation or otherwise, of persons suspected by the inspecting officer of being infected with any such disease. It also makes disobedience of any regulation or order made under this Act a punishable offence. Lastly, it provides for the protection of persons or officials acting under this Act as no suit or other legal proceeding can be initiated against any person for anything done or in good faith intended to be done under this Act.

While experts are debating over the relevance, legal validity and sanctity of this Act belonging to colonial era, it would be interesting to look at the historical context in which the aforesaid Act came into being and the subsequent reactions generated by it.

Colonialism and medicine always shared an inextricable link. Maintenance of health at distant and unknown lands was one of the major concerns of the early colonisers. That is why early naval fleets from Europe had a surgeon on them who was responsible not just for looking after the health of those on the ships during exploratory tours, but also the first one to report about the flora, fauna and resources of these distant lands.

However, with the gradual expansion of colonial rule medicine, medical practitioners assumed a new role in the consolidation of the empire, so much so that according to some scholars, western medicine in India became synonymous with ‘colonial medicine.’ In other words, medicine and related issues in the nineteenth and twentieth century India cannot be studied by neglecting the colonial context.

It is this cultural dimension of medicine and its complexity in creating colonial hegemony which has attracted the attention of recent historians working on the social history of health and medicine. It has been suggested that medicine was ‘acting both as a cultural agency in itself, and as an agency of western expansion.’ In such works, western medicine has been characterised as ‘the scientific step child of colonial domination and control’. 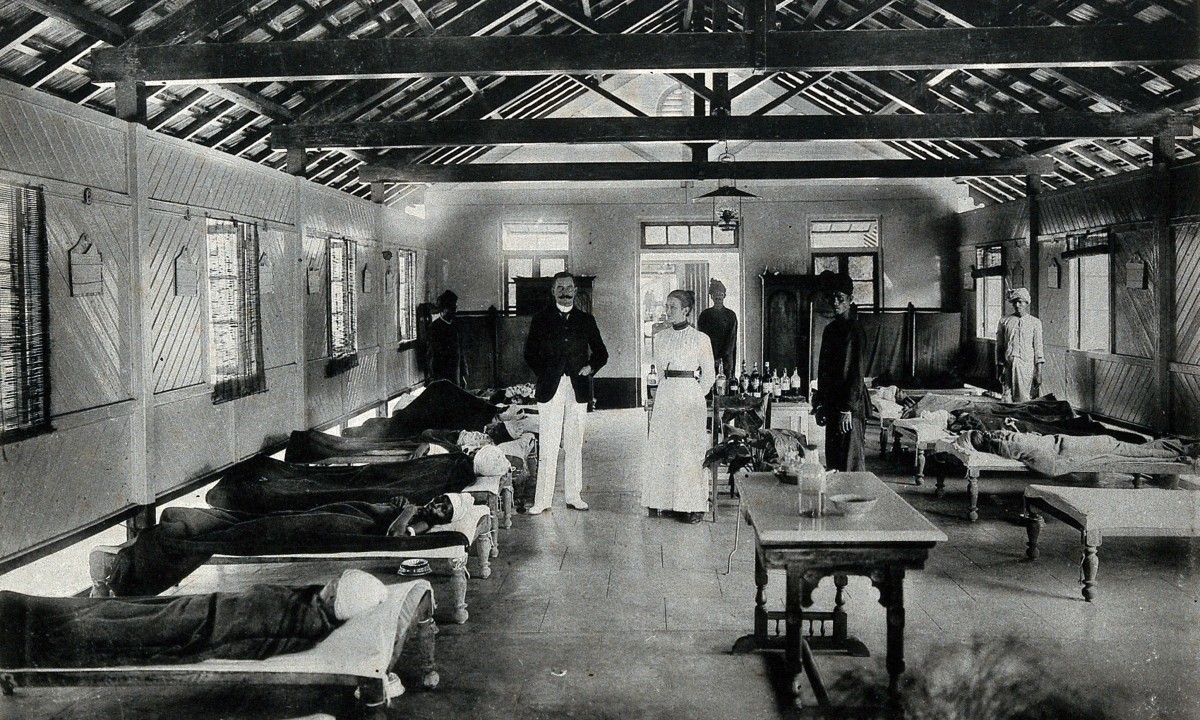 Actually, the colonial health policy tended to colonise the ‘Indian body’ thoroughly. This became particularly evident in the case of anti-plague measures adopted by the colonial regime towards the end of the nineteenth century. As one scholar remarks, the anti-plague campaign ‘was directed more against the natives than the plague bacillus.’ The Epidemic Diseases Act, which was passed in February 1897 in the wake of the outbreak of the bubonic plague in India (particularly in the Bombay presidency), gave draconian powers to the colonial government.

Also read: What’s the Difference Between Pandemic, Epidemic and Outbreak?

While introducing the Epidemic Diseases Bill in the Council of the Governor-General of India in Calcutta for ‘better prevention of the spread of dangerous epidemic diseases’ John Woodburn, the council member who introduced it, himself considered the powers mentioned in it as ‘extraordinary’ but ‘necessary’. Woodburn emphasised that people must ‘trust the discretion of the executive in grave and critical circumstances.’

This Act empowered the colonial authorities to detain the plague suspects, destroy or demolish infected property and dwellings, prohibit fairs and pilgrimages and examine the passengers at will. In this regard, particularly emotive was the issue of the ‘check-up’ of Indian women at railway stations and public places. It was soon translated by the Hindu and the Muslim elites alike as colonial interference in the ‘private sphere’ and an attempt to ‘dishonour’ Indian women. In fact, the Plague Riot of Kanpur in April 1900 was fuelled largely by the rhetoric around the issue of women’s ‘honour’.

This rhetoric brought together various sections of Hindu society together to ‘safeguard’ the ‘honour’ of Indian women. As Charu Gupta in her insightful work Sexuality, Obscenity, Community (2001) puts it, “interference with women’s bodies was effectively used to give an emotive appeal to anger against plague orders, linked as it was to honour, purdah, domestic privacy, public examination, and forcible removal to segregation camps and hospitals.”

The aforesaid issue of the ‘check-up’ of an Indian woman at public places, including hospitals, especially by a male attendant or surgeon continued to be a volatile issue until very late. As late as in 1943, Premvati Mishra, a freedom fighter from the United Provinces, refused to get herself checked by a male surgeon. She categorically wrote to the then-district magistrate of Agra to either send her to a safe place or to the jail, but she would not, in any case, allow herself to get ‘checked’ by a male surgeon and would lock herself inside the room if she was forced.

Likewise gender, caste and class issues also put the colonial authorities in difficult situations while carrying out the provisions of the Epidemic Diseases Act. In this regard, a report published in The British Medical Journal on November 28, 1896, while discussing the riots caused in Bombay because of government policies of quarantine noted that many people belonging to upper caste or class requested evasion from being quarantined with low caste or class people.

In other words, upper caste or class people demanded special considerations under the Epidemic Diseases Act in accordance with their ‘caste’ prejudices. The report suggested that a sensible way out of this difficulty was to throw the responsibility on the particular caste or class demanding special consideration to carry out their own expense for such modifications (such as a separate isolation cell or quarantine at home) as they wish.

Invoking the same Act, in the North Western Provinces and Oudh (erstwhile name of Uttar Pradesh until 1902) the authorities came up with a unique arrangement of punching a hole of 4/10ths of an inch in the long side of the tickets of plague suspects at railway stations in the Allahabad and Pratapgarh districts. It was like branding a plague victim and it raised so much furore that the secretary to the government of the North Western Provinces and Oudh had to ask permission for its discontinuation within a week of its introduction.

Thus, the Epidemic Disease Act of 1897 came in a particular context and undoubtedly carries a colonial baggage and its associated struggle. In this regard, likewise many other colonial era legislations necessary amendments may make it more suitable, humane and fit for tackling epidemic like situations in contemporary India.