Chaudhary Charan Singh – a True Champion of the Indian Farmer

Charan Singh was the first 'kisan' prime minister, played a pivotal role in re-organising the political economy of agriculture in Uttar Pradesh by drafting and enacting different bills for agricultural reforms. 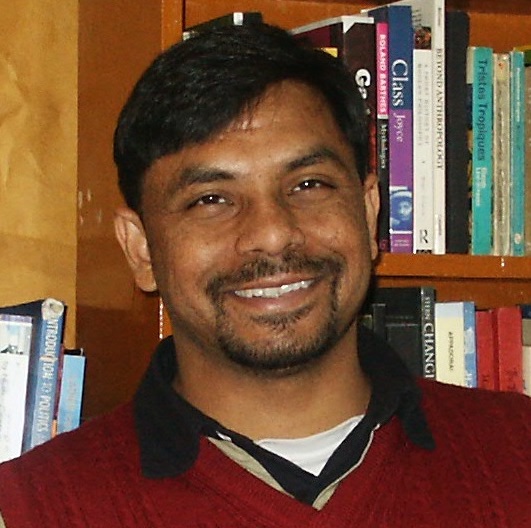 In September 2018, thousands of farmers marched from Haridwar to New Delhi with their 15-point charter of demands – including loan waivers, clearance of pending sugarcane payments and implementation of the Swaminathan Committee Report. They have also demanded the rehabilitation of families of farmers who had committed suicide.

Bije is a farmer activist of the Bhartiya Kisan Union (BKU). His father worked in the Lok Dal (LD) but he left the party after the death of Chaudhary Charan Singh. Both son and father are great admirers of Chaudhary Sahib as Charan Singh popularly is known in rural western UP. As agrarian crisis continues to deepen year by year, farmers like Bije and his octogenarian father fondly remember Chaudhary Charan Singh who fought for farmers and is frequently identified as ‘champion of India’s farmers’.

For Charan Singh, the true India resides in its villages. He cared and worked for rural people throughout his life. He was a farmer in thought and deed. Charan Singh was the first ‘kisan‘ prime minister, deputy prime minister and twice chief minister of Uttar Pradesh, a Union home and finance minister, but he never forgot about the farmers and villages. He played a pivotal role in re-organising the political economy of agriculture in Uttar Pradesh by drafting and enacting different bills for agricultural reforms before and after Independence.

Very early on, in 1939, he introduced the Debt Redemption Bill in order to give relief to the peasantry from moneylenders. Born in a village in a farmer family, Charan Singh had seen the plights of farmers and the ways in which money lenders exploited them. Like merchant’s capital, it bears more heavily on the poor farmers than on rich, but is significant, nevertheless, for middle and small farmers. This was one of the significant steps in making of the farmers’ life better.

Further, in April 1939, he drafted a Land Utilisation Bill, whose aim was to ‘transfer … the proprietary interest in agricultural holdings of UP to such of the tenants or actual tillers of the soil who chose to deposit an amount equivalent to ten times the annual rent in the government treasury to the account of the landlord’. Charan Singh started his battle against the landlords. Following that in June, he published a newspaper article which discussed the blueprint of the land reform he would pursue after Independence.

That land reform had at its core the abolition of landlordism in UP. By 1945, he had prepared a draft Congress manifesto on land and agriculture, which provided for that abolition, and it was approved by the All-India Congress Working Committee at its meeting in Calcutta in December 1945. By this time Charan Singh was fully convinced about his battle and he started preparing himself politically and ideologically as the kisan champion. It was after 1947, however, that the small and middle farmers found in him a representative of power, political skill and effectiveness. Still, in 1947, landlords remained masters of the Indian countryside, in UP as elsewhere.

Now his fighting against landlords took a decisive turn. On July 11, 1952, as agriculture minister, he led Uttar Pradesh in abolishing the zamindari system. He had himself drafted the UP Zamindari and Land Reforms Bill. The aim was to strike a moral blow at the landlord class. However, it was not easy to get it through legislation since the landlord class opposed it and put all efforts to ensure its delay. Being a lawyer and a successful politician, Charan Singh bided his time and saw the legislation through to a successful conclusion in terms of enactment. It was a landmark achievement in the peasant history of India. This changed the life and actions of small and middle farmers and produced a class of rich farmers in western UP and in other parts of India.

However, initially this Act did not work as it was envisaged since the patwari (lekhpal) system helped the zamindar class. The important issue was precisely which portions of a zamindar’s holdings were to be classified as sir and khudkasht.  It was upon the patwari’s records that the enforcement of land law depended. Since the patwari had worked closely with the zamindars, their favoring of zamindars was not surprising. This became an established source of considerable discontent for the UP farmers and not least for Charan Singh’s essential constituents, the small and middle farmers.

However, poor farmers and landless labourers were too weak to be capable of deriving substantial benefit from the Act. At this point, Charan Singh stepped in decisively. He had become Congress minister for revenue and agriculture in 1952, and was aware of the malpractices of patwaris in fudging village records. When in 1952 the government initiated reforms, the patwaris launched a state-wide hartal. Singh, with a stroke of pen, dismissed from service about 28,000 patwaris. The farmers felt a great relief and afterwards that led to the reorganization of the patwari system.

Charan Singh did not end here but his efforts and support for farmers continued. He is responsible for another important piece of legislation for the small and middle farmers in UP. In 1953, he got the Consolidation of Holdings Act passed, and implemented it successfully in 1954. This represented a programme of land consolidation for individual peasant holdings. A scattered holding is feature of rural UP and Indian countryside.

The existence of operational holdings in more than one plot – often significantly more than one plot – was rife in UP. It is still pervasive in most of India. Further, he exempted fertilizer from sales tax. He framed a policy for redistribution of land obtained by imposition of ceiling on large farmers to Scheduled Castes. He exempted the land revenue for farmers owning land up to three and half acres.

Charan Singh always gave priority to agriculture and supported cottage, village, small-scale and hand-made goods. Having influenced by Gandhi, Charan Singh relentlessly struggled for the prosperity of Indian agriculture and farmers and making rural people self-reliant. Being an organic intellectual, he always encouraged farmers’ participation in politics and their sharing of political power. He continuously fought for the sake of the Indian farmer, which endeared him to the agrarian communities throughout the nation, particularly in his native Uttar Pradesh.

Charan Singh served twice as chief minister of Uttar Pradesh, but for short periods. During the emergency he was jailed. After the emergency, in the election of 1977 his party gave support to Morarji Desai’s government. After Desai resigned, Charan Singh was sworn in as prime minister in 1979 with the support of the Congress party. But a day before the meeting of Parliament, the Congress party withdrew their support. He resigned from office. Thereafter he continued to lead the Lok Dal in opposition till his death in 1987.