The Library that Shaped Bhagat Singh and the Indian Revolutionary Movement

Named after the Arya Samaj educationist Dwarka Das, a colleague and friend of Lala Lajpat Rai, this Lahore library churned out revolutionaries quite liberally. 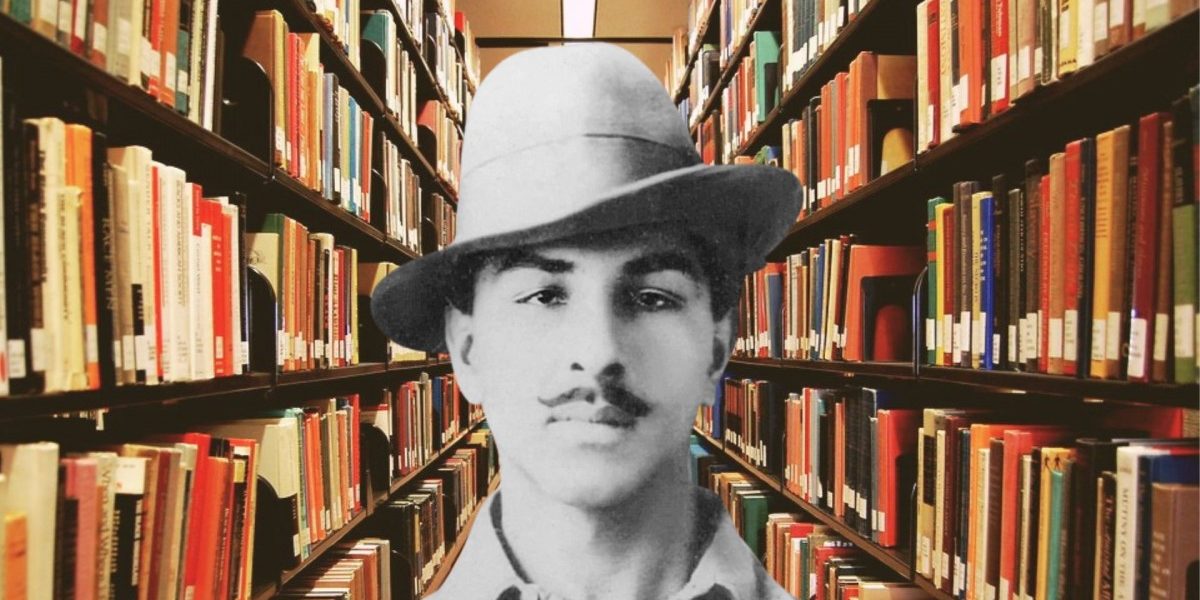 Bhagat Singh. In the background is a library. Photos: File and UW-Green Bay Libraries/Flickr (CC BY 2.0)

A library is much more than a repository of books. It is a storehouse of knowledge, a stimulant of critical thought. A good library with stacks of books piled over each other has the potential to change the entire course of human history.

None of the great philosophers, scientists, politicians, and academicians who have had a great impact on the course of human history could be imagined apart from the libraries they visited. It is difficult to understand the European renaissance without the humanities libraries that cropped up across Europe and served as a nucleus for renaissance scholars. During this period, the role of libraries changed from being passive institutions housing books to active institutions for disseminating knowledge. Karl Marx cannot be understood without the British Museum library, and Lenin, without the libraries of Geneva in Switzerland.

In the same vein, it is difficult to understand Bhagat Singh and other revolutionaries like Sukhdev, Bhagwati Charan Vohra, Dhanwantri, Ehsan Elahi, Durgadas Khanna and Yashpal without mentioning the Dwarka Das Library of Lahore, which was established in 1920 by Lala Lajpat Rai as part of his National College. 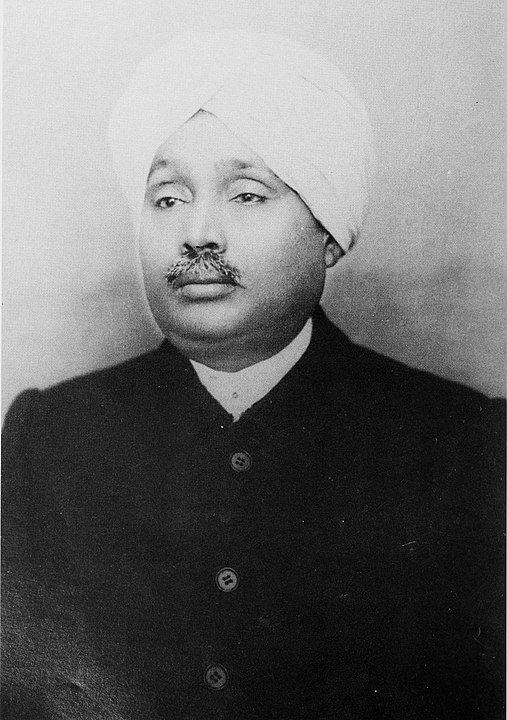 Named after the Arya Samaj educationist Dwarka Das, a colleague and friend of Lala Lajpat Rai, this library liberally churned out revolutionaries and also became a recruiting ground for revolutionary organisations like the Naujawan Bharat Sabha and the Hindustan Socialist Republican Association.

The reason why this library became a centre of revolutionary activism lies in the pedagogical approach of the National College which was established as an alternative to the British education system after the non-cooperation call of Mahatma Gandhi. The National College’s curriculum was designed to inculcate socio-political awareness among the students. This stood in stark contrast to British government-funded colleges and universities that were more or less factories for producing clerks and lower administrators for the colonial regime.

Three subjects, economics, politics and history, were mandatory for all students of the National College. Revolutionary and freedom movements from different parts of the world were mandatory parts of the course. It was therefore not surprising that the College soon became a breeding ground of radical nationalist thought.

It was to support this pedagogical approach of the National College that the Dwarka Das Library was established by Lala Lajpat Rai who while announcing its opening had said, “This library will be the first political library in the country in which the students of economics and politics will be able to satisfy their appetite.”

The bookshelves of the library were occupied with volumes on nationalism, Marxism, anarchism, socialism, the Russian revolution, and the Irish independence movement among other subjects that played a decisive role in shaping the ideology of Bhagat Singh and his comrades and through them the ideology of the broader revolutionary movement.

Rajaram Shastri, who later went on to become a prominent trade union leader in present-day Uttar Pradesh, and edited a working-class magazine Kranti, was the librarian when Bhagat Singh and his comrades were students at the National College. In his memories, Shastri paying homage to the library writes, “while working at the library I was introduced to the writings of Marx and Lenin and literature of French revolution which changed my perspective, and from a nationalist, I became a socialist”.

As the librarian, Shastri also used to personally collect revolutionary and socialist literature from publishing houses like Ramakrishna and Sons and even used to propagate them among the students who flocked there. This activity brought him in contact with revolutionaries who used to visit the library for reading and recruiting purposes.

In the course of time, he developed an intimate friendship with Bhagat Singh and Sukhdev which transpired into many sweet and salty moments, which then turned into discussions over socialism. Once a discussion that began over a small bottle of oil stretched into a debate over the Brest-Litovsk treaty of 1918 signed between Germany and the Soviet Union, while another which began over the question of marriage turned into a debate over the possibilities of love in a society largely dominated by feudal culture and moors. 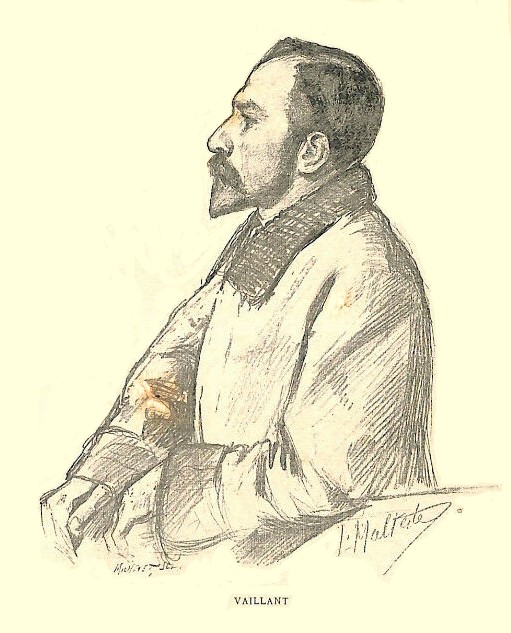 Based on the memories of Shastri, Bhagat Singh initially borrowed books related to secret underground work and anarchism. He was heavily influenced by Bakunin’s State and God, Dan Breen’s My Fight for Irish Freedom, and a collected work titled Anarchism and Other Essays, from which Bhagat Singh learned about the French anarchist Auguste Vaillant whom he quoted during the assembly bombing.

Next, he was attracted to socialist literature and there came a point when he was inspired by both, which led to his final shift towards socialism.

The library, as a repository of ideological literature, was at the centre of the debate that took place between the revolutionaries over which method (Irish or Russian anarchist or socialist) was best suitable for the Indian revolution.

Among the books that he borrowed from the library were Maxim Gorky’s Mother, Victor Hugo’s Ninety-Three and Les Miserables, Charles Dickens’s A Tale of Two Cities, Hall Caine’s The Eternal City, the works of Upton Sinclair and Jaakoff Prelooker’s Heroes and Heroines of Russia. How impactful these books were can be gauged from the jail notebook of Bhagat Singh which has several quotes from them.

The Dwarka Das Library also became a place for learning the art of bomb-making. Shastri writes that once Bhagat Singh made a special request to him to find and arrange books and material related to bomb-making.

Apart from this, the library also became a recruiting ground for the revolutionary movement. Rajaram Shastri was given the task to find out the interest of students who used to visit the library on the basis of the kinds of books that they read or borrowed. If someone showed interest in revolutionary or nationalist literature, Shastri used to inform about them to Bhagat Singh after which Sukhdev was given the task of recruitment. Because of this, the library came under police surveillance with C.I.D agents in plain clothes spending time in the reading hall.

Even after his arrest Bhagat Singh used to borrow books from the library but the arrest of Shastri in 1930 for participating in the salt satyagraha momentarily halted the flow of books to Bhagat Singh in the later part of the 1930s. About this, he complained to Shastri when they met in the Lahore Central Jail.

Later, just like humans on both sides of the border, the Dwarka Das Library also had to suffer the pain of Partition. During the Partition, the library was shifted book by book to Shimla where it stayed for a few years before finally being shifted to Chandigarh Sector 15, where it stands today. Its role changed over the years. It has become the place where youth flock to prepare for competitive exams – a fate shared by most libraries across the country.

The books that were once borrowed and read by Bhagat Singh are preserved in the library and are on public display, serving as a constant reminder of the role the library once played in the Indian freedom movement.

Harshvardhan is a research scholar.