On the History and Memory of the Battle of Koregaon

The site and its associated meanings have thus only further cemented their reputation as a source of resistance to a Brahminical order.

The assertion of Mahar pride and self-dignity with respect to Bhima Koregaon victory has been reiterated by B.R. Ambedkar’s visit to the Bhima Koregaon monument in 1927. Photo: Wikimedia Commons 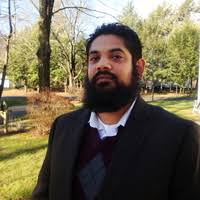 A range of views characterise recent discourse concerning Mahar involvement in the famed Battle of Koregaon of 1818 that brought to an end Peshwa rule in western India and led to the rise of the East India company-state’s rule in the region.

On the one hand are those who perceive Mahar participation in the battle as a struggle against upper-caste supremacy and domination. On the other are those who regard such interpretations as misleading and based in myth, rather than a careful assessment of the historical record. What both sides may overlook is the power and importance of memory to political and economic concerns that perhaps have little to do with the course of the original events. The memory of an event does not necessarily bear responsibility to questions of historical veracity, given that retrospective recollections are almost always mobilised to quite distinct ends.

Whether or not the Mahars who waged war against the Peshwa understood their actions as a struggle against caste domination is a question that likely will not be answered to historians’ satisfaction. But perhaps what matters more to the present, as well as an understanding of the intervening past, is that a great many individuals have invested much significance in their actions, albeit many decades after their historic deeds. What follows is a brief genealogy of this investiture that seeks to illustrate the changing contexts in which the gesture of recollection occurred, and to suggest the considerable license acts of remembrance take with respect to the past.

Such as it exists, the historical record points to the presence of 22 Mahar soldiers of the 49 who were felled and recorded on the commemoration pillar marking the site of the battle. The column itself was erected in 1851, 33 years after the encounter, and during the governor-generalship of the Earl of Dalhousie.

Part of the romance of the battle certainly stemmed from the considerable discrepancy between the size of the warring factions. The Peshwa’s forces vastly outnumbered those of the company. There is little, however, to suggest that contemporaries understood the conflict in terms of the caste-animosities between Mahars and the Brahminical order. Such a reading cannot, nonetheless, be ruled out in entirety, given what is known about the nature of relationships between Mahars and the caste-elites of the region. Only further detailed historical research on the matter can likely resolve this interpretive tension.

Also read: Why the Mahar Soldier Was the First Freedom Seeker in 1818

The more recent concern with Mahar involvement in the Battle of Koregaon may be dated to the early decades of the 20th century. The activist Shivram Janba Kamble organised a number of Mahar meetings over the course of the first decade, including a conference in 1910 that drew attendees from 51 villages across the region to the memorial. The acclaimed historian of the Ambedkarite movement Eleanor Zelliot noted that the monument began to be used as a gathering place for Mahar meetings in the 1920s and 1930s, “with the memorial to Mahar soldiers who had fought a victorious battle serving as inspiration for a more modern struggle.”

The site had clearly become a symbol for Mahar pride, as B.R. Ambedkar attended a meeting at the location in early 1927, the same year of his famous Mahad tank satyagraha, by when he had begun looking for a variety of means to animate his distinctive style of anti-caste politics. Arguably, this was when the meaning of the commemoration pillar underwent a shift from an object memorialising those fallen in the Battle of Koregaon – including Maratha, Rajput, Muslim and Jewish soldiers – to the more specific connotation of Mahar valour and pride in a martial past.

Several years later, at the Round Table Conferences in London in 1930, Ambedkar spoke of the caste’s military past in hoary tones. On this occasion, he sought to remind his audience of the debt the British owed to Dalits:

Here, Ambedkar apprehended the Mahars in the regiment that fought in the Battle of Koregaon as integral to the very establishment of British rule in India. This impression was not, however, entirely unique to Ambedkar and his political project. In his 1938 study The Mahar Folk, Alexander Robinson, a minister of Kilmallie, Scotland, who had earlier worked in Poona and Nagpur, recalled a similar debt. Robinson complained:

“One has heard over and over again the remark that the Mahar has no political significance. The remark just proves that the maker of it has little memory and little understanding of such events as the battle of Koregaon. The mind which suffers from such frailties is hardly fitted to retain the empire given to it.”

Evidently, there were those who had begun to forget the Mahar involvement in early 19th century British military victory. Robinson’s statement implied the indispensability of Mahars to the Battle of Koregaon, and by extension, the empire itself.

Three years on, Ambedkar once again recalled their military past in an article with The Times of India that bitterly decried the abrupt end to Mahar recruitment:

“The Mahars have been a martial people. The army of the East India Company which successfully fought against the army of the Peshwa was recruited from the Mahars. The last battle between the Peshwa and the British was fought at Koregaon in the Poona district. There is a column at Koregaon raised by the British to commemorate the battle. On the column are inscribed the names of the soldiers who fell in the battle on the side of the British. Nine out of ten names are of Mahars. The recruitment of the Mahars continued upto 1892 and in all the wars, the Mahars have proved their martial qualities.”

Ambedkar proceeded to trace the reasoning behind the decision to forego Mahar recruitment to his present, when the practice had been resumed under the exigencies of the ongoing war, and his own activism. Here, Mahar participation in the Battle of Koregaon served his purpose of proving their established martial qualities and deservedness for employment in the army.

From available reports, it appears that an annual festival commenced at the site of the commemoration pillar following the demise of Ambedkar. According to the historian Shraddha Khumbhojkar it “became part of an attempt to create an alternate culture to mainstream Hindu culture.” The festival has grown to draw in the range of lakhs of visitors in recent years, with those in attendance continuing to be inspired by the collective memory of martial traditions. Soldiers currently in service attribute their decision to do so to their pride in a remembered community past. Clearly, questions of historical verisimilitude have not deterred their enthusiasm.

The memorial and surrounding commemorations have undoubtedly taken on another layer of meaning as a node of resistance against Hindu nationalism due to the events that transpired during the bicentenary celebration on the January 1, 2018. On that occasion, the visitors were attacked by disaffected Hindutva activists who objected to what the gathering signified. The ensuing violence resulted in one death, and injuries to many others. Protests were organised throughout the state of Maharashtra in response, and the counter-response from the state was a spate of arrests of well-known activists associated with the gathering on what have been widely acknowledged as fabricated and trumped-up charges. The site and its associated meanings have thus only further cemented their reputation as a source of resistance to a Brahminical order.

While establishing the historical truth about Mahar participation in the Battle of Koregaon in 1818 may remain an important endeavour, it is clear that the mythos and memory of that event has been cathected to a substantial number of concerns that reach far beyond the initial significance of the English submission of Peshwa forces.

In such a context, it may not be possible to legislate the meaning of an event from over two centuries ago according to the strict dictates of the historian’s craft. For with matters of memory, concerns of historical accuracy can prove immaterial and ultimately illusory aspirations.

Dwaipayan Sen is a historian of modern South Asia.