Hindu and Hindutva: Why Nobody Should Be Laughing With Baba Ramdev

While ridiculing Rahul Gandhi for distinguishing between Hinduism and Hindutva, Ramdev got his semantics wrong.

I recently came across a video in which the yoga teacher and entrepreneur Baba Ramdev is regaling a Hindi language TV anchor (Aman Chopra of News18-India) with a short grammar lesson that he thinks demonstrates the soundness of Hindutva.

[Translation: Are Hindu and Hindutva separate? Next you will say person and personality are separate. One should study at least this much, one should not be so mad]

Clearly, his aim is to ridicule Rahul Gandhi’s attempt to distinguish between Hinduism and Hindutva (a distinction that I am not that interested in either endorsing or pursuing for its own sake, but that is not what we are talking about here). Ramdev’s send up of this ‘distinction’ involved him saying that the relation of Hindutva to Hindu is as natural as the relation of the word ‘vyaktiva’ to ‘vyakti’. He finds it hilarious that Gandhi, according to him, should not find it possible to understand something as basic as this.

I guess a lot of Hindutva enthusiasts would find this just as hilarious. But that’s because, in general, they are just about as knowledgeable about the rules of word formation in Sanskrit as Ramdev is. That is, not at all. The joke is on them, and on Ramdev, not on Gandhi. And the joke turns on the actual artifice and utter poverty of the discursive universe of Hindutva.

To understand why we can laugh at Ramdev, and not laugh with Ramdev, we will need to take a short lexical/etymological/grammatical detour. If you have read this far, I beg your indulgence just a little bit longer. It’s nerdy, I know, but it’s not un-entertaining.

Two more easy to understand examples are: अस्तित्व (astitva), existence, derived from अस्ति (asti), the third person singular of the verb to be in Sanskrit; and महत्त्व (mahattva), greatness or importance, from the adjective महत् (mahat), big. Ramdev’s example of the व्यक्ति – व्यक्तित्व dyad is in this class.

A simple rule of grammar is that such words that enter modern Indian languages unchanged from Sanskrit (तत्सम/tatsam) can take the -त्व / -tva suffix.

Words that do not derive from Sanskrit can only take the -त्व / -tva suffix artificially. So you cannot for instance have इश्क़त्व (ishqatva) to denote the ‘essence’ of love (just because ishq/इश्क़/عشق= love), nor can you have दीनत्व (deenatva) to denote the ‘essence’ of religion (just because deen/दीन/دین = religion) without sounding ridiculous. Because the words ishq and deen come not from Sanskrit, but from Arabic.

To compensate for the relatively late entry of the word ‘Hindu’ in Indic language vocabularies, latter-day Hindu fanatics tend to ascribe an imagined Sanskritic antiquity to the word – and invariably quote the works of the well known early-mid-20th century activist, Har Narayan Ojha, aka Swami Karpatri Maharaj (of the short lived Akhil Bharatiya Ram Rajya Party) to vouch for the autochthonous Sanskritic authenticity of the word ‘Hindu’. But the trail goes cold – the source that Karpatri Maharaj quotes most often as evidence for the embedding of the word ‘Hindu’ in the corpus of Sanskrit texts is something called the ‘वृद्धस्मृति’ (vriddha smriti – literally ‘ancient memory’) which in my opinion is more a tired figure of speech than an actual text.

You don’t find the word ‘Hindu’ in the Vedic literature, in the Mahabharata or the Ramayana or the authenticated older Puranas. It is not present in the Bhagavad Gita or the Upanishads. Not in Sanskrit poetry or drama or grammar, not even in texts by Buddhists or Jains in their polemics with those we now consider to be Hindus. It is not in the works of Shankara or Ramanuja or Madhava.

The 16th century CE Bengali text ‘Shri Chaitanya Charitamrita’ (‘The Nectar of the Life of Sri Chaitanya’) – a biography of Chaitanya by Krishnadas Kaviraj feature the occasional usage of the word ‘Hindu’ to refer to those who are not Muslims. And Guru Nanak (15th Century CE) does refer to the term ‘Hindu’, however, by saying that ‘there is no Hindu, no Muslim’. In each of these cases it is clear that the word ‘Hindu’ is a self conscious, and occasionally, ironic, usage of an ‘exonym’ – a word used by those designated as ‘others’ to describe one’s own group. It is always a conscious act of ‘borrowing’ a word that acts as a bridge between two linguistic worlds. 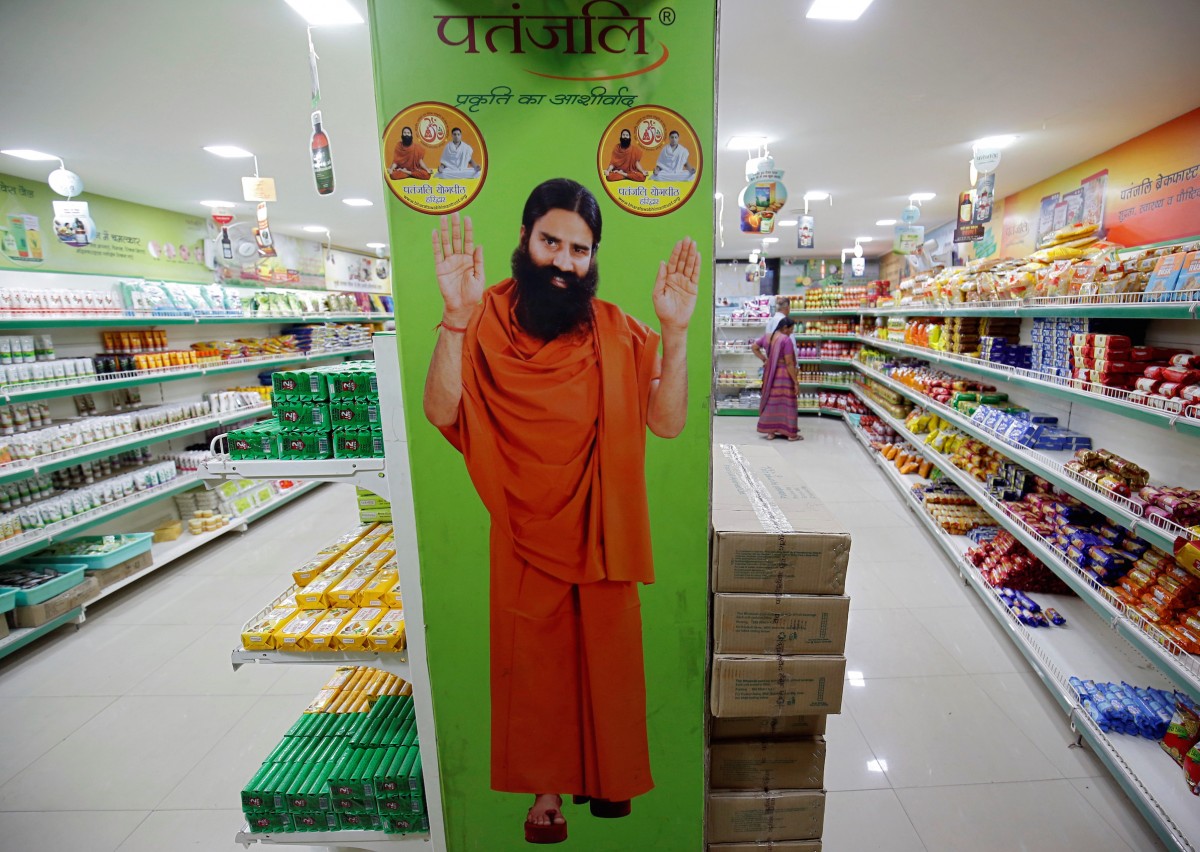 Some people go so far as to quote an entry for the word ‘Hindu’ in a Sanskrit lexicon titled ‘শব্দকল্পদ্রুম’ / ‘शब्द्कल्प्द्रुम’ (‘shabdakalpadruma’ – ‘the wish fulfilling tree of words). The trouble is, this encyclopaedic dictionary of Sanskrit words, compiled by Radhakanta Deb and edited by Karunasindhu Vidyanidhi, was published, finally, as recently as 1858. And though it tells us a lot about what two Bengali gentlemen thought Sanskrit was in the 19th century, the words in it are not an authentic criterion for ‘antique authenticity’.

The word ‘Hindu’ does occur in inscriptions found in present-day Karnataka and Andhra that can be dated roughly to the mid 14th century CE. Here, it occurs, in two instances, embedded in the phrase ‘Hindu-Raya-Suratrana’ (Suratrana being a late Sanskrit gloss of the Arabic word Sultan) to denote the idea of ‘Sultan (Supreme Authority) amongst Hindu kings (Raya). Here too, it is not accidental that the words Hindu and a derivative of another Arabic word, Sultan, should stand so close together.

Audrey Truschke, in The Language of History: Sanskrit Narratives of Muslim Pasts, points out that ‘the earliest known use of ‘Hindu’ in Sanskrit dates to 1347, when Marappa, one of the Vijayanagara founders, declares himself to be a suratrana above and against more lowly Hindu rulers (hindūrāyasuratala, Sultan among Hindu kings). Five years later, in 1352, his brother, Bukka, similarly fashioned himself, using what became the more standard Sanskrit ‘suratrana’ (hindūrāyasuratrana, Sultan among Hindu kings). [See also: Wagoner, Phillip B., ‘‘Sultan Among Hindu Kings’: Dress, Title and the Islamicization of Hindu Culture at Vijayanagara’, Journal of Asian Studies 55, no. 4 (1996).]

The phrase ‘Hindu-Pad-Pādshāhi’ which gained some currency as a form of ‘Hindu’ state formation, again dates to the reign of the Peshwa ruler Baji Rao I, in the early 18th century. Here too, the word Hindu, like the word Padshahi that qualifies it, is derived from Persian.

The word ‘Hindoo’ or ‘Gentoo’ – from which we get Hindu – enters modern consciousness in Nathaniel Halhead’s ‘A Code of Gentoo (Hindoo) Law’, or ‘Ordinations of the Pundits’ published in 1776, which was an English translation of a Persian translation of a an 18th century CE Sanskrit compilation titled ‘Vivādārṇavasetu’ (‘Bridge over the Ocean of Disputation’).

The word ‘Hinduism’ denoting a belief system first appears in the English language in the writing of Raja Ram Mohan Roy, in 1816.

But whatever presence the word Hindu may or may not have in the traditions of South Asia, that the word ‘Hindutva’ does not is not difficult to see.

That the word Hindutva is a totally artificial neologism can be gleaned from the fact that its first appearance in any language whatsoever can be precisely dated. It first appears in Babu Chandrakanta Basu’s Bengali tract – হিন্দুত্ব – হিন্দুর প্রকৃত ইতিহাস – (‘Hindutva-Hindur Prakrita Itihas’ / ‘Hindutva, the Natural History of Hindus’). This text was published in 1892. I have heard it said that Bal Gangadhar Tilak wrote an editorial titled ‘The Modern Enemies of Hindutva’ castigating the imparting of education to women and people belonging to what he thought were ‘lower castes’ in his journal Kesri in 1887 but I have not come across this text anywhere.

Whatever it may be, the word, Hindutva, had no history at least prior to the late eighties of the 19th century. That makes it just a little more than a 140-year-old neologism artificially created to lay the foundations of political Hinduism. Not even Vivekananda, the man Hindutva enthusiasts usually invoke as their primary inspiration, used it even once in the entire corpus of his voluminous English and Bengali writings and speeches. The word gets currency, even in the self consciously Hindu political milieu, around the Hindu Mahasabha and the RSS only after V.D. Savarkar uses it in his 1923 pamphlet titled ‘Hindutva’.

Savarkar, like Ramdev, was not known for his Sanskrit learning. His attempt to account for the antiquity of ‘Hindu’ by saying that it resulted from an exchange between a sibilant ‘s’ sound in Sanskrit for an aspirated ‘h’ sound in Prakrit does not hold up. This concept of a sound transfer is more accurate in describing the transaction of sounds between two closely related Indo-European languages – older Sanskrit and Avestan (the language of ancient Iran), which has ‘Asura’ (Sanskrit) becoming ‘Ahura’ (Avestan) and flip meaning, in the process, between demon and deity. Similarly, Sanskrit ‘Soma’ (the hallucinogen that the Vedic literature is so obsessed with) becomes ‘Haoma’ (in Avestan) and ‘Sindhu’, the name of a river (Indus) becomes ‘Hindu’ in Avestan, and then becomes the word for the people who live along or across that river. It becomes ‘Hindu’ in proto-Arabic and then in Arabic. ‘Hodu’ in Hebrew, and ‘Indoi’ in Greek (from which we get ‘Indika’ and finally, ‘India’). The words ‘al-Hind’, Hindostan’, Hindi’, Hindavi’ and ‘Hindu’ (which don’t mean the same things) travel back to South Asia (across the river Indus) with Arabic and Persian speakers, and then begin entering Indic languages, not from Sanskrit, or even Prakrit, but from the speech of Arabic and Persian speakers. Some of the people described as ‘Hindu’ by Arabic, Turkic and Persian speakers begin describing themselves as ‘Hindu’ too. Just as some indigenous Americans begin calling themselves ‘Indians’ when called ‘Indians’ by European settlers (that’s a different confusion). Gradually, the word for a people, ‘Hindu’, becomes a word for a system of beliefs and a ritual structure. Words change. Sounds change. Meanings change.

Consider a similar semantic transfer in the opposite direction. Old Sanskrit words for ‘foreigners’ – ‘Yavana’ (from the Greek ‘Ionai’ meaning ‘Ionians’) and ‘Turushka’ for Turk, begin to stand in for Muslims, though neither ‘Greek’, nor ‘Turk’ means ‘Muslim’. And so, for some ‘Hindus’, some ‘Arabs’ and some ‘Turkic’ people become ‘Yavan’, meaning ‘Greeks’ (because they are ‘Muslim’). So many names, so many mistaken, desired, or confused identities, so much flux.

Savarkar is on to something when he points to the ‘s’-‘h’ transfer. It’s just that he gets the direction wrong.

What would no doubt surprise Ramdev, though, is that Savarkar maintains that ‘Hindutva’ is quite different from the ‘Hindu faith’ and that for him the two can even be antithetical. And when they are, militant Hindutva, for Savarkar, must prevail, over the vacillating Hindu. So when Rahul Gandhi says that as a Hindu he is against Hindutva, he is not necessarily as wide of the mark as Ramdev thinks he is. Hindu and Hindutva do not have the relationship that Ramdev thinks can be taken for granted. And Savarkar would, at least in this instance, be laughing, not with but at Ramdev. Savarkar would agree with Rahul, but for reasons beyond the ken of either Ramdev or Rahul.

Hindutva is a strange beast, neither fish nor fowl, neither Sanskrit nor Perso-Arabic. And it is just as artificial and arbitrary as any other modern and novel, but ultimately, fake attempt to endow a form of 20th-century fascism with a fraudulent cultural pedigree.

Treat it with just about as much faith, or scepticism, as you would any formulation manufactured in Ramdev’s pharmacy.

This article was first published as a Facebook post on the author’s profile and has been edited lightly for style.