A Tale of Two Diggings

What differentiates a Clive House from a Gyanvapi? Why should we encourage delving into the history of one but advise forbearance when it comes to the other? 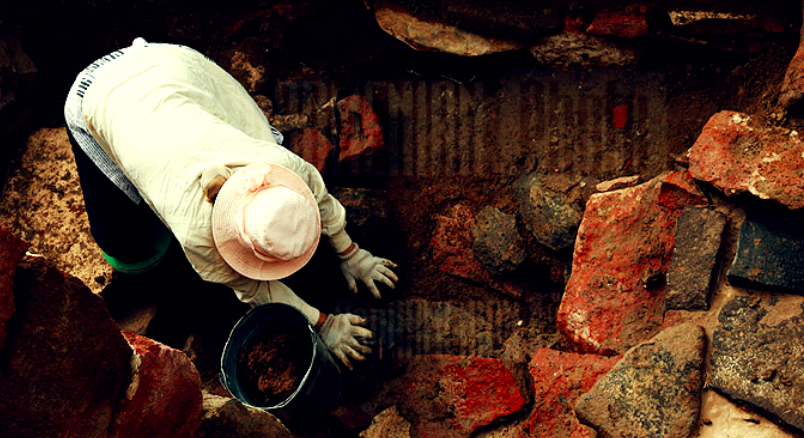 In March-April this year, artefacts unearthed by the Kolkata circle of the Archaeological Survey of India (ASI) reignited a debate around the city’s origins.

The latest findings were a result of excavations conducted at a mound near Clive House in Dum Dum, a Kolkata suburb most popular as the location of the Netaji Subhas Chandra Bose International Airport. As the name suggests, Clive House was the residence of the (in)famous British colonialist Robert Clive and is one of the oldest buildings in the city.

Items discovered at the site included pottery, coins, terracotta figurines, etc., and suggest that human settlements may have existed in the area since as early as the first century AD. While scientific dating of these artefacts is awaited, the discovery could help establish that Kolkata, or parts of it at least, had been inhabited almost 2,000 years ago, well before the British sought to name, shape and lay claim to the city.

As the one-time capital of the British government in pre-independent India, Kolkata (Calcutta, to the English tongues unable to pronounce the soft ‘t’) still bears visible reminders of that era, particularly in its architecture. This is not remarkable in itself as buildings constructed by the Raj can be found in many other cities in India. But Kolkata more than most has struggled to step out of the shadows of its colonial past. 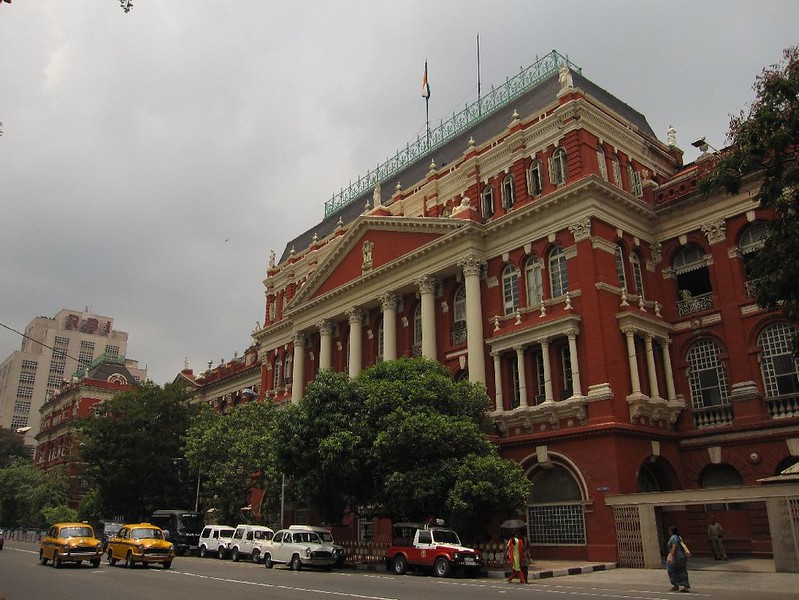 ‘Kolkata more than most has struggled to step out of the shadows of its colonial past.’ Photo: JnM_RTW/Flickr (CC BY-NC-ND 2.0)

Attempts have, of course, been made to cast a spotlight on Kolkata’s antiquated history and build a narrative that debunks the notion of the city having been founded by English settlers. In 2002, the Sabarna Roychowdhury Paribar Parishad filed a PIL before the Calcutta (or should we say Kolkata) high court disputing the recognition historically accorded to Job Charnock as being the founder of the city.

After constituting an expert committee to examine this issue, the high court ultimately ruled that “one simple ‘founder’ cannot be determined”, and with one swift stroke knocked Charnock off his pedestal. Twenty years on, the findings at Clive House suggest that Kolkata, in primordial form, could indeed have existed for centuries before Charnock’s arrival.

For those of us who grew up in Dum Dum, Clive House had always been a popular landmark. Everyone in the area was familiar with the crumbling manor perched on a peculiar, solitary mound. My memories of the building are of an ominous, dingy relic and I never dared to set foot inside its threshold. 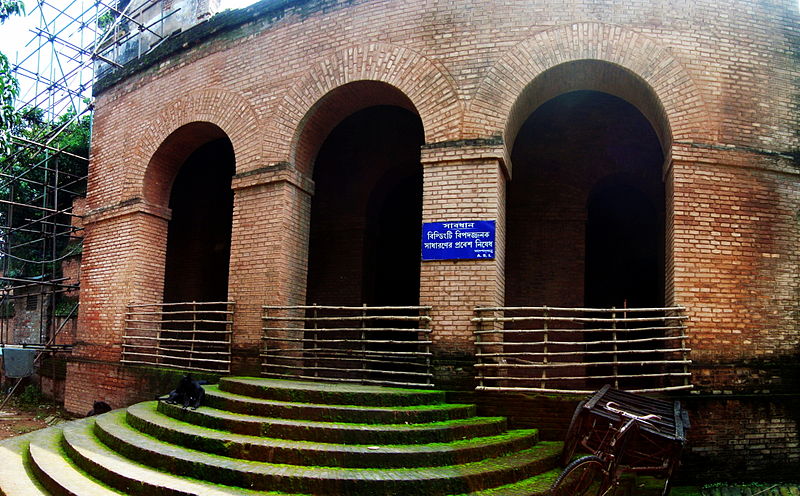 Clive House in Dum Dum near Kolkata. ‘Everyone in the area was familiar with the crumbling manor perched on a peculiar, solitary mound.’ Photo: CC BY-SA 3.0

The grounds outside were a delight to us, however. What is now the excavation site used to be a football field that I would often visit in my school days. It feels surreal to know that the land on which we would run helter-skelter and kick a ball around (with questionable accuracy) hid ancient secrets deep underneath. And while it is dispiriting to see one’s childhood playground being disembowelled, there is solace in knowing that it is for a rational purpose: a scientific inquiry into our history and our origin.

Unfortunately, it is difficult to find such rationality in certain other excavation demands which have been in the news in recent times.

For many weeks now, news reports about the various litigations setting out claims and counter-claims regarding the provenance of the Gyanvapi mosque in Varanasi and the Shiva temple it is (allegedly) built upon have dominated headlines. In April 2021, a Varanasi court had ordered the ASI to survey the mosque to get to the bottom of the claims, but the Allahabad high court had stayed this order. 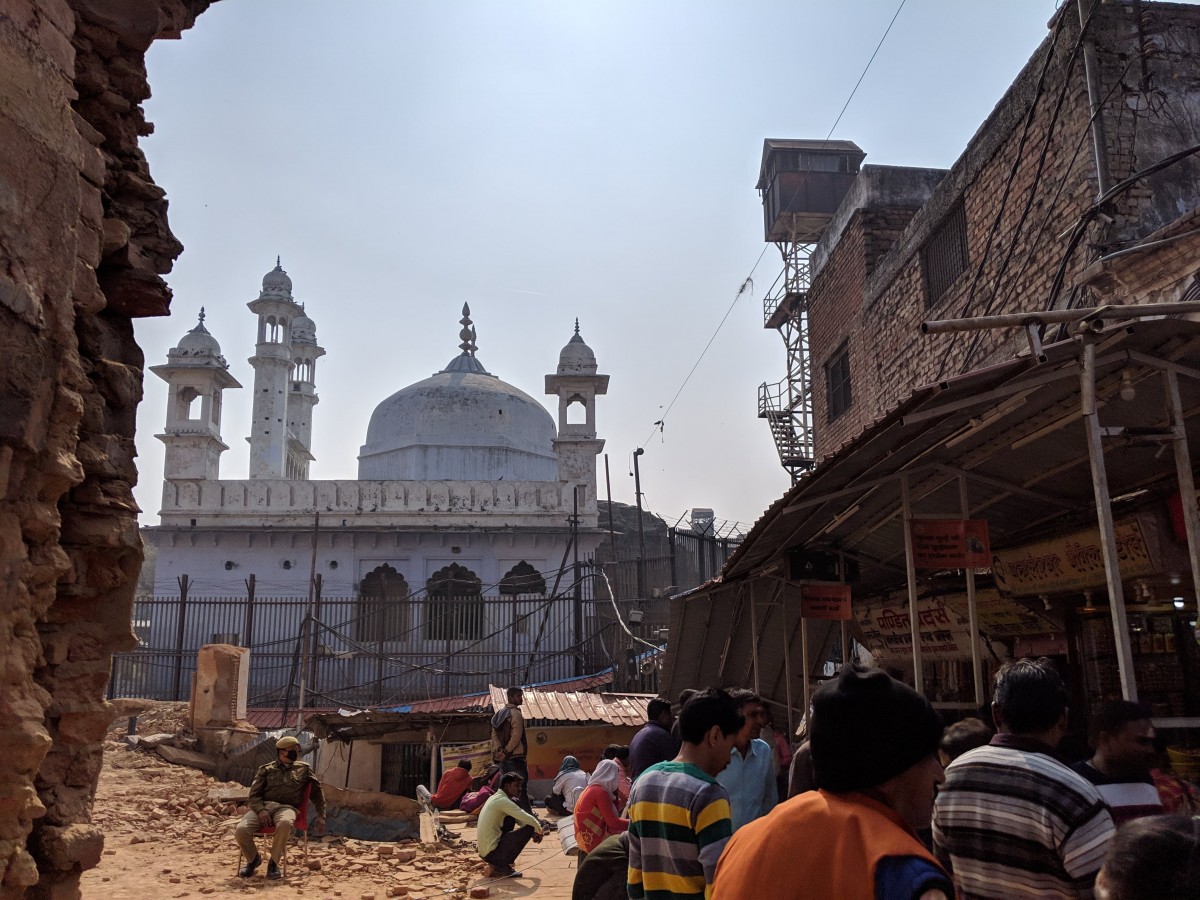 The Ferris wheel of news around this topic, however, continued to turn. Earlier this year, in May 2022, a court-ordered videographic survey of the mosque claimed to have discovered a shivling in the wazukhana area. Even the Supreme Court eventually got involved and transferred the case to a district court in Varanasi.

Bear in mind that Gyanvapi is not an isolated incident. In the Shahi Masjid Idgah – Shri Krishna Janmabhoomi case currently playing out before a Mathura court, one of the plaintiffs has claimed that idols were buried under a mosque in the Agra Fort and demanded an excavation by the ASI to recover them.

As parties continue to press their claims in these cases, one could very well wonder: wouldn’t an excavation at these sites reveal the truth and put an end to this matter? After all, the ASI conducts numerous excavations at important locations throughout the country. The work being done in Rakhigarhi and Keezhadi – to name just two – has provided valuable information about millennia-old human civilisations, and which may otherwise have never come to light.

Also read: Stretching the Law to Suit the Illegal

Who, then, decides which excavation is legitimate and which is not? What differentiates a Clive House, a Rakhigarhi or a Keezhadi from a Gyanvapi or an Agra fort? And why should we encourage delving into the history of one but advise forbearance when it comes to the other?

One could argue that the answer lies in an observation made by the expert committee that erased Job Charnock’s status as the founder of Calcutta nearly two decades ago: “Determination of truth in history is a question of different interpretations of either the same evidence or different sets of evidence.” This insight is now more relevant than ever.

A country built upon the constitutional ideals of democracy and secularism cannot afford to dismantle religious sites, especially those of the minorities, to chase a version of the ‘truth’ in the ghosts of the past. Reparations for perceived historical wrongs cannot become a means to impose an oppressive majoritarianism on a diverse and pluralistic society.

This is particularly so in a society where the space for minorities is rapidly shrinking. We are living at a time when the bulldozer is fast becoming a symbol of the state’s ability to run roughshod over an individual’s fundamental rights. Allowing the bulldozer unfettered access to places of worship may ignite a conflagration we would be hard pressed to extinguish.

Rohan Banerjee is a lawyer in Mumbai.