A Barrister Was Thrown Off a Train. He Arose a Revolutionary.

We have to admit that a 'Pietermaritzburg 1893' gets re-enacted ever so often in the lives of disempowered citizens, not so much at the hands of fellow-passengers, guards or constables, but of those with social, political and economic monopoly. 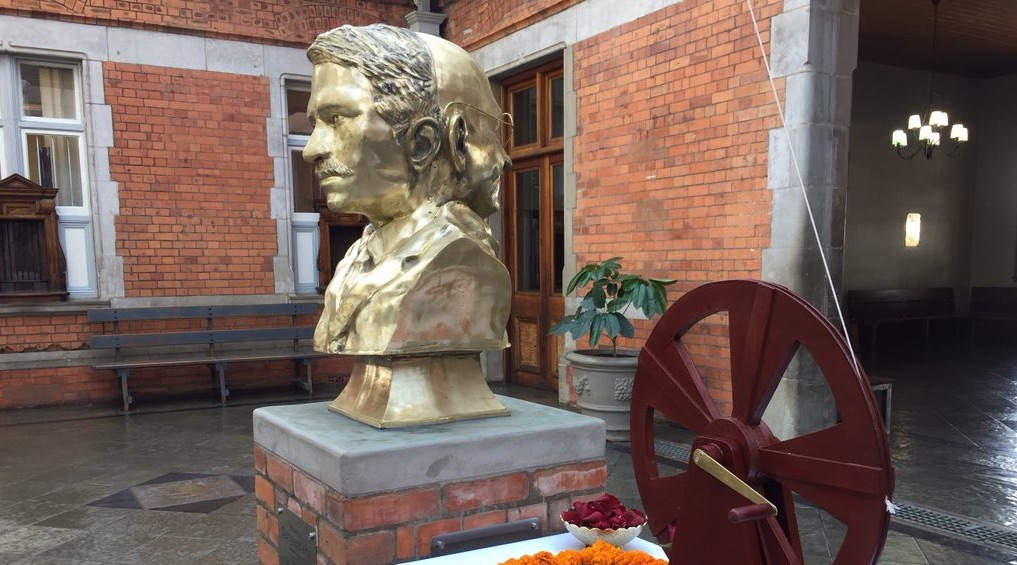 On June 7, 2018, a two-sided bust of Mahatma Gandhi was unveiled at Pietermaritzburg railway station in South Africa to mark the 125th anniversary of the incident when he was thrown off a train for being an Indian in a ‘whites only’ carriage.

“He himself”, writes Gandhi’s first biographer Joseph J. Doke, “was… the child of an ancient and noble race. His father, grandfather and uncle had been Prime Ministers of their respective Courts. His childhood and youth had been spent in India, familiar with the splendour of an Eastern palace. In manhood he had known nothing of colour-prejudice, but had been granted free access to polite English society… By profession he was a barrister, trained in the fine old English Law Schools of the Inner Temple, and called to the Bar in London…. Here in Natal it was all changed.”

Here, indeed, on this rail platform at Pietermaritzburg, it was all changed. When a white fellow-passenger got a railway guard to order Mohandas Karamchand Gandhi to quit his first-class carriage and when on refusing to do so Gandhi was forcibly ejected from the train by a constable and had his luggage pitched out after him, all did change.

In Pietermaritzburg, at this railway station, the question may well be asked: Who was the man that was flung out-, who was it that fell? Again, who was it that rose from his humiliation – somewhere here – on two very different feet? The question may be answered, thus: When Gandhi was evicted from the train, an Indian visiting South Africa fell; but when Gandhi rose, an Indian South African rose. The Indian and the South African merged in him that instant. He fell, doubtless, with astonished disbelief. This must have turned, the very next instant, to fury. But in an alchemy that was uniquely his own, it turned also into something totally different, something creative, something redemptive, something that changed shock and fury into a transformational resolve. Gandhi fell with a railway ticket no one honoured; he rose with a testament none could ignore; he fell a passenger but rose a patriot; fell a barrister but rose a revolutionary; his legal brief became a political cause; his sense of human decency transformed itself into a passion for human justice. The personal died within him that moment and turned public; ‘mine’ became ‘thine’. In fact, Mohandas Gandhi was not flung here, he was launched. As at the moment of birth.

All births are traumatic; only we do not remember the one all of us commence our lives with. Porbandar, on India’s western coast launched him, doubtless with inchoate shock, to physical life. Pietermaritzburg, on South Africa’s eastward flank launched him with transformational shock, to public life. To both towns – Porbandar and Pietermaritzburg – is the human family indebted; in a natural sense to the first; ironically but no less to the second. Perhaps, one day, both towns will exchange municipal ‘sister’ connections.

And so when Pietermaritzburg honours him, it gives him the equivalent of a second birth certificate, a certificate that marks his political birth. I would also like to mention the fact that it was in Maritzburg that a decade later, Kasturba Gandhi and the immortal Valliamma were among those imprisoned and given “hard labour” for their roles in the 1913 Satyagraha ¬– roles which saw Indian women in the forefront of the struggle.

In 1997, when he was conferred with the Freedom of the City of Pietermaritzburg, the beautiful citation carried the word: “atonement”. The use of this word would have moved Gandhi to his depths. It would have moved him because he believed in the self-renewing and healing power of the human will. And because the creative reconciliation that has been so miraculously wrought in South Africa is so like what he desired for India. The absence of vengeance and the generation of mutual trust amongst all the people of South Africa would have led him, had he been alive today, to hail Nelson Mandela – who was present at the railway station to honour him – as more than a statesman; to hail him as a visionary.

Today, when both India and South Africa are free we can see that their freedoms are two sides of the same coin, made from the smeltery of a common anguish, minted in the furnace of a common struggle and embossed with the proud profile of our two peoples’ dignity. The freedoms of Asia and Africa too are of similar coinage as, indeed, are the strivings of all the developing nations. While great strides have been taken, our freedoms remain to be given fullness. Fullness in terms of real, tangible, daily opportunities for our working classes, for our under-privileged, for those who are below the poverty line and for all those people who are below what P. Sainath has described as the ‘destitution line’. And in India our freedoms also need to become real to our women.

We have to admit that a ‘Pietermaritzburg 1893’ gets re-enacted ever so often in the lives of disempowered citizens, not so much at the hands of fellow-passengers, guards or constables, but at the invisible hands of those with social, political and economic monopoly. This happens in the village; it happens in our towns and cities; it happens on the larger canvas of the world.

Whenever the world’s affluent countries, which by definition are also the world’s powerfully-armed countries, raise barriers of protection or preference; whenever they seek to exclude the world’s developing nations from a rightful share in the world’s resources, or in political organisations, they eject a passenger from what they regard as their first-class compartment. Today the larger world remains discriminatory, remains unequal. And that calls for the unqualified completion of the revolution that began in Pietermaritzburg. The task of regarding the equal development of all humankind as one vehicle, as one journey, remains to be completed.

Gopalkrishna Gandhi is a writer and former civil servant.

This article has been adapted from the speech the author delivered as the High Commissioner of India in South Africa, at the time of the posthumous conferment of the Freedom of the City of Pietermaritzburg on Mahatma Gandhi, Pietermaritzburg Railway Station, 25 April, 1997.