Eighty Years Later, A Homage to Catalonia: Indians and the Spanish Civil War

For Indians like Jawaharlal Nehru, Krishna Menon and Mulk Raj Anand, experiences during the Spanish civil war inspired an envisioning of the independent India that would come into being just a decade later. 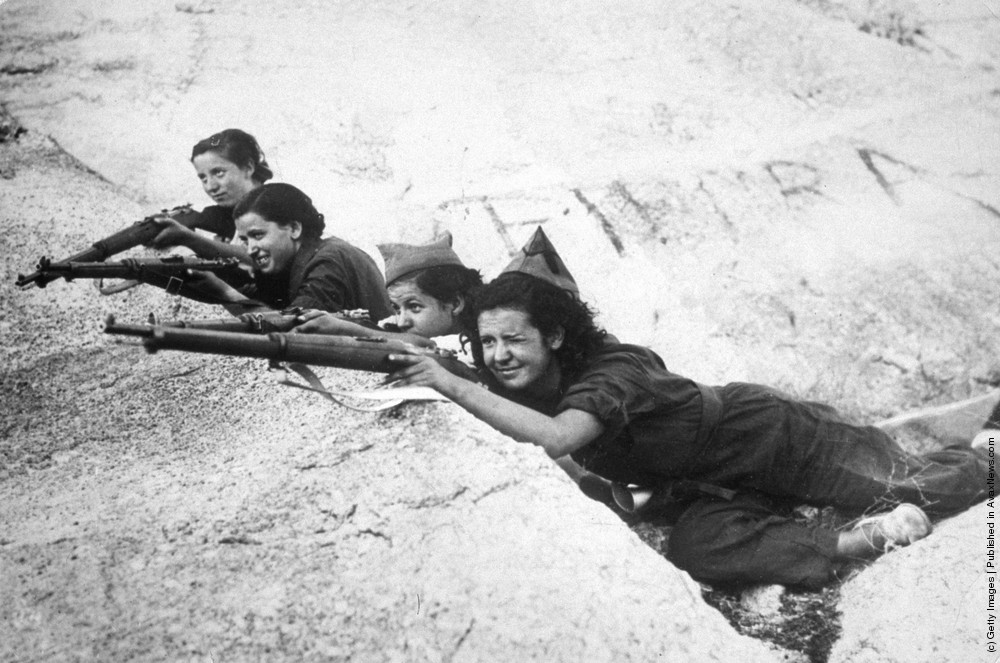 Eighty years ago on July 17, 1936, members of the Spanish military and right-wing conservative groups led a coup against the elected leftist government of Spain.

As a wave of republican fervor in defence of their elected government swept through Spain, the country witnessed a bloody civil war between the fascist and conservative forces on one side, and an alliance of parliamentarian, communist, socialist and anarchist factions on the other. While Nazi Germany and Italy openly supported the fascist forces, only the USSR gave their support to the republicans and the League of Nations chose to remain silent.

The impact of the conflict reverberated far beyond the Iberian Peninsula.

The Spanish civil war became a conflict between opposing conceptualisations of society – between democracy and fascism, freedom and tyranny.

It was seen as part of a larger international conflict that was also being fought in Abyssinia and China. Several thousand people from all over the world took up the republican call and travelled to Spain to enlist in the International Brigades. It became evident that the Republican resistance to the Falangist forces in Spain, the Abyssinian resistance to Mussolini’s forces and the war in China against the Japanese invaders were also linked to the independence movements in the various European colonies like India. A first edition copy of T.C. Worsley’s Behind the Battle. Credit: EBay

In T.C. Worsley’s Behind the Battle, written about his experiences in Barcelona in 1937, he mentions meeting an Indian journalist who called himself “Krishna” and was writing for a number of newspapers. When an American journalist asked Krishna how he billed all the newspapers for which he was reporting, much to everyone’s astonishment, he replied that he was not paid but was doing it to let Indians know what was happening in Spain.

In the annual session of the Congress in December, 1936, Jawaharlal Nehru declared, “In Spain today, our battles are being fought and we watch this struggle not merely with the sympathy of friendly outsiders, but with the painful anxieties of those who are themselves involved in it”. Nehru also condemned the League of Nations for following a policy of non-intervention and accused them of preventing the democratic forces from effectively combating fascism. In Jawaharlal Nehru: A Study in Ideology and Social Change, Rajendra Prasad Dube writes, “In the Spanish struggle all the values of European civilization which Nehru held dear to his heart seemed to be at stake – democracy, socialism, human dignity, self-determination, individual freedom.”

In the intellectual circles, authors like Federico Garcia Lorca and George Orwell took up the republican cause. Among them was also Mulk Raj Anand, then a young author who, a year before the war broke out, had represented India at the World Congress of Writers Against Fascism in Madrid in 1935.

Anand’s communist commitments led him to travel to Spain and enlist in the largely Comintern-run International Brigades in 1937, although his role was more journalistic than military. It was here that he met George Orwell – a friendship that would bloom later in London. It was in Spain that he drafted his novel Across the Blackwaters. Later in 1938, Anand returned to India. In an address to the second All India Progressive Writers Association (AIPWA) in Calcutta, he recounted his experiences in Spain and asserted the need for authors to use their craft to expose injustice and exploitation.

In India itself, literary figures were also closely following the war in Spain. In an article titled “To the Conscience of Humanity,” Rabindranath Tagore wrote:

“In Spain, the world civilization is being menaced and trampled underfoot. Against the democratic government of the Spanish people, Franco has raised the standard of revolt. International Fascism is pouring men and money in aid of the rebels… The devastating tide of International Fascism must be checked… At this hour of the supreme trial and suffering of the Spanish people, I appeal to the conscience of humanity. Help the peoples’ front in Spain, help the Government of the people, cry in a million voices ‘Halt!’… Come in your millions to the aid of democracy, to the succor of civilization and culture.”

Telegu poet Srirangam Srinivasarao, by then a Marxist after being influenced by the rumblings of the Great October Revolution in Russia, wrote his first poem Jayabheri (“Drums of Victory”) in honour of the republican soldiers in Spain.

Back in London, V.K. Krishna Menon, then secretary of the India League mobilised Indian citizens living in Britain to come to the aid of the Republican Spain. The League collaborated with the Communist Party of Great Britain and other Leftist organisations to hold meetings and protest marches against Neville Chamberlain’s appeasement policies and support the republican cause. To send food to the starving and entrenched republicans, the India League also founded the Indian Committee for Food for Spain, of which Feroze Gandhi was made the organising secretary.

The Spain-India Committee also organised cultural events to raise funds and donated an ambulance to “the courageous Spanish democrats in the name of the people of India and Ceylon.” Indira Gandhi (then Indira Nehru), who was at that time studying at Oxford, often helped organise these events and even spoke at some of them. She was also associated with an organisation that solicited volunteers for the International Brigades. Renowned theatre director, dancer, and playwright, Shanta Gandhi, who was then in England studying medicine, became intimate with Indira and Feroze and, through them, Krishna Menon and his young “Free India” associates. She joined a dance troupe to raise funds for the republicans in Spain and often helped Indira organise fund-raising events for the London-based Aid Spain Committee.

In June, 1938, Nehru and Menon visited Barcelona. Recounting his experiences in besieged Barcelona in his autobiography Toward Freedom, Nehru wrote:

“It was the Europe of 1938 with Mr. Neville Chamberlain’s appeasement in full swing and marching over the bodies of nations, betrayed and crushed, to the final scene that was staged at Munich. There I entered into this Europe of conflict by flying straight to Barcelona. There I remained for five days and watched the bombs fall nightly from the air. There I saw much else that impressed me powerfully; and there, in the midst of want and destruction and ever-impending disaster, I felt more at peace with myself than anywhere else in Europe. There was light there, the light of courage and determination and of doing something worthwhile.”

After his return from Barcelona, Nehru addressed a 5000 strong crowd in Trafalgar Square, during an event organised under the auspices of the Aid to Spain Committee. Members of the Condor Legion, which was composed of volunteers from the German Air Force and from the Army and supported the Nationalists. Credit: Wikimedia Commons

While Nehru visited Barcelona and London, in Munich, Great Britain and France betrayed their ally Czechoslovakia by signing a pact of appeasement permitting Nazi Germany’s annexation of the country. Czechoslovakia was not even invited to the conference where its future was being decided.

The next year, in 1939, the Spanish Republic finally fell. General Francisco Franco established a dictatorship with Madrid as his capital. Nehru’s faith in the West was severely shaken by these events: “For Spain was not Spain only, but the new world locked in a death struggle with the barbarian hordes of reaction and brutal violence… Spain and Czechoslovakia represented to me precious values in life… If I deserted them, what would I cherish in India, for what kind of freedom do we struggle?”

The Spanish Civil War left an indelible mark in world history. Its scars are felt in Spain even today. The Republicans were defeated and massacred. But their sacrifice inspired a generation to resist fascism. For people like Krishna Menon, Nehru and Anand, experiences during the conflict influenced and inspired an envisioning of the independent India that would come into being just a decade later.