The university appears to be representing pharmaceutical companies Pfizer, Medivation and Astellas in its patent battle. They aren’t telling the Delhi high court this, but they do talk about it in other documents.

Though UCLA has sold the royalty rights to a company called Royalty Pharma, it has been pursuing a “proxy” patent battle for the drug in the Delhi high court.

UCLA appears to be representing the pharmaceutical companies Pfizer, Medivation and Astellas in its battle. They aren’t telling the Delhi high court this, but they do talk about it in other documents. 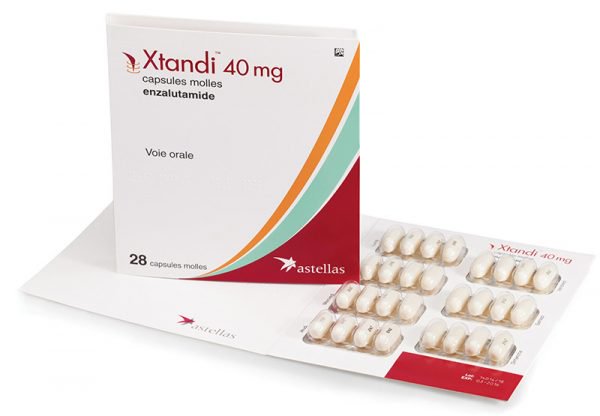 New Delhi: Xtandi is a life-prolonging cancer drug and sells at about Rs 2.7 lakh for a month’s course in India – that’s for four tablets daily. It works for patients with stage-four prostate cancer who have exhausted their drug options and also cannot be treated with castration. The prostate is among the top ten sites of cancer in the Indian population and prostate cancer is the second most common cancer among men worldwide.

Xtandi does not have a patent in India. Its patent application was rejected in 2016 on the grounds of “obviousness and lack of patentable invention”. This means patients are able to avail of generic versions that cost about Rs 70,000 a month, nearly three times less than the trademarked drug Xtandi.

But the University of California, Los Angeles (UCLA), which developed the drug with US taxpayer money and holds the patent, has bypassed the patent office and is fighting a battle in the Delhi high court. They are represented by former Union minister P. Chidambaram, who has made two appearances in the case this year. Of the hundreds of pages they have filed in their writ petition, which The Wire has reviewed, they have not mentioned even once that there are big pharmaceutical companies with whom UCLA has commercial relationships on this drug. And curiously, a Pfizer lawyer has been given the power of attorney.

A proxy battle for Pfizer, Medivation and Astellas

But what does Pfizer have to do with UCLA’s patent battle? Absolutely nothing, if one goes by what UCLA has filed in their petition.

However, other documents as well as communication with The Wire reveal that Pfizer has a lot to do with UCLA pursuing this battle. In fact, the legal battle is “filed and is being controlled and managed by and at the request of Medivation and its commercial partner Astellas,” according to a letter from John C. Mazziotta, the CEO of the UCLA Health System, on September 7, 2017. Pfizer acquired Medivation in 2016.

Although UCLA developed the drug with public money and holds the patent, it has given up any role in setting the price of the drug. As a result, in the US, the drug is sold at the highest price compared to any developed country, according to the Union for Affordable Cancer Treatment (UACT).

Xtandi is now increasingly inaccessible to the very public that funded it in the US, where it sells for about Rs 6.9 lakh per month ($10,772). With a price of Rs 2.7 lakh ($4,172) per month and a patent battle threatening generic production in India, the drug becomes inaccessible to the rest of the world as well.

Globally, Xtandi is one of the top-selling cancer drugs, slated to be in the top five by 2022. This is good news for Pfizer and Astellas. Not having a patent in India on a drug like Xtandi is bad news for them.

UCLA seems to be putting forth two different points based on where it is speaking. Inside court, it has presented itself as an aggrieved educational institution, promoting its academic interests. Outside court, documents reveal that the university is only proxy-battling this at the bidding of its commercial partners, fronting for one of the most expensive cancer drugs in the world.

UCLA denies acting on behalf of big pharma in court

Xtandi is a trademark of Astellas. Its active ingredient is Enzalutamide. Xtandi prolongs the lives of those who have metastatic, castration-resistant, prostate cancer for a few months. It is administered towards the end of a patient’s life when they are already in stage four of prostate cancer, as a third- or fourth-line drug. This is after doctors have already tried things like Bicalutamide, Abiraterone and Docetaxel. After Xtandi, doctors may still try Cabazitaxel.

“As such, by the time patients have reached the stage of Xtandi, they have already spent large amounts of money trying to prolong their lives by a few months with all these other drugs. Generic versions are far more affordable to patients at this stage,” says Dr Alok Gupta, a uro-medical oncologist at Max Hospital in Delhi. “In India, due to ignorance and low levels of screening especially among poor patients, they often come to us only when the disease is already presenting its symptoms. At these late stages, poor patients only have options like Xtandi to help them. We would of course like to prescribe drugs that can help them. But these prices are prohibitive,” says Dr Gagan Prakash, associate professor and urologic oncologist at Tata Memorial Hospital, Mumbai. 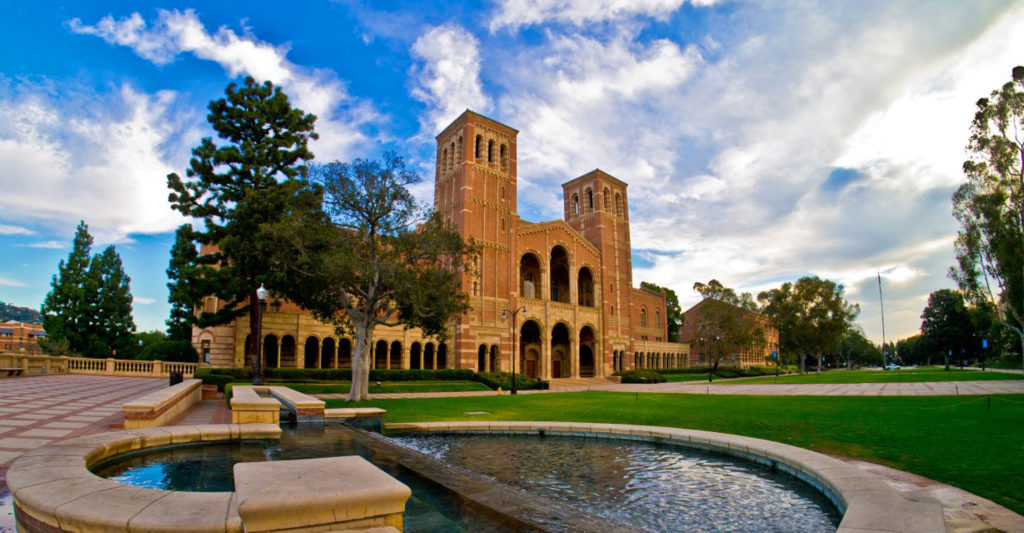 Over the last year, health watchers from several countries, including India, have written to UCLA, asking them to drop their pursuit of this patent in India. Letters have also been written to Hollywood biggie Sherry Lansing, former CEO of the Paramount Pictures Motion Group. She has an entire foundation in her name dedicated to cancer research. At UCLA, she is the chair of the University’s Health Services Committee. UCLA’s school of medicine was named after another Hollywood heavyweight – David Geffen of DreamWorks SKG – who donated $200 million to the university in 2002, making it the single largest gift to a US medical school.

The Wire sent UCLA nine questions. The Wire also sent five questions for Lansing. UCLA’s Phil Hampton, sent a 163-word reply, answering no question in specific. He also did not confirm if he had forwarded the questions to Lansing. Lansing’s other offices have not replied to The Wire nor to those who have petitioned her for action.

UCLA’s reply says “UCLA’s licensee is pursuing a patent in India under an agreement not subject to re-negotiation.” The licensees here are Pfizer through Medivation and Astellas.

But UCLA’s statement to The Wire is contrary to the writ petition they have filed in court – the university itself, and not the licensees, have filed a writ petition in India against the rejection of its patent. In fact, UCLA’s petition has not mentioned the licensees even once, it has denied any attempt to conceal them from the court in its subsequent filings, and has definitely not made these commercial bodies a party to their case, although they are apparently the ones “pursuing a patent”.

This isn’t all. On September 7, 2017, Mazziotta replied to letters from the UACT and Knowledge Ecology International (KEI), both of whom have been writing to UCLA on the pricing and patent strategies behind Xtandi. Mazziotta says in technical detail that the patent appeal in India has been “filed and is being controlled and managed by and at the request of Medivation and its commercial partner Astellas”. He says Medivation is the commercial licensee for Xtandi and “The licensee usually has a significant role in the prosecution of patent applications,” including paying for its cost and choosing which countries to pursue patents, he said.

With this, UCLA says that the reason for pursuing this case is because the commercial licensees have asked for it. But this does not answer why UCLA is saying in court that the university has filed the case of its own accord.

There is no official trace of Pfizer, Medivation or Astellas in this litigation, except for the power of attorney granted to Samir Kazi, care of Pfizer Limited, Jogeshwari, Mumbai. He has sworn to court that all the affidavits of UCLA have been “drafted on the basis of instructions given by me” and “nothing material or relevant has been concealed therefrom”. Pfizer has not replied to The Wire’s email with queries on this. 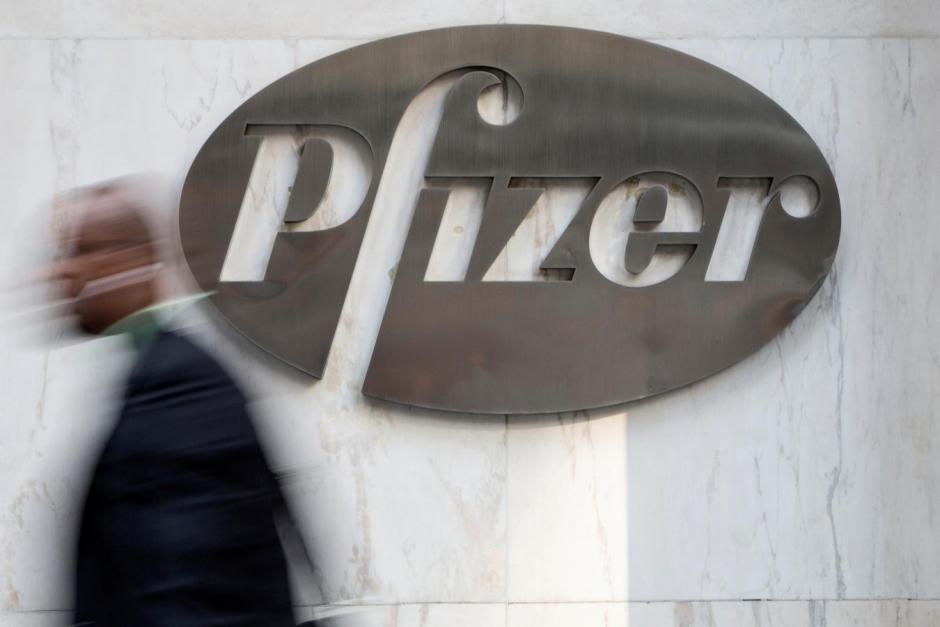 Likewise, UCLA ignored the three specific questions on this asked by The Wire. However, an answer comes from one of the subsequent documents they filed in the Delhi high court, where they said, “It is completely irrelevant that the product XTANDI is apparently manufactured for or on behalf of Medivation Inc, a subsidiary/ sister company of Pfizer Inc, and is sold by Astellas Pharma”. They continued, “It is denied that the failure by the Petitioner to specifically identify the purported commercial interested entities referred to above is deliberate”. They also denied that they have concealed material in their writ petition “in an attempt to secure relief that it is not entitled to, including information relating to the true party or parties who have or may have an interest”.

Seen in light of UCLA’s contradictory statements inside and outside court, Pfizer deputing an attorney on this case seems unsurprising; after all the company has an undeniable commercial interest here. But what is not clear is why the university is fighting the public and proxy-battle for these companies.

Also read: Abbott Fails to Comply With India’s Directive on Safety but Withdraws Its Stents Anyway

It is these contradictory statements which have made health advocates suspicious of this case. “University of California, at the time of licensing this product, did not look at serious access issues in the developing world. The drug is virtually in the hands of Pfizer. This case is basically Pfizer, using the name of University of California, asking the court to review this patent,” says Leena Menghaney, head of the access campaign for South Asia at Medecins Sans Frontieres. “We expect Pfizer or Astellas to pursue the patent in India, but the University of California should have done things differently,” says James Love, director of KEI.

Replying sharply to Mazziotta’s letter, Manon Anne Ress, the acting director for UACT, said that this case is “a sobering reminder of the excessive and shamefully unaffordable prices associated with your invention in India”. She told him to “stop patronising” them. In court, the case is being opposed by two pharmaceutical companies, two individuals and the Indian Pharmaceutical Alliance. Globally, the patent is being opposed by health advocates in India, the US and even Chile.

Ress draws attention to UCLA’s own Licensing Guidelines in a reply to questions from The Wire. The guidelines spell out how UCLA could pursue its intellectual properties.

UCLA’s Licensing Guidelines advise the university and its licensees to pursue patents only in those developed countries which can afford it and to not seek patent protection in developing countries. This is part of the university’s “public benefit mission” to promote access to essential medical innovations in the developing world through “humanitarian patenting and licensing strategies”. The guidelines call for “alternate licensing” in the developing world, to allow generic manufacture to provide the same drugs without license agreements with UCLA and to even forego royalties in these countries.

Healthcare watchers see none of this reflected in the UCLA’s conduct in the US or in India. “The university claims its license carries an obligation to assist in the litigation, but it should not have a contract that runs counter to its own licensing policy guidelines,” says Love.

Menghaney, Ress and Love all point to India’s status as the generic drug supplier for much of the world. “The grant of a patent on Xtandi in India would prevent generic competitors from supplying the drug at an affordable price, in India and in other countries where there is no patent,” says Ress.

With these differing approaches inside and outside court, UCLA’s case is slated to come up in the Delhi high court in December 2017.