Will the Latest Attempt to Reform the Medical Council of India be Successful?

Like its predecessor, the National Medical Commission will likely be a poor enforcer of minimum standards in the health profession if its composition is dominated by doctors. 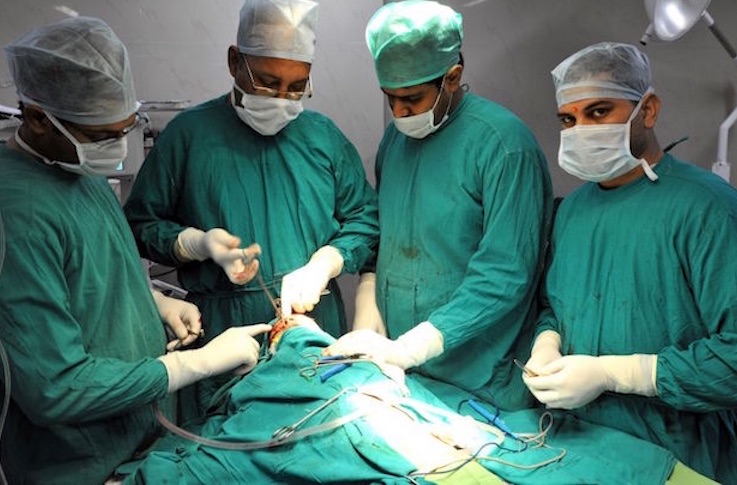 A 2016 Parliamentary Committee report noted that between 1963-2009, just 109 doctors were blacklisted by the Ethics Committee of the MCI. Credit: Flickr

Parliament recently referred the National Medical Commission Bill, 2017 (NMC Bill) to a standing committee. This is the 13th legislative attempt (Bills and amendments) to reform the Medical Council of India (MCI). The history of failures of MCI is well recorded. It has required interventions by the legislature and the judiciary. The NMC Bill is the latest attempt at reforming the MCI.

Like the present MCI, the proposed NMC will be dominated by doctors. Consequently, it will remain reluctant to discipline doctors for malpractice and negligence and remain an ineffective regulator.

Section 4 of the Bill lays down the composition of the proposed NMC. In comparison with the 104-member board of the MCI, the new NMC board will have only 25 members. This is a welcome move. Literature shows that smaller deliberative bodies are more efficient than larger bodies. However, the other problem which persists is the domination of doctors in the regulator (20 out of 25 members will be from the health profession). Only three members will be experts from other fields, not representing the health profession. Just like the MCI, there is a high probability of regulatory capture of the NMC, leading to poor outcomes for patients.

Of the 25 members, there will be 12 ex-officio members, 11 part-time members, a chairperson and a member secretary.

The 12 ex-officio members will be:

The 11 part-time members will be:

The chairperson will be a doctor with 20 years of work experience, and the member secretary will be selected by the government.

Conservatively, 20 out of 25 members of the NMC will be doctors. This number may vary if the member secretary is a doctor as well. Only three part-time members will be experts from other fields.

In addition to the majority, doctors will dominate the NMC in other ways. Decisions of the NMC will be taken by a majority vote. In the event of a tie, the chairperson (doctor) will have a casting vote. The four subordinate boards under the NMC (to set and enforce standards) will be predominantly composed of doctors.

Professional regulators around the world started as clubs. They have sought to restrict the supply of practitioners. This benefited the existing practitioners with higher fees. At the time of its inception, the primary objective of the MCI was also to control the entry of doctors. Since doctors were considered best-placed to carry out the task of regulating entry, the MCI board comprised solely of doctors. Medical boards of other countries were also dominated by doctors.

This domination started to change in the 1960s. There was growing criticism of the health profession. Errors in diagnosis, wrong procedures, misinforming patients, and failure of peer networks to report poor practice, etc. started gaining attention. This happens because of  information asymmetry: situations where one party to a transaction has more or better information than the other. Due to the complexity and uncertainty of medical treatment, patients were unable to evaluate the quality of service being provided. In turn, doctors exercised undue influence over patients. Some common problems with doctors, like unnecessary tests, operations and prescriptions are explained by this theory.

Kenneth Arrow, in his seminal paper on medical care, showed that medicine was plagued with information asymmetry. This led to re-drafting of legislations governing doctors. The new set of legislation were informed by principles of economics like regulatory capture, public-choice theory and special interest groups.  The laws imagined doctors to be like any other rational actor interested in furthering their own interests. Consequently, the new legislations shifted from protecting the profession, to protecting and promoting patient safety.  The UK Medical Act, 1983, and the changes to the California law in 1975, are examples of this new wave of legislation.

This led to the demand for increasing representation of patient interest in medical regulatory boards. To protect patient interest, laws changed the composition of the medical regulatory boards. A doctor-dominated board, designed to serve the interests of its peers, was no longer desirable. The new role required a fair, impartial and independent body to prosecute and adjudicate violations of minimum standards. For example, the General Medical Council (GMC) in the United Kingdom comprises equal number of doctors and public members. Seven out of 15 members of the Medical Board of California (MBC) are public members. At least one-third of the members of the Medical Board of Australia (MBA) must be public members. The history of failures of Medical Council of India is well recorded. Credit: PTI

In India, some attempt was also made to hold doctors responsible for malpractice and negligence. The Amendment Act of 1964 empowered the MCI to set up standards of medical profession. However, the MCI persisted with its outdated design. Other than eight members (to be nominated by the central government), the remaining members of the MCI must have medical qualifications. As of today, the MCI comprises 104 members, all of whom are doctors (including the eight nominated members). This has led to the regulatory capture of MCI.

The regulatory capture is reflected in MCI’s reluctance to discipline doctors. The 1964 amendment empowered the MCI to prescribe the professional code of ethics. The first regulation were enacted in 2002: a gap of 38 years. The MCI has also shown a poor track record in investigating and punishing doctors accused of malpractice or negligence. A public interest litigation in 2000 revealed that there was no system for maintaining an updated database of complaints against doctors; some complaints were pending for more than 42 years; and not a single doctor’s license had been permanently cancelled. A 2016 Parliamentary Committee report reviewing MCI, noted that between 1963-2009, just 109 doctors were blacklisted by the Ethics Committee of the MCI. In contrast, in 2016-17 alone, the MBC revoked or required surrender of 143 licenses and issued 86 public reprimands. Similarly, the GMC issued 11 warnings, suspended 93 licenses, and permanently debarred 70 doctors in 2016.

NMC will not change much

The proposed NMC is more diverse than the MCI. However, compared with other jurisdictions, the NMC has low representation of public members (See Table 1). Even the NMC as proposed by the NITI Aayog was more diverse (ten out of 20 members were from the health profession).

Professional regulators are like the state, insofar as they incorporate legislative (by setting standards), executive (by enforcing prescribed standards) and judicial (by adjudicating violations of prescribed standards) functions. Just like a state, where no special interest dominates the police or judiciary, the regulator should be designed with the same internal safeguards and processes. One of these safeguards is a fair, independent and impartial regulator. The proposed NMC violates this basic principle: it is dominated by doctors. Consequently, doctors will continue to act as judges in their own cause. Like its predecessor, NMC will likely be a poor enforcer of minimum standards in the health profession.

A doctor-dominated MCI has functioned in an opaque and unaccountable manner. This has also eroded public confidence in the profession. In light of India’s experience with MCI, the composition of NMC should not be dominated by doctors. A board with parity between professional and non-professional members (maybe even a slight majority of non-professionals) is a superior institutional design.

Shefali Malhotra and Shubho Roy are researchers at the National Institute of Public Finance and Policy.  An earlier version of this article was published on Ajay Shah’s blog.