What's in a Pack? Sickness, Death and the Power of a Lethal Lobby

The tobacco industry and its political backers have delayed the implementation of an important anti-smoking measure even as countries around the world are moving to the next stage of reform. 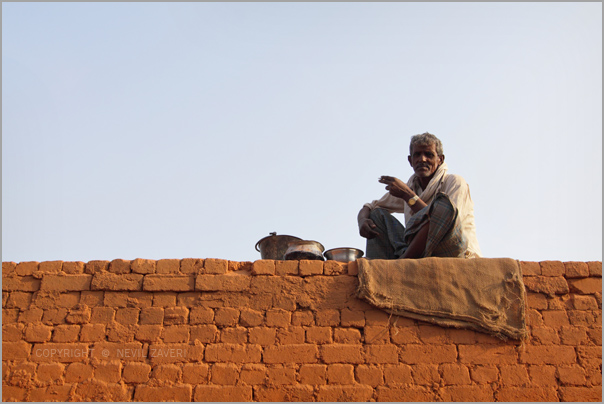 An old man smoking a bidi at a bricks factory. Credit: nevilzaveri/Flickr, CC BY 2.0

On World No Tobacco Day, May 31, the need for implementation of rules mandating health warnings that cover 85% of tobacco packages could not be more urgent.

An overview of the developments of the law reform and litigation around health warnings on cigarette and tobacco packs in India is fascinating, both in its triumphs and losses. The Cigarettes and other Tobacco Products Act (“COTPA”) was enacted in 2003. This statute bans smoking in public places, prohibits the sale of cigarettes and tobacco products to minors, prohibits advertising, promotion and sponsorship of tobacco and also stipulates that health warnings be displayed on tobacco packaging. Under the COTPA, in October 2014 the packaging and labelling rules were amended. These now prescribed that instead of 40% coverage, tobacco packs should carry health and pictorial warnings that cover 85% of the package. These rules were to come into force from April 1, 2015.

The tobacco industry filed several petitions in the Karnataka high court, challenging the constitutional validity of these rules. When they failed to obtain any orders staying their operation, the government miraculously issued a corrigendum – just two days before the April 1, 2015 deadline – deferring indefinitely the date for the entry into force of the new rules. This was a major victory for the tobacco industry. In the face of this indefinite deferral, it was the Rajasthan high court that came to the rescue. On a public interest litigation filed by a tobacco control activist, the court passed an order staying the operation of the corrigendum and directed the Union of India to put the new rules in place immediately. In order to have the order implemented, a contempt petition had to be filed and finally the government issued a new notification on September 24, 2015, announcing that the 85% packaging rules would now be introduced from April 1, 2016. This was one and half years after the rules were initially introduced!

The battle did not end there. The tobacco industry’s request for an interim stay on these rules was rejected by the Karnataka high court and the petitioners thereafter approached the Supreme Court. The Supreme Court refused to intervene, sending the matter back to the Karnataka high court to decide on the constitutional validity of the rules, and in the meanwhile directed the industry to start implementing the rules. The ball is now back in the court of the Karnataka high court, where matters are pending and will be decided soon. However, despite the absence of a stay, April 1, 2016 has come and gone and we still do not see cigarette packs with 85% health warnings in the market.

Laws introducing increased health warnings have been introduced in South and South-East Asian countries such as Nepal (health warnings covering 90% of the packs), Sri Lanka (80%) and Thailand (85%). All these law reform measures were challenged by the tobacco industry in those countries and their constitutional courts upheld the regulations as required in the interest of public health.

Leaving India behind in a cloud of smoke

The first country to introduce standardised packaging restrictions was Australia, in 2012 which introduced pictorial health warnings to cover 82% of cigarette packs and regulations to require that the packs are of a standard dull colour, with the brand of the company in a standard font and size, without any logos or other features. The Australian government conducted a post-implementation review which was published in 2016 which was based upon a mixture of qualitative and quantitative evidence and this report found that the measures were beginning to achieve their desired objective of reduction in tobacco use.

The United Kingdom introduced the Standardised Packaging of Tobacco Products Regulations 2015 in March 2015. These regulations were challenged by several tobacco companies and allied members of the tobacco industry on a variety of legal grounds. In a landmark judgment on May 19, 2016, the UK high court dismissed those challenges and upheld the regulations. In this judgment, Justice Green of the high court held that, “If one examines the issue purely by comparing the monetary losses the tobacco industry assert that they will incur against the costs which would be saved to the public purse by the regulations the balance comes out very clearly indeed on the side of the public purse. Yet it is wrong to view this issue purely in monetised terms alone; there is a significant moral angle which is embedded in the regulations which is about saving children from a lifetime of addiction, and children and adults from premature death and related suffering and disease”, and thus rejected the claim of the tobacco industry that these regulations were disproportionate.

With these developments the world over, it is important that India implement pictorial warnings in the interest of public health. The tobacco industry has been spending crores of rupees in hiring the most expensive lawyers to set up constitutional challenges to the health warning rules in high courts all over the country. It is also a well-known fact that the tobacco industry has been lobbying heavily to have the packaging rules delayed – which it succeeded in partially – and in lobbying with MPs to create a doubt on the health impacts of tobacco. India has signed and ratified the Framework Convention of Tobacco Control (FCTC), which not only mandates increased health warnings and plain packaging in its guidelines, but more importantly in Article 5.3 which mandates that, “In setting and implementing their public health policies with respect to tobacco control, parties shall act to protect these policies from commercial and other vested interests of the tobacco industry in accordance with national law.” It is time that the government and its tobacco control measures are protected from the tobacco industry. In the meanwhile, we continue to look to the courts as the last bastion for protection of the right to public health.