Gujarat and Meghalaya were the only two states with 65% of women using period products. 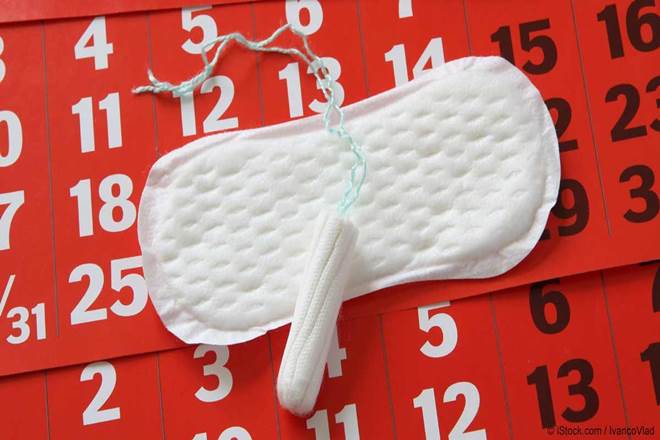 This discrepancy in the choice of menstrual products varies according to factors including area of residence, lifestyle, income group, etc. Photo: Reuters

Gender inequality is deeply rooted in Indian society. India slipped from the 108th to the 112th position in the World Economic Forum’s Global Gender Gap Index in 2020. Women’s empowerment is one of the crucial factors for any nation to bridge gender inequality. The International Institute of Population Sciences, Mumbai, recently released major findings from the fifth National Family Health Survey (NFHS-5), including multiple indicators of women’s empowerment.

One such indicator is the proportion of women aged 15-24 years who use menstruation-related products – locally prepared napkins, sanitary napkins, tampons and menstrual cups – during their menstrual periods.

Not using period products could lead to poor health outcomes, including reproductive and urinary tract infections.

Figure 1 reports the percentage of women aged 15-24 years using period products in India’s states. Seventeen states and Union Territories (UTs) had 90% or more of their women using period products; in Puducherry and the Andaman and Nicobar Islands, the fraction was 99%. 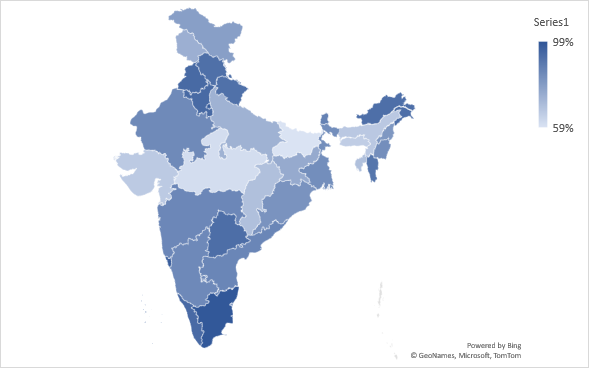 In contrast, seven states and UTs – Tripura, Chhattisgarh, Assam, Gujarat, Meghalaya, Madhya Pradesh and Bihar – had 70% or fewer of their women using period products. Bihar was the only state to report a figure lower than 60%. 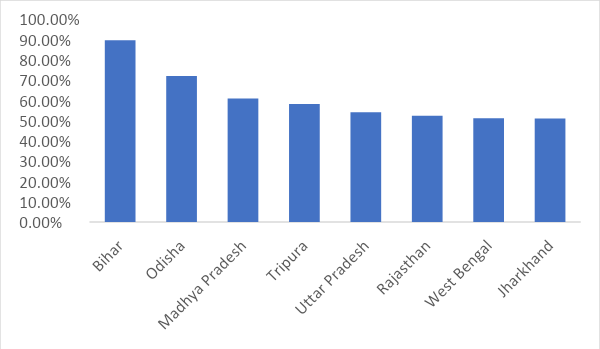 Figure 3 shows the states with the lowest percentage-point increase (<10%) in product usage. Twelve of 14 states already had 80% or more women using them, which could explain the low percentage increase. 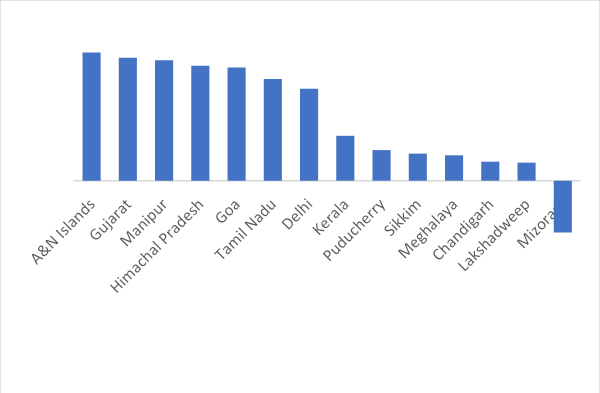 Figure 3. States with the lowest percentage increase in the period products.

Gujarat and Meghalaya were the only two states with 65% of women using period products. And Mizoram is the only state where usage decreased from 93.4% to 89.4%. Thus, there is a need for action in these three states to improve period-product use.

Previous studies have shown that women in urban areas use more period products than women in rural areas. As shown in Figure 4, 11 states reported a gap of more than 15% in period-product use across urban and rural India. Madhya Pradesh and Meghalaya had the biggest gap (>25%). 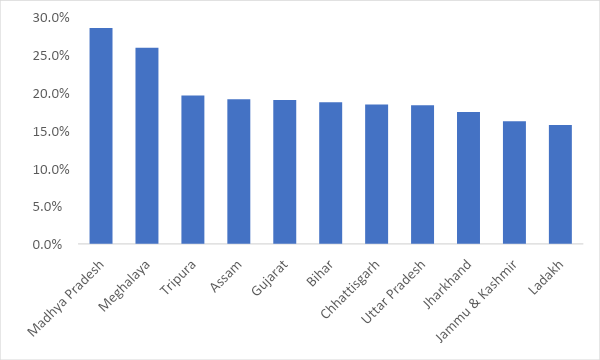 Figure 4. Percentage gap in the number of women using period products across urban and rural India.

Interestingly, Madhya Pradesh and Meghalaya are also two of the three states with the lowest period-product use across India. The state with the lowest use, Bihar, is not far down the list and reported a difference of around 20% between rural and urban areas.

All UTs except Chandigarh show a different trend. Period-product use in the UTs was higher in rural areas than in urban areas, although the difference was minimal (0-5%).

Bihar and Madhya Pradesh have done some great work to improve period-product accessibility through multiple state government schemes. For example, Bihar’s ‘bicycle program’ – in which the state gives a bicycle to girl students who continue into secondary school – improved enrolment by 32%. Madhya Pradesh’s Ladli Lakshmi Yojana benefited over 20 lakh girls vis-à-vis their health and education.

Both these schemes helped improve the enrolment rates of girls at schools, empowering them to educate themselves, understand their bodies and make informed decisions about the use of period products.

However, the overall numbers for these two states were low compared to the national scene. One potential reason could be the lower awareness around menstruation. Based on a meta-analysis of 138 studies from India, researchers from India, the UK and the US concluded that 52% of girls were unaware of menstruation before attaining menarche (the first menstrual cycle).

Another reason is that menstruation is accompanied by multiple taboos and myths which result in shame and stigma, especially in rural areas. As a result of this, girls and women become shy about visiting pharmacies to purchase period products and may hesitate to ask the male members in their families to do so as well. These factors could explain the larger gaps in period-product usage between the urban and rural populations.

However, the last one also prompted a broader discourse around the fact that many menstrual pads are neither affordable nor biodegradable.

Also read: What Is Sustainable Menstruation?

A lack of menstrual awareness, the persistence of taboo and stigma around menstruation and poor access to and affordability of menstrual products contribute to their lower use.

To counter these forces, we need to conduct workshops around menstrual health and hygiene, particularly targeting the socio-cultural aspects of menstruation; move away from using non-environmentally-friendly products and strengthen the MHM scheme to include more than one product and empower girls and women to choose the product that fits their needs best.

Karan Babbar is a PhD scholar in innovation and management in education at IIM Ahmedabad.