What Is Mucormycosis, the Fungal Infection Affecting COVID Patients in India?

Mucorales are considered opportunistic fungi, meaning they usually infect people with an impaired immune system, or with damaged tissue. 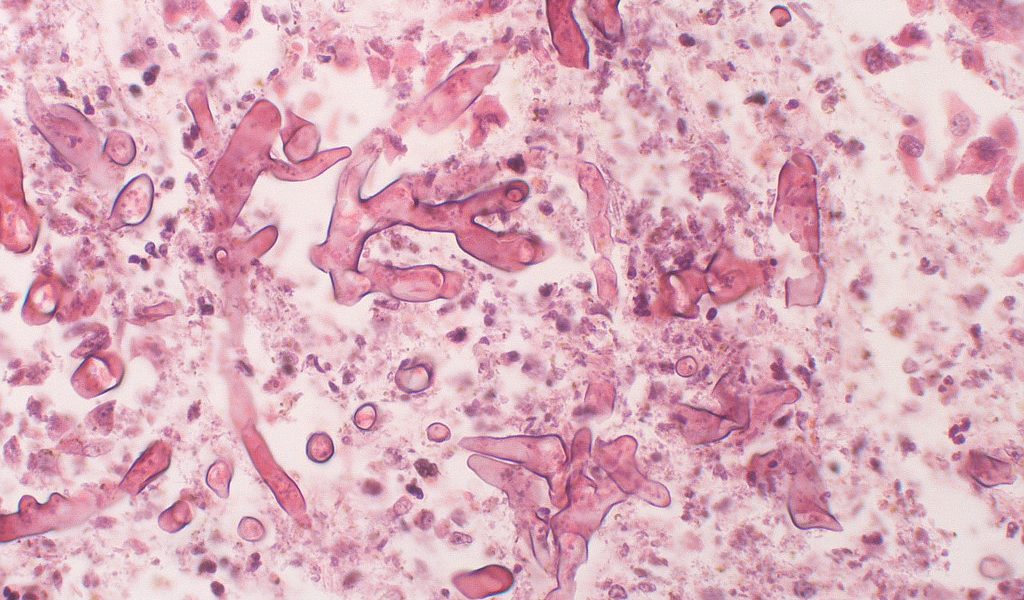 This week we’ve seen reports of an infection called mucormycosis, often termed “black fungus”, in patients with COVID, or who are recovering from COVID, in India.

Fungal infections can be devastating. And in this case mucormycosis is adding to the burden of suffering in a country already in a deep COVID crisis.

As of March this year 41 cases of COVID-19-associated mucormycosis had been documented around the world, with 70% in India. Reports suggest the number of cases is now much higher, which is unsurprising given the current wave of COVID infections in India.

But what is mucormycosis, and how is it linked with COVID-19?

Mucormycosis, formerly known as zygomycosis, is the disease caused by the many fungi that belong to the fungal family “Mucorales”.

Fungi in this family are usually found in the environment (for example, in soil) and often associated with decaying organic material such as fruit and vegetables.

The member of this family which most often causes infection in humans is called Rhizopus oryzae. In India though, another family member called Apophysomyces, found in tropical and subtropical climates, is also common.

In the lab, these fungi grow rapidly and have a black/brown fuzzy appearance.

The family members causing human disease grow well at body temperature and in an acidic environment (seen when tissue is dead or dying or with uncontrolled diabetes).

How do you get mucormycosis?

Mucorales are considered opportunistic fungi, meaning they usually infect people with an impaired immune system, or with damaged tissue. Use of drugs which suppress the immune system such as corticosteroids can lead to impaired immune function, as can a range of other immunocompromising conditions, like cancer or transplants. Damaged tissue can occur after trauma or surgery.

There are three ways humans can contract mucormycosis — by inhaling spores, by swallowing spores in food or medicines, or when spores contaminate wounds.

Inhalation is most common. We actually breathe in the spores of many fungi every day. But our immune system and healthy lungs generally prevent them from causing an infection.

When the lungs are damaged and the immune system is suppressed, such as is the case in patients with severe COVID, these spores can grow in our airways or sinuses and invade our bodies’ tissue.

Mucormycosis can manifest in the lungs, but the nose and sinuses are the most common site of mucormycosis infection. From there it can spread to the eyes, potentially causing blindness, or the brain, causing headache or seizures.

It can also affect the skin. Life-threatening wound infections have been seen after injuries sustained during natural disasters or on battle fields where wounds have been contaminated by soil and water.

We haven’t seen mucormycosis infections associated with COVID in Australia, and there have been very few in other countries. So why is the situation in India so different?

Before the pandemic, mucormycosis was already far more common in India than in any other country. It affects an estimated 14 per 100,000 people in India compared to 0.06 per 100,000 in Australia, for example.

Mucorales can be found in soil, rotting food, bird and animal excretions, water and air around construction sites, and moist environments.

Although never compared, it may be that in Australia we have a lower environmental burden of Mucorales than in India. 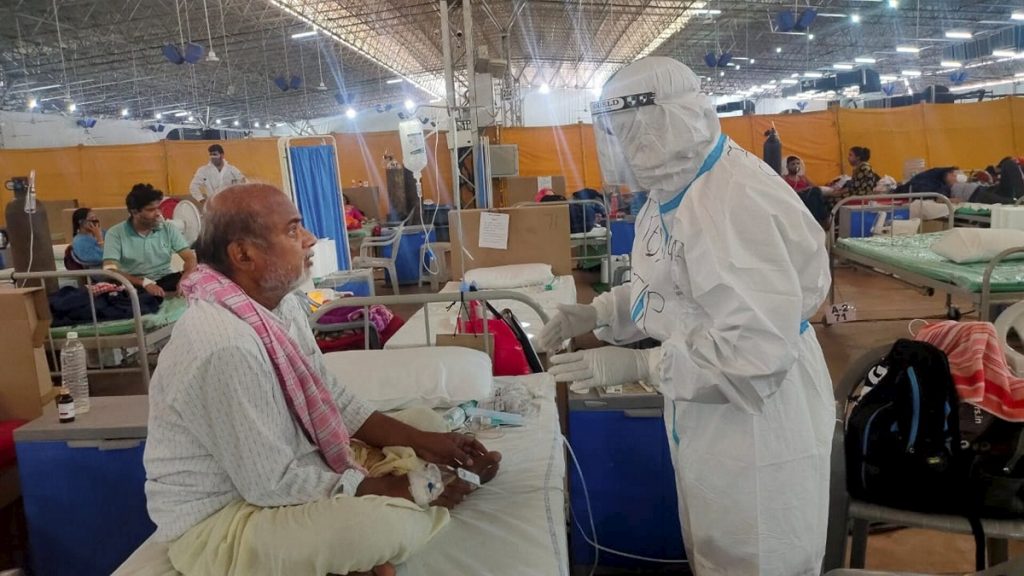 When diabetes is poorly controlled, blood sugar is high and the tissues relatively acidic — a good environment for Mucorales fungi to grow.

This was identified as a risk for mucormycosis in India (where diabetes is increasingly prevalent and often uncontrolled) and worldwide well before the COVID pandemic.

Of all mucormycosis cases published in scientific journals globally between 2000-2017, diabetes was seen in 40% of cases.

A recent summary of COVID-19-associated mucormycosis showed 94% of patients had diabetes, and it was poorly controlled in 67% of cases.

People with diabetes and obesity tend to develop more severe COVID infections. This means they’re more likely to receive corticosteroids, which are frequently used to treat COVID-19. But the corticosteroids — along with their diabetes — increase the risk of mucormycosis.

Meanwhile, COVID itself can damage airway tissue and blood vessels, which could also increase susceptibility to fungal infection.

So damage to tissue and blood vessels from COVID infection, treatment with corticosteroids, high background rates of diabetes in the population most severely affected by COVID, and, importantly, more widespread exposure to the fungus in the environment are all likely to be playing a part in the situation we’re seeing with mucormycosis in India.

In Australia, as in many other Western countries, we’ve seen increased cases of another fungal infection, Aspergillosis, in patients who had severe COVID infections, needed intensive care management and received corticosteroids. This fungus is found in the environment but belongs to a different family.

As Aspergillosis is the most common opportunistic fungus globally, we have tests to rapidly diagnose this infection. But this is not the case with mucormycosis.

Diagnosis and intervention as early as possible is important. This includes control of blood sugar, urgent removal of dead tissue, and antifungal drug treatment.

But unfortunately many infections will be diagnosed late and access to treatment limited. This was the case in India prior to COVID and the current demands on the health system will only make things worse.

Controlling these fungal infections will require increased awareness, better tests to diagnose them early, a focus on controlling diabetes and using corticosteroids wisely, access to timely surgery and antifungal treatment, and more research into prevention.