Using such words and appeals to save the nation suppress possibilities of an honest discussion and promote the existence of vigilantes. Residents of Baksa, Assam in line to refill their LPG gas cylinders during the lockdown. Photo: PTI 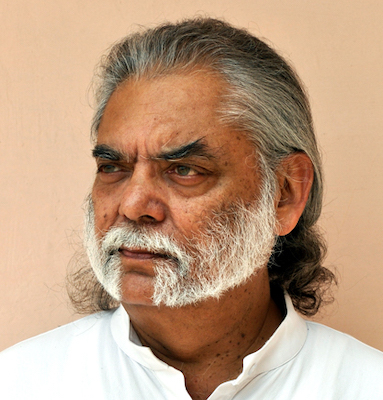 A few days ago, I read an article on the COVID-19 flu by the popular fiction writer Chetan Bhagat advising us to “Trust God, accept his will and hope for the best…Whatever happens will happen…The Bhagwad Gita cites abhaya or fearlessness as one of the top qualities of the divine soul.”

Like millions of others, I have also put my trust in god and she is treating me quite well. After the lockdown ends, I will end up being a richer person because my pension has remained constant and my expenses have gone down.

A little while later, a maid who works in our neighbourhood arrived after an absence of two weeks. She informed us that she had to walk for over an hour to get to our house, evading policemen who are beating up anyone who ventures out of her low-income neighbourhood. But she needed money. Her grandchild had not had any milk for a few days. We paid her delayed salary. She thanked us and left, saying some of our neighbours have barred her from visiting them. They are scared of catching the ungodly virus.

There must be millions of others who have to put all their trust in god. They have known of their plight even when the new virus was not around. According to a study by Indian Council of Medical Research (ICMR) scientists, there were an estimated 9.65 million deaths in India due to all causes in 2017. Of these, about one million were attributed to reasons that are largely due to poverty and lack of healthcare – maternal mortality and children dying before they reach the age of four years.

In addition, more than 12,000 farmers are reported to die by suicide every year. Poverty deaths average out to about 86,000 deaths every month when the economy is doing well. If we were not able to do much about this in good times, try and imagine the situation now. If the current economic distress worsens things by just 10%, it would result in 9,000 extra deaths every month – COVID-19 or no COVID-19.

If the negative effects of the economic lockdown continue for a few months more, it might mean more than one lakh extra deaths over the year. No financial package will help this turn of events. The worst part is that we will never find out. According to the latest official statistics released by the Registrar General of India, the number of deaths recorded in India in 2017 was 6.46 million. However, the number of deaths estimated by the ICMR study for the same year was 9.65 million. This tells us that an estimated 3.19 million deaths went unreported. One can assume that most of these unreported deaths were among the poorer sections of our society. If this latter number increases by half a million this year, there is no way of this number coming to light. Even if someone ventured to find out, the estimates would not be available for 3-4 years.

This suits some very well. Senior politicians and policy makers have justified the complete national lockdown as necessary and gave their reasons why it needed to be continued. A few examples: “We can recover from the economic problem but we can never recover the lives of people”, “I feel people have got used to the lockdown. We should take advantage of that”, “India’s position is better than many developed countries because we started lockdown early”, “The surplus time has resulted in some dividends for me as I have reset my mind… my wife and I are spending the longest time together since our marriage in 1970”, and “The nation has to be saved”.

It is assumed that the economy has nothing to do with health, people are getting used to the lockdown and loving it, this is the only way people will be able to spend time with their spouses, we need to take pride that India is the best in the world in tackling this issue, and that a public health problem needs to be considered a national enemy and tackled as such.

‘War’ cannot and should not be used as a metaphor for tackling a public health challenge. Using such words and appeals to save the nation suppress possibilities of honest discussion and promote the existence of vigilantes. In wars, killing innocent people becomes the norm as long as they belong to the wrong side. Thrashing people walking on the road, stopping doctors from parking their cars in the neighbourhood, clinics not admitting patients suspected of the virus, and stigmatising those suffering from the disease become the norm. People are expected to obey orders without question and legitimate political and scientific debate becomes a casualty.

The signs for this and the negative effects of the lockdown are already there. A recent article in the Lancet informs us that the psychological impact of quarantine includes post-traumatic stress symptoms, confusion, anger, infection fears, frustration, boredom, inadequate supplies, inadequate information, financial loss and stigma. The effects are wide-ranging, substantial and can be long-lasting, sometimes a few years.

We have to deal with all this as we have to get used to the stiffest lockdown of any country in the world for 40 days or more. No matter what the number of COVID-19 deaths total up to at the end of this period, it will certainly be far less than what our fancy modellers have predicted. And the government will claim victory over a national enemy.

But the virus is here to stay. So are all the other damages to the health and economy of the country. It is important that a large number of people start thinking about action that needs to be taken to get back to a normal way of living as soon as possible. How to reduce our ‘social’ distancing. How to rebuild broken lives. We will have to rebuild our businesses, institutions – and democracy. Right now, we need more civic solidarity, community building, decentralised action and focusing on hope for the future.