Watch: 'Delay in WHO Nod for Covaxin Suggests Problems Exist; This Is Serious Setback to Indian Science'

In conversation with Dr Sabyasachi Chatterjee, president of the All India People's Science Network. 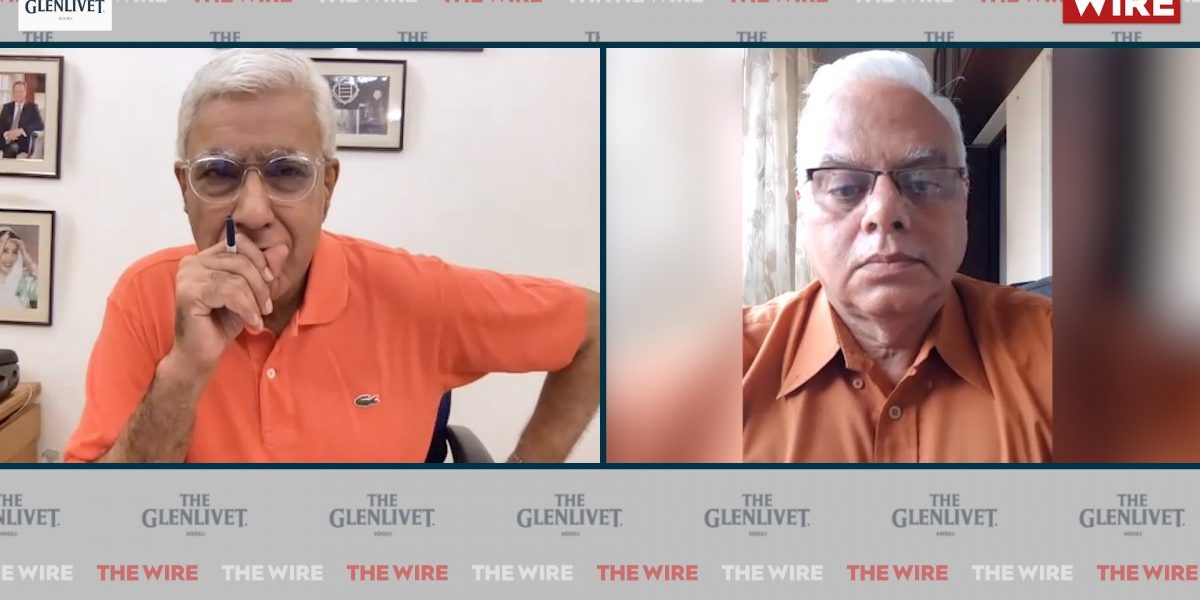 The president of the All India People’s Science Network, an organisation representing the Indian scientific community, Dr Sabyasachi Chatterjee, says the World Health Organisation’s continuing delay in granting Emergency Use Authorisation (EUA) to Covaxin is a sign the WHO has problems doing so.

Although on September 30 Balram Bhargava, the head of the ICMR, said at a press conference that all Covaxin data has been given to the WHO, on that same day Karan Thapar received the following text message from a senior official of the WHO explaining the delay in granting Covaxin EUA: “There are many queries and a bit more back and forth than was expected.” So if the WHO still has “many queries” and things are going back and forth, it clearly suggests the WHO needs further clarification and details and that could also suggest the WHO has concerns, and even problems, with Covaxin’s data.

Chatterjee agreed that another indication the WHO has concerns about Covaxin’s Phase 3 data and is thus delaying granting EUA emerges when you compare how Covaxin has been treated with Pfizer, Moderna and AstraZeneca. Six weeks after Pfizer published its Phase 3 results the WHO granted EUA. In the case of Moderna and AstraZeneca that happened roughly nine weeks after they published their Phase 3 results. In the case of Covaxin, 12 weeks have lapsed since its Phase 3 results were published on July 3 and not only has EUA not been granted, but there’s no sense of when it will be granted. Chatterjee says: “Yes, this suggests that this delay is because of something inadequate.” He said if clearance is taking much longer than it took for other vaccines that is a sign there are concerns and problems.

Going into the details and specifics of his concerns with Covaxin’s Phase 3 trial results, Chatterjee made a point of emphasising that he was relying entirely on what Bharat Biotech has published in a preprint on July 3. It’s possible – though rather unlikely – that Bharat Biotech has made more and better data available to the WHO which has so far not been released to the public through a preprint. However, Chatterjee added, given “the scientific community finds (the data) extremely inadequate” he finds it hard to believe the company has more or better details which have not been released to the public.

Chatterjee first expressed concern about how the preprint handles deaths and adverse effects during the Phase 3 trials. He said 15 deaths have been acknowledged but no explanation is given of what caused them beyond a general statement that they are not a result of vaccination. He says further details are necessary and required.

Speaking about adverse effects, he says the preprint accepts there were 39 in the vaccinated category and 60 in the unvaccinated but does not break up and differentiate between minor, semi-serious and serious adverse effects. Again, this is necessary.

However, Chatterjee’s greatest concern is that the efficacy figure given for the above 60 age group, which is the most vulnerable section of the population, is said to be 67.8% but the confidence interval bands within which it’s located stretch from 8% to 90%. He believes that’s an incredibly wide range which makes the 67.8% figure almost meaningless.

“Efficacy is very important,” Chatterjee said. “If it stretches between 8 and 90% then that clearly means the 67.8 figure is not reliable.”

Asked whether these are merely technical concerns or serious concerns, Chatterjee said “they are serious concerns”. He said the scientific community finds (this data) “extremely inadequate”.

Chatterjee told The Wire that he was surprised that even three months after Covaxin’s Phase 3 trial results were announced in a preprint they have not been published in a peer-reviewed journal. He said this is a clear sign that peer-reviewed journals have questions and concerns about the preprint data. Chatterjee said this point is further underlined by the fact that six months ago, on March 8, Lancet published Covaxin’s Phase 2 interim results. Therefore, one would have expected Lancet to publish the Phase 3 results as well. So far that has not happened.

Finally, Chatterjee told The Wire that the prolonged process of Covaxin seeking EUA from the WHO but, so far, failing to get it, and the concerns about its data, are “a serious setback to Indian science”. He said developing an indigenous vaccine is important and in this instance 18 Indian entities collaborated, including the Indian Council of Medical Research. “The very fact their results (published in the preprint) have not been peer-reviewed is a setback”.

However, Chatterjee said India’s newest vaccine, Zydus Cadila, a three-dose vaccine, should not be judged “by the precedence of Covaxin”. But, he added “the background of Covaxin will always be there”.

Chatterjee also said the WHO’s delay in granting clearance to Covaxin has revived and renewed earlier questions about India’s Drugs Controller General’s EUA for Covaxin well before its third phase results were available.