Watch | 'Impossible to Fully Vaccinate All Adults by End of 2021, Govt's Mistakes to Blame'

Professor R. Ramakumar of the Tata Institute of Social Sciences lists upto eight mistakes made by the Modi government that are responsible for this situation. One of the best known academic experts on India’s vaccination policy has said the Modi government simply cannot meet its target of vaccinating every adult by the end of the year.

R. Ramakumar, a Professor at the School of Development Studies at Tata Institute of Social Sciences, said this is both because the supply of vaccines will be nowhere near sufficient and, second, because the vaccination rate cannot rise to the level required to meet the target.

Ramakumar lists upto eight mistakes made by the Modi government that are responsible for this situation.

In a 45-minute interview to Karan Thapar for The Wire, Professor Ramakumar first points out that the government has failed to meet the target it set in its June affidavit to the Supreme Court of making available 51.6 crore doses by the July 31. Even though Dr. V. K. Paul claimed at a recent press conference that the target had been met, a Union health ministry press release dated July 31, confirms that supply was only 48.7 crore, a shortfall of 5.6%, whilst actual consumption i.e. jabs given to people was only 45.8%, a shortfall of 11.2%.

Ramakumar says this is “a serious setback”. He says the government’s policy statements, both in terms of its various affidavits to the Supreme Court and in terms of what is said at press conferences or in ministry press releases, “have zero sanctity”.

Asked specifically in The Wire interview whether the target of fully vaccinating all adults before the end of the year could be met, Ramakumar clearly and unequivocally said no. He broke his answer into two parts – first, on whether the necessary supply of doses will be available and, second, whether we can achieve the required rate of vaccination.

The professor said because of this constant mismatch between what the government claims and what actually happens, it’s very hard to estimate the actual production of vaccines in India. As he put it, “I wish we knew”. He added “we do not know because the government has not put out a clear number”.

However, Ramakumar said he believes that at the moment India is producing between 11-12 crore doses a month which, he said, amounts to roughly 42 lakh doses a day.

He said the government claims it will have 135 crore doses by the end of the year. This is already a scaled down figure because initially the government claimed it would have 216 crore. However, even the 135 crore figure is unattainable . He thinks it’s more likely that the amount by the end of December will be a 100 crore or even, possibly, less.

Speaking specifically about Bharat Biotech, he said the commitments it has made regarding Covaxin are unreal and are “the biggest disappointment”. The government expects 40 crore Covaxin doses between August and September but the professor thinks this is not likely to happen.

He says there’s a stark mismatch between what Bharat Biotech claims and has delivered, and secondly, between the contracts it has signed with the government and what it’s delivered.

More importantly, production of Covaxin at the Bangalore plant has suffered a serious setback because the initial batches were rejected on quality grounds. Production at Indian Immunological will only start in 2-3 months, as Dr. N. K. Arora has himself admitted. Production at Haffkine and Bharat Immunological “will take much longer”, as Dr. Arora has also admitted. Therefore, professor Ramakumar says, it’s close to impossible for Bharat Biotech to deliver 40 crore doses of Covaxin between August and December. This is one reason why even the govt’s reduced claim of 135 crore doses is realisable. 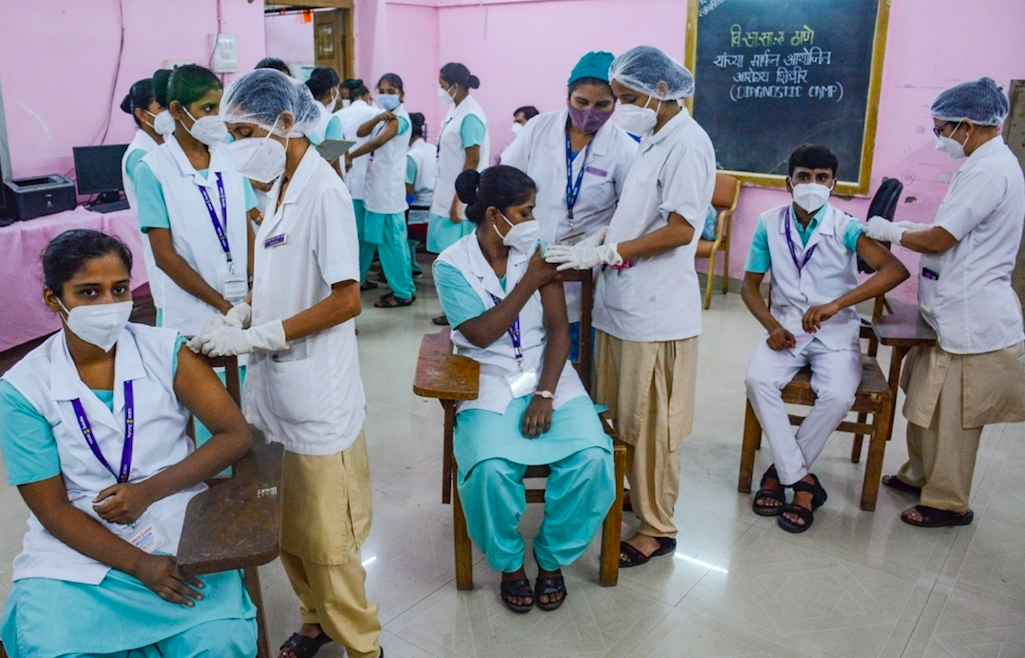 Speaking about the rate of vaccination, Ramakumar said as a one-off event India might be able to push the daily vaccination to 8 or 9 million doses a day but to sustain it at that level for the next 150 days, including Sundays, is simply not possible. At the moment, India is averaging 4 or 4.5 million jabs a day.

In the interview he discussed the example of Uttar Pradesh, the biggest state. In the best week the state averaged 6.7 lakh jabs a day. But if it’s going to vaccinate every adult twice before the end of the year it has to reach 16.1 lakh jabs every day. That’s an increase of 240%. Not only is this close to impossible but, he pointed out, as the percentage of the population that is vaccinated increases, vaccine hesitancy will become a bigger problem and thus make it more difficult to ramp up the daily rate.

Almost like a miracle Uttar Pradesh touched 27 lakhs on Tuesday but the very next day (Wednesday) the rate was down to 3.5 lakhs. In the preceding six days it was between 3 and 4 lakhs a day. On one of those six days it was just 19,000. So, clearly, the 27 lakh figure was a one off and not the start of a sustained process.

Ramakumar also spoke about the litany of enormous mistakes the Modi government has made which account for the present unsatisfactory vaccination situation.

He first identified the government’s failure to invest and ramp up vaccine production even though, as far back as May 2020, we knew India’s total capacity was nowhere near what was needed to doubly vaccinate 940 million people with 1.9 billion doses.

Second, the country decided to limit itself to two vaccines produced domestically and shut the door on all foreign vaccines.

Third, unlike the European Union, the US, UK, Canada and Japan, who made very substantial at-risk investments in vaccines that were still under production and may never have succeeded, India refused to do so. Had it taken this step we would have had an assured supply today. This was, therefore, the third mistake.

Also read: More Evidence on Why the 25% Vaccine Quota for Private Hospitals Should Be Ended

Fourth, India did not place any firm orders and make any payments to either of its domestic manufacturers till January, thus failing to provide any incentive to encourage them.

Fifth, India opened up vaccination for everyone over 18 on the 1st of May, long before most other countries. The problem was at that time India did not have enough vaccines for people over 45. Now, by including an additional 600 million, it converted a shortage into a crisis. This was the fifth mistake.

Sixth, Ramakumar cited the confusion in mid-May when the government initially claimed it would have 216 crore doses, bizarrely including five vaccines that were not ready or cleared for use. This was then scaled down to 135 crore but the resulting confusion convinced many people the government does not know what it’s claiming. But even this 135 crore figure, he said, is not achievable.

Seventh, the government has responded bizarrely if not irresponsibly to offers from Moderna and Pfizer for their vaccines. Dr. Paul has confirmed at a press conference that Pfizer has offered 50 million doses over a 3-4 month period. Newspaper reports have claimed that Moderna, through Cipla, could make a further 40-50 million available. But both manufacturers want legal immunity which the government has said it’s considering but has still not decided about. The process has gone on for over two months and the vaccines have not arrived. Given that India needs these vaccines, this dragging of feet is another mistake.

Finally, there’s an urgent need to reduce the quota for private hospitals from the present 25%. They are, reportedly, only using around 7%. If the quota were to be reduced and the government acquire more which, in turn, it can give the states, vaccination could be stepped up. However, Dr. Paul has made clear the government is not considering changing the quota. This is yet another mistake.