Watch: 'It's Expected That Ultimately, Half of India Will Get COVID-19'

One of India’s most renowned epidemiologists, Jayaprakash Muliyil, tells Karan Thapar why that is not worrying. 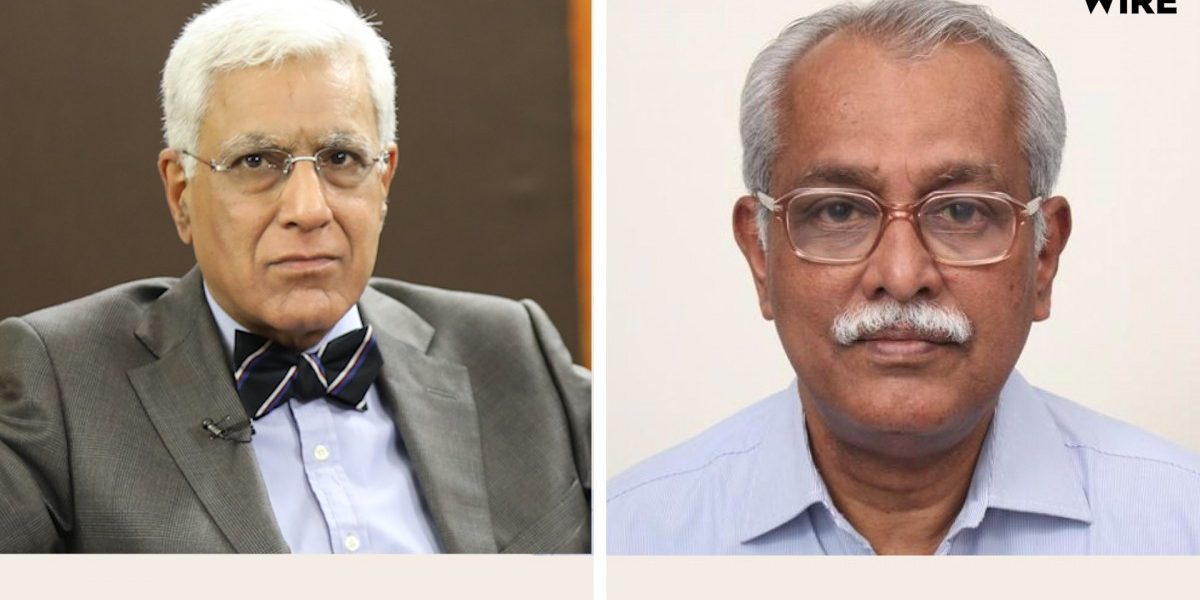 One of India’s most renowned epidemiologists, Jayaprakash Muliyil has said that ultimately 50% of the country’s population (670 million) will be infected by the coronavirus. He said this is not worrying but to be expected and added that the sooner the virus spreads and reaches this number, the better, because only then will the country be able to turn its back on COVID-19.

Muliyil is former principal, Christian Medical College, and chairman of the Scientific Advisory Committee of the National Institute of Epidemiology.

In a 37-minute interview to Karan Thapar for The Wire, professor Muliyil said he accepted and agreed with Harvard professor Ashish Jha’s forecast, that India could see a total of 200,000 cases a day by August.

He also agreed with a forecast made by Ramanan Laxminarayan, the director of the Washington-based Center for Disease Dynamics, that India could have 200 million cases by September. Both Jha and Laxminarayan made these comments in interviews to The Wire.

Muliyil explained that given the size of the Indian population (1.38 billion) these may sound like huge numbers but in proportion to the population they are not.

Asked by The Wire if, with a total of over 440,000 cases increasing at round 15,000 a day, India was losing the fight against the virus, the professor said: “Once the virus comes it has a schedule and it’s on that track. There is no point in judging its progress in terms of winners and losers.” He said India had first tried to block the virus and then to eliminate it but it has to come to stay. These two dreams have been shattered. They have only been achieved in a few small countries. Bigger countries have to learn to live with the virus whilst, simultaneously and as fast as possible, building up herd immunity.

Muliyil also said that there are already pockets of the country that are “demonstrating herd immunity”. He said he was aware of the details of the serological survey done by the Indian Council of Medical Research in containment zones or hotspots which, according to leaks, suggests that up to 30% of the population could have been exposed to the virus. He said: “I know that study. It’s very meticulously done.”

Asked if this is the basis on which he believes there are pockets of the country already demonstrating herd immunity, Muliyil nodded his agreement.

Asked why the government has withheld details of this serological study in containment zones, the professor said he hopes it’s because they are scrutinising the figures to ensure accuracy but, at the same time, he fears the study may have been withheld because the government is worried that 30% infection levels will be interpreted by the people and the press as bad news. However, in Muliyil’s eyes it’s a critical step towards achieving the necessary herd immunity that alone can contain the disease.

The Wire put two concerns to Muliyil regarding his advice that India should respond to the virus by building herd immunity and relying on the age profile of its population (90% of people under 60). First, he was asked how he responded to figures released by the Ministry of Health on May 20, which show that 48.8% of COVID-19 deaths are people under the age of 60. In Europe only 5% of deaths have been people under that age. Does this not show that his belief that India’s youthful population can build herd immunity for the country is mistaken?

In response, the epidemiologist said these figures are skewed due to the fact that a lot of deaths of people over 60 have not been recorded as COVID-19 deaths simply because this age group has not gone to hospital when they have fallen ill out of fear of quarantine or the stigma of the disease or how they will be treated in hospital. If the true number of COVID-19 deaths in the over-60 age group are known then the percentage of deaths in the under-60 age group will fall dramatically.

Muliyil was also asked by The Wire whether his strategy of using India’s young population to build herd immunity, whilst protecting the elderly, is undermined by the fact in India up to three generations of a family live in the same home and it becomes impossible to separate the elderly from the young. Furthermore, many such families live in very small homes. In response, he accepted we cannot protect all the elderly. That is a fact and a reality.

However, he added, perhaps we can try and protect half of them. More importantly we have to teach the elderly to protect themselves. One way is to wear masks all the time.

Professor Muliyil said COVID-19 was primarily an urban disease and in India’s large urban clusters its looks frightening. Even though the returning tens of millions of migrant workers have taken the infection to rural India, in rural parts it’s spread will hardly be noticed because the majority of those infected will be sub-clinical. However, he also accepted the reporting of COVID-19 deaths will be poor and we may not find out about all or a lot of them.

Muliyil also said that there will not be a nationwide peak. Each locality or region will have its own peak. He said that he believed Chennai should peak by August. Delhi, he said, will peak before Chennai. He said he was not disturbed or worried by the handling of the disease in Delhi. He believed it was being handled reasonably effectively.

Muliyil further said that the Indian response to COVID-19 has brought the mortality rate down. Now the need and challenge is to manage cases and ensure a further lowering of the rate.

He said we now need to rethink the strategy behind testing. He said he was skeptical of trying to contain the virus all over India. He said that phase of containment is finished because the virus has spread all over the country. Now, testing should be designed not to ratchet up the number of people infected but to identify those who need medical treatment to ensure they get it and do not die.

However, Muliyil said we do need regular nationwide serological surveys to get an increasingly accurate picture of how many have been exposed to the virus and where we are getting closer to the required 50% levels that will ensure herd immunity.

He was dismissive of claims made by the Health Minister (Economic Times, May 23) that the virus in India is “not that virulent”. He said there is only one virus and there is only one species of human being. The only difference is that different parts of the world report deaths differently.

Questioned about the capacity of the Indian healthcare system to handle a possible 200 million infections in two or three months time (i.e. September), he said our healthcare cannot handle those who will need ventilators. He said they are difficult to manage and they need specialists to manage them. However, our healthcare should be able to handle patients who with nursing care and oxygen will recover.

Questioned about the government’s proposal to provide telemedicine platforms for ICUs in two and three tier towns or district hospitals, Muliyil was unabashedly dismissive of this. He said: “I won’t be happy to be admitted to such an ICU. It’s frightening.”