Professor Ashish Jha said while the official total of COVID-19 cases in India is nearly 3.5 million, if you include the unreported cases the total will be somewhere between 35 million and 70 million. 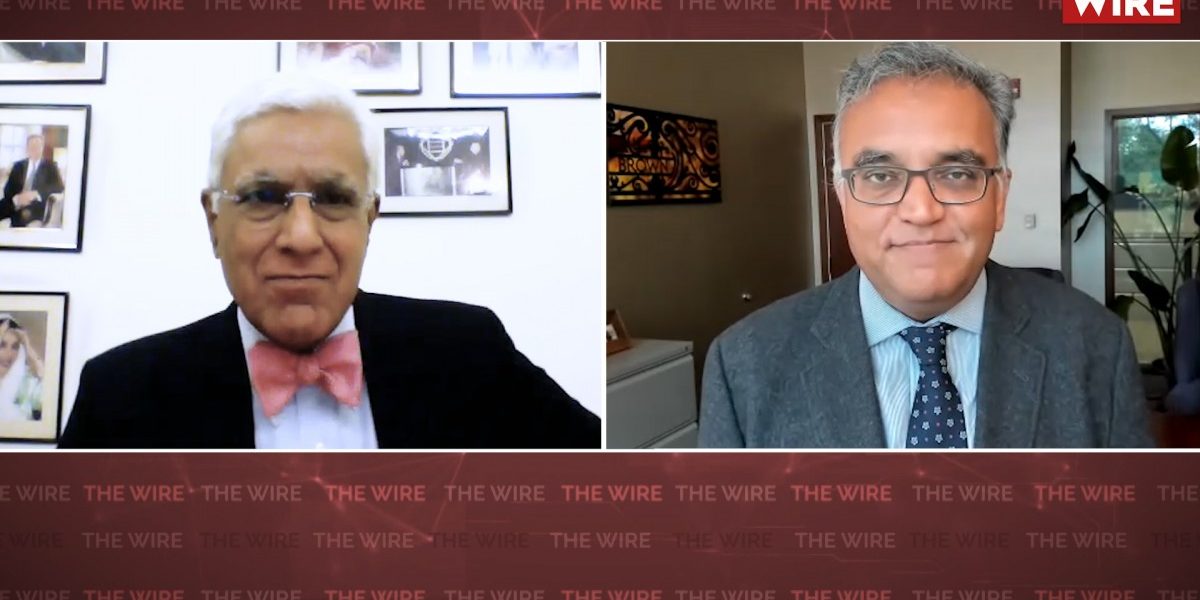 In a comprehensive interview, one of the world’s most highly regarded public health experts has said that although COVID-19 is officially growing in India at about 75,000-77,000 cases per day, the total tally, including unreported cases, is likely to be five lakh a day. Professor Ashish Jha of the Harvard Global Health Institute said this is based on the highly regarded Gu model.

This also means that as many as 85% of infections are being missed, which is clear proof that nowhere near enough testing is being done. At present the positivity rate hovers between 8% and 9%. It needs to be brought down to 2% or 3% levels. Presently the positivity rate in places where the disease has stabilised, like South Korea and New York state, is 1%.

Jha said while the official total of COVID-19 cases in India is nearly 3.5 million, if you include the unreported cases the total will be somewhere between 35 million and 70 million. These figures are arrived at on the principle accepted by the Centre for Disease Control in the US, that for every recorded infection there are probably 10 more that are not recorded. In countries with a large population and greater population density, this could be 20 unreported for every one reported case. Jha said the serological surveys done in cities like Delhi, Pune, Amritsar and parts of Bombay, which show that 30%-40%, and in places 50%, of the population has been exposed to the virus, suggest the total number of cases could be closer to 70 million.

Jha was asked what he expected the situation to be in 2.5 month’s time, when India celebrates Diwali on November 14. He began by saying making forecasts is becoming harder, and to forecast 2.5 months down the road is difficult because of the uncertainty built in to such forecasts. The uncertainty is a result of the fact that immunity levels are higher, so the growth or spread of the disease is slower. Second, the RT number is now around 1.0 which will also limit growth. However, Jha did not shy away from making a forecast. He said he did not believe the official daily rate of increase would reach 2-3 lakh levels, but he did say it’s likely to reach one lakh per day. He also said it was possible that by Diwali India could have a total of 200 million cases, both officially reported and unreported.

Speaking about the fact cases in India are now increasing at a faster rate than both the United States and Brazil, Jha said “to some extent this is expected” but added “the fact India is generating more cases than any other country is a real problem”.

Jha told The Wire he was particularly concerned about what would happen as the disease spreads from metropolises like Delhi and Bombay to 2 tier and 3 tier towns and, beyond that, into rural India. He said the case growth in UP and Bihar would be slower than urban India because the density of population was less. However, the health system is very weak and that is the real problem. He said doctors are more likely to be quacks. They have little or no training. The testing facilities are absent or minimal. Most hospitals lack basic services.

Asked whether he stood by his earlier interview to The Wire of June 20, when he said India would not peak till around November or even a little later, Jha said there are some models that now suggest peaking could happen sooner but, given that we don’t know for sure, it could also be delayed till November. More importantly, Jha said even if the peak happens at the end of September, India will still generate a lot of cases for a long time. The number of cases each day will not fall dramatically after the peak. Instead they are likely to plateau for several weeks.

Speaking to The Wire about serological surveys done in cities like Delhi, Pune, Amritsar and the slums of Bombay, which show levels of infection variously between 29% and 65%, Jha said this was good news for two reasons. First, immunity has developed and so the spread of the virus would slow down. Second, this high positive percentage suggests the proportion of people dying is lower than we think.

Jha said epidemiologists are divided over the percentage of infection at which herd immunity is likely to kick-in. He believes its likely to happen at 40-50% levels. He said 20-25% is too low.

Questioned by The Wire about the low mortality rates of countries like India and our neighbours, including those further afield like the Philippines, Indonesia and Thailand or sub-Saharan Africa, compared to the hugely greater mortality rates of Europe and the US, Jha had several explanations for the difference. First, he said this shows that the vast majority of the population of these countries has still not been infected. For instance, even if the total number of infected in India is 70 million it’s still a very small percentage of India’s 1.38 billion population.

Second, Jha said the age profile of the population of these countries is another explanatory factor. Young people withstand the disease much better. However, Jha is not convinced these populations have better innate immunity. He said we just don’t know for sure but he doubted if innate immunity is a major factor in explaining the difference in mortality rates between these countries and Europe and America.

Third, Jha said another explanation for the lower mortality rates is the undercounting of COVID-19 deaths. He said these countries do not have a robust mechanism of registering and, more importantly, certifying by a doctor each death.

Finally, Jha was questioned by The Wire about how long the immunity from an infection will last and what implications this has for any vaccine that is being developed. He said he was not all surprised when on August 24, Hong Kong University confirmed the first “human re-infection”. His only surprise is that it’s taken so long to confirm a case of re-infection.

However, Jha thinks this is good news and not distressing or disturbing. First, the person re-infected is asymptomatic on the second occasion. He is not ill or sick. Second, re-infection is common to many other viruses. It is, therefore, not surprising that its happened in the case of COVID-19.

Speaking about what implications this has for any vaccine being developed, Jha said it’s “highly highly unlikely” it will be a 100% or even 95% effective. At best we should assume a vaccine will be 70% effective. Second, we will probably need two doses of the vaccine.

Jha told The Wire this means a vaccine will slow down the virus, perhaps even dramatically, but the virus will not go away. A further consequence is that the discovery of a virus doesn’t mean life will get back to what it was before COVID-19. We will still need to continue wearing masks for a long period and avoid large indoor gatherings.