TRIPS Waiver: How India Abandoned its Own WTO Proposal

India, which had proposed to waive TRIPS obligations to address shortages of products required for the prevention, control and treatment of COVID-19, has now meekly surrendered to the EU's demand. 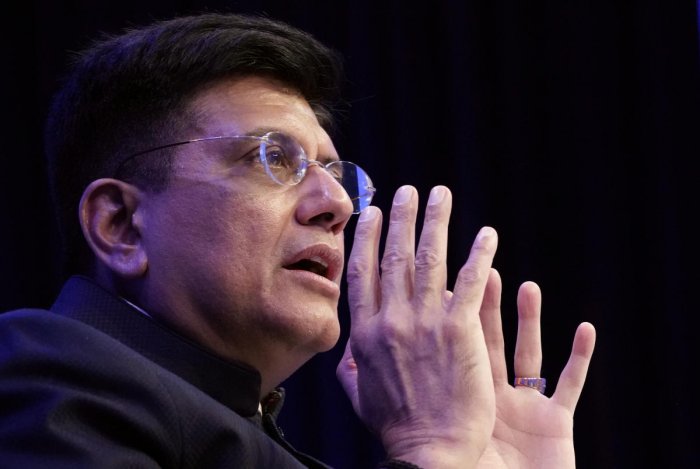 The world is anxiously waiting for the outcome of the 12th Ministerial Conference (MC12) of the WTO on the crucial TRIPS waiver proposal. Unfortunately, the waiver text sent to the ministerial conference is very different from the original proposal made by India and South Africa back in October 2020.

It now waives only one provision of the TRIPS Agreement to allow only the export of vaccines under a compulsory licence. Generally, a compulsory licence is granted to allow a third party to produce patent-protected products including medicines. This waiver text offers far less than what India and South Africa have sought.

On Friday, 18 months of negotiations resulted in some consensus ― the text would be taken to the ministerial conference to resolve five pending issues. However, its adoption won’t make affordable vaccines affordable through diversification.

The pandemic generated unprecedented demand for health products, including new products. Intellectual property protection emerged as major barriers to innovation and diversification of production for the COVID-19 response.

Obligations under TRIPS limited the freedom of WTO members to take swift action against them. Though the TRIPS Agreement allows countries to limit the exclusive rights of the owner to protect the public interest in certain circumstances, the procedural requirements and the volume of IP involved in the context of COVID-19 minimised its effectiveness. Besides, many developing countries including India were pressured by countries like the US over the use of compulsory licensing for affordability, even before the COVID-19 outbreak.

On October 2, 2020, India and South Africa proposed to waive TRIPS obligations, relying on Article IX of the WTO Agreement, to address shortages of products required for the prevention, control and treatment of COVID-19. Political and religious leaders like Pope Francis, trade unions, scientists including Nobel Laureates and civil society organisations supported them. Nearly 108 WTO members supported the proposal and 63 co-sponsored it.

Also read: TRIPS Waiver: A BIT of a Challenge for India

To everyone’s surprise, on May 5, 2021, the US extended limited support to waiving IP-related provisions to vaccines, pushing Australia, Canada, Norway, etc. to support the waiver. India, South Africa and the co-sponsors submitted a revised waiver proposal based on the deliberations in May 2021.

The EU, UK and Switzerland blocked the text-based negotiations. By November 2021, it became clear that a decision was necessary for the successful conclusion of the 12th Ministerial Conference. WTO Director-General Ngozi Okonjo-Iweala and Deputy Director-General Anabel Gonzalez took the initiative to reach a compromise among the EU, US, India and South Africa, known as the QUAD process.

The QUAD discussion resulted in a draft decision text (Director-General’s text), which was tabled by the DG on May 3, 2022 for text-based negotiations. Leaked on March 16, it waived only one of the conditions for the issuance of compulsory licence. The original waiver proposal provided full freedom for WTO members to remove IP barriers on all COVID-19 response tools, not just vaccines. The DG’s text further places several conditions that are beyond the TRIPS Agreement to avail of the benefits under the waiver text.

Global outrage followed. Joseph Stiglitz and former UN Secretary-General Ban Ki-moon appealed to Prime Minister Narendra Modi and South African President Cyril Ramaphosa to reject the DG’s text. Both went silent but refused to endorse the text. However, during negotiations, which started on May 17, India took the strange position that it would not propose amendments but only express its opinion about suggestions of other countries. By default, it accepted the DG’s text and killed its own proposal.

On India’s position, he also said:

“They were both intense and difficult discussions. However, both South Africa and India continued with a spirit of constructive engagement with our two friends the United States and European Union…All of us gave a maximalist compromise position to attempt a draft which would be somewhat acceptable to the general membership. For us the text from these discussions does not reflect what we, as a co-sponsor of the waiver proposal, had envisaged. The commencement of techspace negotiations allowed the larger membership to engage in discussions on the text. I was very hopeful that the remaining concerns with the states would have been resolved and reconciled. For India, a consensus based outcome is of paramount importance.”

Also read: Have India and South Africa, Lead Sponsors of the TRIPS Waiver Proposal, Reconciled to a Weak Text?

The negotiating text currently before the Ministerial Conference is unusable by many countries. Its scope is limited to vaccines and excludes therapeutics and diagnostics. India has a strong technological capacity in therapeutics, which is critical. Instead of seeking a waiver on therapeutics, India has exposed its pharma companies to the world of voluntary licences with inequitable provisions, which often prevents export to developing countries.

Further, the DG’s text waives only Article 31(f) of the TRIPS Agreement, under which the bulk of production should not be exported. This provision limits the supply of vaccines under  compulsory licence to countries which can’t produce them.

Conditions to use the waiver go beyond current TRIPS obligations. Countries must show that compulsory licensing is necessary for their COVID-19 response, and developing countries often fail the test. The very requirement creates a chilling effect, and burdensome notifications before shipping are required, too. An unresolved issue is the UK’s demand to ban the export of vaccines produced under compulsory licensing after the expiry of the waiver of Article 31 (f) ― there is no agreement on the period. This would be the “last nail in the coffin”, disabling the decision.

This shows that India has abandoned its own proposal and meekly surrendered to the EU’s demand. It may be recalled that the then commerce secretary had written to 85 countries seeking support for the waiver proposal, but suddenly went silent at the crucial stages of negotiations. The Commerce Ministry changed its stand around July after B.V.R. Subrahmanyam, an advocate of trade liberalisation and IP protection, took charge as commerce secretary. This change of stance now not only affects the waiver decision but also India’s perceived trustworthiness as a coalition partner. To minimise the damage, India must reject the current decision text.