To Be a Functional Democracy, India Needs to Reclaim Its Primary Healthcare

How do we reclaim health care that is for the people, by the people and of the people? 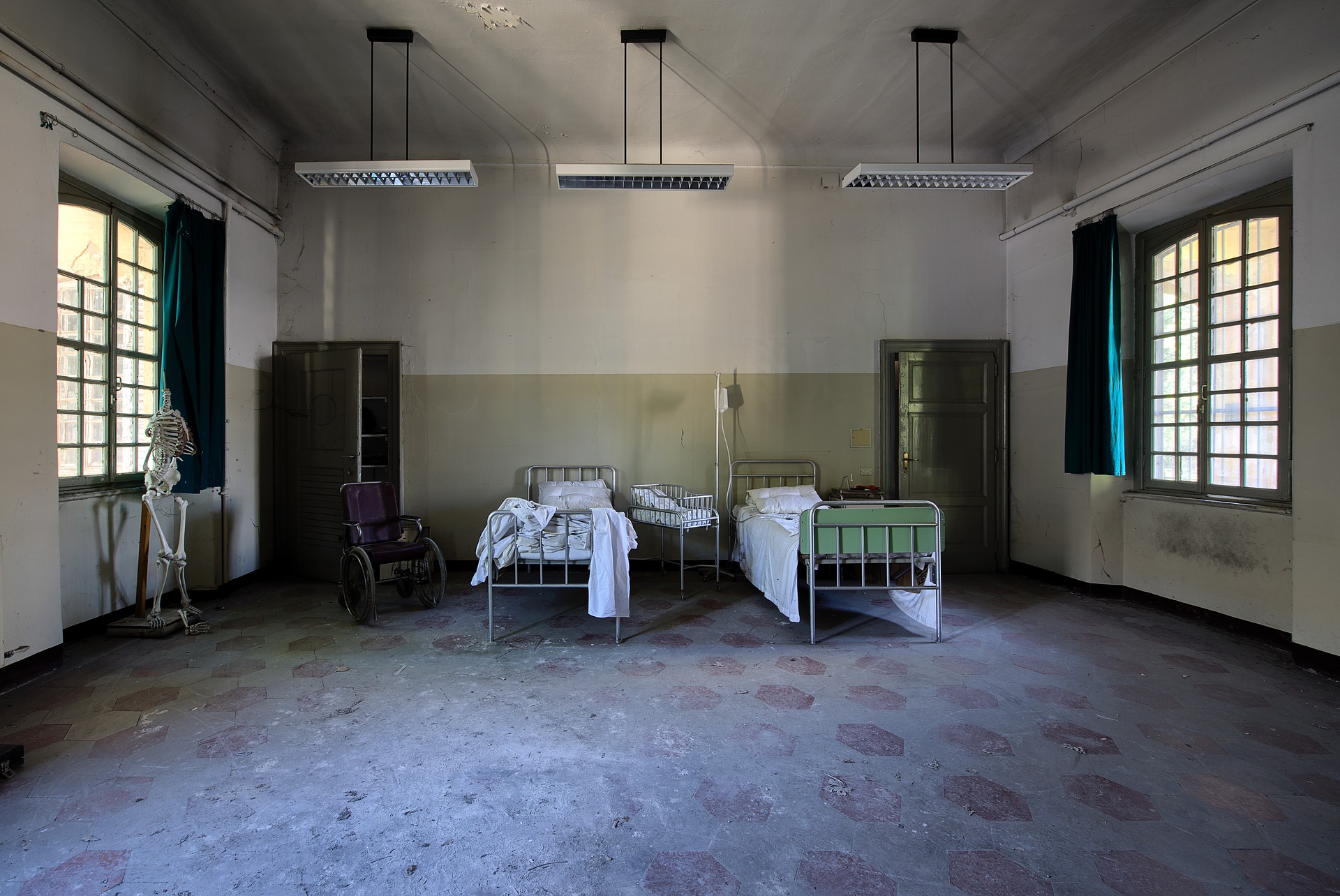 In a democracy, the government acts in the best interests of the people because if it doesn’t, it will be voted out. Amartya Sen and Jean Drèze have argued that this is one of the reasons why India has not faced a famine since independence: in times of shortage, the government and ensures food is available to prevent any large-scale problems. While this mechanism works in extreme situations that are more visible, it does not work when the problem is more chronic and more invisible.

Consider access to primary healthcare in India and the health status of the poor populations. India as a nation does figure at the very bottom of the ranking of health systems. We have the unenviable status of having the highest number of patients of tuberculosis and leprosy in the world, the most women deaths during pregnancy and childbirth and the most children dying within the first year of life. Is this karma? Can people so diseased and always faced with the risk of death in family or neighbourhood participate actively in a functional democracy?

Juxtapose this with the figures of public expenditure on healthcare: only 1% of GDP and it has remained static for almost 10 years. When people are diseased and at high risk of dying, this is an act of grave omission by a democratic government, which is supposed to be for the people. Also consider, as an example, private funds invested in Apollo, the largest private hospital chain in the country: it is as much as 20% of the total allocation for health in the union health budget for the entire country for the year 2017.

Low priority and low budgets allocated to healthcare means that poor people have no health facilities to go to when they fall ill. If there is one, it does not have a doctor, the drugs or the tests. So they either do not seek care or seek care from poor quality but inexpensive sources, and fall into debt for meeting the resultant expenses. I once met an impoverished tribal family in a village; the parents had mortgaged the half acre of land they owned to pay for a complicated childbirth in a hospital. However, they lost their child upon reaching the hospital. Three years after the event, they were yet to get the land back and mother was frail and anaemic.

If the democracy was functional even at the grassroots level, there would have been a safe, well-equipped place for her to deliver, close to the village, and where she would have been treated with dignity.

However, a family mortgaging its land for healthcare is outrageous. If people continue to die or become indebted because of healthcare, governments should act to return healthcare to the people, understand their needs, invest all resources they have to prevent such events and make the people partners in implementing these solutions.

How do we reclaim health care that is for the people, by the people and of the people?

Healthcare designed for the people means facilities located within the communities they serve, and closer to where the more marginalised people live. These facilities should be equipped to deal with the needs of the community, and provide preventive, promotive and curative care. They should be staffed by a skilled team of providers that is empathetic to the people and their culture, and treats them with dignity.

It is clear that such systems are built on the principles of primary healthcare. A handful of countries in South America with limited resources have managed to design and scale up such people friendly health systems to cover large populations.

Family clinics in Brazil and polyclinics and offices in Cuba are examples of systems with nationwide coverage. Cuba has one of the most effective primary healthcare systems in the world, whose centrepiece is the community-based polyclinic, each of which serves a catchment area hosting between 30,000 and 60,000 people. The neighbourhood-based family doctor-and-nurse offices further extend care closer to the communities, one such office for 1,000-2,000 people. Prevention is the cornerstone of these services, complemented by community analysis and treatment.

Also read: How Women of Lalganj Mobilised the Community to Bring Doctors to Their Doorsteps

We have designed and managed community-based primary healthcare services for marginalised communities remote areas of rural South Rajasthan. They are managed by community nurses and supported by a family physician. Increasingly, community members are engaged to participate in management of these clinics.

An important requirement of primary healthcare is the active participation of those whom the care serves – akin to citizen participation in democracy. Such systems are likely to be more responsive to public needs. Indeed, there is reasonable empirical evidence that such decentralised systems also lead to improved health outcomes. In a cross-country analysis of governance systems and health outcomes, countries with higher fiscal decentralisation were found to have consistently lower infant mortality rates that those with more centralised forms. The impact was more pronounced in less developed countries.

In West Bengal and Kerala in India – states in which primary healthcare is co-managed by panchayats – health outcomes are better than in most other states at similar levels of economic development.

Funding healthcare for the people

An analysis by the Centre for Economic and International Studies examined the relative efficiency of public and private healthcare spending in 163 countries and reported that the former consistently leads to lower infant mortality rates and the latter, to higher.

India has a large network of primary health centres (PHCs), each supposed to serve a population of 25,000. In many poor states, such as Madhya Pradesh, Bihar and Jharkhand, however, a PHC covers as many as 45,000, 49,000 and 76,000 people. In Rajasthan, the population is often so dispersed (especially in hilly areas in the south and in the desert in the west) that a family may need to travel 10-20 km to reach the nearest PHC. And poor rural transport means that when a person is sick, they may have to wait for many hours or days to reach a facility.

Even after one reaches the PHC, many of them are without a doctor. There is a shortfall of about 9,000 doctors in about 25,000 PHCs in the country, and about 2,000 of which don’t have even a single doctor. In many others, a single doctor is posted for care round the clock, 365 days a year. Most vacancies are in tribal and other similarly underserved areas. Since the management of the PHCs as well as curative care is dependent on physicians, the absence of doctors effectively means that many PHCs are ill-managed and ill-equipped to provide any quality care.

Even when doctors are available, many are likely to be absent from their place of duty. Neither their medical education nor the health care system prepares them adequately to meet the needs of the communities and to fulfil their role as primary care-providers and/or as managers.

While nurses and auxiliary nurses are generally more available in PHCs, they are expected to perform a supportive role, not the primary curative and/or management ones. However, since they’re more likely than doctors to come from the communities they serve, nurses are likelier to be more understanding and responsive to the needs of these communities. But their potential remains untapped because of professional discrimination and hierarchical and legal restrictions imposed on them.

Also read: A Day in the Life of a 23-Year-Old Delhi Nurse

Under-investment in primary healthcare also means that PHCs continue to remain under-equipped and lacking supplies and drugs to provide comprehensive primary care. For example, of the 709 PHCs surveyed in 2009 by the International Institute for Population Sciences, Mumbai, about 24% did not have an electricity connection and 63% did not have piped water supply. At the same time, PHCs are expected to deliver centrally designed, targeted vertical programs, alienating them further from communities. As a result, even those families that can access PHCs continue to look elsewhere for their critical healthcare needs.

Such a situation can of course be reversed if there is adequate investment in healthcare, especially in primary healthcare. However, as discussed, the government spends only around 1% of GDP on healthcare, among the lowest by any country in the world and much lower than many non-democratic and poorer countries as well. Such low spending leads to a perverted pattern: families end up contributing to 70% of all healthcare expenditure while central and state governments contribute only the remainder.

In sum, large fractions of the population lack access to a PHC; even when they are accessible, they are understaffed, under-equipped and simply insufficient. Poor families have no choice but to not seek care, seek it from informal providers or wait till the illness is advanced and then sell assets to seek care.

At the level of policy, the government has to finance and has to ensure the provision of primary healthcare, and not abdicate these responsibilities by privatising healthcare or relying on health insurance, such as with Ayushman Bharat. It has to urgently increase budgetary allocations to healthcare to at least 3-4% of GDP so that public expenditure on healthcare is at least 70% of total health expenditure. Such an increase will significantly improve availability of and access to high quality primary healthcare services for the most vulnerable communities.

Health systems also need to allow greater participation from non-physicians to address the shortage of physicians as well as to make services more responsive to the needs of the people. The government also has to delegate the responsibility of managing these health facilities to communities and local self-government institutions. It will require reorienting medical and nursing education towards the principles and practices of primary healthcare, including community participation. Last, the government has to invest in transforming the work culture of primary health systems so that the working staff feels valued. Systems built on trust and democratic values will also promote trust and democratic values in the communities they serve.

Finally, civil society and the media must raise their voices against the denial of health services to the people, as also to empower citizens on claiming their own rights to access quality healthcare and to take care of their own health. Such voices will be critical in reclaiming primary healthcare in India, and to reclaim democracy.