There's No Romance in this Story of Fudged Clinical Trials

How systemic problems at a drug testing lab, GVK Bio, morphed into the story of an illicit affair. 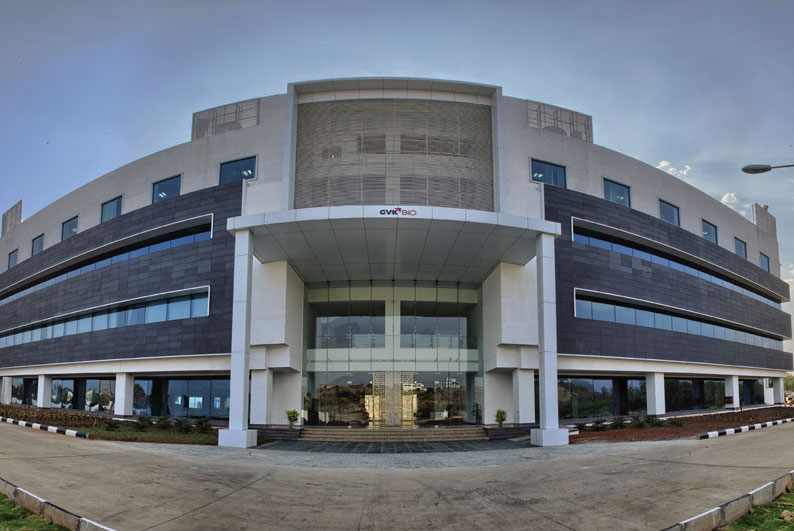 In October this year, a national newspaper in India ran a front page news item with the headline “A love story that cost GVK its international reputation”.

The story spoke of a former GVK Biosciences employee turned whistle-blower, and of a chain of unintended consequences that resulted in the European Medical Agency (EMA) cancelling the marketing authorisation of 700 drugs previously approved for sale in the EU on the basis of data generated at GVK Bio. This in turn caused India to cancel scheduled talks on the Indo-EU Free Trade Agreement (FTA).

I saw stark similarities with the Ranbaxy case of 2004, where I was the whistle-blower. I had informed the US FDA about how Ranbaxy falsified data to seek approval of their drugs. My effort to hold Ranbaxy accountable had a positive outcome; however in the GVK Bio case, the reported facts didn’t seem to add up.

The story suggested that the Europeans had cancelled the drug approvals based on a complaint by a former employee who had cheated on his wife with a younger woman – in other words, the story fixes the problem on a disgruntled employee and an illicit affair gone wrong.

Given the international interest in the disproportionate reaction of the Indian government, my acquaintances and others in foreign media outlets attempted to establish the veracity of the claims made in the report of the newspaper, The Hindu.  They however failed to get a response from the whistle-blower, who had sent 12 extensive emails to regulators and others in Europe and the US between September 5, 2014 and July 31, 2015 and then gone silent.

I was one of the recipients, and I have based my own limited investigation on the information in those messages, and on the inspection reports I procured from the French regulator. I now am in a position to establish that parts of The Hindu story, and comments by industry spokespersons, the Drug Controller General of India (DCGI) and the concerned minister in the Indian government accusing the French Regulator ANSM of bias are unfair and in some cases, blatantly false.

I have turned over the results of my investigations to three national media outlets in India, none of whom wished to pursue this story for reasons best known to them.

It is necessary, first, to understand that GVK Bio does not manufacture medicines sold in Europe. It is a clinical research organisation (CRO), which conducts bioequivalence studies – tests on patients intended to establish that generic drugs work as well as their branded counterparts. The results of such studies, carried out by GVK Bio in its clinic, are used by manufacturers to secure marketing approvals in Europe, the US and presumably even in India.

The whistle-blower, a former employee at GVK Bio, sent an anonymous email on May 6, 2012 to international regulators at USFDA, ANSM (France), MHRA (UK), WHO, Inspectie voor de Gezondheidszorg (Holland), and Saglik (Turkey) alleging large scale violation of good clinical practices (GCP) at GVK Bio during its conduct of bioequivalence studies.

The email contained specific allegations of data manipulation and fabrication by GVK Bio to ensure the successful outcome of a bioequivalence study, and detailed how such fabrication was carried out. For instance, the message pointed out how concentration profiles of 14 patients had been replaced with other patients in a trial sponsored by a major Indian company seeking approval for a generic version of Felodipine, a drug used to treat hypertension.

A concentration profile is the rate at which a drug dissolves in the bloodstream – one of the key measures to prove bio-equivalence. According to the whistle-blower, the concentration profiles of these 14 patients, as recorded, would mean that the bioequivalence trial for the sponsoring Indian company would fail, and the failure would in turn delay its entry for this product into the American market.

On May 16, 2012, ten days after the original email, the whistle-blower sent a copy of the same mail to GVK Bio’s management.

The original email triggered a joint inspection of GVK Bio, and set in motion events that led to the cancellation of 700 drug approvals in Europe.

Inaccuracies in the ‘love affair’ story

Contrary to what The Hindu reported, the whistle-blower’s identity and his emails were not discovered by the Hyderabad police when they seized his computer during an investigation based on a complaint by the parents of the girl with whom he had allegedly eloped.

I applied for and received copies of the inspection reports by French regulator ANSM, which along with other regulators conducted an inspection of GVK Bio’s facilities. ANSM’s preliminary report, dated April 30, 2013, details how the identity of the whistleblower was established.

GVK Bio representatives told ANSM that when they received the anonymous email from the whistle-blower, they found his name in the ‘properties’ of a PDF file that was attached to the mail as attachment. GVK Bio then filed police complaints against the whistle-blower,  and traced the cyber-café from which the email was sent.

GVK Bio then traced the IP address of the anonymous email account through Google. The company managed to triangulate the position of the whistle-blower’s mobile phone to the general location of the cyber-café. As an aside, it is disturbing that a private entity could access such sensitive personal information, and it is worth investigating how GVK Bio actually accessed these details.

The second inconsistency in The Hindu story is the whistle-blower’s reported motive. The story suggests that the whistle-blower was dismissed by GVK Bio after his affair with a colleague was discovered. GVK Bio however has denied this claim in a subsequent clarification to The Hindu. The whistle-blower had attached a copy of his resignation letter,  along with a letter from GVK Bio accepting his resignation, in one of the emails in the series. Further, the ANSM preliminary inspection report states that GVK Bio informed them, during the inspection on June 25, 2012, that the whistle-blower had left on cordial terms, after which he allegedly eloped with the former employee.

There are many versions for why the whistle-blower approached the regulators. The Hindu gives one version, the ANSM preliminary inspection report gives a different version and GVK Bio’s police complaint gives yet another reason. All relevant documents are being made available here for anyone to examine and draw their own conclusions.

The third problem with The Hindu report is that it fails to expressly mention that the French regulator ANSM, in its final inspection report dated July 11, 2013, found the allegations regarding falsification of data in the Felodipine trial to be highly credible.

Additionally, ANSM discovered other serious compliance failures at GVK Bio, some of them based on leads provided by the whistle-blower. The bioequivalence study for Felodopine was for the US market, not for Europe. Therefore, there was little that ANSM could do, despite validating the whistle-blower’s allegations.

The final inspection report by ANSM ends with a recommendation to all regulators to “systematically check” data from GVK Bio with “the utmost vigilance for possible suspicious trends, patterns or similarities”.

The missing link and doubtful sources

The EMA action happened three years later, in 2015. The suspension came about because ANSM, in a second inspection of GVK Bio, discovered more instances of data falsifications and violations of GCPs.

This second ANSM inspection was conducted on May 19, 2014 at GVK Bio’s facilities, and found systematic fabrication of ECGs in 9 clinical trials. This second inspection report is the most vital link in the story on GVK Bio, since it establishes that the extreme action taken by the European Union was based on not one, but two inspections of this contract research organisation (CRO) where they detected similar compliance violations.

Also, clearly, the two inspection reports document that GVK Bio’s international reputation was not hurt because of an illicit love affair, as The Hindu story suggests, but because of documented evidence of systematic falsification of data and other irregularities.

Speaking from personal experience as one who routinely audits compliance at pharmaceutical companies, when the integrity of clinical data, which is sacrosanct to establish the safety and clinical efficacy of drugs, is compromised on two successive occasions, it calls into question all the data that the CRO has supplied for marketing approval.

The intent here is not to question the integrity of the reporter who worked on The Hindu story. However, as I have established above, all the facts of the case could have been determined by securing inspection reports from relevant regulators – as I did.

This leads to the conclusion that the report was based on selective leaks by interested parties – leaks that appear to have led the Indian media astray.

These selective leaks have led to a false impression: that there was nothing behind the EMA’s ‘harsh’ action other than the anonymous emails of a disgruntled employee. From that basis flows the perception that Commerce Minister Nirmala Sitharaman’s decision to suspend the Indo-EU Free Trade Agreement (FTA) was valid.

Interestingly, Sitharaman has recently reversed the decision to suspend the FTA, and has said talks with the EU will resume shortly.

The reason I felt the need to tell this story is because it shows how little has changed in India after more than a decade since that first WHO inspection at Vimta Labs, which was the starting point of the Ranbaxy scandal.

Regulatory oversight over CROs has not been strengthened in the interim; the country still lacks a robust whistleblower protection law for uncovering fraud in the pharmaceutical industry. The Whistleblowers Protection Act, 2014 is meant primarily for exposing corruption in the government. The whistle-blower scheme announced by the DCGI several years ago inspires little faith, as the institutional response of the Indian establishment has been to deny any allegations against the pharmaceutical industry.

“In a worrying trend,” reads a newspaper report dated February 11, 2013, “there has been an increase in cases of fake drugs in last three years, and efforts by authorities to encourage whistleblowers to report such illegal activity too have failed to elicit the desired response.” This report appeared, incidentally, in The Hindu.

Postscript: In a follow-up piece, I will explain how the Indian Pharmaceutical Alliance, the DCGI and the Commerce Ministry unfairly questioned the competence, integrity and motives of the French inspector and, in the process, compromised public health in India and among those patients who consume India-sourced medicines abroad.

The author is the Executive Chairman of Medassure Global Compliance Corporation