The Government's Previous Health Insurance Schemes Failed. Why Should the New One Work?

Ayushman Bharat Health Insurance is old wine in a new bottle as over half the target beneficiaries proposed to be covered already stand covered under existing schemes. 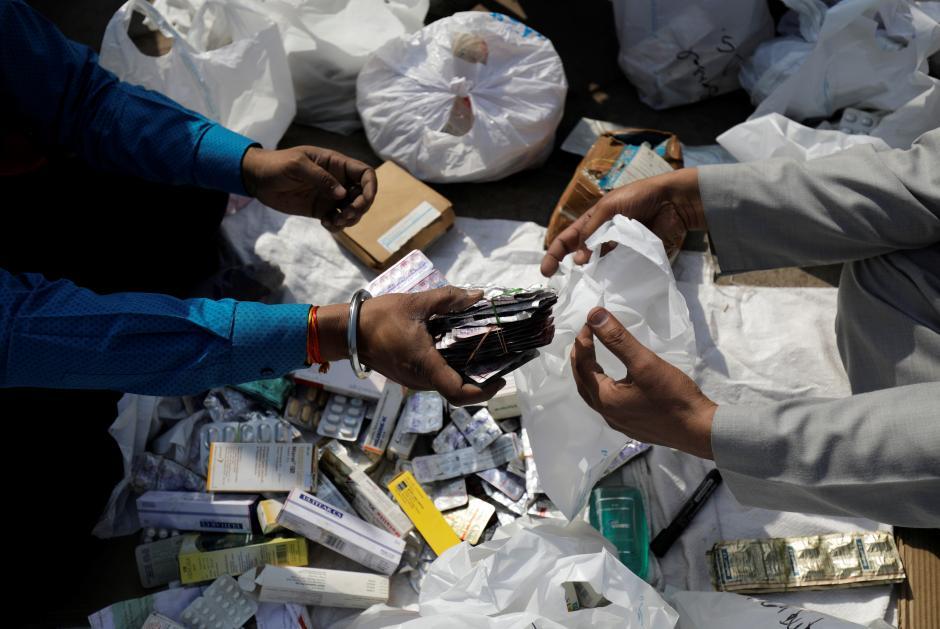 The key objective of any health insurance programme is to protect individuals from income shocks that entail an unexpected event like an illness requiring lumpy expenditures to be incurred without prior notice. Credit: Reuters/Saumya Khandelwal

Never before has health been so central to breaking news, beating even the news related to taxes, that always dominate post-budget discussions. The unexpectedness of the announcement of ‘50 crore people being covered with a sum assured of Rs 5 lakh made one gasp, as it did seem so irresistibly impressive. It clearly had a ‘shock and awe’ effect.

With time, the de-layering of the implications has begun with different news reports giving different estimations of the budgetary implications of the policy for the government. And as the analysis begins, euphoria seems to give way to doubts and misgivings.

The key objective of any health insurance programme is to protect individuals from income shocks that entail an unexpected event like an illness requiring lumpy expenditures to be incurred without prior notice. Since such medical expenditures in India are known to push an estimated 60 million people below poverty line every year and get an equal number indebted, state intervention to insulate and protect people from such catastrophes is of critical significance. Due to the abysmal public spending of about 1.15% of GDP on health, it is individual households that bear the brunt of the expenditures accounting for almost 67% of the total health spend.

Countries provide such health security based on values and their own development context. Canada, the UK, Japan, Thailand, Sri Lanka, for example, provide health services through own hospitals or fully pay for services availed from private facilities, in the belief that it is the state’s obligation to its citizens to ensure that no one should suffer for want of ability to pay for medical treatment. The US makes individual citizens responsible for falling sick. Citizens in the US have to, therefore, buy insurance in the market as well as pay 30% of the cost of treatment upfront, as a co-pay. The US, however, subsidises the poor and the elderly. European countries follow the social insurance model under which the government, employers and individuals share the cost. Such arrangements are, however, possible when over 90% of the people are in formal, organised employment enabling making health insurance a mandatory requirement.

Given that 93% of our workers are in the non-formal sector with no certainty or reliability of income flows, the government has been taking the responsibility of paying the premium on behalf of the poor and vulnerable. While in 20 states, such financial arrangements are made through the intermediation of commercial insurance companies, about three states have established government-owned trusts and five have a combination of both. In 2008, the Rashtriya Swasthya Bima Yojana (RSBY) was launched providing annual insurance cover for Rs 30,000 for a BPL family.

While there is no firm estimate of the total value of the insurance premia provided by the government and the total number of people covered, some studies suggest that government (Centre and states) spends over Rs 20,000 crore a year on insurance for government employees (Central Government Health Scheme (CGHS)); workers in the formal sector (Employment State Insurance Scheme (ESIS)) and people below poverty line under government-sponsored health insurance programmes. About 30% or 40.8 crore people, that includes those having private commercial insurance and other small community based insurance, are thus covered with health insurance. The premia paid under all these different schemes by governments and individuals during 2013-14 was estimated to be Rs 32,308 crore, up from Rs 3,661 crore in 2004 and accounting for 7.6% of the total health expenditures incurred during the year.

Given this background, what is the significance of the new Ayushman Bharat Scheme announced in the budget? 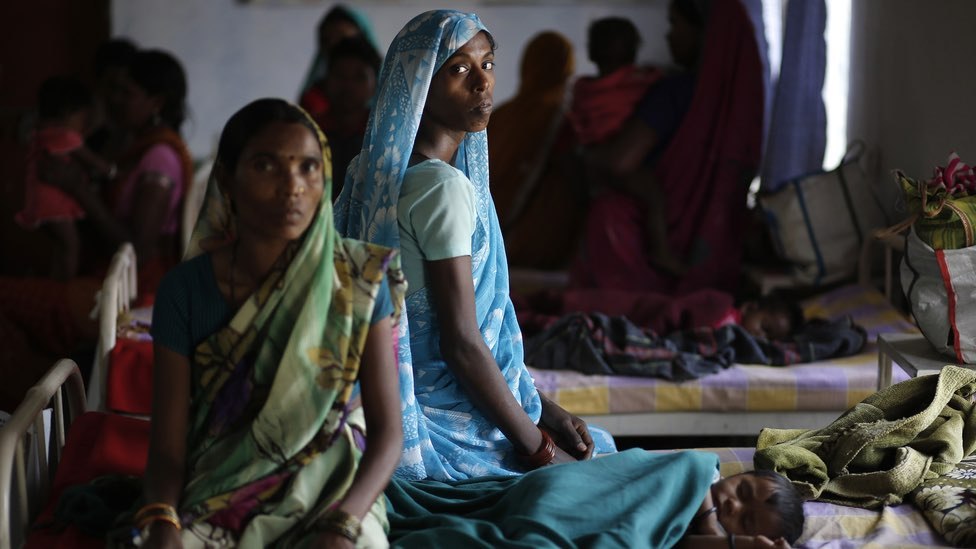 Bihar, for example, has accredited 1,001 private hospitals (of the 4,926 for the country) indicative more of the virtual collapse of the public system. Credit: Reuters

The ABHI scheme is no different to the existing health insurance schemes, except for the generous amount of the sum assured. The scheme is for BPL and vulnerable populations and only for in-patient secondary and tertiary treatment. It will be implemented on a 60:40 sharing basis with the states. In other words, it is a scaled up version of the RSBY.

Looking at it in isolation, the scheme sounds impressive. But when viewed within the context of the existing realities of the health system in the country, worries emerge. Evaluation studies of RSBY show that despite the lapse of a decade, only 3.6 out of the 5.9 crore families have so far been covered. Implemented through commercial insurance companies and a network of 8,697 hospitals, there is no uniform premia that varies from district to district. With the average claim ratio at about 33%, the scheme is reported to not have had any impact on reducing out-of-pocket expenses. The reason for such poor outcomes is access to good quality care.

Bihar, for example, has accredited 1,001 private hospitals (of the 4,926 for the country) indicative more of the virtual collapse of the public system. Three quarters of these private hospitals, particularly in districts like Araria and Purab Champaran, are sub-standard and liable to be delisted if even a basic norm of reasonable quality is exercised. Widespread illiteracy and lack of information were the other reasons for the poor offtake. Also, the absence of regulatory oversight for standards resulted in the private sector hospitals gaming the system by upping the prices of services. So, while people got low-quality services despite government spending the money, the net gainers were insurance companies and private hospitals.

Also read: What the US Health Insurance Programme Can Teach India

In light of the above, it is critical that before launching any major scheme, the necessary correctives identified in 2016 are attended to. Institutional reform by way of establishing the National Assurance Authority is necessary to carry out the various functions required to implement this schemes, such as standard setting, monitoring for quality, minimising unnecessary hospitalisation and so on. In the absence of these correctives, the northern states, where three quarters of the poor reside and where the health delivery system is all but dysfunctional, the scheme will not get scaled up. The shortage of doctors and other personnel, the non-availability of public or private hospitals that can provide the wide array of services included in secondary and tertiary care will be barriers. The assumption of policy makers, that the creation of demand is sufficient to have investments flow is misplaced. And worse, if they feel that this scheme could substitute government investment. In the 200-odd backward districts, the government has no option but to establish hospitals or incentivise the ‘not for profit’ private sector to do so. In other words, the expansion of the supply side will need to keep pace with the escalation of demand to ensure equitable access to the scheme.

The southern states are a different story. All five have vibrant and mature insurance schemes with Andhra Pradesh, Telangana, Tamil Nadu and Karnataka virtually racing towards universal health coverage. The scheme may enable them to avail of financial assistance from the central government and use the resultant savings for other health needs in the primary healthcare segment to avert disease and keep costs low. In piggy-backing on the existing programmes, the central government will also be able to show better achievement to the targets set.

Overall, it is to be noted that in-patient care accounts only for a third of the out-of-pocket expenses. As seen in the existing RSBY, 25% of the patients seeking this cover slipped into spending over 40% of their incomes on buying drugs and diagnostics leading up to the in-patient treatment. Therefore, due to this limited nature of the scheme, the Ayushman Bharat Scheme will have only a marginal impact on achieving the stated objective of reducing out-of-pocket expenses and catastrophic expenditures

Why is it not a game changer

The new scheme falls short in just being more of the same, or old wine in a new bottle. Over half the target beneficiaries proposed to be covered under the ABHI already stand covered today. Further expansion has not been only due to lack of funds for the premium. What would indeed have broken the glass ceiling is if it had covered out-patient treatment as well. The poor dislike hospitalisation due to the indirect income losses they face. Therefore, effective primary care and insurance against out-patient care would be more valuable for them as seen in the substantial response by way of increased visits to government hospitals when free drugs, diagnostics and treatment are provided. This behavioural aspect and field-level evidence is being overlooked by the powers that be in Delhi in their keenness to promote insurance schemes that deepen privatisation.

Implementation up to ministries

Notwithstanding all the above, the announcement of the ABHI scheme is a positive step forward. It is now up to the ministries involved to come up with a good design and reconfigure its budget allocations to ensure effective synchronisation of all the policy strands. Implementation challenges will be daunting but can be overcome if more attention is paid to evidence than to individual perceptions of officers in power. Karnataka, Kerala and Tamil Nadu as opposed to Telangana and AP have rich experience in how to balance the health system and nudge it towards being more fair, sustainable and cost effective. Even these states, particularly Kerala and Tamil Nadu, show interesting insights in the rapid increase in premium amounts that depend on both utilisation levels and increased consumption of tertiary care. With ageing populations, both these states face a huge demand that needs to be sustained and effectively contained with strong regulations on price, quality and gate keeping, if they are not to be overwhelmed with a fiscal crisis. Their experience that mirrors India’s future must be seriously studied. Building and following processes are vital and more important than the final destination that can and will be reached only after 2025.

K. Sujatha Rao is a former Union secretary of the Ministry of Health and Family Welfare, government of India, and the author of Do We Care: India’s Health System.