Pregnant women and new mothers who feel powerless are taking their own lives in increasing numbers. A study of 202 pregnant women found that 91% of them experienced some kind of physical, emotional or sexual abuse. 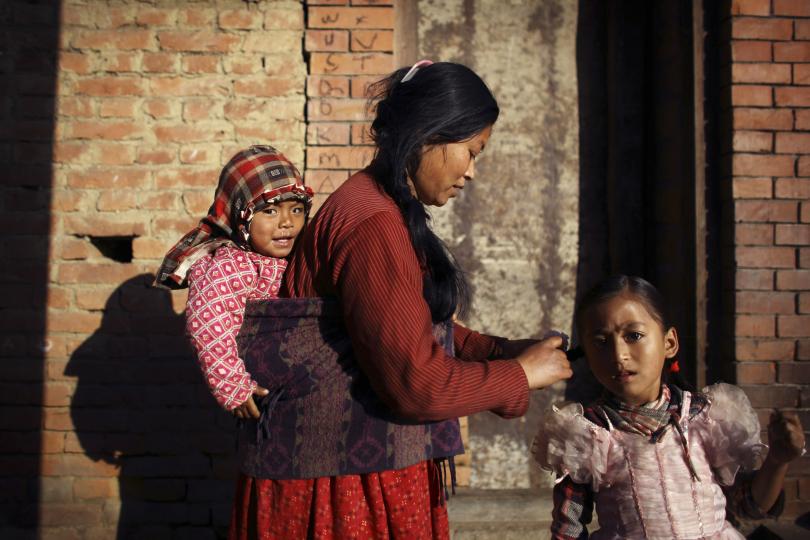 Huge numbers of pregnant women and new mothers are taking their own lives in Nepal as they deal with extreme poverty, natural disasters, domestic violence and oppression. Research shows suicide represents 16% of all deaths in women of reproductive age. The rate is higher than previously recorded and there has been a considerable increase over the past few years. But a new project which trained midwives about mental health issues might hold the key to turning this around.

Suicide is primarily associated with unwanted pregnancy or the feeling of being trapped in poverty or situations of sexual and physical abuse. A study of 202 pregnant women (carried out between September and December 2014) found that 91% of them experienced some kind of physical, emotional or sexual abuse – mostly at the hands of their husbands and/or mother-in-laws.

The sad fact is that almost 40% of suicides in the world occur in South-East Asia. And one in three pregnant woman and new mothers are taking their own lives in low-income countries. In Nepal, 21% of the suicides among women aged 15-49 were in girls under 18 due to violence and being powerless in their families and communities.

In Nepal, making decisions about seeking maternity care is not in the hands of the pregnant woman but usually lies with her mother-in-law or husband. When young women marry they move in with their husbands’ family and their lives are ruled by their in-laws. These women often have little say in seeking health care during pregnancy, childbirth and the postnatal period.

In many poor families, husbands migrate for work leaving their young wives with family. Nepal has a real migrant workers economy with close to 50% of Nepalis relying on financial help from relatives abroad. Mental health problems can worsen for women who have been taken away from their own families. In other cases, young women face domestic violence due to their husbands’ drinking leading to mental health issues and suicide.

There is also a lack of understanding of pregnancy and childbirth-related mental health issues and husbands and mothers-in-law often fail to support these vulnerable young women. They in turn are reluctant to seek help due to the stigma associated with mental illness.

Cultural practices and social norms, like gender inequalities and early marriage, hinder women who have a lack of choice when it comes to their role as mothers. There is also a preference for sons rather than daughters, who are seen as an “economic burden” in many families. If a woman is expecting a daughter, especially for the second or third time, this can also trigger mental health issues.

Depression and anxiety are common and affect ten to 15 out of every 100 pregnant women in the country. Postnatal depression is often reported, but less attention is given to more common and less obvious mental health issues. 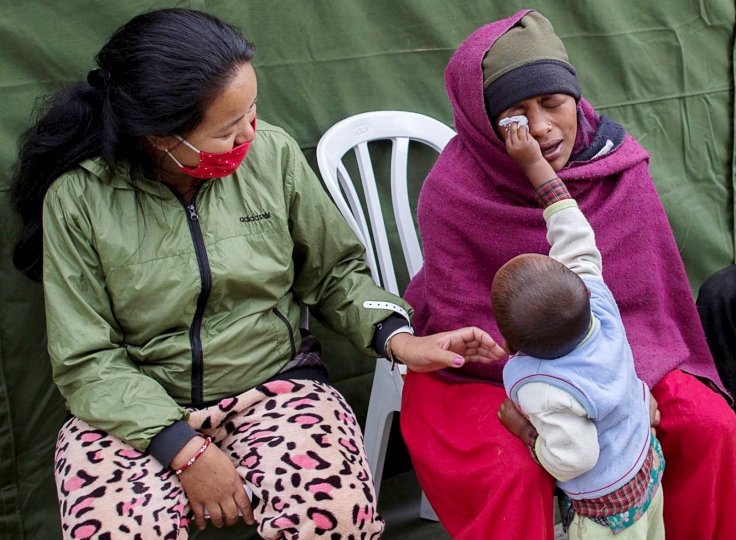 Jamna Pariar, 22, is comforted by her son after she learnt about the death of her nine-day-old daughter at the Israel Defence Forces field hospital, following Saturday’s earthquake in Kathmandu, Nepal. Credit: Reuters/Danish Siddiqui

Recurrent earthquakes and floods exacerbate issues of depression and helplessness as women are forced to live in temporary shelters and have the burden of increased poverty.

For many rural Nepali women, the most qualified birth attendant they can expect to look after them is the Nepali Auxiliary Nurse Midwives (ANMs). But a study found that they received little or no formal training on perinatal mental health issues. Although there have been gradual improvements in health care for women during pregnancy, mental health support is leaving many women feeling that suicide is their only option.

As part of a Tropical Health and Education Trust project, funded by DFID, around 80 ANMs were trained on perinatal mental health issues. The project used UK-based volunteers in Nepal over two years.

The training helped raise awareness of mental health well-being and improved access to mental health care for pregnant women and new mothers. This is a vital first step towards improving community-based services for pregnant women in rural Nepal. But to offer hope to more young women there needs to be a significant increase in this type of training and awareness raising.