State's Tuberculosis Rampage Exemplifies the Failure of the 'Gujarat Model'

Gujarat has so utterly failed in controlling TB that it is the only state, apart from Uttar Pradesh, where the incidence of TB has actually increased over the last decade. 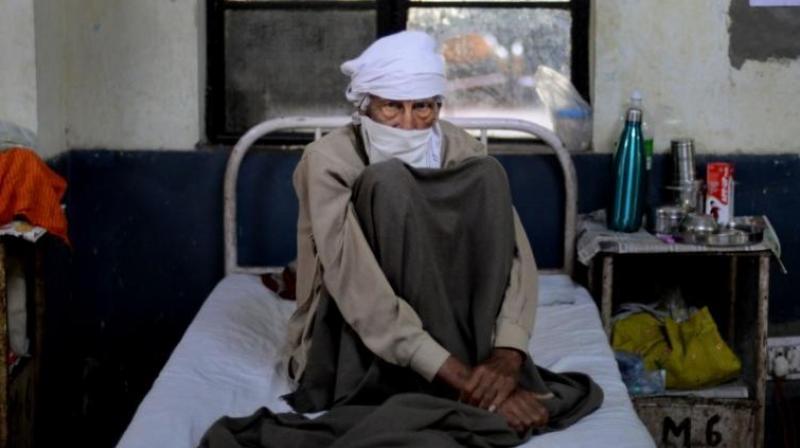 For years now, intellectuals and activists have been telling us that the so-called Gujarat model, that vaunted example of sophisticated governance and economic development, is just a marketing gimmick. As economist Maitreesh Ghatak describes it, Gujarat is a “classic case of a corporate-led development model which involves increasing prosperity for the rich, but very little benefit… to the wider population”. A month before India elected Narendra Modi as Prime Minister, Jean Dreze said what very few wanted to hear in those heady days: “Anyone who travels around Gujarat is bound to notice the good roads, mushrooming factories, and regular power supply. But what about people’s living conditions?”

If recent tuberculosis (TB) statistics of the Government of India itself are any indication, the living conditions for common Gujaratis have always been far from ‘model’ and have in many ways worsened over the past decade.

Why is TB so important? Among diseases, TB is perhaps the most accurate proxy indicator of a region’s overall socio-economic progress, being reflective of both healthcare systems and political systems. The disease is in fact so intertwined with social and political (as against only individual) factors that successful control of TB can be safely assumed to be a favourable measure of a region’s overall progress. Conversely, a high level of TB would be an evidence of weak public health systems and negligent governance. (For more on how strongly TB is associated with human development, refer to this commentary from the same author and to this scholarly article on the ‘social determinants’ of TB.) Long story short, if you want a quick assessment of how ‘developed’ and stable a nation or a state is, look at their TB numbers.

A couple of weeks back, Venkaiah Naidu, the vice-president of India, released a report titled ‘India State-level Disease Burden’. This comprehensive report is the culmination of a joint initiative between the Indian Council of Medical Research (ICMR), the Public Health Foundation of India (PHFI) and US-based Institute for Health Metrics and Evaluation (IHME), in collaboration with India’s Ministry of Health and Family Welfare. The statistics are “based on analysis of all identifiable epidemiological data from India over quarter of a century”. With respect to the health of Indians, the numbers here are – with all the general caveats that come with quantification exercises – as real as it gets.

In this comprehensive report card, Gujarat, the model state on the strength of whose so called development millions of Indians elected Modi to office, paints a sorry and embarrassing picture of underdevelopment and ill health. Gujarat is number one in India, for example, in terms of people developing TB per year (a.k.a. incidence). In 2016, 356 out of every 100,000 Gujaratis developed TB. A total of almost 240,000 citizens developed TB last year alone in the state. In other words, 25 Gujaratis develop TB every hour. Comparisons with Kerala and West Bengal, two states that the BJP has viciously accused of being lawless and underdeveloped, are telling. The incidence of TB for 2016 was 139 in Bengal and 59 in Kerala (against Gujarat’s 356). 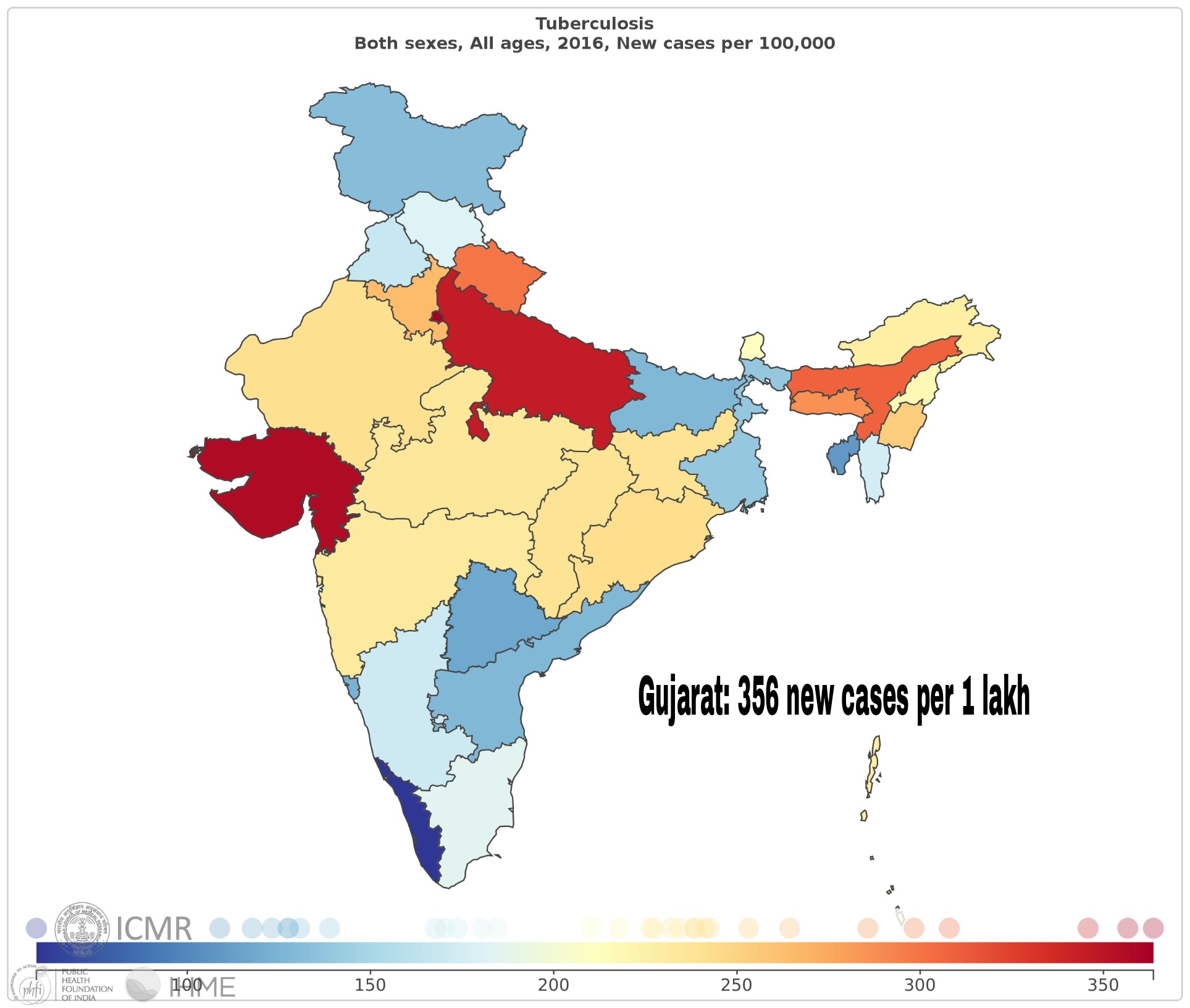 Gujarat is a close no. 3 (along with Assam) in the ratio of TB deaths per 1 lakh population. While 42 out of every 100,000 Gujaratis died of TB in 2016, the corresponding numbers for Bengal and Kerala were 19 and 8. As for the total ‘disease burden’, expressed as disability-adjusted life years (or DALYs: years of healthy life lost to premature death and suffering), Gujarat is again ranked 3. The number for Gujarat was 1,453 DALYs per 100,000 people; the ones for Bengal and Kerala were 669 and 228 respectively. In other words, adjusted for population differences, ‘model’ Gujarat has a six-times bigger TB problem than does ‘lawless’ Kerala. 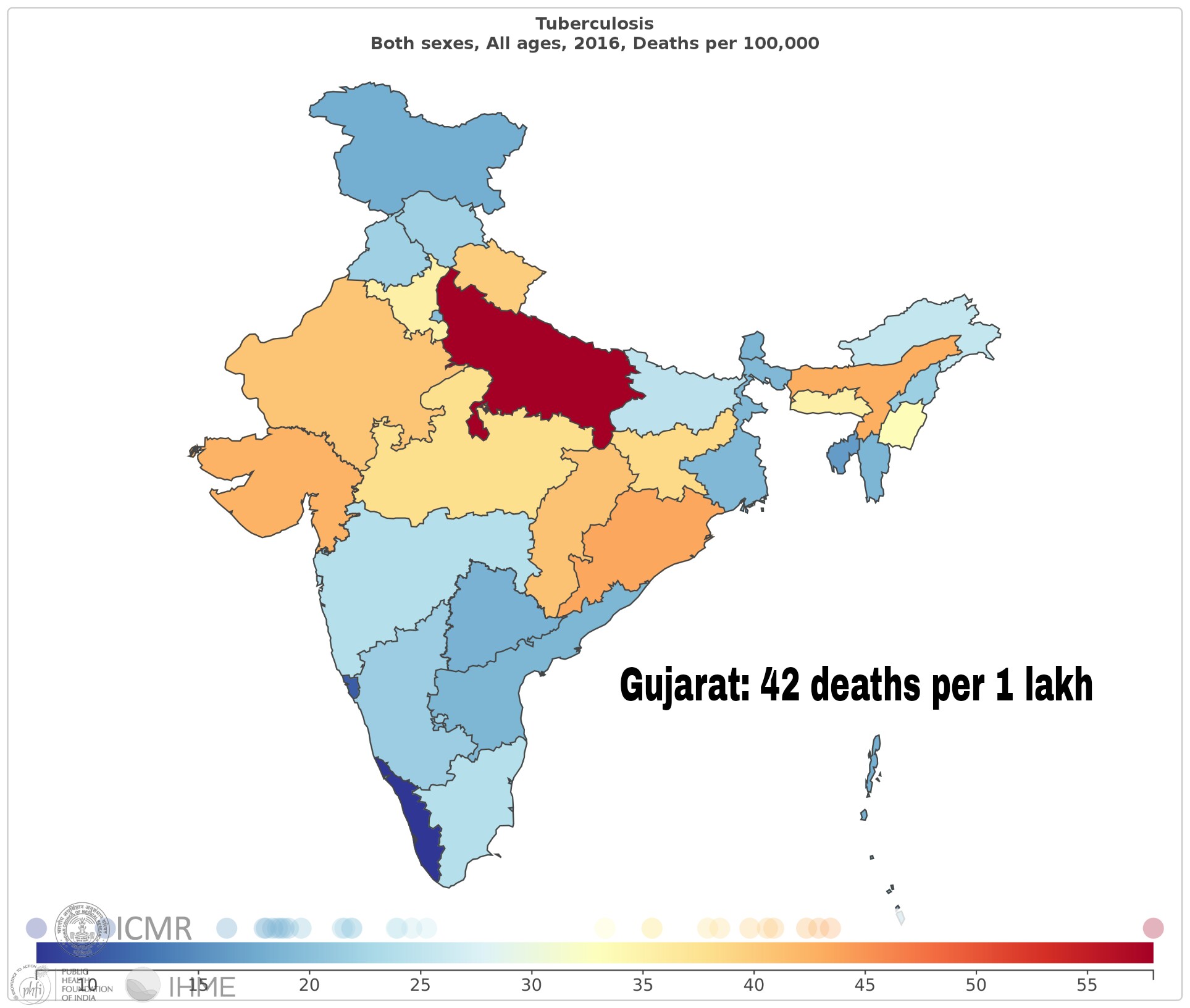 Interestingly, the difference between Gujarat and other comparable large states, like Maharashtra and Tamil Nadu, was not that stark a decade back. In 1990, for example, the number of TB deaths per 100,000 people was between 80 and 90 for all three states. In 2002, a year after Modi became the chief minister, it was 62 for Gujarat and 51 and 43 for Maharashtra and Tamil Nadu respectively. The latest numbers show that while both Tamil Nadu and Maharashtra reduced TB deaths by around 50%, the vaunted Gujarat model was able to make only a 32% dent over the course of Modi’s tenure (the statistics being 24, 24, and 42 respectively).

In fact Gujarat has so utterly failed in controlling TB that it is the only state, apart from Uttar Pradesh, where the incidence of TB has actually increased over the last decade; every other state has effected a reduction of the ratio.

To be sure, Gujarat is not a ‘backward’ state. What matters, however, is that in no way is it a model state either. In the run-up to the 2014 elections, hundreds of millions of Indians were fleeced by a well-funded campaign that projected the Gujarat model as a saviour for a ‘decadent’ India, and we now have perhaps the strongest proof for it. With state assembly elections coming up in Gujarat, the so-called Gujarat model is hardly invoked by the Bharatiya Janata Party party. If it did, it would have a hard time explaining why it neglected the state’s TB crisis.