The Mental Healthcare Act, 2017 was quoted by three of the judges in the Section 377 verdict. Also, the colonial-era penal code was questioned against the newer definitions of functioning, illness and finally, rights. 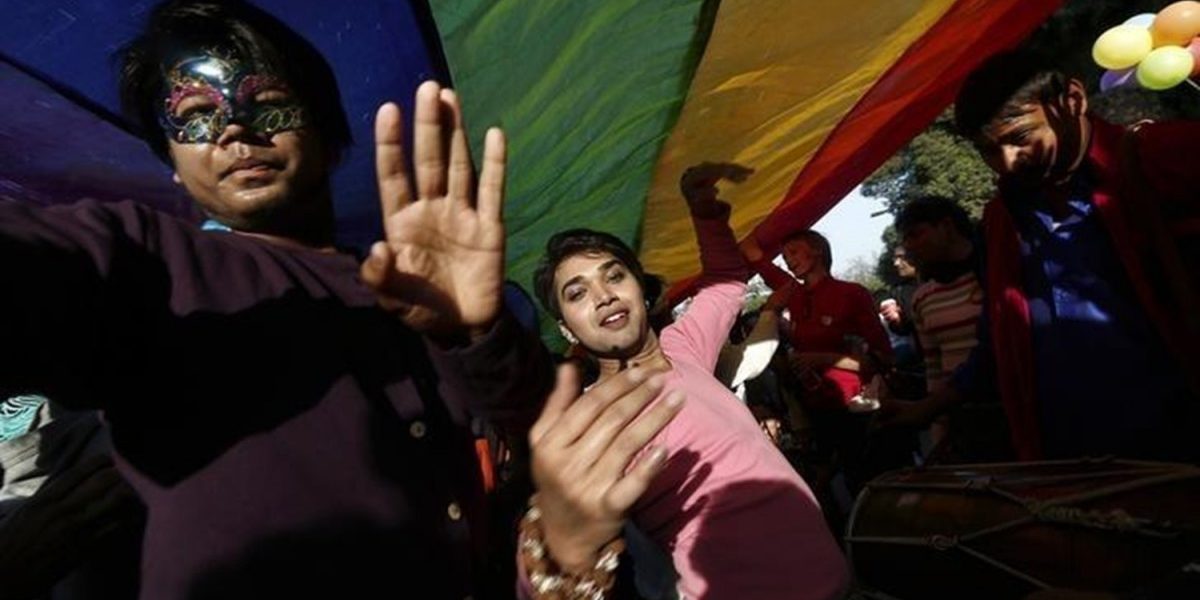 It is befitting that mental health was a key focus and an essential aspect of the inalienable rights accorded to the LGBTQIA+ community on September 6, 2018. The Mental Healthcare Act, 2017 was quoted by three of the judges in the Section 377 verdict. The colonial-era penal code was questioned against the newer definitions of functioning, illness and finally, rights.

The country’s mental health professionals and premier mental health institutes have often obfuscated and erased their own history of deeply problematic practices and thoughts that have left thousands with irreparable damage. In mere hours after the judgment, stories had started pouring in about the unquestioned malpractice the community had often been subjected to. There were transgender individuals who were given electroconvulsive therapy, gay men who were treated for ‘invisible disorders in their brain’ and structured programmes which were created to annihilate and repress any aspect of a person that was non-conforming. The phrase ‘conversion therapy’ doesn’t begin to capture the horror that the marginalised have been subjected to.

Most transgender persons are familiar with humiliating psychometric tests used to assess gender dysphoria before they could assert their own right of choice and self-determination. The assessment would often be reflective of the psychiatrist’s agreement with the choice, rather than an objective report. Psychiatrists and psychologists would attempt to ‘counsel’ them against it, or treat it as a strong case of denial. Even today, there is no model of sensitisation or caution in this assessment process and there is often a reported sense of violation and harassment. In 2018, the World Health Organisation finally questioned the inclusion of gender dysphoria as a mental disorder and shifted it to the sexual health chapter instead, removing the idea of treatment being associated with gender non-conformity.

The mental health profession has often been critiqued for its comfort with diagnostic labels and its understanding of non-normative as solely a disorder. These understandings have been more rapidly changing and questioned due to the work of activism as well as more queer therapists coming to the forefront. However, given the silos that therapists often work in, percolation of alternative understandings takes time and is inhibited by the nature of power structures within the medical profession. The external frameworks used by the mental health profession have had the capacity to oppress the marginalised, just as much as they have provided safe spaces.

Given this history, it was perhaps essential then that the beginning of revamping the structure of mental health had to begin with creating a rights-based framework for the country. The Mental Healthcare Act articulated the basic rights for any individual seeking mental health services.

It stated that neither can mental illness be determined on the basis of membership to a particular social or cultural group nor can it be determined by “non-conformity with moral, social, cultural, work or political values or religious beliefs prevailing in a person’s community.” In its declaration of equality and non-discrimination, the Act also includes all sexual orientations.

The Act also emphasises the need to have the right to choose treatment and be protected from cruel and degrading practices.

The Section 377 verdict paves the path for persons to seek reparations if they are not provided these basic standards. The first review boards as well as State and Central Mental Health Authority boards will soon be set up which, amongst its other rights and responsibilities, can provide redressal to those whom mental health rights and services were not provided.

Justice Indu Malhotra cited this, while pointing out the fallacy of being governed by two laws simultaneously inhibiting and providing access to healthcare.

The September judgment emphasised the need for all laws to be aligned as guarantors of these rights and disavowed any past understandings of homosexuality by citing the Act as well as the international standards for mental illness. This component becomes an essential piece in the judgment to explain the role of the State as well as question any notions of criminality.

Chief Justice Dipak Misra cited contemporary research to explain the scientific consensus on same-sex relationships and to prove that it is not a matter of choice. He also stated the parliamentary recognition of this plight in the MHCA to demarcate between societal and constitutional morality. However, the apex court also cautioned the profession.

In the verdict, Justice D.Y. Chandrachud strongly emphasised the expectations one should have from the mental health profession and provided directions for critical growth, asking counsellors to help the individual “become comfortable with who they are” and asking them to “share the responsibility” to understand and sensitise the public. The court asked the profession to re-examine its own views and reflect a progressive stance that is aligned with the current understanding.

Mental healthcare has often been an oppressor, but it now needs to participate in affirming the population that it has implicitly and explicitly distressed. Those bestowed with the ability to facilitate healing and repair can also cause the deepest ruptures of faith in a system. The profession has to recognise its own misuse of power when it responds to calls in distress. The apex court did not merely recognise the distress caused, but asked mental health professionals for a re-examination of their own views. This reflection can only occur if we acknowledge the wrongs of the past, and treat this as a call to arms for growth.

The judgment should be treated as a marker of evolution of mental health rights and understanding within our country. However, the service providers also need to standardise their code of ethics, and be aware of the possible penal consequences of violating the legal rights of any person they may be treating.

This requires a greater understanding of practices in therapy rooted in equity and sensitive to the marginalised as well as a mandatory knowledge of the laws they now operate under.

Chaitali Sinha works as a psychologist with the Centre for Mental Health Law and Policy right now. She trained in Clinical Psychology at the Tata Institute of Social Sciences, Mumbai.