In UP, Poor Implementation of Institutional Delivery Scheme Is Causing Delay in Funds

These delays are doing are driving a wedge in the relationship between community members and ASHA workers. 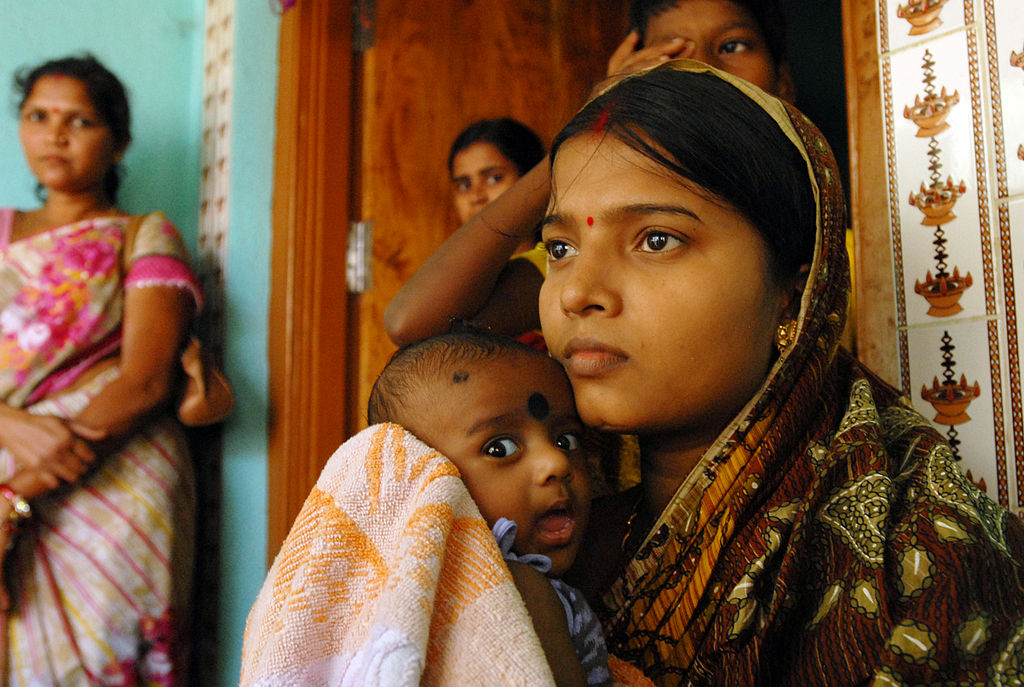 “My wife’s delivery date was June 9, 2018. Since then, I’ve visited the Naraini department six times and the bank six times, but the money still hasn’t come,” said Santram who had travelled from his village, Masauni to the Naraini Community Health Centre to follow-up on the financial assistance his wife should have received under the Janani Suraksha Yojana (JSY).

The JSY is a centrally sponsored intervention scheme launched by the government in 2005 to reduce maternal and infant mortality among poor pregnant women across the country, with a focus on low performing states such as Uttar Pradesh. Under this scheme, beneficiaries are entitled to the immediate financial assistance of Rs 1,400 when they have institutional deliveries to compensate for out-of-pocket travel expenses and to ensure that these new mothers can buy nutritional food for post-natal care.

“Either the officials don’t pay any attention to my request or they keep asking me to come back,” said Santram, adding, “I’ve wasted so much money just to come here what feels like every alternate day.” He spends Rs 40 each way every time he travels to the centre.

Another new father, Santosh from Gunda Kala in Banda, has made the trip multiple times for the same reason. “My wife’s delivery date was June 10, 2018. Six months have passed but we’ve gotten no money,” he said. “Since the delivery date, they have been promising us that soon the money would be credited to our bank accounts, but nothing has happened.”

Accredited ASHA workers are essential to the implementation of the scheme, as they are the link between healthcare centres and the rural population. In turn, they are meant to receive Rs 600 as an incentive for every institutional delivery under their supervision. “Approximately 15-16 deliveries have happened under my supervision in 2018,” said Sunita, an ASHA worker from Manpur Sarsada. “I haven’t gotten paid for at least six deliveries.”

Between August 2018 and January 2019, a total of 2,723 deliveries have been recorded in this community health centre – only 1,800 of these mothers have received the money. This problem is not limited to Naraini. According to NFH4, only 55.4% of all mothers in rural UP received financial assistance under the JSY for babies delivered in an institution. In contrast, on average, rural women spend Rs 1,879 out of pocket for delivery in a public health facility.

Rekha, who has been registered under the JSY and given birth twice at this CHC in Naraini, has never received any funds. “I asked my ASHA worker, but she said nobody has been receiving the money, so what can I do?” she said, exasperated, “I can’t force the money out of the government.”

Santosh shared the most common explanation given for this delay: “The officials usually say that they haven’t gotten the money from the government yet so they can’t pay us.” Sunita wasn’t even given an explanation, just a placation: “They keep saying that the money will be paid soon, but we haven’t gotten it yet.”

Dr V. S. Rajput, the medical head of the CHC, is quick to deny the magnitude of the problem. “Here, 90% of the cases would have been paid immediately,” he said with ease, before shifting the responsibility to the beneficiaries themselves. “The only people who have not been paid are the ones who have not linked their Aadhaar cards or given wrong bank details or given details of accounts that have not been linked with their Aadhaar numbers.”

He then added, “It is also very important to keep the passbook updated. What happens often is when we call the bank we find out that the passbook has not actually been updated.” He had no problem blaming the banks instead of addressing inter-departmental problems: “Delays in our department could only be if the bank services are not working correctly, so really, it is a delay on their part. There may also be some problems because of the time it takes to do online transactions.”

Dr Rajput then shifted responsibility for delays onto the ASHA workers themselves, saying it was due to lack of training about proper documentation and registration. His department is addressing the problem. “To make sure the ASHAs have all the necessary information, they are being trained right now. The training they are getting now is emphasising to each ASHA worker that as soon as they find out that a woman is pregnant, they must bring her to the hospital for the first of four visits, and that they should submit important documents like Aadhaar and passbook then itself,” he said.

When asked what the rules were, he had no option but to acknowledge that the guidelines insist on the beneficiaries receiving the financial assistance before the mother’s discharge – but that didn’t mean it was his department’s problem. “The rules say that the money should be transferred the very day of the delivery,” he said, “But the setbacks of document collection and submissions add to delays.”

When asked about what he was doing to address the backlog, Dr Rajput said, “On our part, we are searching for cases with misinformation and informing the case’s ASHA worker so that she can ask the relevant people to correct the information.”

Dr Rajput’s explanation is not necessarily accurate. It is true that to avail any government scheme, beneficiaries have to link their Aadhaar accounts. But the registration with a medical facility and four visits that he mentioned – for ante-natal care – are not mandatory to receive the cash assistance, which is only linked to institutional delivery under this scheme.

Furthermore, the only paperwork necessary for a medical officer to release the cash assistance at a PHC or CHC is the JSY card. In fact, any payments made before or after seven days of delivery is actually termed illegitimate and subject to audit objection.

It is not just a question of Rs 1400 – it fails the very purpose with which JSY was initiated. UP contributes to more than 30% of all maternal deaths in India. In 2014-2016, UP’s maternal mortality rate (MMR) was 201 against the national average of 130. Similarly, the state performs badly when it comes to infant mortality, neonatal mortality and perinatal mortality rates.

However, research has clearly shown that institutional deliveries and proper nutrition are essential for minimising these losses. And while the number of institutional deliveries and the general awareness about JSY have increased over the years, the failure to follow through on these payments would take us two steps back in the progress the state and the country has made.

According to Santosh, this was a matter of this particular CHC’s negligence: “I’ve reported the matter to the hospital authority and filed official complaints multiple times. Nobody picks up the phone on the number I was given and the person in authority is never on the hospital premises. The other attendants don’t have any information on the matter.”

But whether negligence or not, what these delays are doing are driving a wedge in the relationship between ASHA workers and community members. “The mothers keep fighting with us and accusing us of taking their money,” said Amina Khatun, and ASHA from Ranjitpur, “But how can we take the money when their names are on the passbook?” This is particularly dangerous because ASHA workers form the fundamental link between rural healthcare provisions and the people that need them – and undermining this relationship will not bode well for rural maternal healthcare.

Khabar Lahariya is a rural, video-first digital news organisation with an all-women network of reporters in eight districts of Uttar Pradesh