Without Access to Vaccines or Medicines, COVID Adds to Rohingya Refugees' Woes 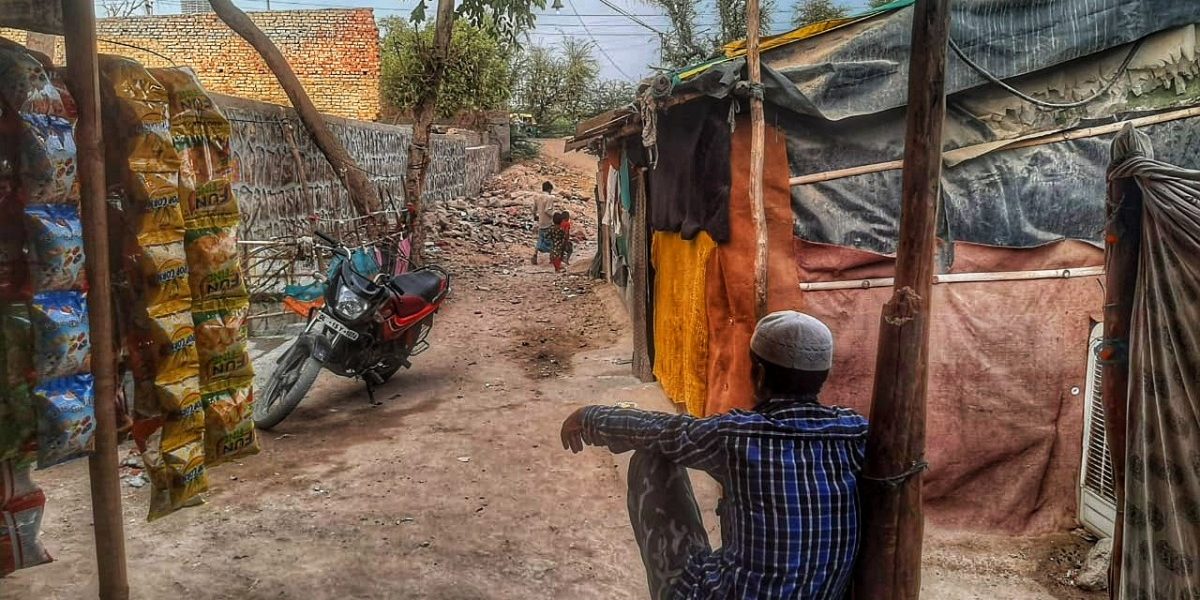 New Delhi: Two children fling fistfuls of sand on each other at the Madanpur Khadar camp for Rohingya refugees, oblivious to the brutal pandemic that has claimed more than 2,70,000 lives across the country. As the cracks in their heels hold the sand, they dust themselves off to go inside their tenement houses made of shreds of tarpaulin, without a floor.

The COVID-19 pandemic’s second wave is said to have infected more than 37 lakh people across the country, according to the Union health ministry data. Amidst a scarcity of medical resources, fissures in the healthcare infrastructure, shortage of vaccines to inoculate a population of 130 crore and perceived apathy from the Central Government, communities like these Rohingya refugees are being left to fend for themselves.

Salimullah, who came to India in 2012, has been trying to keep his family and others at the camp calm. For people in the camp that houses 270 Rohingya refugees, who are largely dependent on informal employment, the pandemic has meant they are diving into their little savings. “At least five people here are showing COVID-19 symptoms, but they don’t have money to get tested or even reach the testing centres,” explains Salimullah. “They have fever as well as a cold and cough, but there is not enough space to practice self-isolation. Buying medicines for them is a task in itself.”

A majority of the refugees at the camp are now unemployed, depending on the bare minimum that they have managed to receive from private individuals who donate when they can. Naeema* wears a tattered mask as she leaves her tenement to borrow Rs 50 rupees from Amina, to buy a sachet of ORS. Her husband is experiencing diarrhoea, she explains. With a runny nose and dismayed eyes, she clenches the Rs 50 note, hoping it will treat her husband’s COVID-19 symptoms. Many families in the camp are surviving only by borrowing from small amounts from neighbours, one day at a time. While they have been receiving poor-quality ration from United Nations High Commission for Refugees facilities, there has been no effort to treat those who may be ill.

A refugee at a Rohingya camp in Faridabad, Ismail runs a small shack selling groceries. He has been drinking warm water to avoid the infection, he says. In a camp of 80 refugees, he says four have been showing symptoms that match those of COVID-19.  “There is fear among us, we are scared to go out to buy medicines. What if someone deports us? Catches us without a reason? We have no one to defend us!” He adds that certain pharmacies insist on prescriptions even for the sale of fever medication.

More than 6,500 Rohingya refugees were recently detained in Jammu, and 150-170 of them were under the threat of deportation at a time when the Myanmar’s government stood dethroned by a military coup. This incident, amid the global pandemic, had further added to the already existing issues in the lives of these refugees who have been fleeing genocide.

Ismail says that many who have lost their informal jobs have now been surviving as ragpickers who receive alms from the buildings near the camp. Ismail himself has been running a fever for four days now, he says. “A Muslim doctor who lives in one of the societies nearby has been writing us prescriptions, but we still need good amounts of money to buy the medicines.” 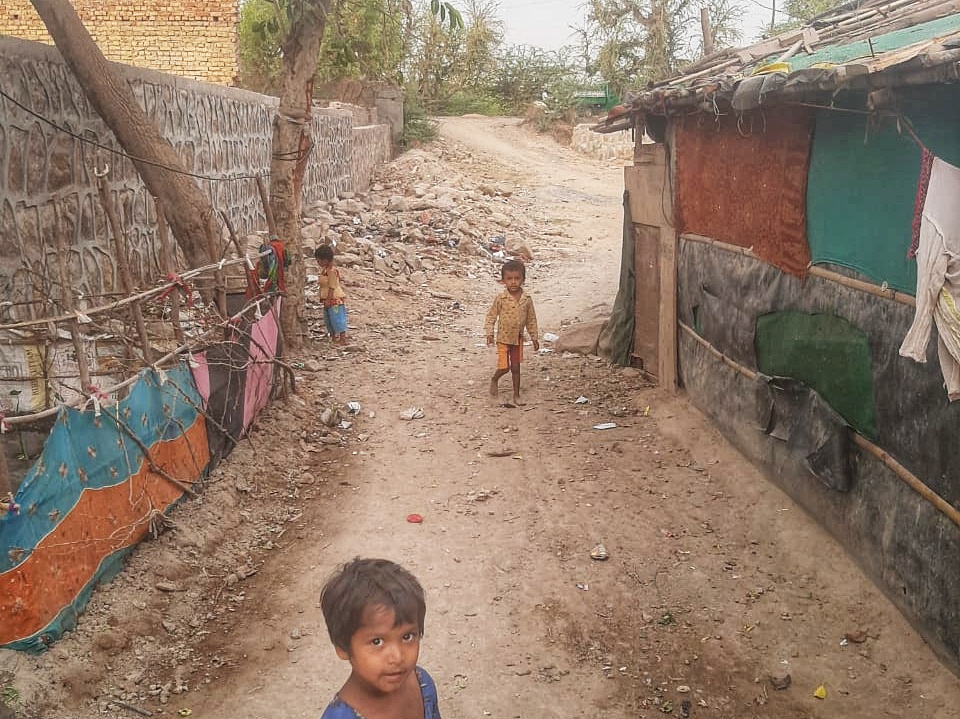 Sabber Kyaw Min, director of the Rohingya Human Rights Initiative who fled Myanmar 16 years ago, told The Wire that the pandemic had brought fresh concerns of survival in a country that offers refugees no safeguards. “We are caught in a never-ending cycle of helplessness. How do we register for vaccines? CoWin requires an Aadhaar card number for registration. Hospitals ask for money. How and where do we get treated from?”

Sabber also points out that the digital booking method for vaccine slots is inaccessible, even for people who have smartphones and internet connections, due to high demand. “We barely have phones, how do we make it through?”

“Us refugees are already anxious to avoid being linked to foreign preachers after the Tablighi Jamaat incident. People in camps lack the space to practice safe hygiene; social distancing is not possible in such cramped spaces,” Sabber adds.

He also explains that while the WHO is working closely with Bangladesh on the COVID-19 vaccination campaign for the Rohingya community, scheduled to start in the coming weeks, there is no such effort or initiative in India. “Indians are running from pillar to post for medical care, we are not able enough to pursue that even,” Sabber says.

As grateful as Sabber is to India, for sheltering many Rohingya families, he urges the Indian government to not forget the Rohingya or any other refugee community. He says, “If hospitals need us, we are ready to serve as healthcare workers, cleaners, workers, whichever way we can help India, but there are too many obstacles that stand in our way to beat COVID-19, denial of Aadhaar cards being the most pressing one.”

An 18-year-old refugee, Noor Marjan, is asking for very little. She says, “We are humans too, why isn’t our community being protected? Sometimes the police harass us and torture our people, was it not enough that we lost our jobs, suffered financial problems, were deprived of food and clean water amid this pandemic?”

Noor explains how barely anyone in the Rohingya refugee community earns a living. With no financial stability, they make do with the little they save or borrow. She further tells The Wire, “Nowadays we are more scared to accept our identity, unfortunately we were born in Myanmar and now we are refugees in India, we face so many problems owing to our ethnic name and now it’s hard to live by this name.” Noor also adds while the COVID-19 precautions are necessary, it seems impossible for them to practice them because of the lack of resources in camps.

On May 7, 2021, UNHCR’s Delhi office passed around a notice that informed refugees and asylums seekers of how to independently acquire vaccines and promoted pandemic-appropriate behavior. However, it did not speak of any tie up with the Government of India for the inoculation of refugees. The growing threat of the virus, along with mounting socio-economic woes, is pushing Rohingya refugees even further to the margins.