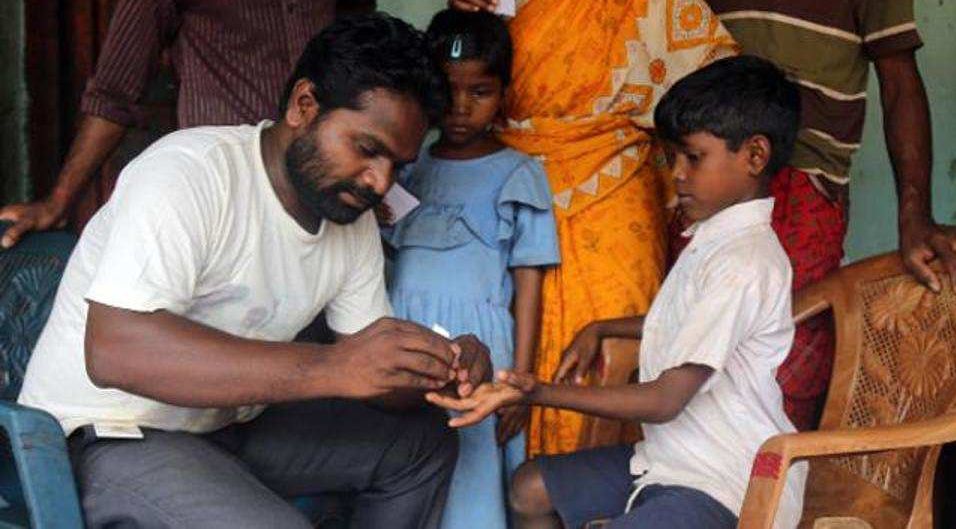 Between 2016 and 2017, India showed an impressive 24% reduction in malaria cases or a reduction of three million cases. Credit: Twitter

New Delhi: Experts at the Indian Council of Medical Research (ICMR) and National Vector Borne Disease Control Programme (NVBDCP) have called for replicating across the country a model project in Odisha that resulted in 85% decline in average monthly malaria cases in the state over one year.

The malaria control approach project, termed ‘Comprehensive Case Management Programme (CCMP)’, was started in four districts of Odisha leading to a 47% decline in malaria cases between 2015 and 2017.

A research paper, ‘Improved access to early diagnosis and complete treatment of malaria in Odisha, India’, on the outcome of the project was published in the PLOS ONE journal on Wednesday.

CCMP, initially implemented in four districts of the state – Angul, Dhenkanal, Kandhamal and Dolangir – led to a sharp decline in malaria cases over five years through a control approach that involved mass screening and comprehensive case management.

The project was a collaboration between the Indian Council of Medical Research-National Institute of Malaria Research (ICMR-NIMR), and the National Vector Borne Disease Control Programme (NVBDCP), Odisha. It was funded by the Medicines for Malaria Venture, Geneva.

The CCMP was then implemented across 22 districts of Odisha under an initiative called Durgama Anchalare Malaria Nirakaran (DAMaN). WHO’s ‘Test-Treat-Track’ strategy, that urges malaria-endemic countries to scale up diagnostic testing, treatment and surveillance for malaria, was also implemented.

Between 2017 and 2018, Odisha recorded 85% decline in malaria cases, as result of which India’s burden of the disease decreased by almost 50%, Dr Anup Anvikar, a scientist at ICMR-National Institute of Malaria Research, said.

The programme provided universal access to malaria diagnosis and treatment, and improved the quality of services and surveillance, he said.

Dr Balram Bhargava, Secretary in the Department of Health Research and Director General, ICMR, said India is committed to eradicating malaria by 2030 and there has already been significant progress in bringing down the caseload.

“CCMP is a sustainable model for improving access to malaria control tools in hard-to-reach areas. Other states can take a cue from this and intensify efforts towards malaria elimination,” he said.

Dr Neena Valecha, Director, ICMR-NIMR termed CCMP as a living laboratory that helped in understanding the true picture of malaria in the study areas. It received technical and financial support from Medicines for Malaria Venture, Geneva, the NVBDCP and WHO.

“There is a need to reach out to people in remote areas in order to control malaria. The Government of India has already distributed Rs 4 crore long-lasting insecticide nets for malaria control. The country has seen a drastic decline in the number of malaria cases and deaths last year,” he said.

According to WHO, India accounted for 4% of global malaria cases in 2017 and has made significant progress in bringing down its malaria burden since then.