The Curious Case of Terbutaline, the Drug Behind Cricketer Prithvi Shaw's Ban

There is no logic when a cricket player ingests terbutaline for a sore throat. 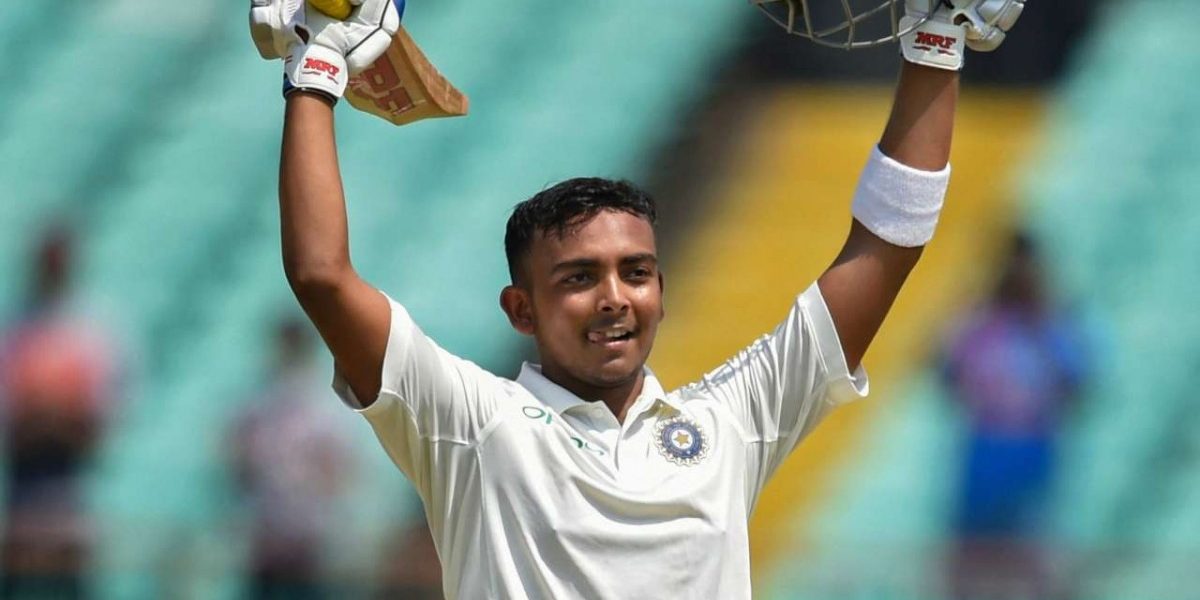 At least three cricketers have developed a sore throat in the last two or three years and needed cough syrup. Sore throats are pretty common, last about a week, and a virus is usually the cause. It really needs no treatment as the course is self-limiting. Drinking warm beverages or warm saline gargling brings considerable relief. A pain killer can be taken in case of excessive discomfort (but never give aspirin to a child as this may trigger Reye’s syndrome).

However, our cricketers were caught taking terbutaline in doping tests, and the Board of Control for Cricket in India (BCCI) slapped retrospective bans on them. No wonder the Union sports ministry doesn’t like that the BCCI is both jury and executioner: it can’t check for banned performance-enhancing drugs and then hand out back-dated punishments as well. There is obviously a conflict of interest, apart from the fact that the testing may not be robust enough nor the punish good enough.

The BCCI reportedly sent a little over 200 samples to a national laboratory, where five tested positive for banned substances. However, there is no record of how these five cricketers were dealt with, if they were dealt with at all. The sports ministry is therefore keen to bring the process of checking under the National Anti-Doping Agency (NADA), which operates under the regulatory authority of the World Anti-Doping Agency (WADA). Every Indian sport federation is subject to NADA’s testing, but the BCCI insists for some reason that it should be outside NADA’s ambit.

A sore throat may be because of streptococcal bacteria, in which case an antibiotic can resolve the infection. However, there is no logic when a cricket player ingests terbutaline for a sore throat. When authorities nabbed Yusuf Pathan with terbutaline in his urine sample in 2018, he confessed he had taken terbutaline for a sore throat. The BCCI promptly handed him a back-dated ban. A few days back, news reports emerged that Prithvi Shaw had been caught committing the same offence. He has also been handed a back-dated ban and will resume playing cricket in November this year.

Shaw captained India’s under-19 unit in the under-19 world tournament. In Pathan’s and Shaw’s cases, the BCCI has been quite satisfied with the evidence provided by the culprits.

It is curious why a cricketer who has consumed terbutaline should be let off so lightly, but from a doctor’s perspective, one explanation easily presents itself.

Terbutaline is classified as a beta 2 agonist used for asthma and chronic obstructive pulmonary disease. Asthma is a chronic inflammatory disease involving the tubes of the lungs through which oxygen inhaled through the nose is carried to the bloodstream. People with asthma have hyper-responsive lung tubes that tend to constrict quite badly, making the patient breathless. In severe cases, one can hear the wheeze without even using a stethoscope. A severe asthma attack can be perilous.

A few years ago, researchers realised that beta 2 agonists don’t just keep lung tubes dilated but also increase muscle strength and power. There is reasonable credible evidence that oral terbutaline is ergogenic as well as improves endurance by increasing one’s ability to work their muscles in the absence of oxygen. No wonder there have been scandals with cyclists getting suspended because their urine had terbutaline.

An athlete can use a beta 2 agonist if she has a therapeutic-use exemption (TUE) certificate confirming that she is suffering from asthma and needs to use an inhaler with SABA/LABA. Now, the WADA has set thresholds for beta 2 agonist intake but not for terbutaline. This means that if an athlete has a TUE for terbutaline, she can take very high doses of the substances to perform better.

This year, players have struck a record number of home runs Major League Baseball (MLB). Despite repeated assertions by the MLB’s organisers that they have the most stringent anti-doping tests in the world, there is speculation that players have been taking anabolic steroids in some form or the other.

Such doping used to be common in MLB for over 13 years, before the 2002 BALCO scandal finally compelled organisers to install anti-doping tests. However, it is believed offending sportspersons continue to use anabolic steroids but in very small doses that beat the anti-doping system. For example, this may consist of a lozenge or a cream that carries a designer anabolic steroid that the most sophisticated instruments can’t detect.

The deeper problem is that sports today has become a big business. It is no longer only about ethics, probity, discipline or fairness. For example, if a cricket player stands to earn $10,000 in a single match of the IPL, the chances of being tested are small and the BCCI is content with retrospective bans, what stops a player from taking the easy way out?

Andre Russel, noted for his six-hitting prowess in the IPL as well as other T20 tournaments around the world, was banned from playing cricket in 2017 for avoiding three anti-doping tests in one year (2015). Russel excused himself saying he was not well versed with the rules and that he of course is a ‘clean athlete’, although he also said the ban made him ‘humble’.

If it is cricket in India, rugby does it in Britain, followed closely by football, weight-lifting, power-lifting. The WADA has published a long list of banned substances; one 2017 review found that half of all sportsmen caught have taken an anabolic steroid, 15% have consumed a stimulant and 13% have taken a masker, a drug that hides traces of the enhancers. Around 4-6% have been caught with terbutaline. The actual figures, including those who haven’t yet been caught (or perhaps never will be), are likely to be higher.

So the next time you see a 95-m six, don’t blame a rarefied atmosphere or a heavier bat – as commentators usually do – but instead spare a thought for that cough syrup or cream. You might find a TUE certificate at the end of the rainbow.