Why Public-Private Collaboration is Bad News For Healthcare in India

Public-private partnerships offer little assurance in providing integrated and universal healthcare, and act as means for the expansion of the private sector. 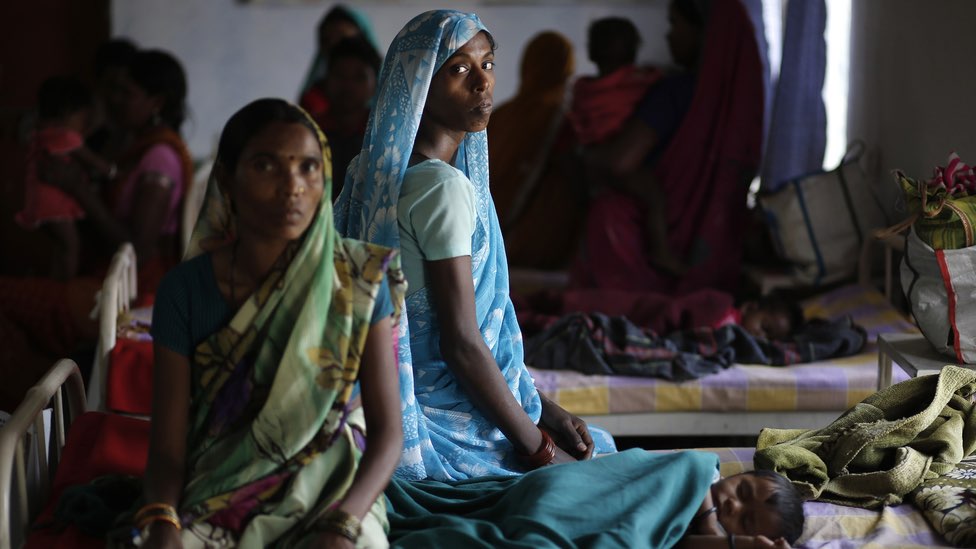 Patients in a government hospital in India. Credit: Reuters/Files

Collaborations or public private partnerships (PPPs) are becoming the norm in India’s healthcare sector. The new National Health Policy (NHP) focuses on a larger role for the private sector. It reinforces its support for PPPs with not-for-profit and private sector organisations through contracting and strategic purchase of services as a short term measure to fill critical gaps in the health system. The duration of this ‘short term’ remains unspecified.

PPPs are mechanisms whereby the public sector procures services from the private sector. For the past 15 years, they have incrementally expanded their scope and terrain in the health sector. The new NHP proposes PPPs for rural and urban primary health services with not-for-profit and for-profit providers respectively, in areas of skill and capacity building, mental health and disaster management. User charges have made a comeback in primary healthcare services in urban areas, which will be provided in collaboration with for-profit private providers. This assumes that the middle class can pay and are a homogenous group. Within the fold of PPPs, the role of corporate social responsibility, voluntary services or pro-bono services for rural and under-served areas is seen as an innovation – allowing the government to avoid the financial responsibility of increasing budgetary allocation for public provisioning of healthcare services. Setting up volunteering programmes also allows the government to enter into contracts with community based or charitable organisations.

The rationale for adopting and expanding PPPs emerges from the paltry budgetary allocation, widening gaps in service and private investment in areas where there are no providers. Interestingly, the background note on NHP 2017 uses a different rationale for private participation so that market domination does not subvert social inclusion and sustainability. It says that the private health industry needs to fulfil ‘its mandatory obligations in return of myriad benefits provided by the government for 25 years’. However, the justification for PPP really rests on its cost efficiency.

In several states like West Bengal, Maharashtra and Bihar, many kinds of services have already been outsourced and contracted through PPPs. The services provided under PPPs range from diagnostic services (digitised radiology, CT scan, MRI, pathology, biochemistry), dialysis services, supportive services like diet, security and waste collection. Surgeries like cataract operation under the national health programmes, and management of primary health facilities are also provided. Service-oriented PPPs have been largely given to for-profit private sector companies – ranging from local entrepreneurs to national level and multi-national corporations like Siemens, Apollo, Ensocare and GE Healthcare. Thus, a range of services are no longer directly provided by the government at hospitals (secondary or tertiary) and primary healthcare facilities. A continuous split between the purchaser and provider fragments the public healthcare system and creates further ground for the insurance services to take-off.

The introduction of private providers within the public healthcare sector changes the legal basis, raises market related concerns of equity, cost of care, quality and health rights. The wide diversity of PPP projects in healthcare, based on the kinds of services it provides, the role and number of private parties engaged in the contract agreements, creates a complex structure over and above the existing public health system. With the overall complexity of PPP structures and the plurality of providers, regulation and monitoring becomes a mammoth task, along with possible increases in administrative cost.

At the local level, continuous monitoring of PPP-based services is weak. The Rajiv Gandhi Super Speciality Hospital in Raichur, Karnataka, which was contracted to Apollo Hospitals Enterprises Ltd (AHEL) to operate and manage, was recommended as a prospective PPP model for tertiary care by the erstwhile Planning Commission. When evaluated for the first time after ten years since its inception in 2002, it showed many discrepancies, with AHEL later withdrawing from it.

Because of the outsourcing, the contractual workforce in PPPs face lower pay and poor working conditions. Public sector authorities for health facilities do not oversee the working conditions of the contractual workers employed by the private contractors. The implementation of quality control – such as in diet services and occupational safety standards of the sanitary workers – by the contractors is weak. All these aspects have an impact on the quality of care imparted to the patients and on workers’ rights.

In the public domain there is inadequate information on PPPs. Recent studies of PPPs and outsourced services in states like West Bengal, Delhi, Chattisgarh, Karnataka and Bihar show that often private companies do not share data in the name of business secrecy. Even though the new policy emphasises digitisation of patient records, patient data from private providers in outsourcing and PPPs are becoming a commodity instead of valuable input that needs to be in the public domain.

The recommendation in the new NHP to scale-up the private sector provision in India draws from the argument favouring the private sector in terms of efficiency, accountability and sustainability. In a 2012 review, Sanjay Basu and others showed that in low and middle income countries the private health sector actually undermined universality by serving higher income groups, and ran the risk of providing low quality healthcare with lower efficiency but higher costs. And, the public sector suffered from a lack of hospitality and timeliness. The US experience shows that a switch to private health care increases the administrative and transaction costs.

In real time, the PPPs are evolving fast with the government encouraging private investment for public health infrastructure and related services through a consortium of service providers, banks and builders who raise the finance, design, build and operate health facilities. This is done through a project company that is called the special purpose vehicle for the public sector authority. Last year, the Uttar Pradesh government invited an international competitive bid to outsource primary healthcare centres with the Gates Foundation. While some would argue that the role of private investment is a good step, what is not being talked about is the high cost of finance raised by the private sector since lending to the private sector is considered riskier than loaning to public sector. As the UK’s experience shows, such hospitals have to be accountable to the private equity investors and bankers which increases costs while repaying the debt.

PPPs offer little assurance in providing integrated and universal healthcare and act as means for the expansion of the private sector. Even though the NHP 2017 proposes to increase health expenditure over the next eight years, the present annual budget is at best, not enough to boost the public sector and fails to imagine newer costs that are going to emerge with PPPs through contracts and purchase of services.

Bijoya Roy is a public health researcher and assistant professor at the Centre for Women’s Development Studies, New Delhi.