Postpartum Depression: Is Motherhood for Indian Women as Blissful as it Should Be?

Mothers facing emotional difficulties often do not come out to their families about it due to stigma. In some cases, they may even be unaware that their distress has a name. 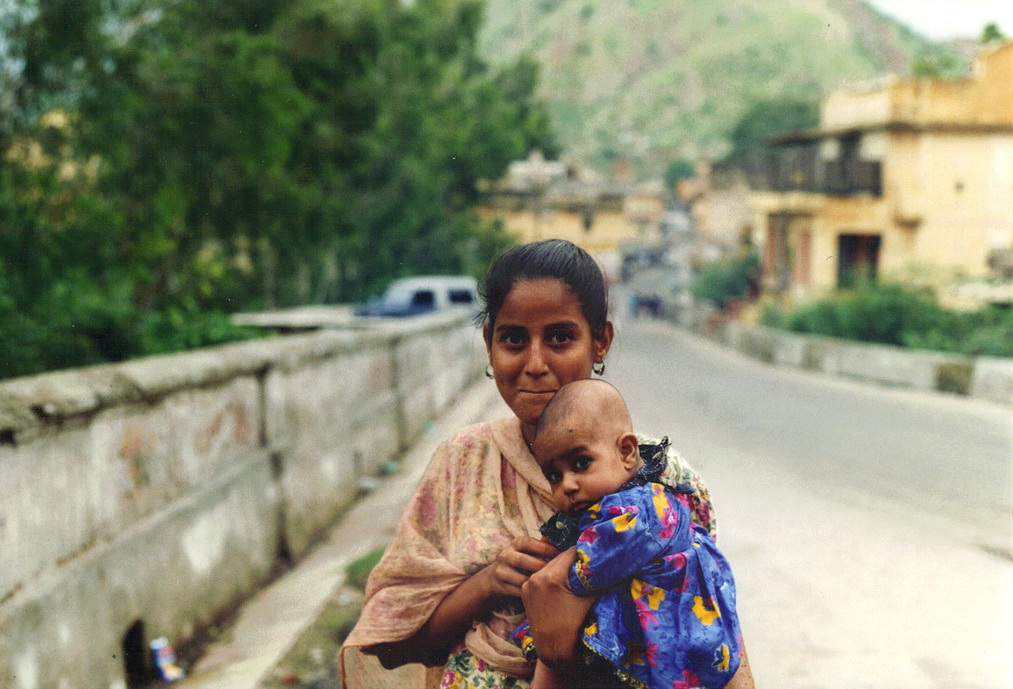 On World Mental Health day (October 10) this year, the National Institute of Mental Health and Neurosciences released India’s National Mental Health Survey (2015-2016). It reported that 1 in 20 people in India suffer from depression. Particularly alarming are the statistics that depression rates are much higher for women compared to men. And women are particularly prone to depression in their child-bearing years, commonly manifesting as postpartum depression (PPD). Despite health professional knowing this, India’s reproductive health programs do not include services for prevention or treatment of PPD.

Postpartum depression usually manifests a few weeks after childbirth. The birth of a baby triggers numerous emotions in the mother, from zest and joy to fear and anxiety. Some may experience ‘postpartum baby blues’ along with physiological and hormonal changes that last up to two weeks after delivery. When these blues, along with physiological symptoms, continue beyond two weeks and manifest in more severe signs, it usually requires medical help. The mother in such a case experiences severe mood swings, excessive crying, difficulty bonding with the infant, loss of appetite or overeating, insomnia or sleeping too much, panic attacks – or, in extreme cases, thoughts of harming oneself or the new born child. Freak cases where a depressed mother has killed her own child have been reported in the US and the UK. In India, such instances go unreported or misreported.

In fact, in the country, mothers facing emotional difficulties often do not come out to their families about it due to stigma or social norms. In some cases, they may even be unaware that their distress has a name and requires medical attention. As a result, even the mildest form of PPD is a battle for the mother balancing the home with childcare. Unsupportive partners or families often magnify the difficulties and working mothers may lose out on opportunities, promotions and even drop out of the workforce.

Clinicians often focus on treating hormone imbalance and providing patients with psychological counselling to address PPD. However, research shows that the condition may not purely be the play of hormones but an interaction of hormonal and environmental (socioeconomic, cultural and household) factors. We recently reviewed the research (under review) on PPD in India and found a host of reasons such as son-preference, domestic violence, poverty, pressures within joint families, lack of support and relationship problems (with spouse and in-laws) that women reported as ‘triggers’ for their depression. Among these, son preference and intra-household dynamics seemed to be the key.

The issue of son-preference comes to light every few years with the release of Census data and reflects an underlying culture of misogyny. The Indian census reported a sex ratio of 940 females to 1,000 males in 2011, with affluent states like Delhi and Gujarat reporting child sex ratios of 871 and 890 girls to 1,000 boys, respectively. These lopsided ratios indicate that women have been subject to undue pressures to deliver a boy. In a study in Goa, a state not usually associated with unfavourable gender attitudes, a mother was terrified of what her in-laws might say or do to her if a baby girl was born. But it was, ultimately as she put it, god’s will.

If a girl is born, the woman may be nagged by her family and bears the brunt of an outcome that hasn’t ever been in her control. The mother feels low self-worth and detachment from the female infant who may be, in her eyes, the reason for societal reproach towards her. Younger mothers may also be negotiating their own space within the families of their husbands. Problems with in-laws, unsupportive husbands and women’s inability to express their needs may lead to conflict and even domestic violence during pregnancy.

Many Indian families practice outdated post-delivery rituals and traditions. Some of these rituals may do more harm than good to the mother. In many areas in the northern and western parts of India, for instance, the mother and baby stay isolated from the family and community for 40 days after delivery. While this may be done to protect them from infection, the effective isolation makes the mother lonesome and vulnerable. Contrary to perception that these practices are followed in villages, an IT professional in Bangalore was brave enough to admit (see video below) the isolation she felt following this tradition and how it provoked ill thoughts of harming her baby. While she recognised the situation and reached out for help, women from poorer households may not have easy access to healthcare or may not recognise signs of PPD.

It is only recently – with the National Mental Health policy – that women’s mental health finally showed up on the public radar. The ambitious draft National Policy for Women (2016) also calls for screening and treatment services for women’s mental health in primary healthcare. These policies need to be followed up with services and a roadmap for action on issues like PPD.

Research is also weak. The rates of prevalence of PPD show a wide range – from 6% to 48% of women – depending on where the research was set or modelled. The numbers also vary by definition, assessment time and cutoffs. The poor state of research on PPD limits our understanding of inequities in incidence and treatment. One hopes that the Sustainable Development Goals (SDG), which consider mental health a global priority concern, will propel India forward to deliver services for mental health for women.

Then, there is the deeper question of how women’s health has been framed in India; it is often equated with sexual and reproductive health. During pregnancy, health services for women focus on ensuring safe delivery. After childbirth, the spotlight shifts to the child and the mother’s wellbeing receives less attention. Research from India and other Asian countries has consistently shown that gender-related attitudes through the course of life can be key triggers for PPD. Despite this, interventions are predominantly medical while the incorporation husbands and families in prevention or any remedial action is rare.

Even as societal attitudes present a formidable challenge, a key supply-side constraint for delivering services for PPD is the acute shortage of health providers, especially for mental health at primary care facilities. A number of professionals such as gynaecologists, midwives, community health workers, paediatricians and allied health professionals may have to step up and provide screening, treatment, preventive counselling and rehabilitation services for cases of PPD. An ongoing intervention in Madhya Pradesh provides one option: of integrating mental health services in primary care by training health workers to identify signs of depression among women and sensitising health providers. While this approach may target the treatment gap, the real game-changer for PPD will be advocacy and interventions for shifting gender-based attitudes and reducing violence within homes.