Pesticide poisoning is the leading method of suicide among both men and women in the country. It is also the method that is easiest to prevent – by banning and removing highly hazardous ones from agricultural practice through legislation. 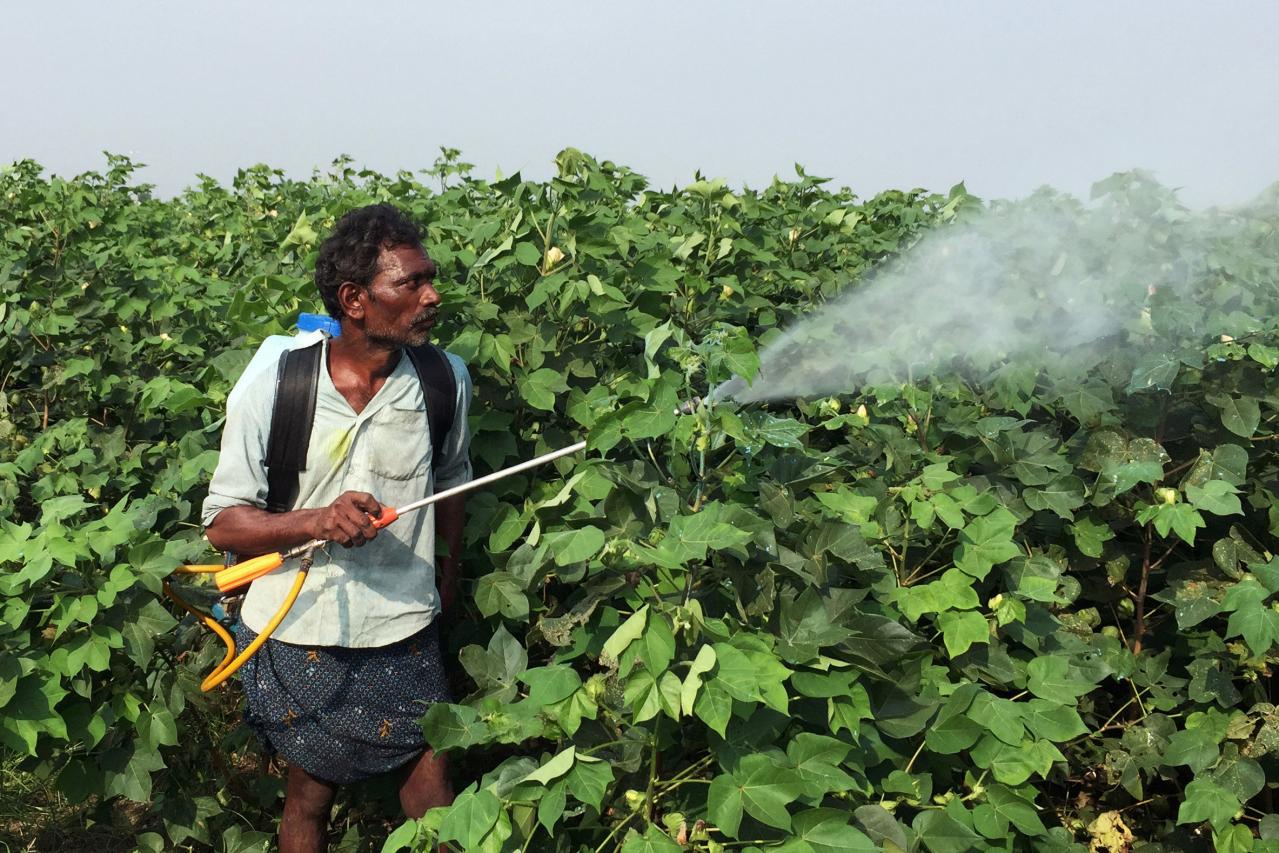 Legislative restrictions on HHPs is a cost-effective approach to rapidly reducing the number of suicides. Credit: Reuters/Mayank Bhardwaj

The ban on highly hazardous pesticides (HHPs) currently being discussed in India will not only protect the environment and improve the public health but will also achieve another rarely acknowledged goal – a rapid and major reduction in the number of Indians dying from suicide.

The Supreme Court, which is currently deliberating on the case challenging government’s delay in banning HHPs identified by the Anupam Verma Committee, has a major role to play. The case emerged following a public interest litigation by Kavitha Kuruganti and others filed in 2017.

Statistics on suicide are notoriously unreliable and probably too low due to stigma and the family’s fear of negative consequences. Official data estimate 131,623 people lost their lives by suicide in 2015 – that is 15 suicides every hour. A nationally representative survey estimated that 92,000 (49.2%) of 187,000 Indian suicides in 2010 resulted from poisoning, with the great majority following pesticide ingestion. Pesticide poisoning was the leading method of suicide among both men and women. It is also the method that is easiest to prevent.

Indian small-holder farmers use high strength pesticides and fertilisers to increase farm productivity. This wide availability makes HHPs an easy option for self-poisoning (or attempted suicide) during acute crises. In comparison with developed countries, where agricultural strength pesticides are only available to licensed workers, and where few people now work in agriculture, HHPs are freely sold in shops and dangerously stored in many homes in rural Indian communities. Unlike relatively low toxicity medicines commonly used for self-poisoning in the West, HHPs commonly kill if ingested. This means that the number of people who die after self-poisoning is much higher in Indian agricultural communities than in industrialised countries, producing high rates of suicide.

Many pesticide suicides are highly impulsive, with a person contemplating suicide for just a few minutes. Most persons who engage in suicidal behaviour do not want to die, with suicide serving as a response to psychosocial stressors. If a person is prevented from using a really dangerous method, they may use a method with lower lethality, with an increased chance of survival, or the suicidal impulse may pass. Relatively few people go on to find an equally lethal method of suicide. Surviving a suicidal period usually allows the person to find support from family, community and medical/psychological services and another way to deal with the stress.

Farmer suicides are just one aspect of pesticide suicides in India. In comparison to the 15,000 farmer suicides that occur each year, many by hanging, more than 80,000 pesticide suicides occur by people who do not own farming land and are therefore not considered farmers in national statistics. Many more women and non-farmers than farmers die from pesticide poisoning each year – simply due to their wide availability in their rural communities.

The WHO estimates that at least 20% of all suicides could be prevented by restricting access to poisons. Means restriction has proven to be highly effective in the reduction of suicide in the UK after the domestic gas supply was made less toxic. Barrier installation on bridges, high buildings and railway platforms to prevent jumping has also been shown to be effective in many countries.

Restricting access to the means of pesticide suicides in India – banning and removing HHPs from agricultural practice through legislation and importation limitations – will be the most effective way to prevent suicides. Removal of HHPs rapidly and comprehensively reduced the total number of suicides in Sri Lanka, Bangladesh and South Korea.

Importantly, in these countries equally effective, but less toxic, alternative pesticides and agricultural practices – in particular, integrated pest management – have been found. As a result, no reduction in agricultural productivity has been noted following the bans.

This approach does not minimise the importance of a comprehensive effort directed at improving mental health and health systems. However, legislative restrictions on HHPs is a cost-effective approach to rapidly reducing the number of suicides. In Sri Lanka, this approach saved an estimated 93,000 lives at the remarkable direct cost to the government of less than $50 per life saved.

People who no longer died because pesticides were much less toxic did not then go off to jump off a bridge or hang themselves. The act was often cathartic with the realisation that they wanted to live and get the support of family, community or health and social services.

India has already carried out an extensive series of pesticide regulations, to reduce the hazards associated with pesticide use, including a ban on 28 pesticides. More recently, the Anupam Verma Committee reviewed the use of 66 pesticides that are banned, restricted, withdrawn in one or more other countries but which continue to be registered in India. Thirteen pesticides were recommended to be banned, 27 to be reviewed in 2018 and six to be phased out by 2020. Many of these pesticides are HHPs that should be banned rapidly to bring down suicide. Unfortunately, these government commitments remain unfulfilled.