Recognising “living wills” made by terminally-ill patients, the Supreme Court has held that the right to die with dignity is a fundamental right. 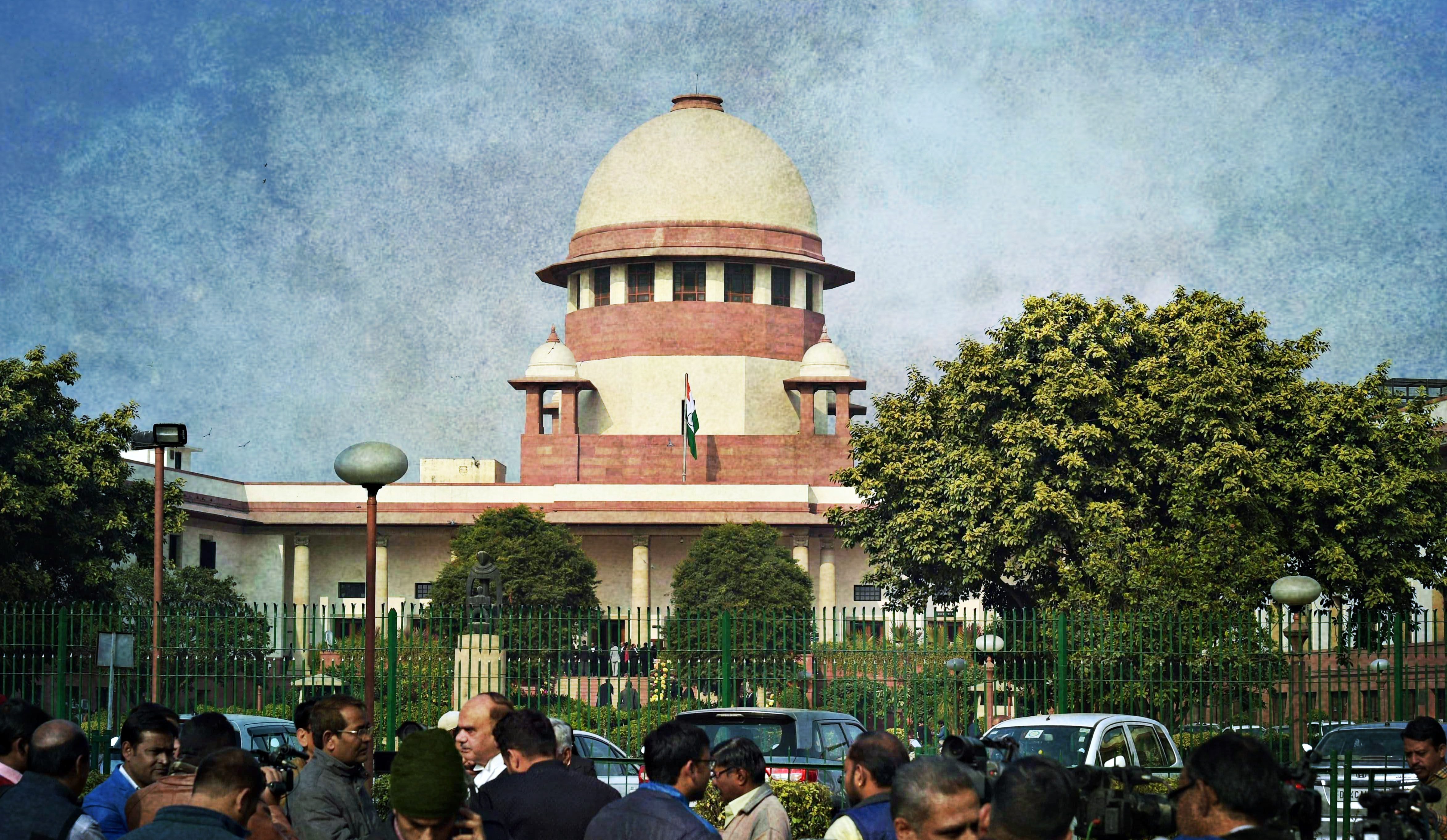 A view of Supreme Court of India in New Delhi. Credit: PTI/Atul Yadav

New Delhi: Declaring the right to die with dignity as a fundamental right, the Supreme Court in a landmark judgment on Friday,  passed  an order allowing passive euthanasia in the country.

According to an Indian Express report, a five-judge bench of the apex court headed by the Chief Justice of India Dipak Misra and comprising Justices A.K. Sikri, A.M. Khanwilkar, D.Y. Chandrachud and Ashok Bhushan, issued guidelines in recognition of  “living will” made by terminally-ill patients.

These guidelines include who can execute the will and under what conditions can the medical board endorse passive euthanasia. The apex court further stated that its guidelines and directives shall remain in force till a legislation is brought to deal with the issue, Firstpost reported.

The court was issuing its verdict on a PIL filed by NGO Common Cause in 2005. According to LiveLaw, noted lawyer Prashant Bhushan had argued in the case that when a medical expert suggests that a patient suffering from a terminal disease has reached a point of no return, she should have the right to refuse artificial life support – medically referred to as passive euthanasia – to avoid prolonged agony.

“Life and death are inseparable. Every moment our bodies undergo change… life is not disconnected from death. Dying is a part of the process of living.”

The bench had earlier reserved its judgment on October 11, 2017 while observing that the right to die in peace could not be separated from Right to Life under Article 21 of the constitution.

A five-judge bench, headed by Justice J. S. Verma, in Gian Kaur vs State of Punjab in 1994 had held that both assisted suicide and euthanasia were unlawful. The bench stated that the right to life did not include the right to die, hence overruling the two-judge bench decision in P. Rathinam vs Union of India which struck down section 309 of Indian Penal Code (attempt to suicide) as unconstitutional.

In the Gian Kaur case, the apex court held that Article 21 speaks of life with dignity, and only aspects of life which make it more dignified could be read into this Article, thereby pointing out that the right to die was inconsistent with it.

However, later in Aruna Ramchandra Shanbaug vs Union Of India, the Supreme Court in March 2011 held that passive euthanasia could be given a nod in case of exceptional circumstances and under strict monitoring of the apex court.

Aruna Shanbaug had been in a vegetative state for since 1973, and on her behalf, Pinki Virani, a social activist, journalist and writer, had filed a writ petition claiming that her right to life guaranteed by the constitution had been violated. Aruna Shanbaug, who spent 42 years in a vegetative state after a brutal sexual assault.

The SC opined that such a decision regarding the death of an individual could not be solely left to the discretion of the patient’s relatives or the ‘next friend’  – like the nursing staff in the case of the Shanbaug case. The Centre at the time opposed recognition of ‘living will’ and said consent for removal of artificial support system given by a patient may not be an informed choice. The decision could stem from a lack of awareness medical advancements.

Euthanasia is regarded as the only viable option when all  life care interventions fall short of ensuring a better life for terminally ill patient or one who is in a vegetative state.

A living will is a written document allowing a patient to give instructions in advance about the medical treatment to be administered when he/she is terminally ill or no longer able to express informed consent, including withdrawing life support if a medical board declares that all life saving medical options have been exhausted .

The Centre had opposed the concept of a living will, stating that there was risk of misusing such a provision. And that it may not be viable as a part of public policy.

Netherlands was the first country to legalise euthanasia and assisted suicide in April 2002. According to a Guardian report, the country had issued strict guidelines and conditions, including that “the patient must be suffering unbearable pain, their illness must be incurable and the demand must be made in “full consciousness” by the patient.”

Belgium soon followed with a law legalising euthanasia in the same year. While assisted suicide is not mentioned in the law, “doctors can help patients to end their lives when they freely express a wish to die because they are suffering intractable and unbearable pain,” the Guardian reported.

While euthanasia remains illegal in the US, in five states in the country, doctors are allowed to prescribe lethal doses of medicine to terminally ill. In 2013, roughly 300 terminally ill Americans were prescribed lethal medications, and around 230 people died as a result of taking them.