India isn’t making as much progress as it should have towards 'ending all forms of malnutrition by 2030 for children under 5'. 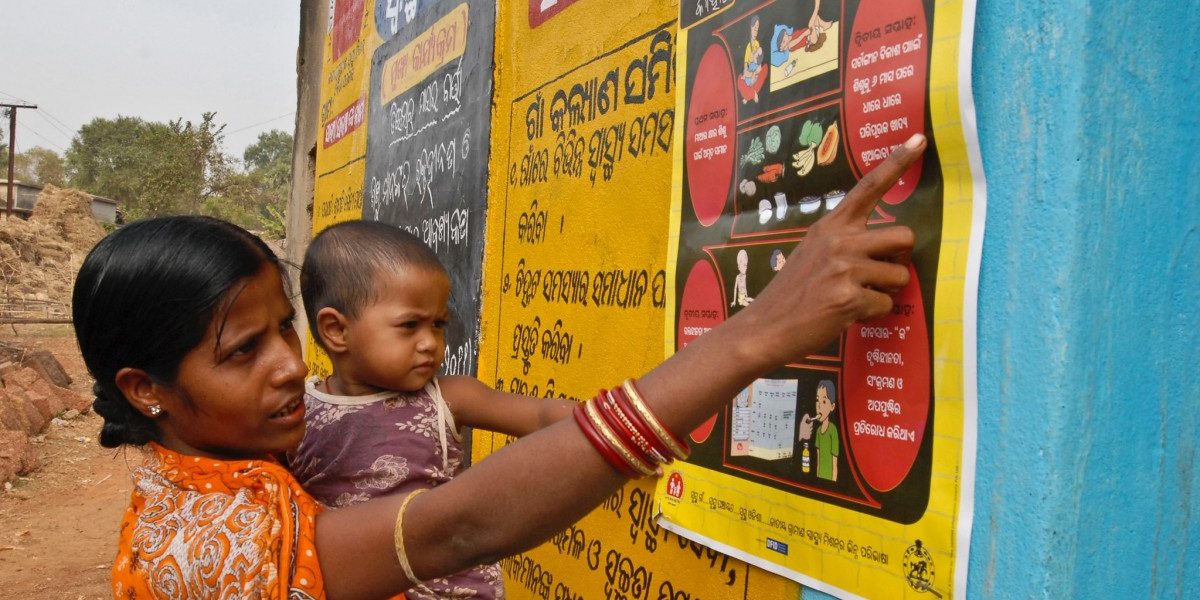 A woman looks at a poster with information about what best to feed babies and young children. Representative image. Photo: UK DFID/Flickr CC BY NC ND 2.0

The Union health ministry released the second phase of India’s fifth National Family Health Survey (NFHS-5), conducted in 2019-2021, on November 24. The data for the previous round, NFHS-4, was released in 2015.

NFHS-5 is the most comprehensive survey to date on the health and nutrition indicators of India’s men, women and children.

Since India has the most malnourished children in the world, it’s worth analysing what NFHS-5 has to say about India’s progress towards achieving UN Sustainable Development Goal (SDG) 2.2: “ending all forms of malnutrition by 2030 for children under 5”.

NFHS-5 is nationally and sub-nationally – at the state and district levels – representative, so its findings on children’s nutritional status can help policymakers identify critical areas where better policy can provide course correction.

Infant and child mortality rates have improved since the previous round. The steepest fall has been recorded in the mortality rate of children under 5 – from 49.7 to 41.9 deaths per 1,000 live births.

Similarly, vaccination rates have improved since NFHS-4. The fraction of fully vaccinated children between the ages of 12 and 23 months has gone up from 62% to 76%, along with the rates of partial vaccination.

Interestingly, the fraction of children receiving most of their vaccines in public health facilities has also gone up, from 91% in NFHS-4 to 95% in NFHS-5, reflecting the improved coverage of the facilities.

‘Childhood diseases’ presents a more mixed picture. While the prevalence of diarrhoea in the two weeks preceding the survey dipped slightly in NFHS-5, the fraction of children receiving ORS and zinc for diarrhoea has gone up substantially.

Children’s access to healthcare services – when suffering from diarrhoea and symptoms of acute respiratory infection (ARI) – has remained almost the same since the previous survey. The latter is an important finding: despite COVID-19, the percentage of children suffering from ARI has not gone up.

The more alarming thing is the 8 percentage points’ rise in the fraction of children suffering from anaemia – from 59% in NFHS-4 to 67% in NFHS-5.

Also read: Does India Know Anaemia Is Running Amok in the Country?

Taken together, while there has been some progress, India isn’t making as much progress as it should have towards SDG 2.2 – since the percentage of stunted, wasted, underweight and anaemic children in India is 36%, 19%, 32% and 67%, respectively.

The advantage of NFHS-5 data is its quality, comprehensiveness, granularity and representativeness up to the district level. The data is collected by Government of India officials, following international protocols to ensure reliability, and as such encompasses the largest set of health and nutrition indicators for the Indian sub-population.

At this point, the government could identify districts that require urgent intervention. For starters, it could bin districts into three groups – green, yellow and green – for each indicator, and prioritise intervention for the ‘red’ districts first.

The government should also consider linking village, district, state and national level metrics to track improvements in children’s health. This will help India mount a unified and more efficient approach to eradicate child malnutrition by 2030.