Seminal findings by a researcher from IISc has revealed a new way to understand chronic diseases of the gut, which commonly assail the population of developing nations. 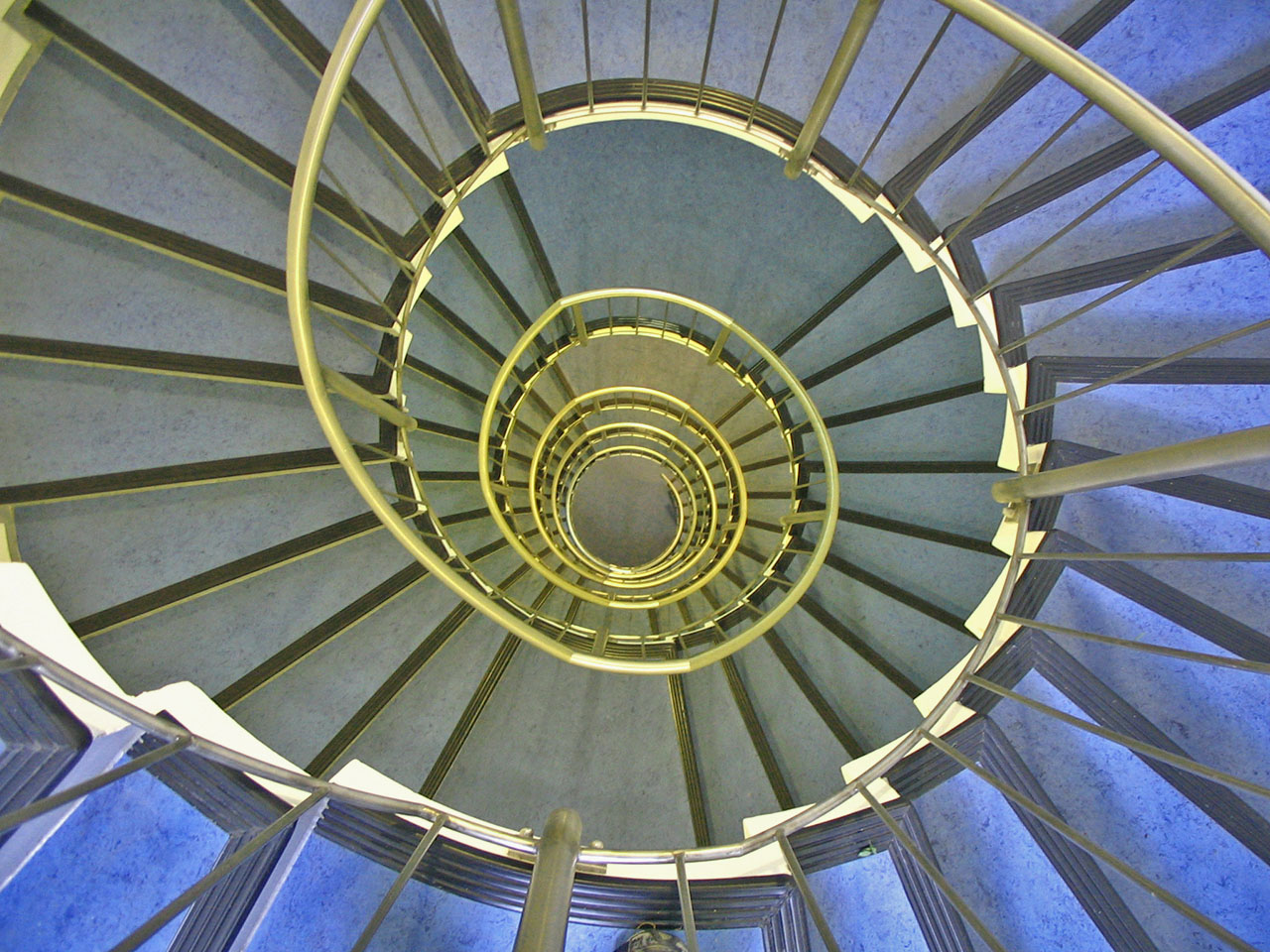 A new turn: A genetic cause of some chronic intestinal diseases has been found, paving the way for a possible cure. Credit: hinkelstone/Flickr, CC BY 2.0

On a cold wintry day in April 2008, in the picturesque coastal city of Bergen in southwest Norway, an 88-year-old lady was admitted to the Haukeland University Hospital, the main city hospital. Bergen, also known as the City of Seven Mountains, is surrounded by magnificent icy fjords on one side and the frigid North Sea on the other. With cool winters and mild summers, temperatures in April hover around an average of 8º C.

The old lady was suffering from severe dehydration, very unusual for that time of the year. She told the gastroenterologist attending to her that her condition was inherited. Several of her family members had been similarly affected since childhood.

“The gastroenterologist contacted his good old friend, a professor and consultant in genetics, and the genetics professor went to see the patient and drew a family tree which he showed to me,” Dr. Torunn Fiskerstrand, an associate professor in the department of clinical science at the university, wrote in an email.

Upon investigating the family’s medical history, Dr. Fiskerstrand found that out of the existing 57 members, 32 – 14 females and 18 males, ranging in ages from two to 88 years, and spanning three branches of the family over four generations – were affected with some form of intestinal problems.

Ten of them had undergone laparotomy, a surgical procedure that involves making a large incision in the abdominal cavity to clear suspected bowel obstructions. Eight had to be hospitalised for dehydration and electrolyte disturbances when they were newborns. All the affected family members had several loose stools every day, accompanied by meteorism, a drum-like distension of the abdomen and in some cases abdominal pain.

This disease, with a rather mild congenital diarrhea, had not been described in the literature so far. Intrigued, Dr. Fiskerstrand decided to conduct a genetic test of the affected as well as healthy family members.

With the permission of the family, her team took blood samples from all the 32 affected members and 11 normal members. They isolated the DNA, and using a technique called whole exome sequencing, found that all 32 carried a single identical mutation. Upon further investigation, they found that the mutation was in a gene known as guanylyl cyclase C (GC-C).

In August 2009, Dr. Fiskerstrand contacted Prof. Sandhya S. Visweswariah at the Indian Institute of Science, Bengaluru, one of two leading experts in this field, who had previously published a study regarding mutations in this gene.

Najla Arshad, a doctoral student with Prof. Visweswariah then, characterised the effect of the mutation by performing an analysis of the mutation in cells using biochemical and molecular biology techniques.

Her experiments showed that the mutation increased the activation of the GC-C protein several-fold. GC-C’s proteins are found in the human gut where they regulate the release of ions and water into the intestinal cavity.

This collaborative study, published in the New England Journal of Medicine in 2012 was the first ever report that linked mutations in the GC-C gene to human intestinal disorders. Chronic diseases of the gut, such as irritable bowel syndrome, affect about 15-20% of adults and is a common cause of diarrhoea. Currently, there is no known cure for any of the chronic intestinal diseases, which are caused by many factors, including genetic and environmental ones.

In the late 1980s, there was some inkling that the diarrhoea caused by bacterial toxins was induced through special proteins in the gut. In the early 1990s, David Garbers, former director of the Green Centre for Reproductive Biology at UT Southwestern Medical Centre (Texas) who passed away in 2006, discovered the guanylyl cyclase family of proteins. While studying sea urchins, Garbers found that certain aspects of the sperm cell, like motility, were modulated by small bits of proteins known as peptides.

Garber showed that these peptides brought about their effect by binding to the guanylyl cyclase protein, and so the protein family came to be called receptor guanylate cyclases. His work led to the discovery of the family of receptor guanylyl cyclase in a variety of organs. His laboratory found that members of the guanylyl cyclase family also functioned as receptors for different types of peptides, including bacterial enterotoxins. These toxins bind to the GC-C receptors on the gut cells and cause the release of ions and water, and so diarrhoea.

Prof. Visweswariah’s lab was the first to elucidate the functions of the GC-C receptor and its mutations in detail, as well as signalling mechanisms, finding a link between GC-C expression and cancer, and establishing its leader as the global expert in GC-C.

At first, Prof. Visweswariah and her group looked at how these receptors changed when they received a signal through molecules that act as signalling agents by studying what happened to the functionality of the receptors if parts of it were altered. They generated a host of point mutations – each which is a mutation in which a single nucleotide in the gene is changed.

This allowed them to identify the parts of the receptor that were involved in signal-sensing and those that were responsible for the responses to these signals. Over the years, her team found that mutations in specific regions cause the receptor to either be ‘always off’, ‘always on’ or ‘hyperactive’.

Soon after the Norway study was published in 2012, another doctor got in touch with Prof. Visweswariah. Dr. Andreas Janecke, an Austrian clinician at the Department of Paediatrics, Medical University of Innsbruck, wrote to her about four (unrelated) patients who had congenital sodium diarrhoea. They were children aged between 34 months and 86 months, and suffered from a severe form of diarrhea with high faecal loss of sodium and chloride ions.

The four children needed parenteral fluids for at least two years, with two of them still being dependent on total parenteral nutrition. All four were born with a large abdomen due to intestinal dilation. The disease was rather severe with complications such as sepsis, ileus (obstruction of a part of the intestine called the ileum), volvulus (twisting or rotation of a part of the bowel), and severe colitis.

Unlike the Norwegian family, the disease was not inherited as none of the children’s parents had any symptoms of the disease. Upon genetic analysis, the Austrian scientists found each of the four to have a different mutation in the GC-C receptor. In fact, one of the mutations was the same that Prof. Visweswariah and her team had generated in the lab more than a decade ago while studying the receptor.

The road ahead with GC-C

Her lab also helped to characterise the effect of these mutations and found that the enhancement in activity of GC-C was far higher than that seen with the Norwegian family. These results were published in the journal Gut in May 2015.

Both these independent collaborations have established two novel links between intestinal diseases and GC-Cs. These discoveries stand to provide an answer to other non-infectious chronic diarrhoea syndromes that have no known cause. Clinicians could look at the sequences of the GC-C protein in patients who may be suffering from chronic diarrhoea or other chronic intestinal diseases. Future work may indicate treatments for these patients such as chemical inhibitors of the signalling pathway to prevent fluid discharge.

Recently, Prof. Visweswariah received a grant in April 2014 from the Bill & Melinda Gates Foundation  under their Grand Challenges Exploration Award to generate a new model to study toxin-producing bacteria like Escherichia coli that target the intestines. Instituted in 2003, the award focuses on innovations that “could lead to key advances in preventing, treating and curing diseases of the developing world”.

“Her recent studies identifying disease-associated GC-C mutations gives us a better understanding of the molecular mechanism that causes some forms of congenital diarrhoea and is a critical step toward effective treatment,” Steinbrecher added.

Deepa Padmanaban is a freelancing science and health journalist based in Bengaluru.