How New York is Trying to Outsmart the Aedes Mosquito 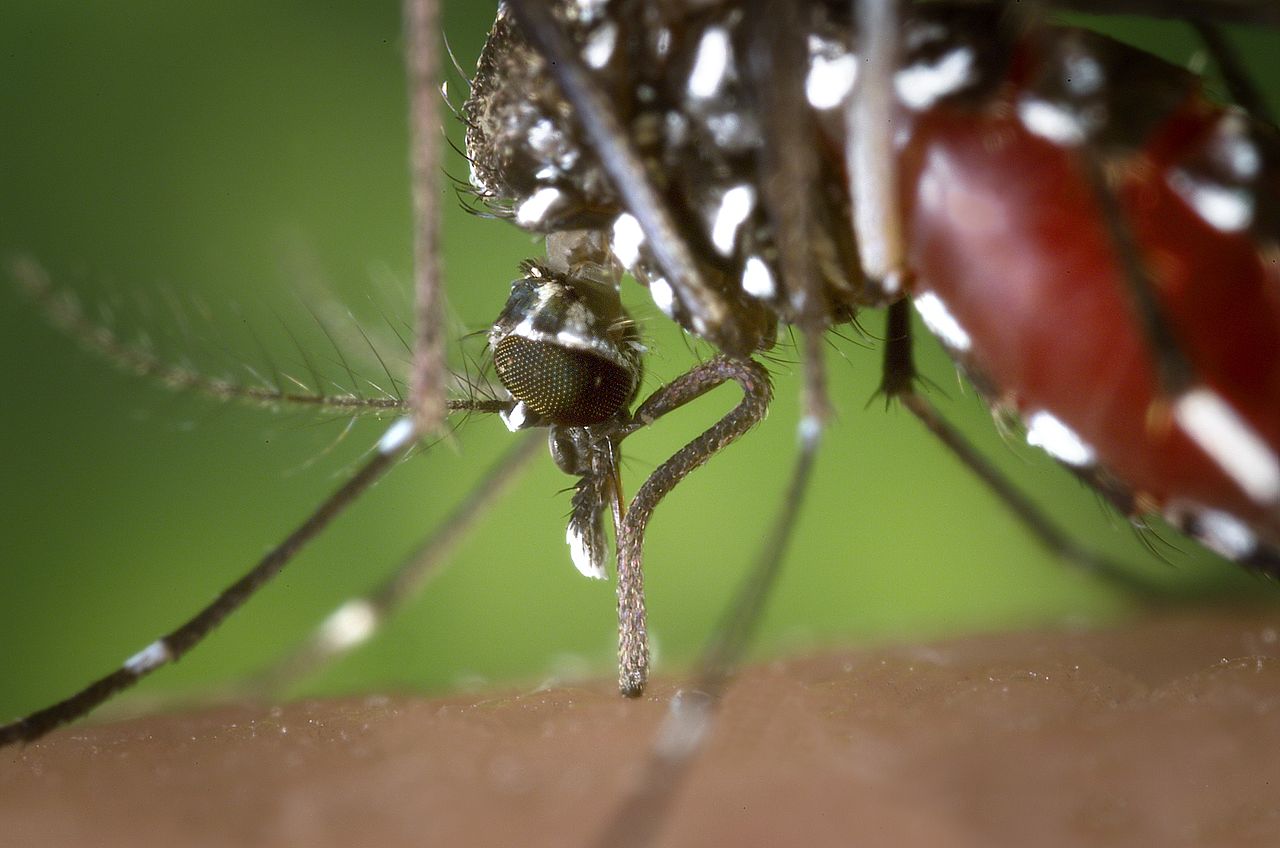 New York: On a sultry afternoon in August, Anthony Doyle sweeps the leaves outside his home on tree-lined Gunther Avenue.  He is not bothered by the heat but what really gets to him are the mosquitoes.  “Sometimes two, three of them come and just take you down,” says Doyle who has lived in the Wakefield section of the Bronx for 30 years.  Health department trucks had been spotted on Gunther Avenue recently spraying pesticide and a flyer posted on the street corner urged people to stay indoors. Doyle says he doesn’t mind the lingering smell of pesticide as long as it keeps the mosquitoes away.

Wakefield was one of the first areas of New York to be doused with “adulticide” this year. That’s another word for pesticides which kill flying insects rather than larvae. Adulticiding is normally done as a last resort when other methods have failed but this summer, New York was spraying aggressively to eliminate Aedes albopictus, a potential carrier of the Zika virus.  The health department has also switched to a new type of insecticide that specifically targets Aedes.

Cities around the world are waging an epic battle against the Aedes mosquito. Delhi, Singapore and Miami are struggling to contain outbreaks spread by Aedes aegypti, a primary carrier for a host of viruses ranging from chikungunya to Zika. Delhi’s chikungunya outbreak is the worst in six years and there were more than a thousand new cases reported last week. In New York,  the related Aedes albopictus (also known as the Asian tiger mosquito) has not infected anyone yet but the city is already treating the mosquito like a disease carrier. Earlier this year, New York announced a three-year, $21 million campaign to prevent Zika and a good chunk of that budget is being spent on mosquito control. At a recent event, health commissioner Dr. Mary Bassett bluntly said, “We are just trying to kill the Aedes mosquito.”

Aedes albopictus should not be underestimated. It is known to carry more than 20 viruses and was responsible for a global chikungunya epidemic a decade ago. A native of southern Asia, it has dispersed far and wide and is on the list of 100 most invasive species on the planet. In the US, the Asian tiger was first discovered in a mosquito trap at a Memphis cemetery in 1983. The mosquito has since spread to 40 states and can be found as far north as Maine. It is believed to have arrived on US shores as a stowaway in used auto tires imported from Japan and Taiwan.

New Yorkers may not know the mosquito by name but might have felt its vicious bite at a backyard barbeque. “The entire metropolitan area is infested,” says Dr. Laura Harrington, Chair of the Department of Entomology at Cornell University. She is mapping the spread of Aedes albopictus in the lower Hudson valley and her team has been picking up dead bugs from tarps, potted plants and lawn furniture all over Westchester county. Long, hot summers and erratic weather have contributed to the explosive growth of the mosquito in the New York area, says Harrington.

New York City’s health department is keenly aware that mosquito borne diseases can spread rapidly in densely populated urban areas and has invested in novel products and technologies to combat Aedes.  One of them is the BG-Sentinel trap, which has  proven adept at capturing Aedes and is used to track mosquitoes in their natural habitat. Backyards, cemeteries and public parks are some of the places where traps have been placed. A collapsible, fabric container the size of an ice bucket, it works by releasing ammonia, lactic acid and a cocktail of chemicals that mimic the scent of human skin. According to the New Yorker, the traps “smell like a hot subway car during rush hour.” Its contents, a small heap of dead mosquitoes, are sent to a public health lab where they are tested for the Zika virus.

A user-friendly mosquito map based on tracking data went live in late August. Bright orange dots mark Aedes hotspots and blue dots show areas with the Culex mosquito which carries the West Nile virus. The health department is sharing this information with the public for the first time this year. The northern Queens neighbourhood of College Point, which was “ground zero” for the West Nile epidemic of 1999,  has the highest mosquito counts.  Wetlands and marshes in the area have provided ideal breeding grounds for Culex but there are indications that the Asian tiger is also a burgeoning presence. “I’ve picked lots of Aedes in College Point,” says Dr. James Cervino, a Queens-based marine biologist who recently began examining mosquitoes in his neighbourhood as part of his research on climate change.  According to Cervino, Queens has a number of  “blighted areas” with thriving mosquito populations and the interactive map hotspots are only the tip of the iceberg.

Forested and swampy areas in Queens, Brooklyn, the Bronx and Staten Island are the focus of mosquito control efforts early in the season. Ponds and lakes are treated with larvicide usually dropped by helicopter. Sprayed insecticides which kill adult mosquitoes tend to be less effective in these places because Aedes albopictus hides in secluded nooks like tree holes and stumps. The new pesticide deployed this year helps to overcome this problem.  Duet (the commercial name for the pesticide) has an added an ingredient, which acts as an irritant to draw mosquitoes out of their hard-to-reach spots and forces them to fly around. Once airborne, the mosquito comes in contact with an ultra-low volume spray of a synthetic pyrethroid called sumithrin, which kills them on contact. Duet was tested at the Center for Vector Biology at Rutgers University and found to be almost  100% effective on a sample of Asian Tiger mosquitoes from New Jersey.

New York has the biggest urban cluster of  Zika cases in the US. A total of 599 people have the disease (all picked up the virus overseas). At a press conference in April, Mayor Bill de Blasio pointed out that the city is home to a large community with ties to the Caribbean and Latin America.  “Right now, the central challenge is people who bring it back,” he said.  Pregnant women were strongly urged not to travel to these regions as the virus can cause severe birth defects including microcephaly. In some immigrant neighbourhoods like Morris Heights in the Bronx, the virus is already casting a long shadow. “We have quite a few cases of pregnant women with Zika and they are all from the Dominican Republic,” says Dr. Tammy R. Gruenberg, an obstetrician and Medical Director of the Women’s Health Pavilion at Morris Heights Health Center.  Doctors at the centre have been handing out prevention kits to pregnant women planning trips to a Zika-affected countries. The kit contains insect repellent spray, condoms and two donut-shaped “dunks” that kill mosquito larvae in standing water.

With temperatures dropping, the threat of locally transmitted Zika in New York is receding. However,  the looming presence of the Asian tiger mosquito is still a matter of concern. To truly outsmart Aedes, scientists like Laura Harrington feel big cities cannot rely on larvicides and pesticides alone: “We’ve been spraying for decades. We need new ways to target mosquitoes, safer insecticides and rapid development of vaccines.”

Sribala Subramanian is a New York-based journalist who follows global health. She has written about dengue fever in Brazil, diabetes in South Asians and population genetics. She was formerly a reporter for Time magazine.