Sexual violence is a personal account and every victim’s experience is different. But what is common to all those who have experienced such violence is that it is a debilitating experience and affects every aspect of one’s life. 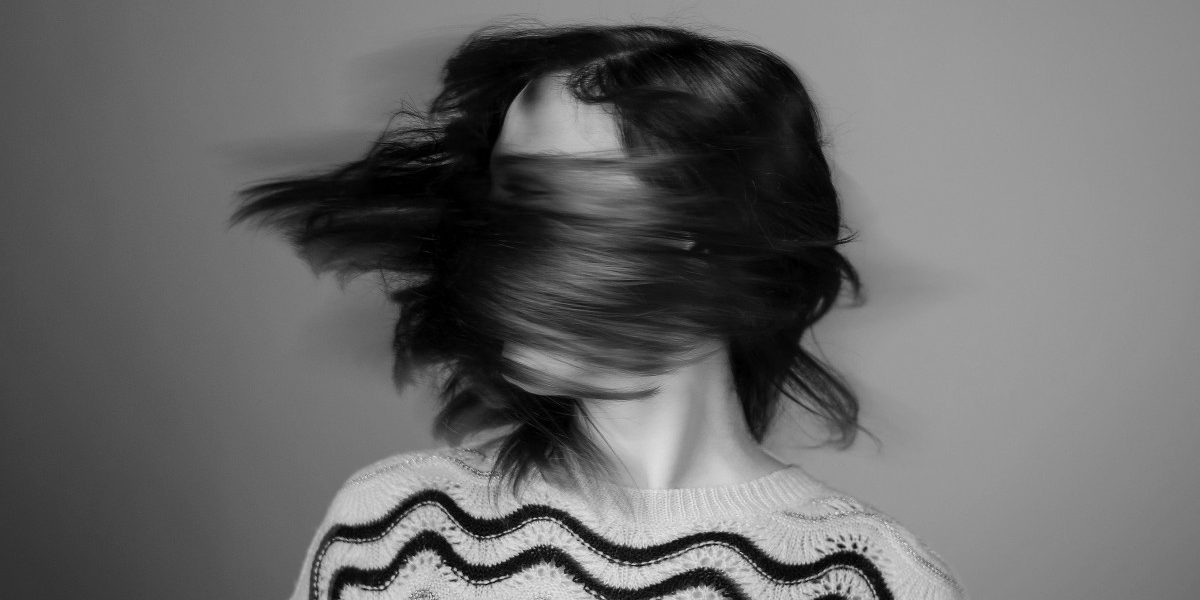 The #MeToo movement has brought the experience of sexual violence that women face every day to the surface again. These personal narratives have received some support, but sadly, even today, the larger discourse tends towards doubting and blaming the victims.

Sexual violence in some form or other is everyday reality for most women in India. I am yet to encounter a single woman who hasn’t experienced some form of sexual violence and most of them have gone through more than one incident of sexual assault. These include violence from a partner, a family member, friend or an otherwise known person, sexual harassment at the workplace, sexual harassment in the street, assaults by unknown persons and child sexual abuse.

In discussions around the numbers, ‘he says, she says’, false accusations and media trials, we often forget how sexual trauma and recollections of it affect the victims.

Sexual assault is one of the most traumatic experiences that women can face. Our brain processes sexual assault as a threat and triggers a ‘fight or flee’ response. There are different parts of the brain that prepare our body to respond to traumatic events by releasing more hormones. These include catecholamine to help decide whether to fight or flee from a situation, cortisol to help with the ‘fight’ response and oxytocin to help deal with the physical and emotional pain occurring during the event.

While these substances help our bodies deal with traumatic events, they also temporarily impair our reasoning. Sometimes, they don’t allow the person to think about various options available to assault, block emotional reactions or triggers an entire shutdown of the body, also called tonic immobility. These effects are autonomic, and we have no control over them.

Hormone-release also affects the brain’s hippocampus region, with consequences for how we consolidate and encode events in our memories. Specifically, memories become fragmented and difficult to recall.

Sexual assault has severe consequences for mental health in both the short and long terms. It precipitates drastic changes in women’s self-image, esteem, immediate social interaction and work. It alters a person’s perception of their lives, future and capabilities. There is also a lot of social stigma to deal with.

Fear is a sense of dread related to immediate danger; anxiety is a more extreme worry about the future. Both these emotions are experienced by victims of sexual assault in the short term and often in the long term – and are validated by societal tendencies to shame/blame them instead of the perpetrators. Fear can take over a person’s life in many ways: women might not be able to sleep or venture out alone; be apprehensive about experiencing another assault, be afraid for the safety of their families as much as about another person’s reaction when they find out. Perpetrators can exacerbate these feelings by threatening the person’s family members and their future.

Anxiety may result in irritability, inability to concentrate, indecisiveness, constant vigilance, and sleep and appetite disturbances. People also tend to be overly concerned with their perceived shortcomings, particularly when one is assaulted at the workplace by a colleague or anyone with more power in that space – a space that extremely hetero-patriarchal, where women have to work many times as hard to be in the same position as men.

People may also experience panic attacks presenting as extreme distress and physical symptoms like shortness of breath, palpitations, chest pain, perspiration, increased heart rate, chills or hot flashes. These symptoms become worse if the person has to be around the perpetrator, as is often unfortunately the case.

Anger, born of a lack of control over the situation and powerlessness, also manifests in different forms. Many people might not feel it immediately after an attack and can take time to experience it. It can be directed externally, towards the perpetrators and the individual’s family members or friends, or internally, towards themselves, blaming themselves for the assault and developing guilt. Narratives of victim-blaming in the outside world become their own. 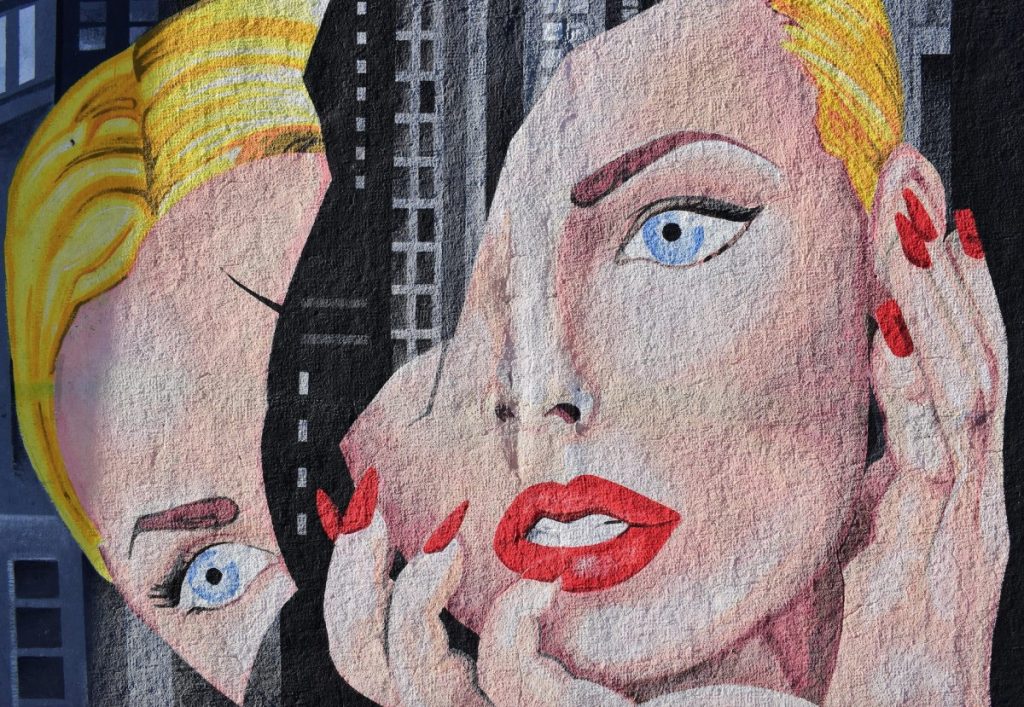 People have expressed feelings of disgust with their bodies and selves. They feel responsible for having put their families in whatever situation, and blame themselves for not being able to flee their circumstances or fight back. As a result, women typically experience great difficulty when recounting their stories even to their loved ones. If the reactions are not supportive, the shame and guilt become more ingrained.

In fact, even though many people experience sexual assault, it tends to be an isolating experience thanks to the shame and lack of understanding associated with it. People also don’t have the vocabulary required to express the complex set of emotions that they go have in the aftermath. When people are indeed able to express themselves, lack of support from families, the media and other organisations, together with a constant demand for proof of assault, perpetuates the isolation. People are forced to carry this burden alone; sadness and a feeling of loneliness take root.

When this complex jumble of emotions isn’t dealt with properly, the result is a long term illness, such as depression, anxiety disorders, post-traumatic stress disorder (PTSD) and substance abuse. PTSD is characterised by flashbacks of the event, nightmares and dissociative symptoms – feeling disconnected from reality, depersonalisation and derealisation.

There is also apathy, or indifference, which is the suppression of emotions or desires. We have all heard some people claim that a victim seems to be unaffected by the incident. This only appears to be the case but is actually not; it is a physiological and mental response to an extremely violative incident.

Sexual violence is a personal account and every victim’s experience is different. They may not feel the same emotions in the same way or even order. But what is common to all those who have experienced such violence is that it is a debilitating experience and affects every aspect of one’s life.

Watch: #MeToo Is an Inflection Point in the Indian Feminist Movement

However, the road to recovery needn’t necessarily be unpleasant. It is possible to create an environment of understanding and trust to help women recover better. Various accounts of women as well as studies have shown that having a healthy support system can help victims deal better with trauma.

As a first step, it is important to believe the women’s accounts and ensure they have a safe space where they can speak on their own terms. It is also important to seek medical and mental health care from professionals trained to deal with sexual trauma. Finally, beyond the legal and healthcare systems themselves, we as partners, colleagues, friends and members of other social zones can help make things easier for the individual. For example, we must be patient with the person, help them access and deal with doctors, lawyers and the police, keep ourselves as well as them educated about possible courses of action, let them decide and respect that decision.

Questions like “why didn’t you leave the person” or “walk away from that place” are tantamount to blaming them, and shouldn’t be done. Sexual violence is the kind of transgression of one’s physical and non-physical identities that it takes many years to cope with even with the best support system.

Finally, we can also help by making the social media less toxic for everyone. Discounting the narratives of women and interrogating them is harmful and discourages them from persevering with a step it has been very difficult for them take. Even if you are going to be a passive onlooker, you can help by believing them and standing by them. Ultimately, it is their journey, their experience to share and their decision to act. Their choice.

Prachi Yadav is a counselling psychologist who has worked extensively with survivors of sexual and domestic violence with Doctors Without Borders (MSF), Delhi. She has received training at the  Tata Institute of Social Sciences, Mumbai, and undertaken research on domestic violence among queer persons.