Meet Mejim Dususow, an ASHA Surviving at the Margins of India's Health System

Mejim Dususow has 20 years experience being a dai and an ASHA. She is paid Rs 600 per birth, and runs a small shop to help with household expenses. 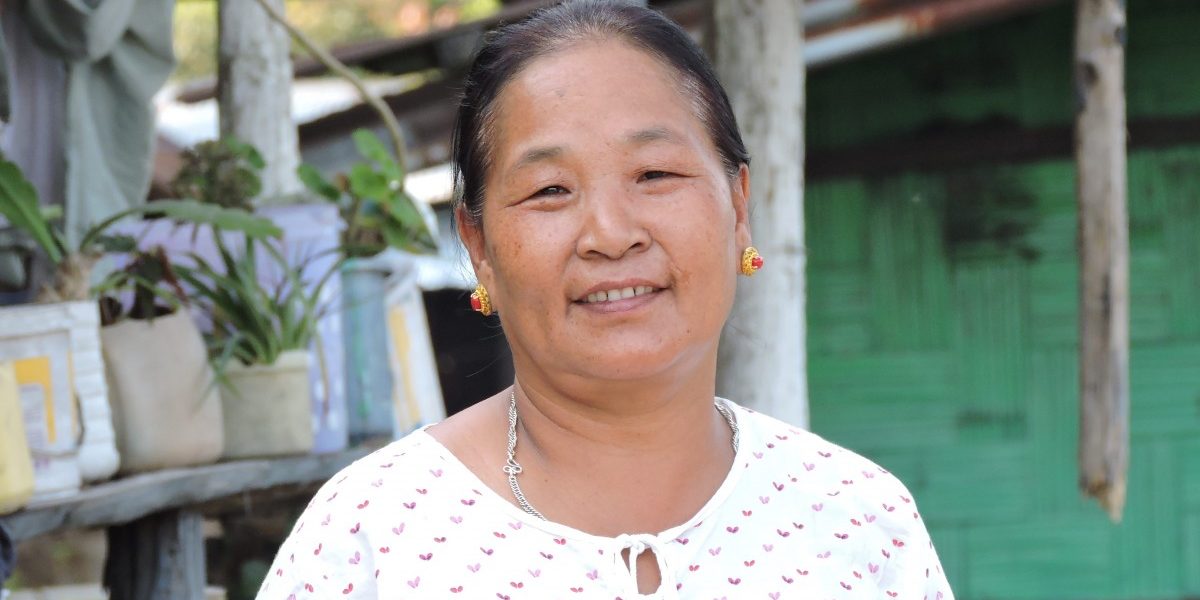 Almost a million ASHAs (accredited social health activists) work across India and are part of one of the largest public healthcare programmes of the world. Launched in 2005, the ASHA programme is meant to strengthen delivery of government healthcare services in rural areas and foster community engagement and ownership of the health programme.

However, a new review finds that many studies from other parts of India have short-term engagements that focus on outcomes that “do not reflect the everyday operating reality of the large-scale routine programme”.

Mejim Dususow has 20 years of experience being a dai and an ASHA in Arunachal Pradesh, and through her we hope to understand the reality of working as a health worker in a place where little information exists. In her early days as a dai, she assisted her mother with delivering babies. It was a woman doctor from Nagaland (who now resides in Arunachal Pradesh) who helped her get a break as an ASHA.

Mejim now lives in Kola camp village, on one side of the Kameng river that forms the boundary of Pakke Tiger Reserve in West Kameng. She collects data on pregnancies and frequently visits expecting pregnant women around the reserve. She has helped deliver 720 babies thus far.

When people inquire about how deliveries happen in the community at the community health centre at Bhalukpong, the district medical officer attributes their success to his team of ASHAs. When we visited the centre, we met a doctor who had joined in 2018 and was on his first medical posting. “I salute them, in every delivery that happens here they have a hand,” Dr Ningcho said.

Also read: In Assam, the Healthcare Apparatus for Women Needs a Complete Overhaul

Mejim is popular around Pakke. The more people know of her work, the more they call her. She often has to arrange her own transportation when dealing with their needs and is on call 24×7. Her midnight calls to drivers are usually pleas of insistence: “Chalo chalo bhai, ye aurat taklif me hai, usko ponchadoh (Come on brother, this lady is under great stress, take us).” She now gets calls for help from the bordering areas of Assam as well.

Life as an ASHA isn’t easy. She gets paid Rs 600 per delivery and handles about three to four deliveries every month. She also runs a small shop to help pay for household expenses. Her husband is a peon in the forest department and pays for most of their household expenses.

She says it is a noble job, especially for those who are educated and urges the ASHAs that have gone through the formal schooling system to hang in there, often because they can apply for higher positions such as nurses and midwives in the health department.

She also faces emotional trauma as a community health worker. For those who know her, it is obvious. In one instance, she had to handle a complicated delivery case all by herself, and despite her best efforts, the woman delivered in one of the villages she covers instead of at a better equipped centre. There were no gloves available and all she could use to receive the child into the world were her bare hands. Unfortunately, the umbilical cord was wrapped tightly around the child’s neck.

“I still remember that infant and that I didn’t have gloves that day, so I now feel dirty eating with my hands,” Mejim said.

There was another ‘please come, call the doctor’ at her shop recently. A pregnant woman was waiting next to a hut at a railway track in Assam for the ambulance to arrive. By the time Mejim got there, the woman’s contractions had begun, so Mejim set out to deliver the baby in the hut itself. When the ambulance finally arrived, they took the woman, now unconscious, and her baby to the community health centre at Bhalukpong.

The doctor was able to revive the woman and congratulated Mejim for saving the baby. But he was also curious: how did Mejim, who often describes herself as “uneducated”, remove the coiled umbilical cord from around the baby’s neck? It turned out Mejim learned how at her neighbour’s house when she was 16.

She is matter-of-fact when she says she learned this and many other things from her “uneducated mother”. Time will tell how Mejim’s tacit knowledge, which survives on the margins of our healthcare system, will live and be passed on.

Julee Jerang and Nandini Velho are part of a larger research programme on tribal health determinants around tiger reserves funded by the Wellcome Trust/DBT India Alliance.

Note: This article was updated on May 10, 2019 at 9:37 am to correct a mistake. Mejim’s last name is Dususow, not Sidisow, as was originally stated.