India had first rejected a patent for this breakthrough drug which sells at US $1000 per pill. Last year, India overruled its own decision and granted Gilead a patent for it. 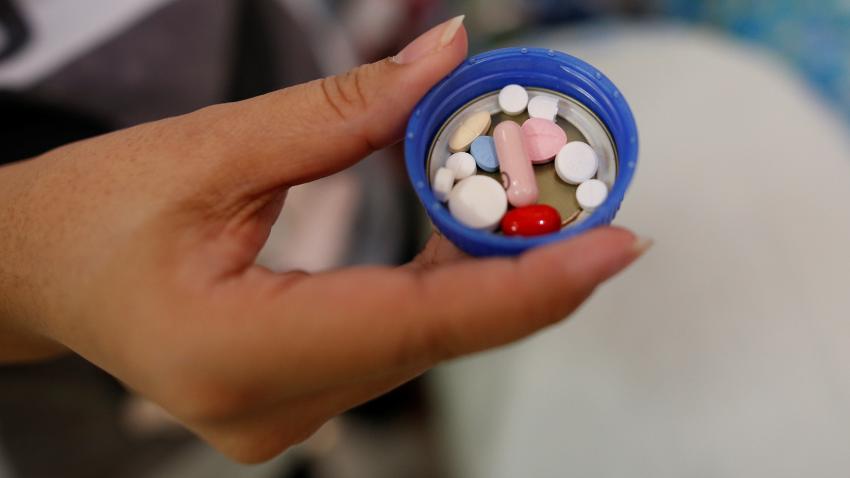 The Malaysian government has approved a government-use compulsory license which would allow the import of generic versions of Gilead’s patented hepatitis C drug, Sovaldi. The decision was made in August but has become public this week. On September 14, Malaysia’s The Star reported that the Malaysian cabinet had approved for this license. The move will make generic and cheaper versions of the same drug, which has been sold globally at $1000 per pill. The low-cost versions will now be available in Malaysian public hospitals and will benefit around 4,00,000 people in Malaysia. Sofosbuvir, which goes by the brand name Sovaldi, is on the World Health Organization’s list of essential medicines.

In 2015, India’s patent office had rejected Gilead’s application for a patent on the same drug, which meant India would be able to make and sell generic versions domestically and globally. However, in 2016, India’s patent office reversed its own decision. This happened after Gilead appealed to the Delhi high court, which directed India’s patent office to reconsider its refusal of patent. India said it rejected Gilead’s patent application because the drug represented only minor changes to a previous formulation and that minor changes in the molecule did not improve the drug’s efficacy. After Gilead appealed it, the same patent office granted Gilead a patent, saying it had now found its compounds to be novel and inventive. Last month, India also issued a patent for Pfizer’s pneumococcal vaccine. This vaccine had it’s patent revoked by the European Patent Office in 2014.

The hepatitis C virus destroys the liver and is estimated to have infected 150 million people globally, according to the World Health Organization. In Malaysia, hepatitis C affects 2.5% of the population, which is about 500000 people. In India, it has affected an estimated 12 million people.

The Malaysian government’s decision was apparently taken on August 4, 2017, but was made public only this week. Towards the end of August, Gilead reportedly offered Malaysia a voluntary license for this drug along with Thailand, Ukraine and Belarus, but the government appears to have rejected that offer in favour of a compulsory license.

Health watchers in Malaysia see Gilead’s sudden attempt to offer a compromise in the form of a voluntary license, a result of the Malaysian government’s resolve to push ahead with a compulsory one. “The decision to include these countries, however, no doubt is a response to increasing pressure from within these countries to either issue a compulsory license or a government use license, invalidate the Sofosbuvir patents, or block data exclusivity for the drug,” says Fifa Rahman, former manager for access and affordability for hepatitis C drugs at the Malaysian AIDS Council.

Other health advocacy groups have also expressed similar views. On this, the Consumers Association of Penang said in a statement, “The government’s move to issue a government use license is one reason why the company has after so many years agreed to include Malaysia in the scheme.” They encouraged the government to stick to its decision to issue a government-use license, and not take up Gilead’s offer for a voluntary license, as this would inhibit Malaysia’s freedom to develop, import, distribute and price generics.

Different countries and different approaches for the same drug

While it seems Malaysia has not risen to the company’s bait for a voluntary license, which Gilead offered to Malaysia, Thailand, Ukraine and Belarus in August, India has taken this option.

In India as well, Gilead issued voluntary licenses for their hepatitis C drug to 11 generic manufacturers in 2014, which would benefit 101 developing countries. One among these companies was Natco Pharma Ltd. Natco had opposed Gilead’s patent at India’s patent office but withdrew its opposition after Gilead gave the company a voluntary license to begin manufacturing generic versions of its drug. The other companies in India with licenses are Cipla, Ranbaxy, Cadila, Mylan Laboratories, SeQuent Scientific, Strides Arcolab and Hetero Drugs. Gilead has also reportedly given licenses to two manufactures in Egypt and one in Pakistan.

Gilead’s hepatitis C breakthrough drug Sovaldi, has been a point of friction in many countries with governments and patient groups trying to convince the company to make its drug more affordable. While India rejected and then granted a patent to Gilead, countries like Egypt, Argentina and Ukraine have rejected it. Malaysia is the first country to issue a compulsory license to Gilead’s patented drug. This compulsory license is also Malaysia’s second one – Malaysia had previously issued them for anti-retrovirals, to treat HIV which is estimated to have helped close to 90% of those on HIV treatment since 2006. India has so far issued only one compulsory license – for Bayer’s cancer drug Nexavar in 2012.

India’s initial rejection was based on section 3(d) of the Patents Act. This section seeks to prevent ‘evergreening’ of patents, by which companies seek to continually extend their monopoly over their patents by applying for its renewal close to its expiration. Section 3(d) denies patents for drugs which are only modified versions of previously known substances and which are not truly inventive. Writing about the change in India’s stand, lawyer Shamnad Basheer wrote that the granting of a patent seemed to have placed the burden of proof on the opponents to Gilead’s patent, whereas according to section 3(d), it is on the patent applicant.

In Malaysia, the government seems to have relied on Section 84 of their Patents Act. The Malaysian health ministry had recently tabled a cabinet paper on the rights of the government under this section.

Malaysian patients will benefit the most

About 5,00,000 people are estimated to be suffering from hepatitis C infection in Malaysia. The Malaysia AIDS Council (MAC) commended the Malaysian government for issuing this license as it would allow the import of “the highly effective but exorbitantly priced medicines at the lowest possible costs from generic drug companies.” Their statement says that this decision will “significantly reduce the financial burden of the government to provide cure to the thousands of Malaysians living with hepatitis C.” They also cited section 84 of the Malaysian Patents Act, which protects the government’s right to have taken this decision. This clause is also compliant with the World Trade Organization’s TRIPS agreement (Agreement on Trade Related Aspects of Intellectual Property), says MAC.

The government of Malaysia is currently conducting clinical trials on hepatitis C drugs, with the aim of bringing the price down to approximately $240 per patient for treatment. The Malaysian government had been offered the price of $12,000 for Gilead’s drug whereas generics are available at $200-1000. In 2013, Gilead listed the price of Sovaldi in the at $1000 a bill, or $84,000 for a 12-week course.

This liver-destroying disease is caused by the highly infectious hepatitis C virus. The virus results in liver failure or cancer, and is likely to be detected only in its advanced stages. There is also a high risk of HCV and HIV co-infection as the virus is passed through blood and semen. Treatment for hepatitis C has changed drastically over the years and now can be cured with oral anti-virals like Gilead’s Sovaldi.