The Buzz in Varanasi Is Around a Train Not Going Anywhere. Find out Why.

The Lifeline Express train-hospital has arrived in Varanasi, conducting training and awareness programmes in addition to medical treatments and surgeries to rural residents who do not have access to proper healthcare. 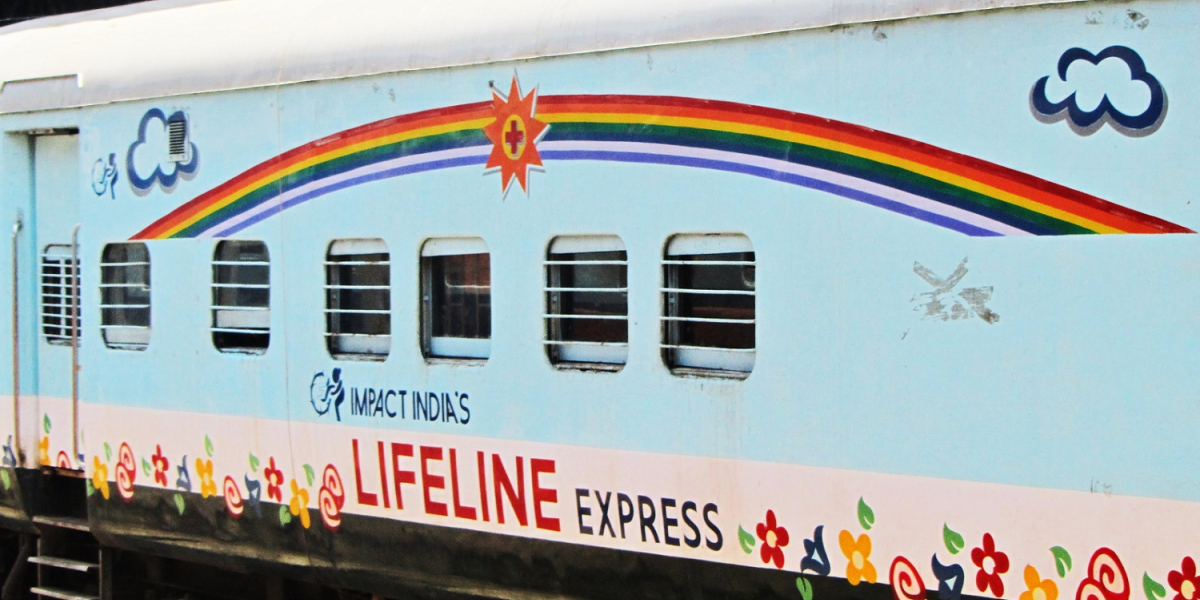 The Lifeline Express acts as a hospital, providing healthcare to people across India. Credit: YouTube

Sometimes the light at the end of the tunnel is a train! This witty adage has gained whole new meaning in rural UP over the last few weeks. All thanks to the Lifeline Express pulling up at Varanasi’s Kaasi station on August 19, touted as the world’s first hospital train.

A joint venture by the Ministry of Railways and Mumbai-based NGO Impact India Foundation (IIF), this unique train embarked on its journey from Mumbai’s Chhatrapati Shivaji Station in 1991. Seeing the widespread diseases and disabilities prevalent in the country as a result of neglect or ignorance, it was launched with the aim of bringing medical care and awareness to far-flung rural areas generally deprived of healthcare facilities. With the railways ministry maintaining the three-coach train along with basic amenities like electricity and water supply, and the IIF providing state-of-the-art surgical services therein free of cost, it has gained a misnomer fast creating ripples across rural Varanasi too – it’s being called the “magic train”.

With 1,000-1,500 people flocking to Kaasi station daily, there’s been much hullabaloo in the locality around the Lifeline Express, which has injected life into an otherwise dull, rainy season that has kept most indoors. Everyone is singing its praises – calling it an extremely thoughtful initiative. Despite the long waiting time of four to five hours, Ved Prakash commends the simple and convenient procedure it employs, since all a patient is required to do is show her Aadhaar card to avail of the services. In a similar vein, Durgesh Nandini and Hiramani Devi hail the magnanimous change it has had on the lives of the poor. “I am a poor woman and it has truly made a difference in my life – I appreciate it,” says Durgesh.

The Lifeline Express is usually stationed at a place for three to five weeks, and is run akin to a medical camp, conducting training and awareness programmes in addition to medical treatments and surgeries. It relies on community participation and collaborates with the concerned primary health centre or the community health centre for its smooth functioning. A preliminary screening is carried out prior to the train’s arrival at a location, in which a medical team visits the particular area to assess vital health indicators, available healthcare facilities, and disability data in order to determine the medical requirements of the locals. Thereafter, once the train arrives and the camp is set up, local villagers and NGOs assist in ancillary services such as post-operative accommodation, disciplining patients, and food and laundry services. Anil Sinha, a senior doctor at the ongoing Varanasi camp, informed us that besides ten surgeons and specialists, 40 dedicated nurses are currently working on the train day and night.

Arvind Kumar, who had a successful cataract surgery aboard the Lifeline Express, is now awaiting his next one. He shared his story, “I came here on August 21 to consult a doctor for my eyes – I had cataract in both of them. They operated upon one of my eyes, after which I was admitted here for one night. My surgery was conducted efficiently in a systematic manner, and I was given all the facilities that may be required by a patient. They even provided me with wholesome meals and snacks regularly. The doctor has advised me to get my other eye operated on after 2 months, but I’ll have to get that done elsewhere as the train will be gone by then.”

While the initial focus was primarily on cataract, cleft lips, and polio, the range of medical services offered on board have expanded since to match the train’s growing popularity and demand. It now includes cancer treatment, epilepsy treatment, plastic and dental surgeries, as well as curative treatment for people suffering from disabilities. In fact, in 2016, the railways donated two new coaches to the train specifically for cancer treatment and family health. Hiralal Lodhi, a 52-year-old tea vendor from a tiny village in MP became the first person to be treated and operated on for cancer aboard the train in December 2016. In Varanasi, the doctors haven’t yet performed or consulted on any life-threatening diseases we’re informed, not yet.

To get the attending doctors’ views about this project, we spoke to Dr. Lara Dutta, a gynaecologist posted at the Varanasi camp. “We manage to treat around four to five patients daily. It depends both on the kind of surgery required plus the speed and efficiency of the doctor. We have visited different districts in states like Bihar, Jharkhand, Maharashtra, MP and UP – and now we’re heading to Bihar again. I am very happy and proud to be a part of this.”

Varanasi is the last stop of this year’s travels for the “magic train”, with Aditya Birla Capital sponsoring this leg of the tour. 2019 kicks off with Maharashtra.

With rural healthcare not always making the news for the right reasons and most medical students opting for postings that don’t take them into rural interiors, the Lifeline Express, with its corporate-sponsored model, might just be a much-needed shot in the arm. Even if transient.