Leading epidemiologist Jayaprakash Muliyil estimates that as many as two million people could die from the coronavirus once the lockdown is substantially ended but insists the alternative is far worse. 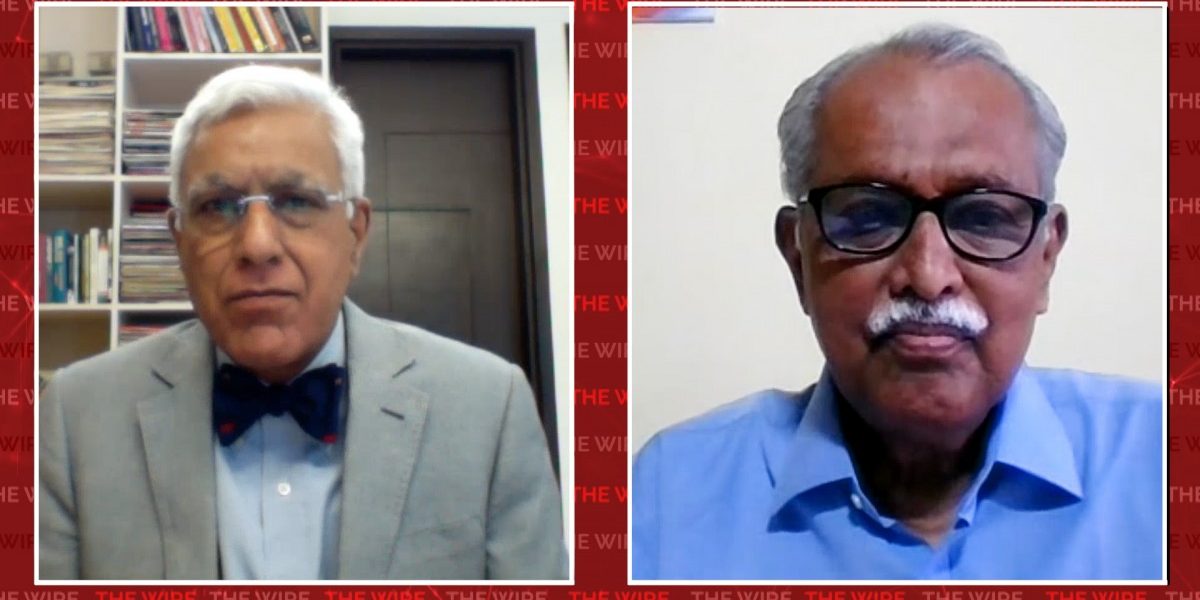 New Delhi: A substantial lifting of the lockdown, even with a ban on huge gatherings, weddings, cinema halls, theatres and restaurants, could lead to upto two million deaths in India says Jayaprakash Muliyil, the former principal of the Christian Medical College in Vellore and present Chairman of the Scientific Advisory Committee of the National Institute of Epidemiology.

However the alternative is to subject hundreds of millions of poor vulnerable Indians to destitution and starvation and, as a result, possible death. He also said that a prolonged lockdown means children are not getting vaccines for diseases like diphtheria and whooping cough, which can also be killer diseases.

In an interview to Karan Thapar for The Wire, professor Muliyil said he had done certain calculations which suggest that a substantial lifting of the lockdown could lead to 7.5 lakh deaths in the age group over 60 in urban Indian.

For the 15-59 year olds in urban India the figure could be just 70,000. However the 7.5 lakh figure could be reduced by upto 30 percent if we can successfully educate the elderly to protect themselves and 50 percent of that age group is able to do so.

Muliyil said his calculations suggest that in rural India, where two-thirds of the population lives, there could be upto one million deaths in the over 60 age group and 97,000 in the 15-59 age group. Therefore the upper range total for urban and rural India comes to 1,917,00 deaths. This is roughly a 18-20% increase on the average figure of just under 10 million deaths a year.

Muliyil said the real challenge when the lockdown is substantially lifted is to protect the age group over 60 years, who constitute 10% of the Indian population.

He said India’s real strength, which could enable the country to learn to live with the virus, is the age profile of the population. As many as 90% are below 60 and 65% below 35. Quoting three separate sources of research he said the mortality rate for a person in their 20s who gets COVID-19 is 35 per 100,000 and for a person in their 30s is 70 per 100,000. These are extremely low rates, he explained.

The professor was dismissive of three findings that the govt takes comfort and reassurance from.

First, the mortality rate. India’s is 3.2% compared to 14% in France, 15% in the UK and a global average of 7%e. Professor Muliyil said mortality rates are calculated differently in different countries because they vary in terms of what they consider a COVID-19 case.

Some go by the number infected, others by the number with symptoms and a few by the number hospitalised. As a result you cannot meaningfully compare mortality rates. He even suggested the basis for calculation varies within India region by region.

Third, the recovery rate which is 31.7% in India and, when judged over comparable periods of time, seemingly better than Italy, France and Spain. Muliyil said in the end the recovery rate would be the same all over the world. There was no reason to believe India is experiencing a less virulent form of the virus or that the Indian people have special immunity to it.

The above is a paraphrased precis of Muliyil’s interview. You can watch it below: